Home > Featured > From The Right: A Conversation with Eugene Hoover (Opinion)
Featured

From The Right: A Conversation with Eugene Hoover (Opinion) 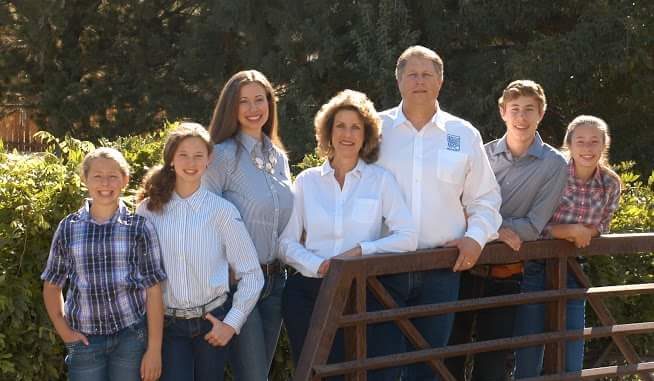 At the Washoe County Republican Party Convention in April I had a chance to sit down and talk with Eugene Hoover, a candidate for lieutenant governor, a long-time Reno area businessman and activist, husband, father of five.

Hoover, a low taxes and small government-focused candidate, summed up his reasons for candidacy: “I’ve been representing small businesses at the legislature for about seven years, trying to get legislators to understand the importance of low taxation and low regulation. In the passage of the commerce tax by the state legislature I felt that was a bridge too far…I believe it’s important that we get rid of some of the bad actors in the state legislature and we get back to representation by the people and I would like to spearhead that in the state.”

Firmly opposed to taxation without representation, Hoover touched on the topic throughout our conversation and on multiple issues affecting Nevadans. 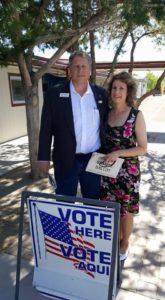 “We have a situation where we do not have representation,” he said. “You only need to look back at the margin tax, and over 70 percent of the voters said no to the margins tax. The legislature, as soon as they got in session after that vote, they passed it anyway.”

This, I have noticed has been a very consistent theme for many Republican candidates in this election year. It also helped to explain his clear and complete opposition to the commerce tax and his support for putting an initiative on the 2018-2020 ballot to repeal it.

He also indicates that if elected he is not interested in making any wholesale changes to the role of lieutenant governor, but will focus on maintaining the lieutenant governor’s current membership to the state boards of tourism, economic development, and transportation, and as President of the Senate. Hoover would also promote being a liaison between the people of Nevada and the state government.

Hoover was very direct about why people should vote for him.

“It’s actually quite simple though. There are only two candidates who are running, me and Michael Roberson, who actually have statewide campaigns. So, the Republican nominee is realistically going to either be me or Michael Roberson and this is a very simple question. Who should you vote for? Well, I suggest you should vote for me because I will represent the people,” Hoover said.

Hoover added that during Roberson’s tenure as Majority Leader in the Senate, the legislator helped push through the Commerce Tax. “Voting for him would be saying yes, I agree with the commerce tax, and more importantly that you agree that the voters should not be represented,” Hoover emphasized.

On his road to victory Hoover’s team believes the race will hinge on “principles and name recognition, bottom line,” along with voters in Clark County. “We’re going to work every single day… I have a good team, I’m very confident in their abilities, and that team is just getting stronger.”

Learn more about Eugene Hoover and his candidacy at: http://eugenehoover.com/

Cole aims to be 1st trans politician to win a...