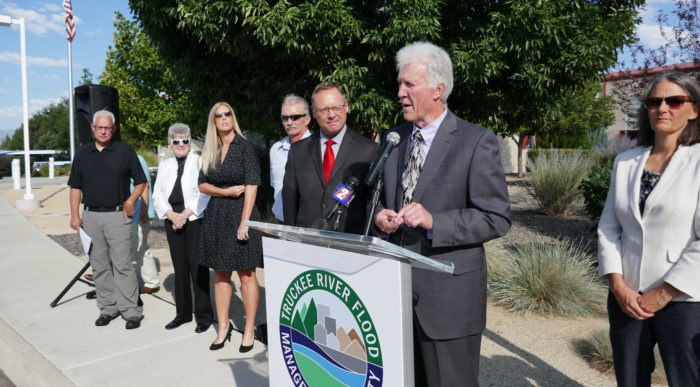 A new tax is expected to appear on November’s ballot.

A property tax was selected last week by the Truckee River Flood Control Project Needs Committee. The committee is tasked with finding a new revenue source to come up with $400 million for flood projects to protect the community from future river flooding.

The committee was set up by legislation passed by the Nevada Legislature. The bill, AB 375, was sponsored by Assembly members Mike Sprinkle, Theresa Benitez-Thompson, Amber Joiner, and Skip Daly.

The committee was modeled in part by WC1, which put up a sales tax to voters in order to fund school construction and repairs.

“Our goal is to utilize the approved federal funding from the Army Corps of Engineers along with the additional local matching funds needed to construct the flood project,” said Jay Aldean of the Truckee River Flood Management Project.

Aldean said that the committee ruled out three other tax options: a government services tax, real estate transfer tax, and a room tax.

“Polling data determined that a property tax was more popular of the four (options),” he added.

The property tax amount still has to be approved by the committee, which is expected to be decided Thursday, March 15, at 9 a.m.