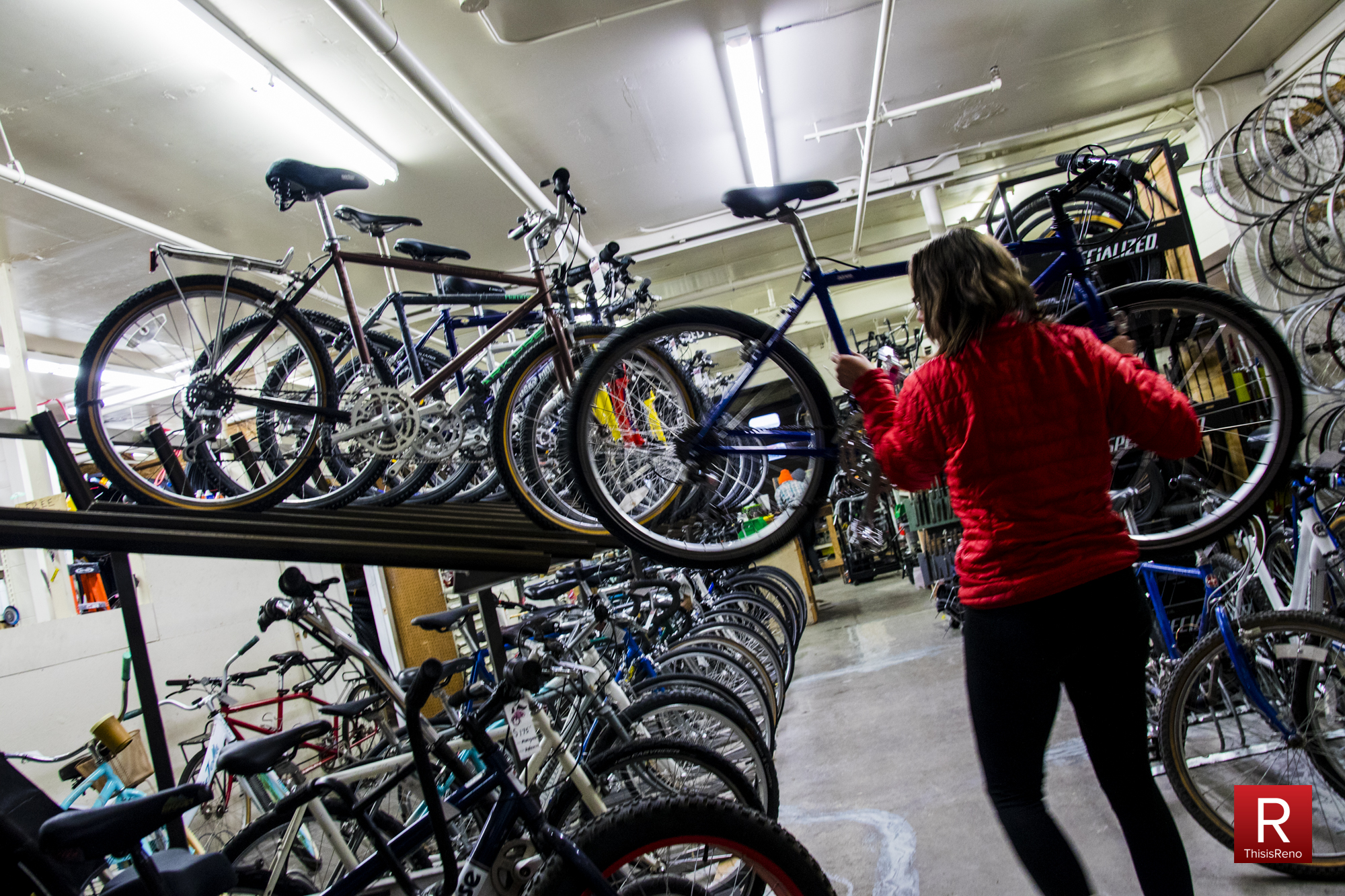 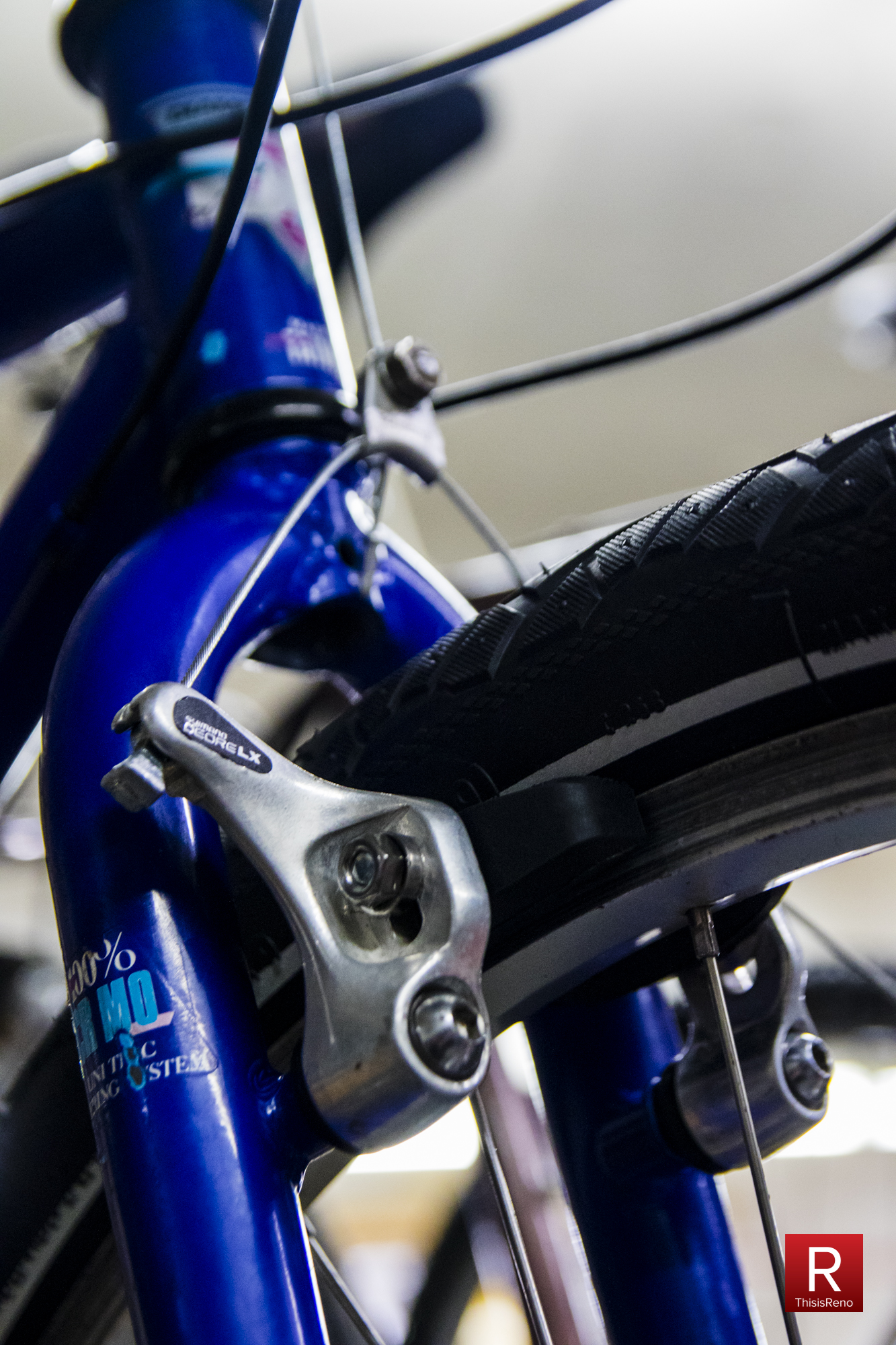 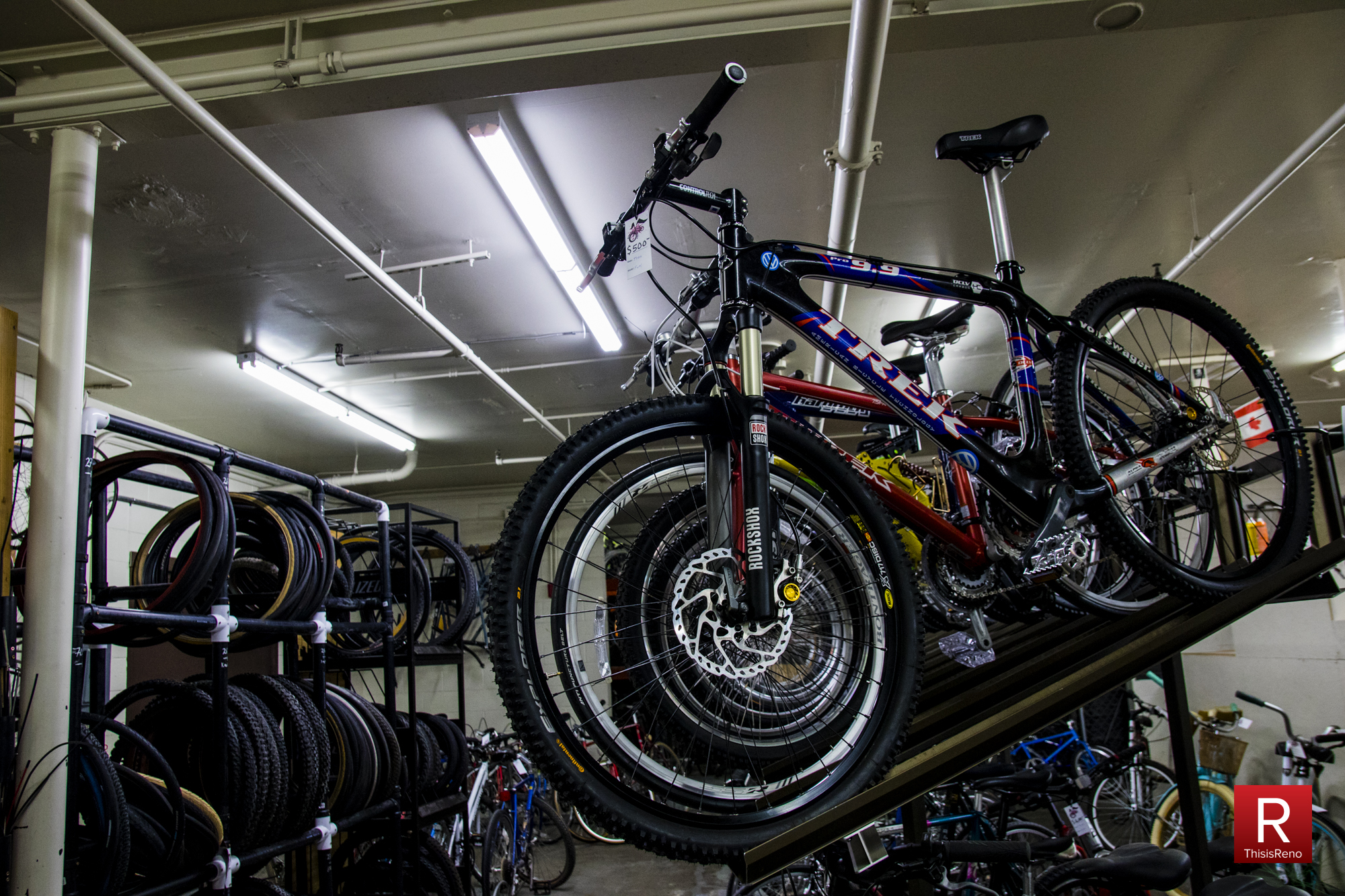 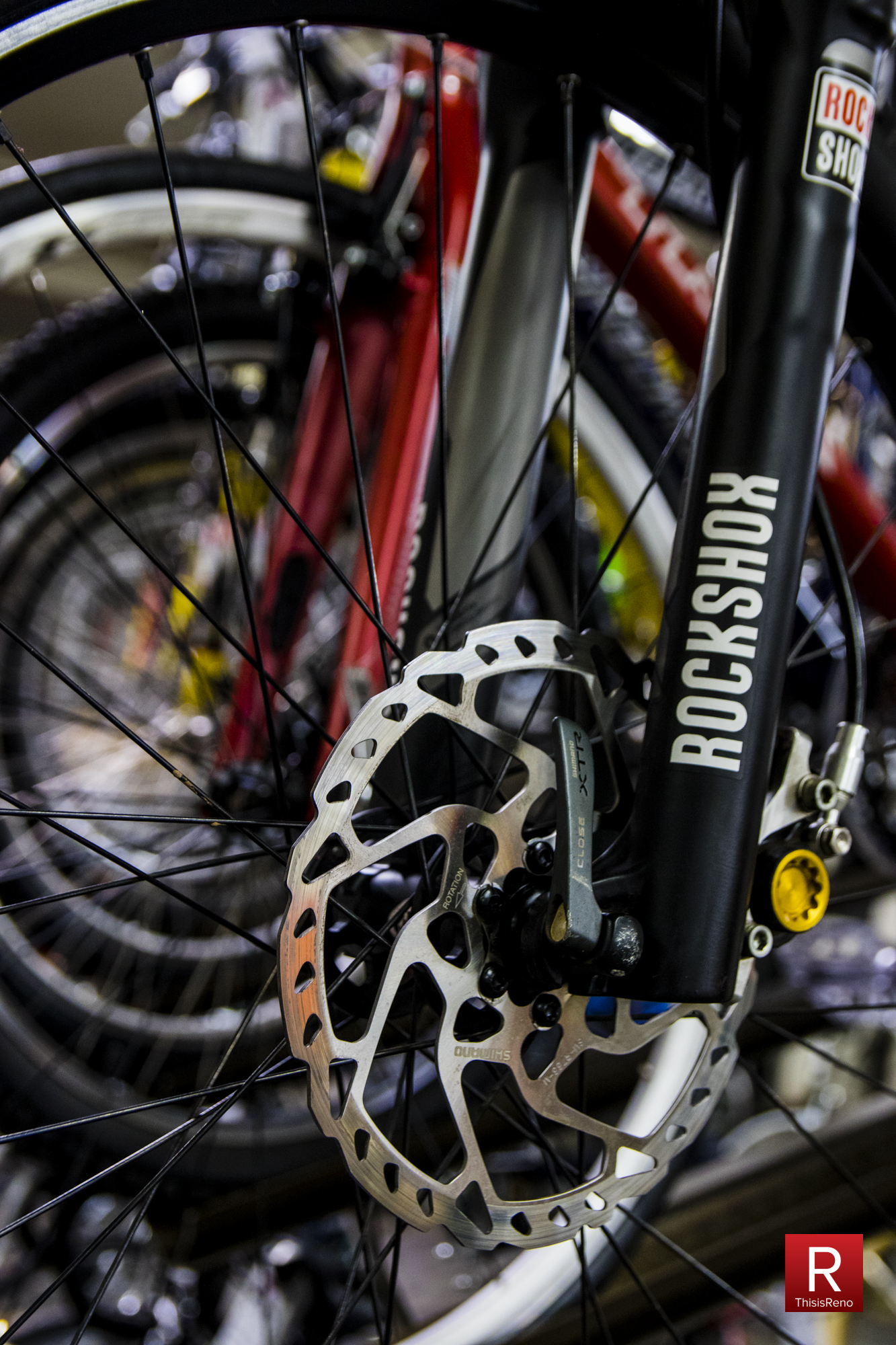 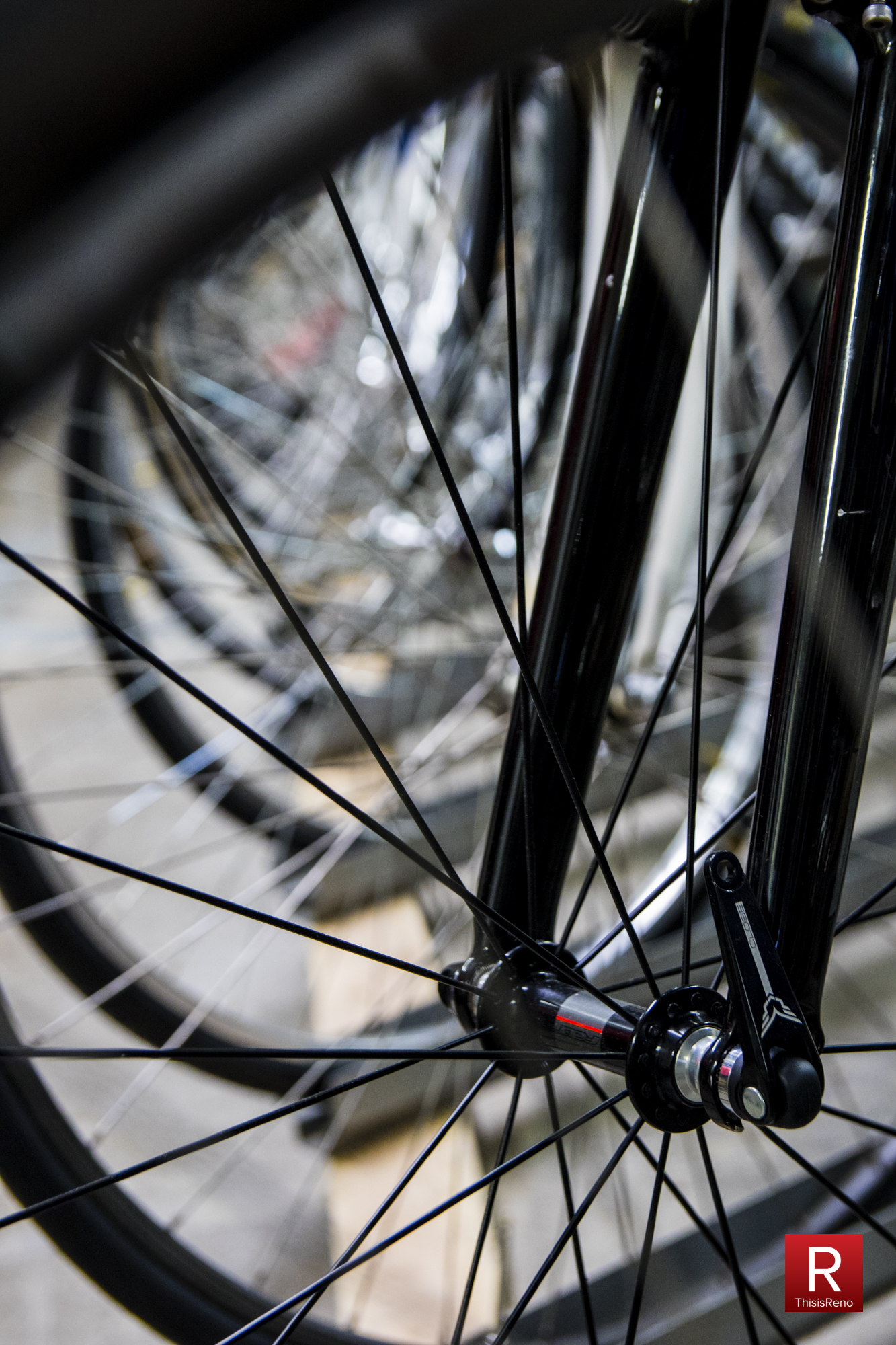 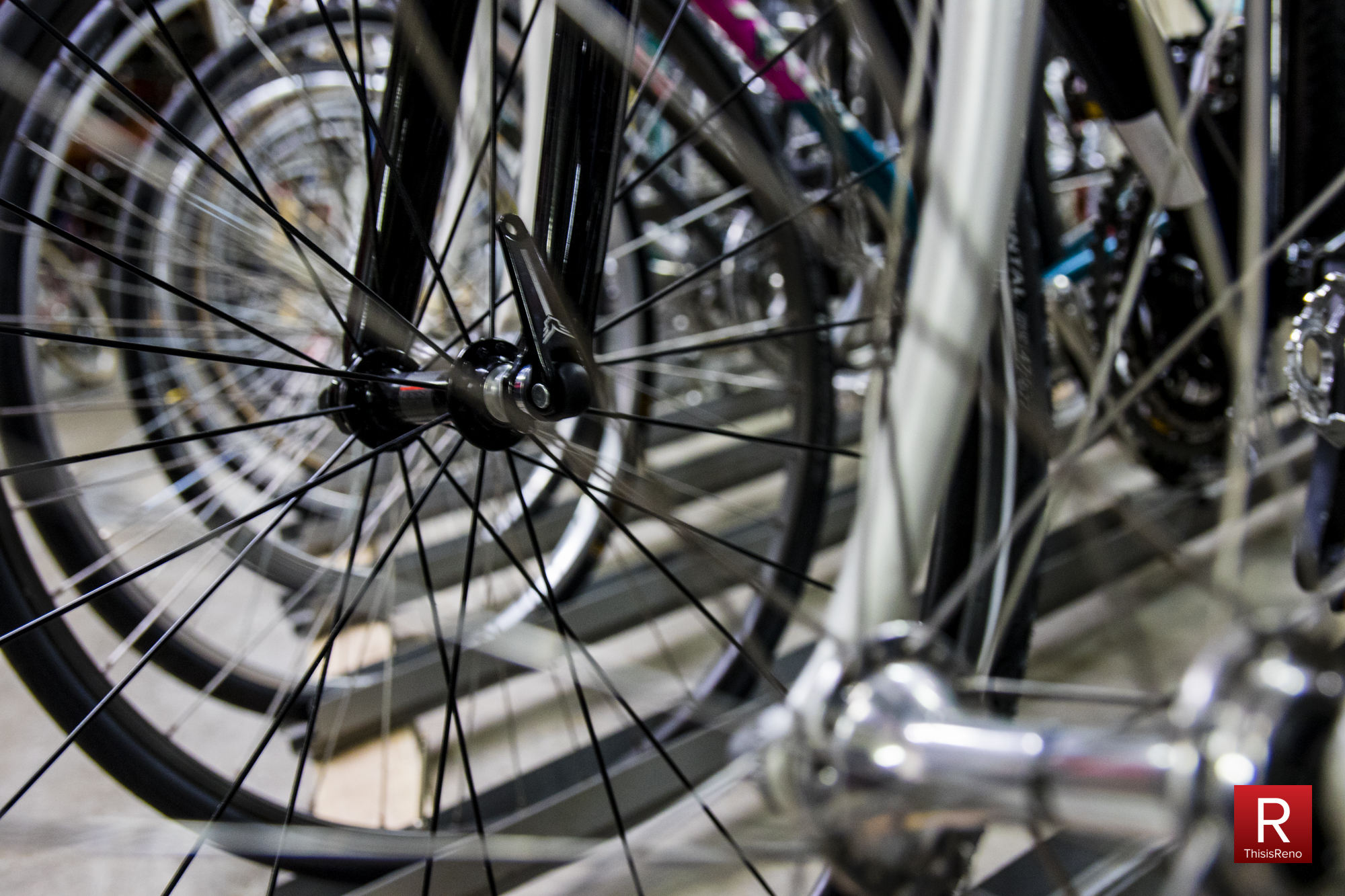 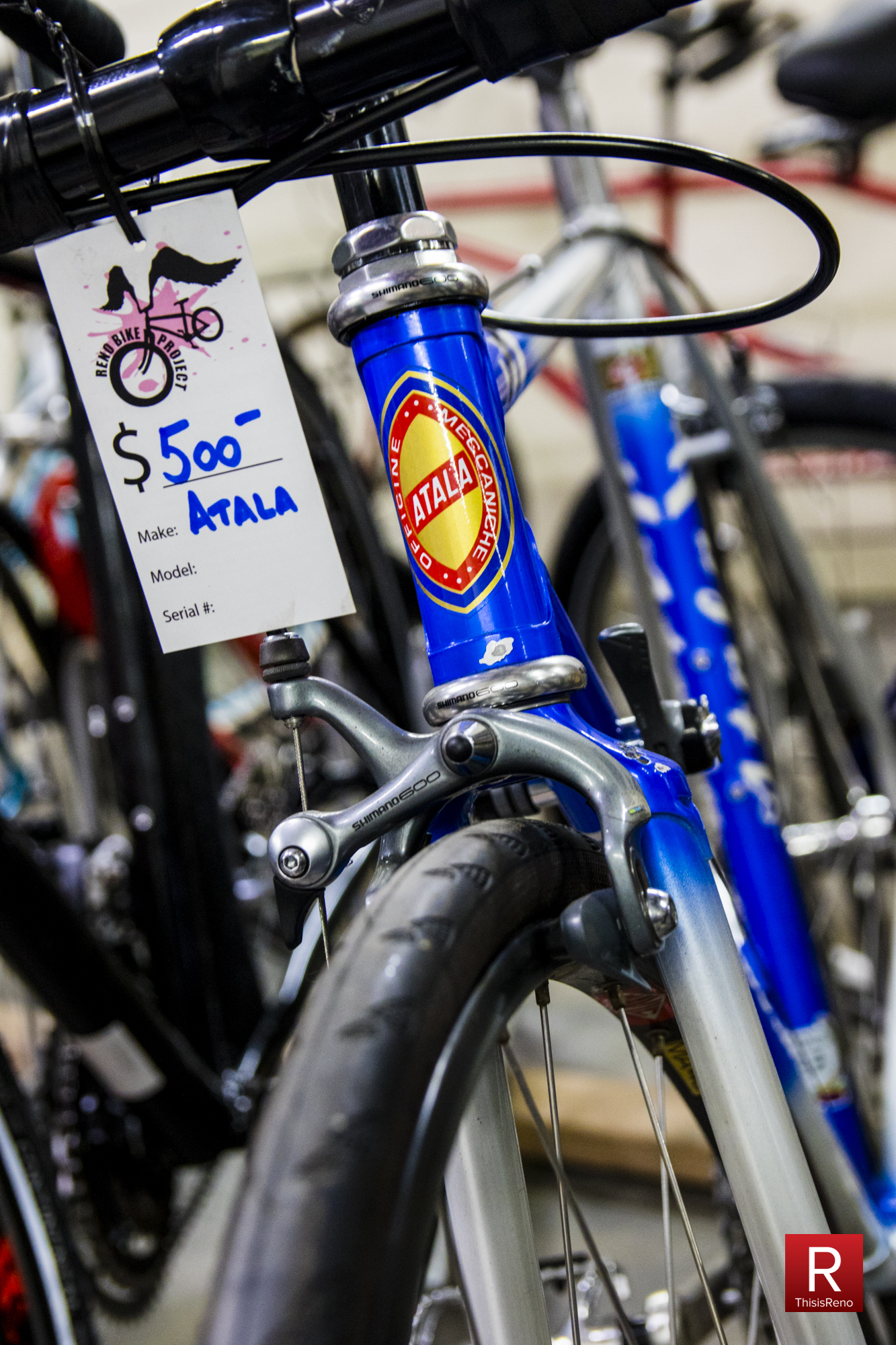 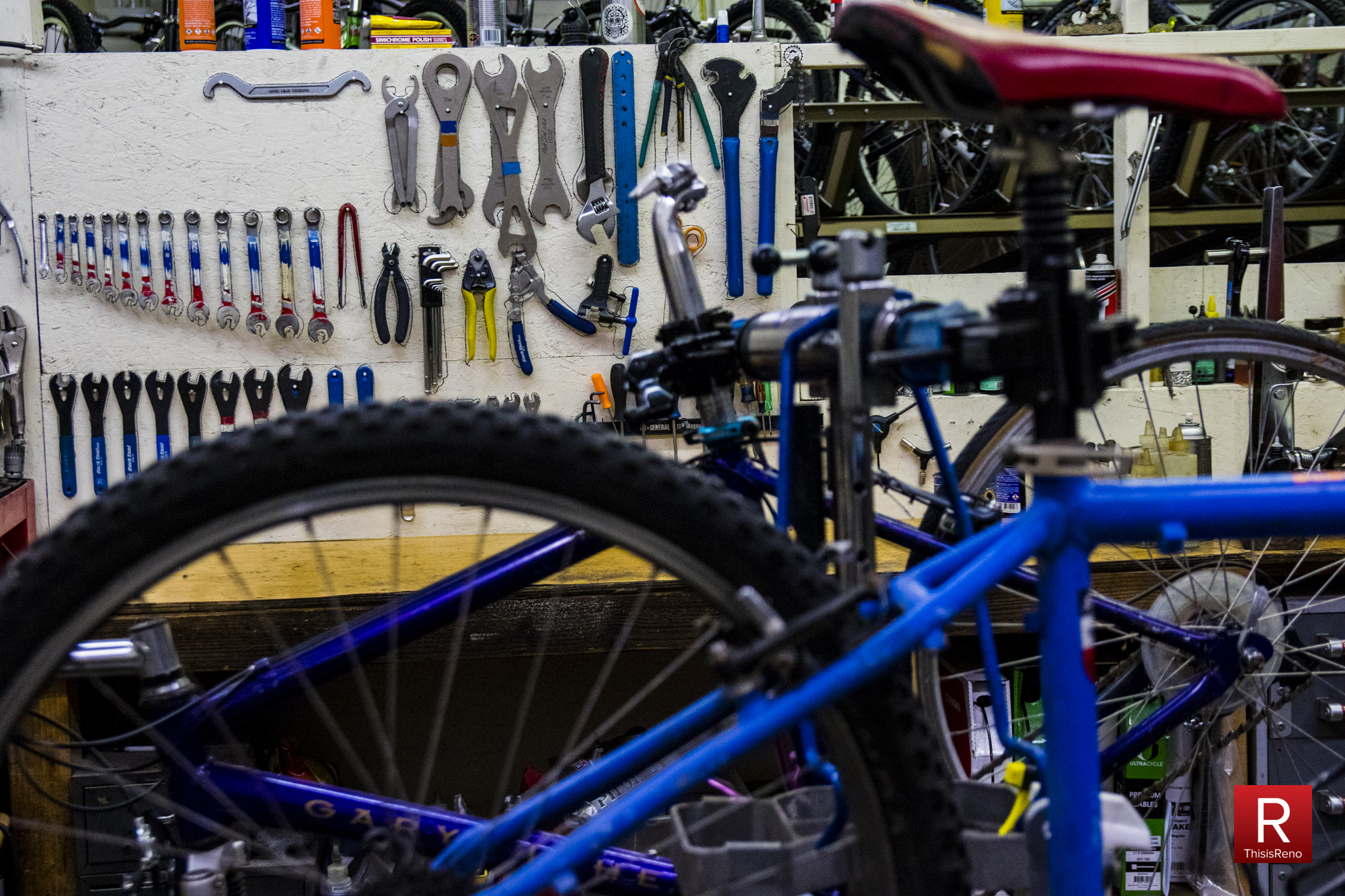 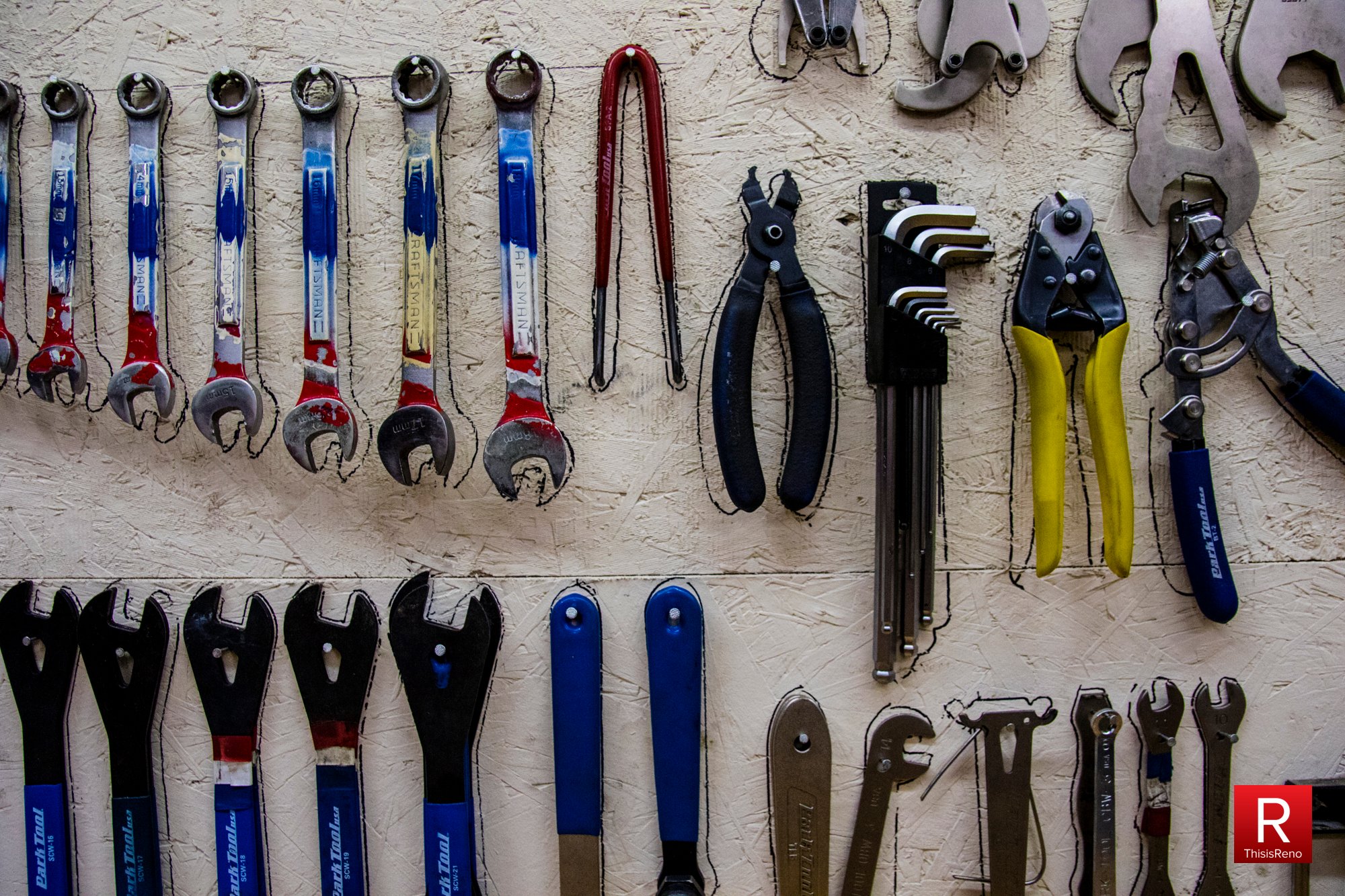 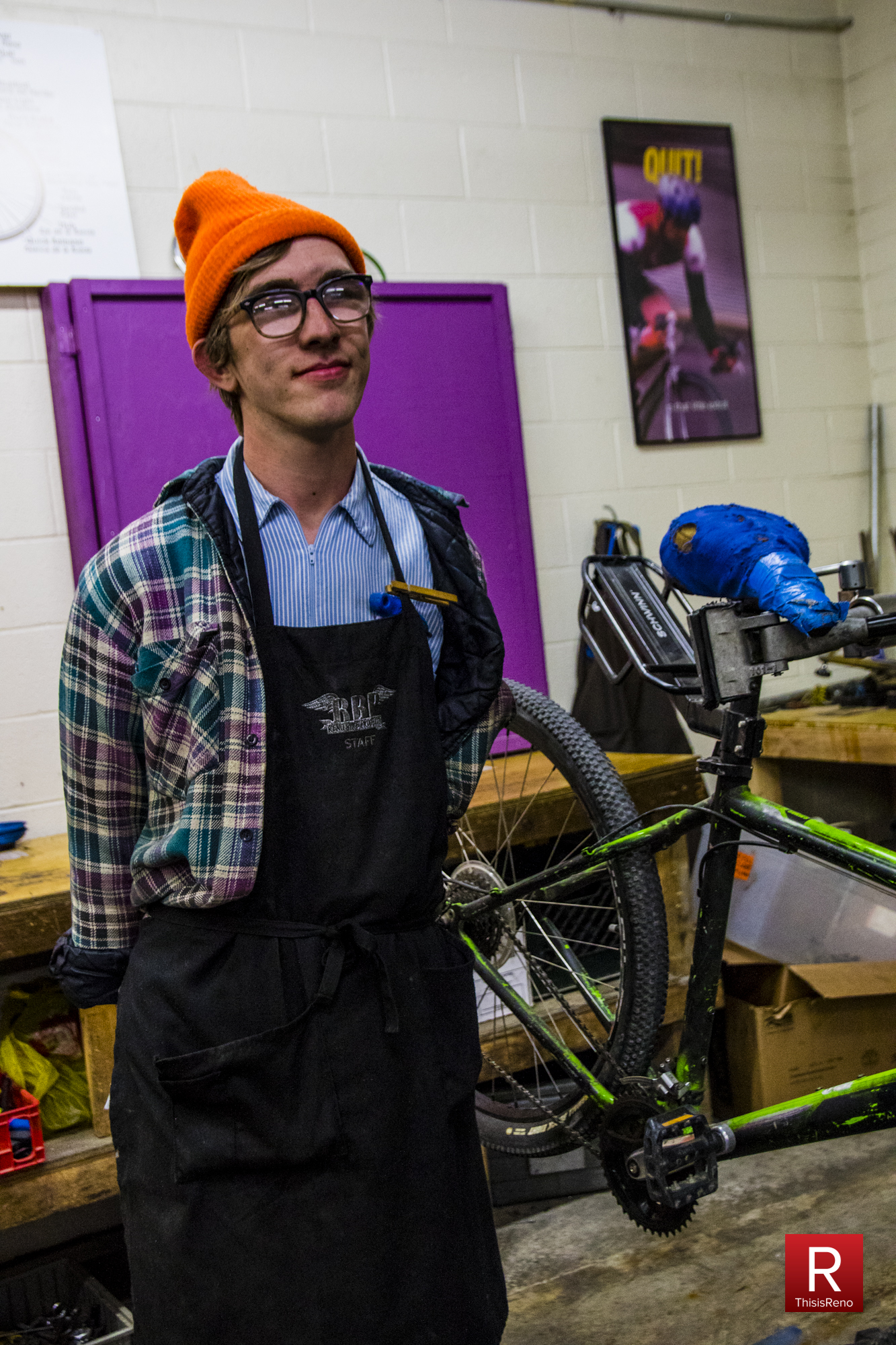 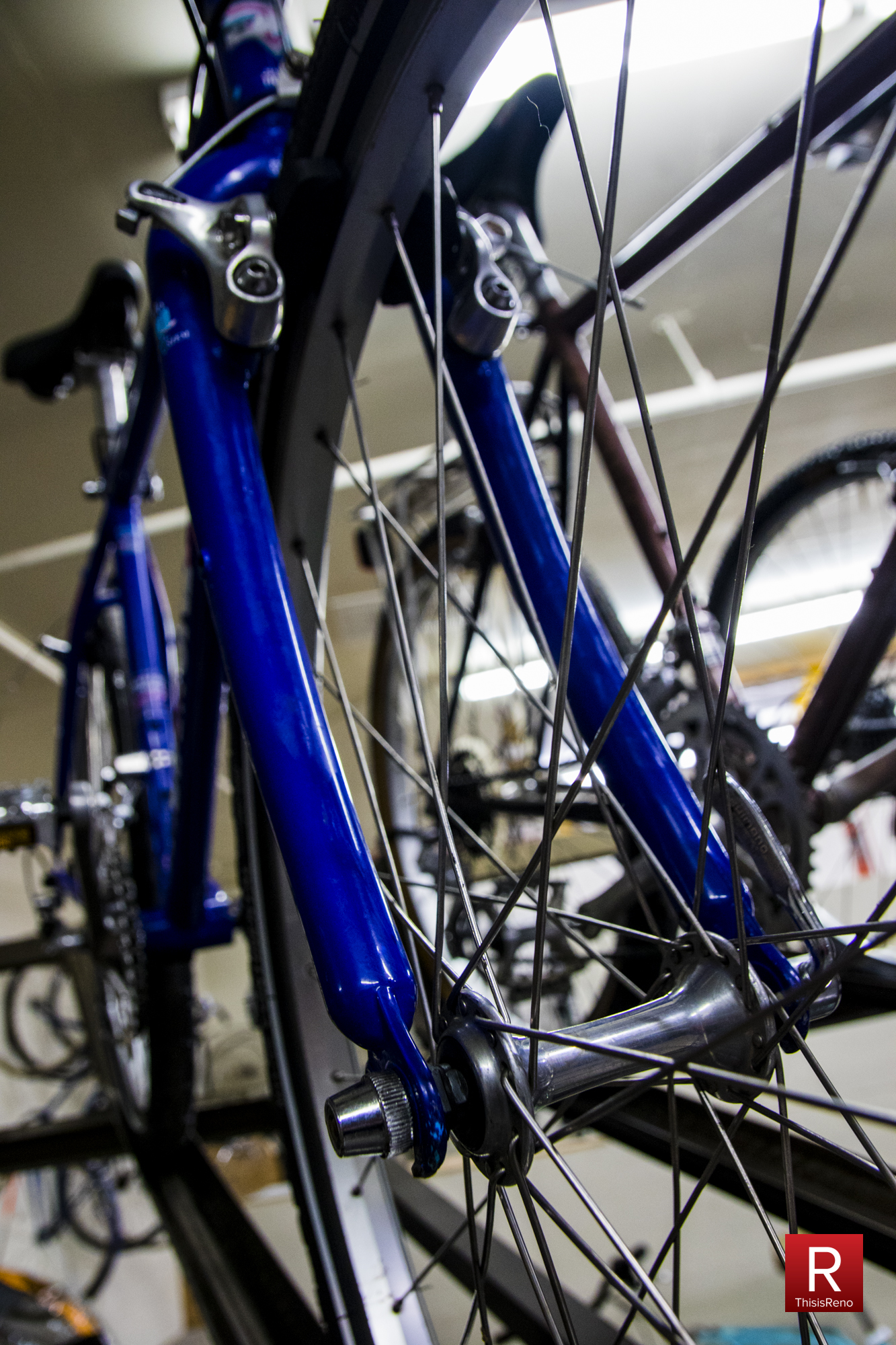 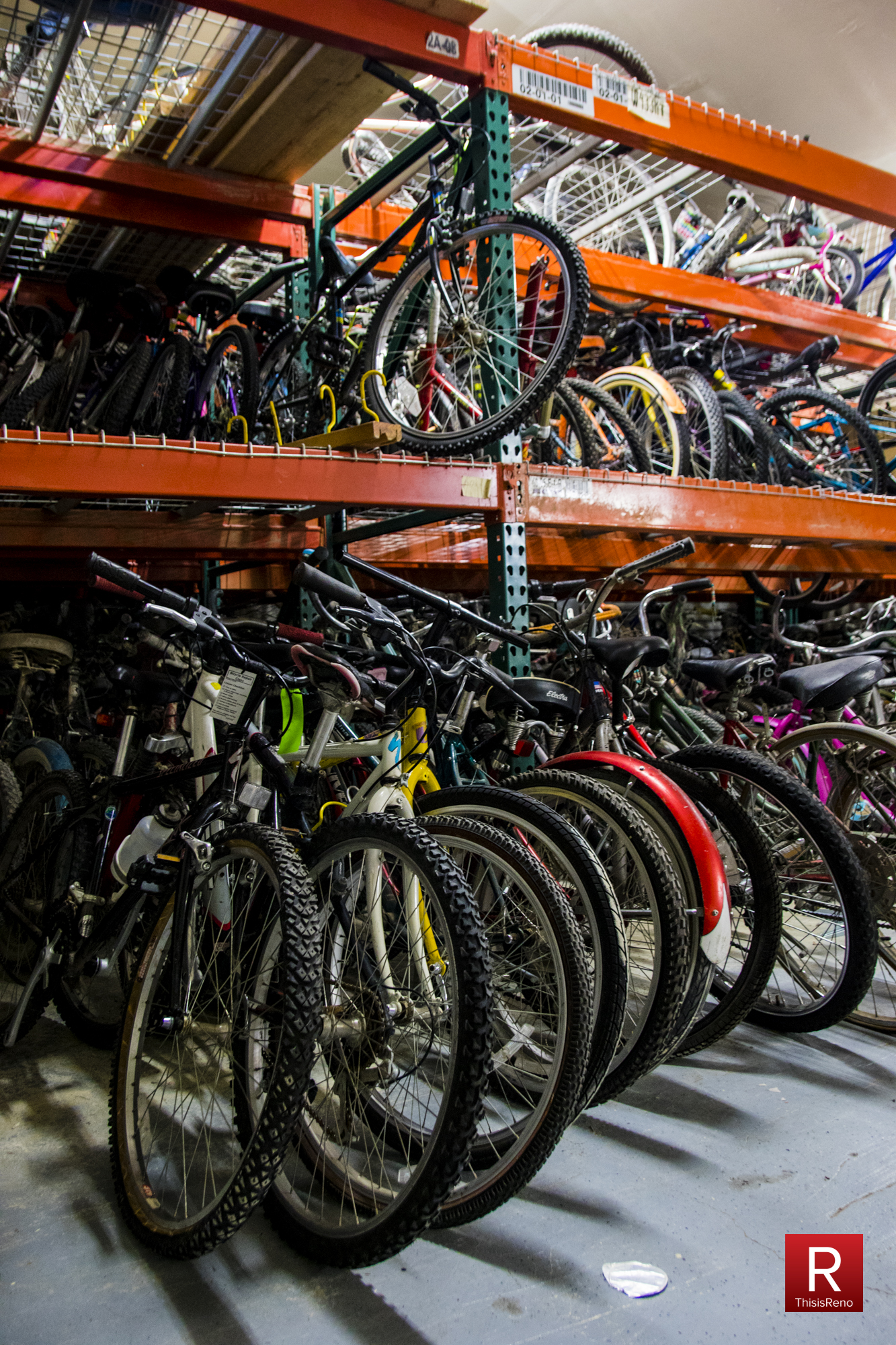 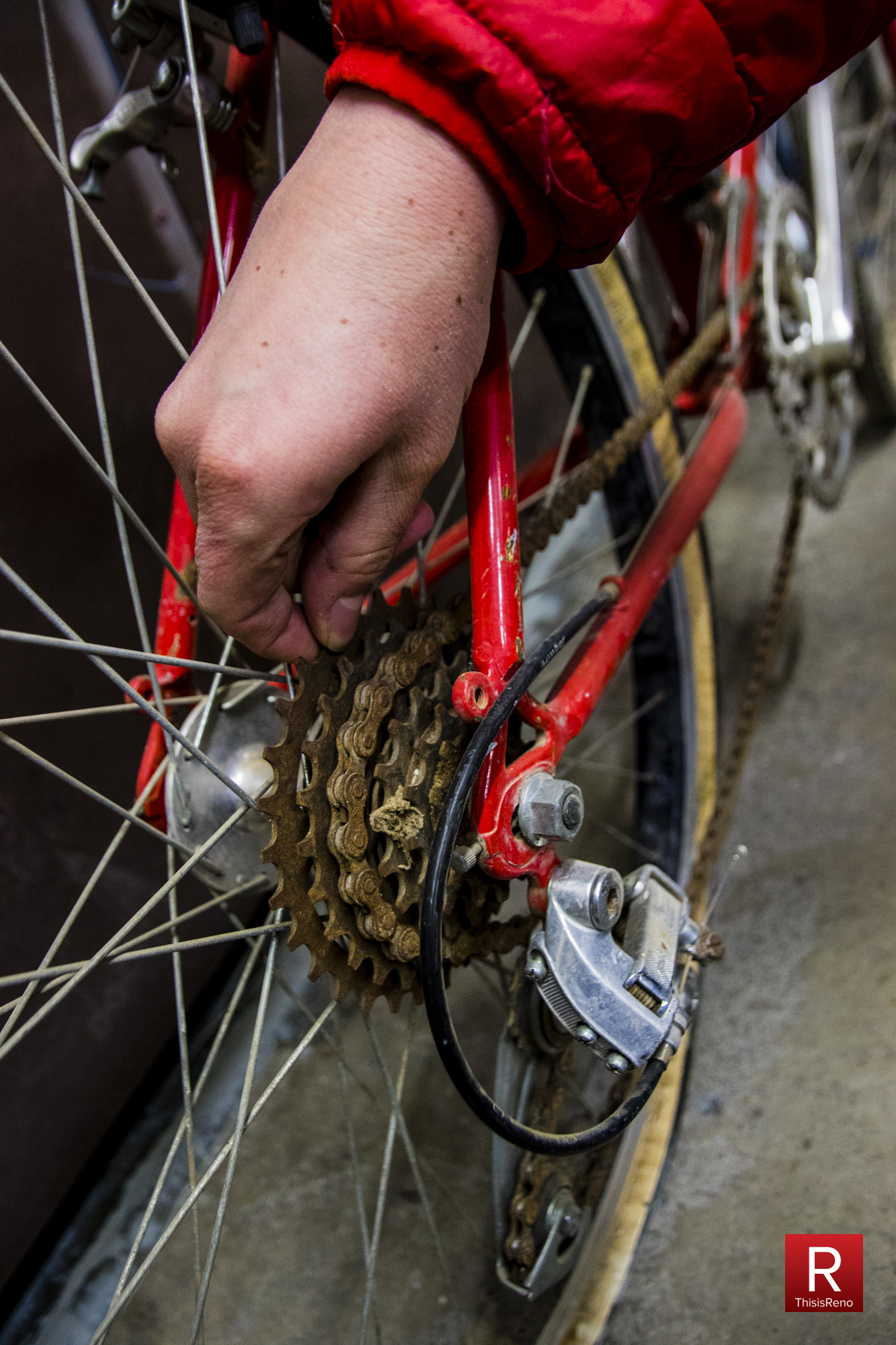 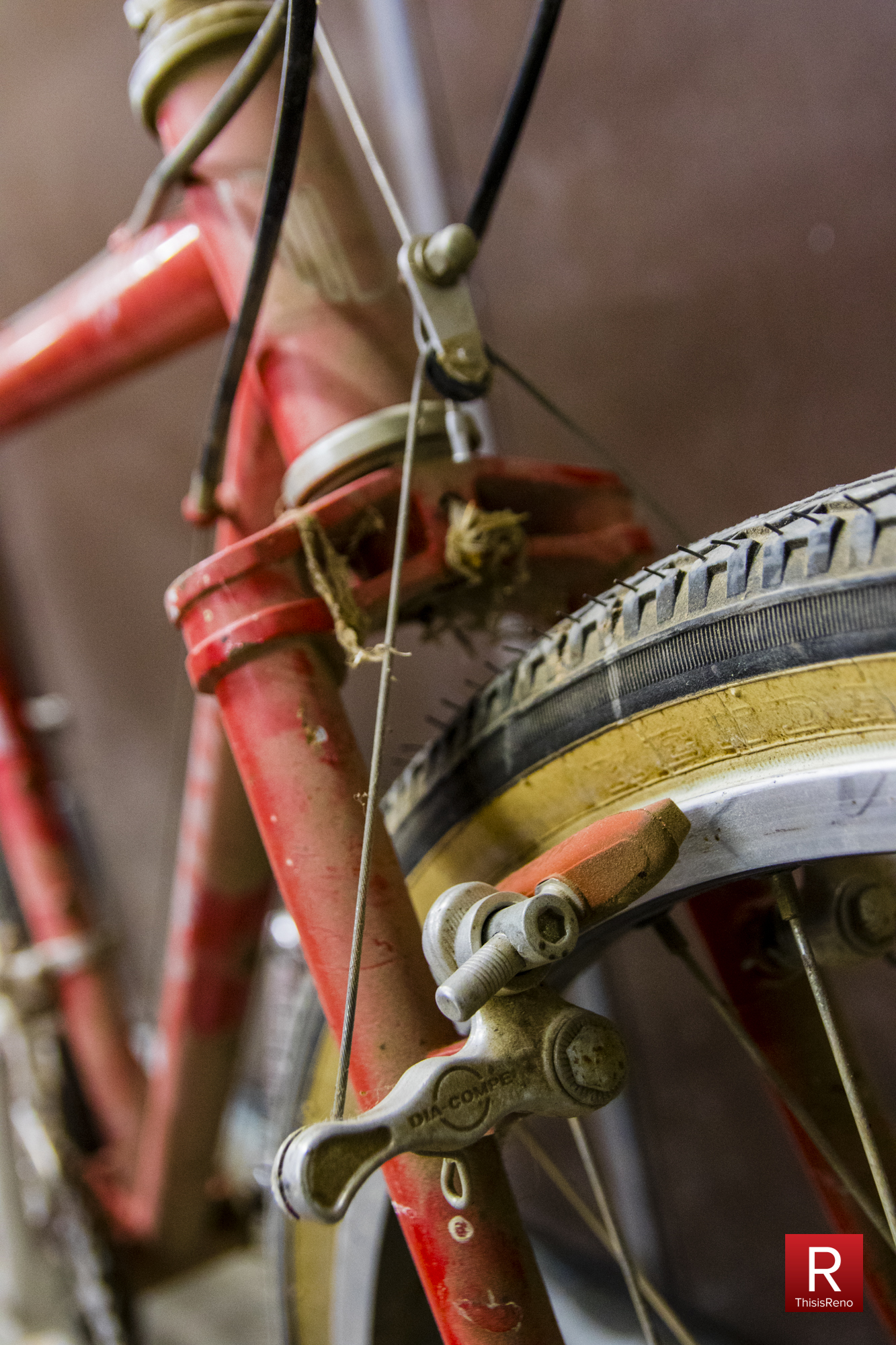 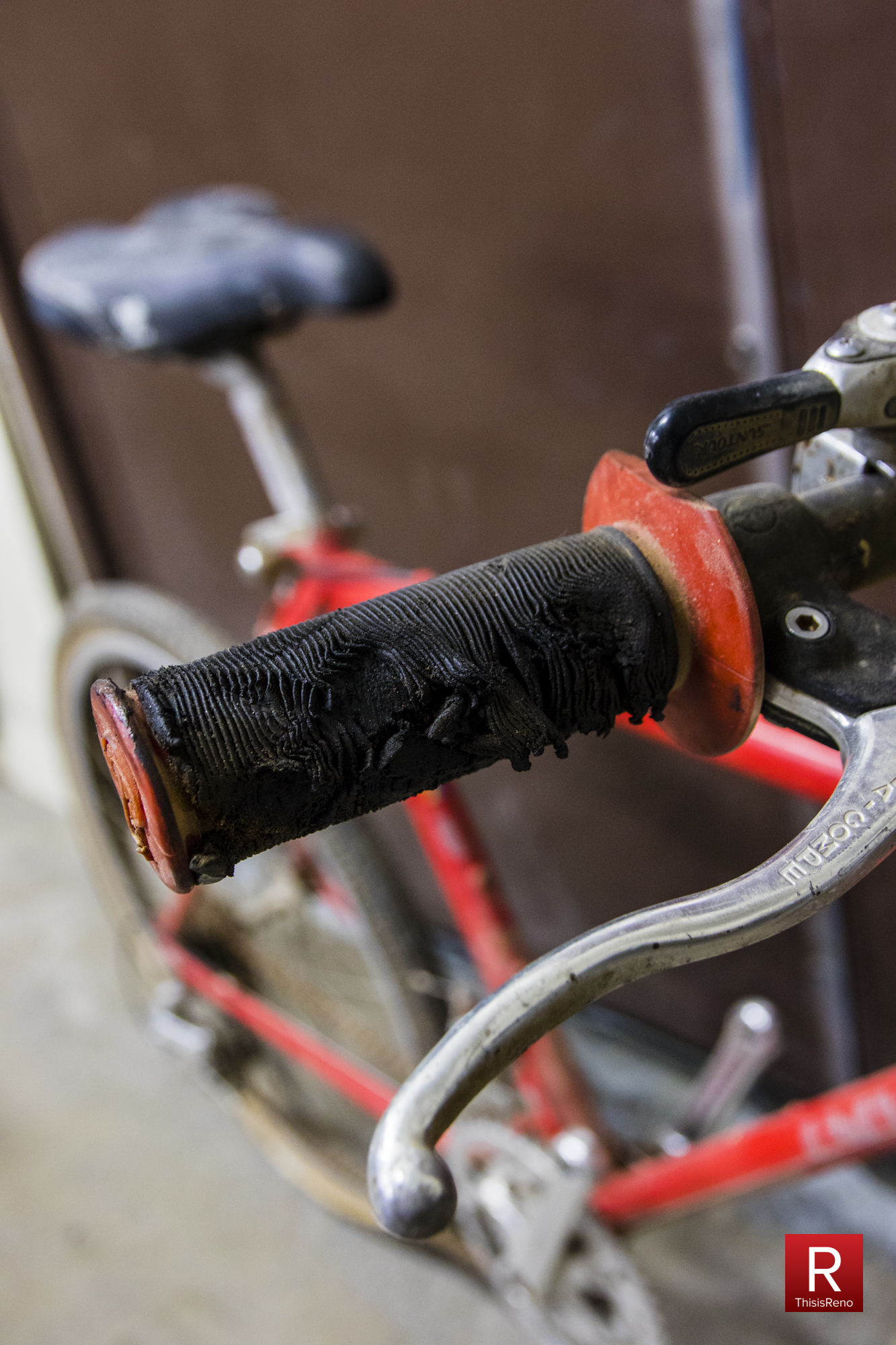 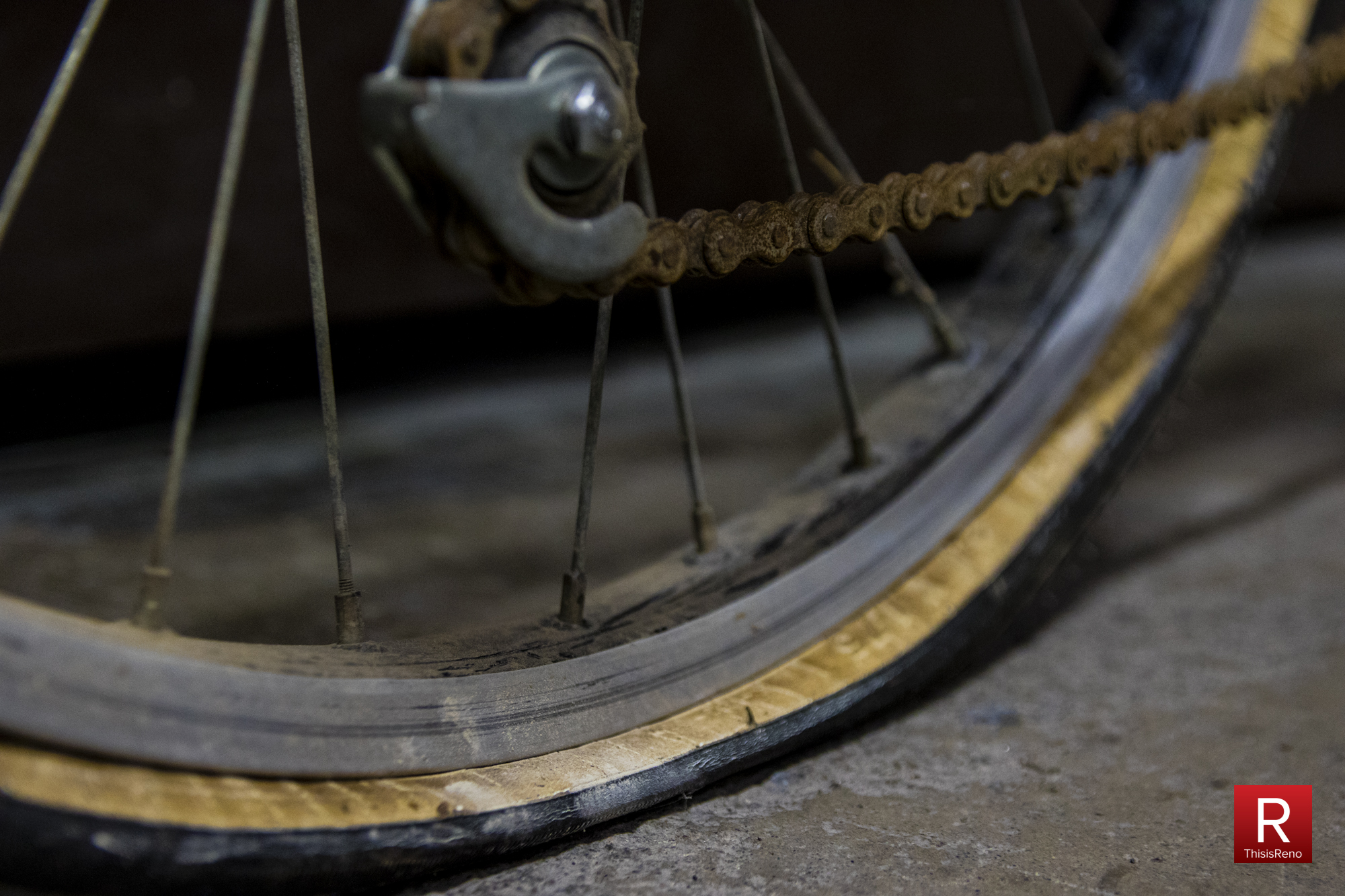 Reno Bike Project hosts a 9-week class on introductory bike repair March 22 through May 17 where students will learn how to completely rebuild a bike. There’s room for eight class participants.

The bikes to be rebuilt are donations from the Reno community, and after the class the bikes will be added to Reno Bike Project’s Biggest Little Commuter Program.

Students are required to be a member of the Reno Bike Project and pay a $50 deposit that will be returned to them at the completion of the class. Genevieve Parker, program director, explained that the deposit encourages students to attend the class and covers a technician’s pay to complete the bike if a student drops out.

Students don’t need to bring their own tools as they will be provided along with instruction from the organization’s expert staff. 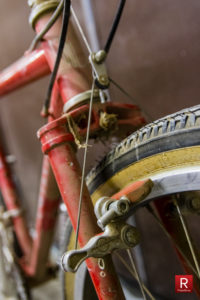 Parker showed off before and after examples of rebuilt bikes. The finished bike was a gleaming 1990s Diamondback mountain bike that was chosen for its rugged frame and ability to have cargo racks added to the frame. Other than the slightly dated look, the bike appeared brand new, well-oiled, and ready for years of use.

The before bike was a different story. Sun-baked flat tires crunched as Parker rolled it out of the back. Rotted grips, rusted chain, and almost-seized brakes were somewhat hidden under a layer of grime and spiderwebs. Parker explained that despite its rough condition its base elements make it a great bike for the class and it’s a bike that, after being rebuilt, will last its user for years.

As of March 7 the class still had four open slots if you are interested in the program. Learn more at: http://renobikeproject.org/programs-and-events/education/