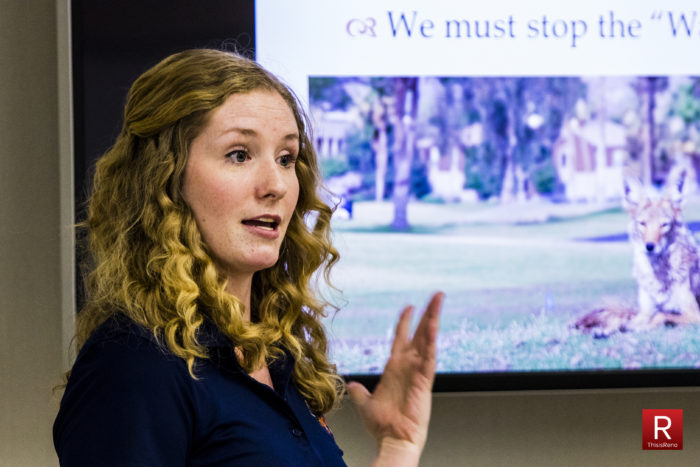 Nearly 40 locals gathered recently in the Spanish Springs Library to partake in a talk given by the Nevada Division of Wildlife (NDOW) on living with urban coyotes. The crowd milled about looking over handouts which included a coyote hazing field guide and predator-proof chicken coops.

Jessica Heitt of NDOW was the main speaker at the event and quickly went over the more basic information about coyote characteristics and their dispersion across the US. She explained that the loss of the wolf population across the US coupled with the expansion of humans has allowed coyotes to spread and inhabit every US state except Hawaii. She continued that greenways like golf courses and parks provide ample prey and unlimited water, things any desert animal would be attracted to. 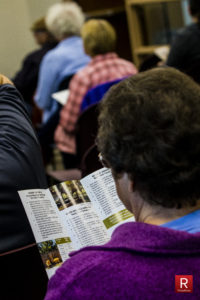 Heitt also showed a study of urban coyotes from Chicago. Scat was analyzed from the metro area of Chicago and found to be made up of only 2 percent human items and 1 percent house cat, leaving the vast majority of their diet made up of their natural prey movements.

With easy places to hide and a supply of food coyotes will not be leaving, Heitt said, but there are many things that can be done to make living side-by-side safer for everyone. Removing easy-to-access food for coyotes is number one. This includes not feeding pets outside; even if the food is not stored outside the smell of a dog’s food dish will still bring in coyotes.

Heitt continued that coyotes are lazy animals and that given enough challenges to access food they will often move on to easier to access food sources.

Small pets, like cats and small dogs, are really only safe locked inside or on a 6-foot or shorter leash. Heitt explained that coyotes are opportunistic hunters and do not differentiate between rabbits, rodents, and your pets. It’s not that coyotes are purposefully hunting domestic animals, they are just going to take the easiest prey available.

Hazing coyotes is another step in reducing issues. Heitt explained that as coyotes interact with humans they can lose fear of people. Hazing such as yelling, banging, throwing items, and even using bear mace make coyotes associate people with an unpleasant experience thereby reducing the interactions between people and coyotes. She said this does not mean that coyotes will leave the area, but it will help reduce interactions. She also explained that hazing needs to be a community effort if it is to be effective in reducing coyote interactions.

Heitt also went over common coyote myths, such as that coyotes howl for a kill. She explained that coyotes don’t want to broadcast that they have caught prey as other animals would come to steal it. Rather communications like howling are part of the coyote’s complex social structure. Another myth is that coyotes bait domesticated dogs to kill them. It’s true that coyotes are territorial and do defend their area, but it is more that our domestic dogs have an overly curious nature versus coyotes intentionally baiting dogs.

Backyard chickens, which have grown in popularity, has led to a notable increase in coyote and bobcat related issues. While the chickens are the obvious attractor, chicken food is also a desirable food source. A specific flier went over best practices for keeping chickens safe, such as burying fencing below the ground in an L shape to stop digging and food storage systems that stop predators. 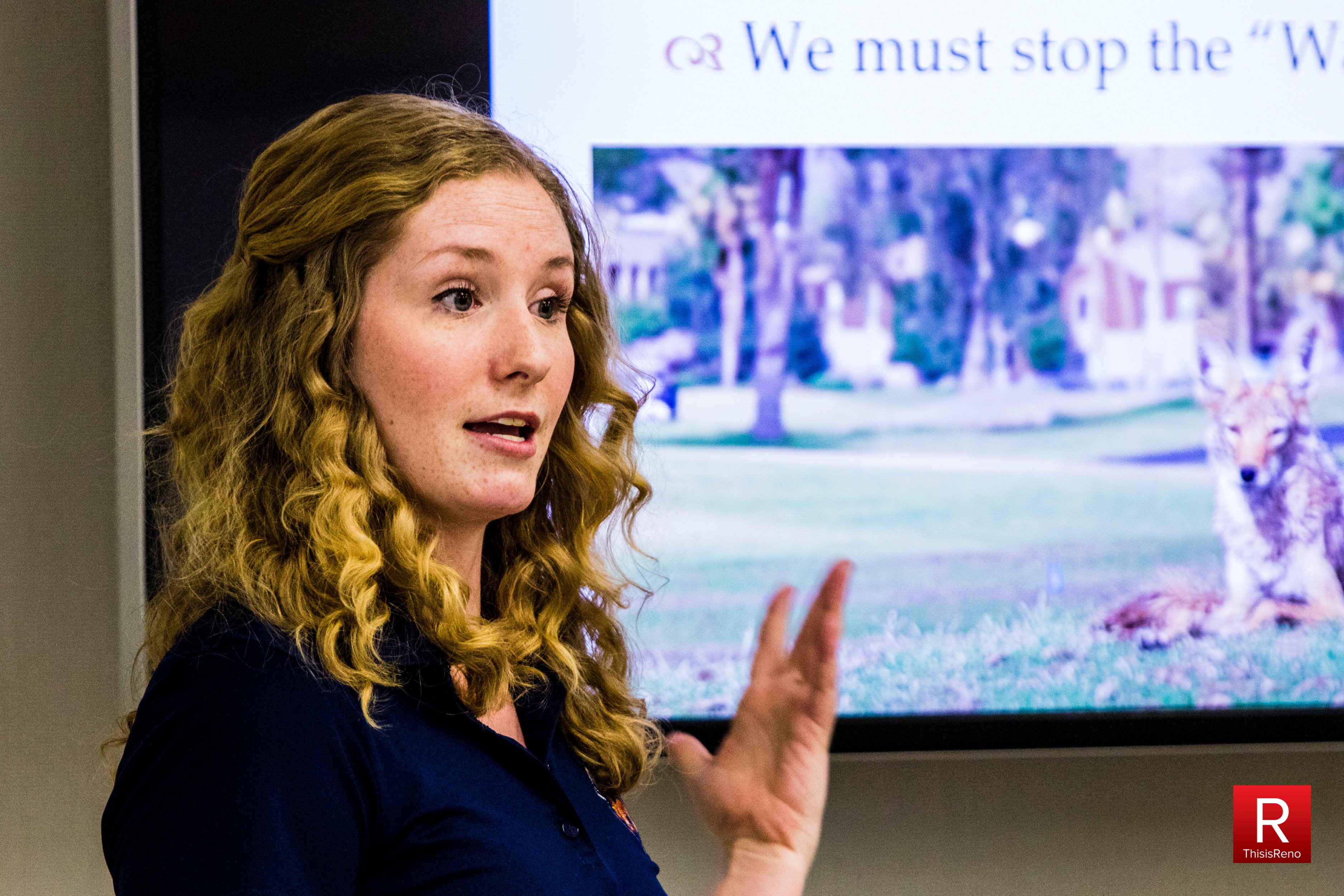 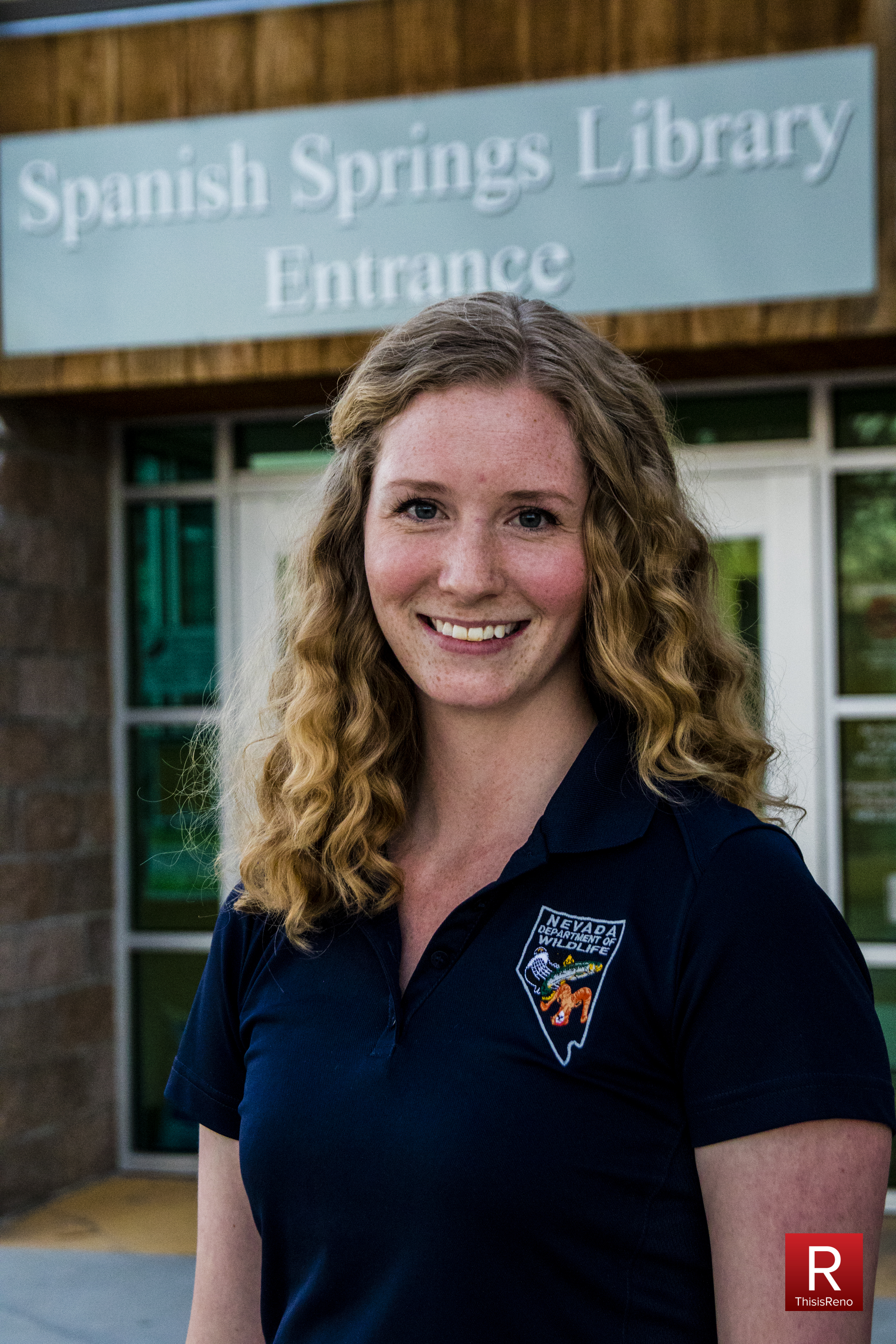 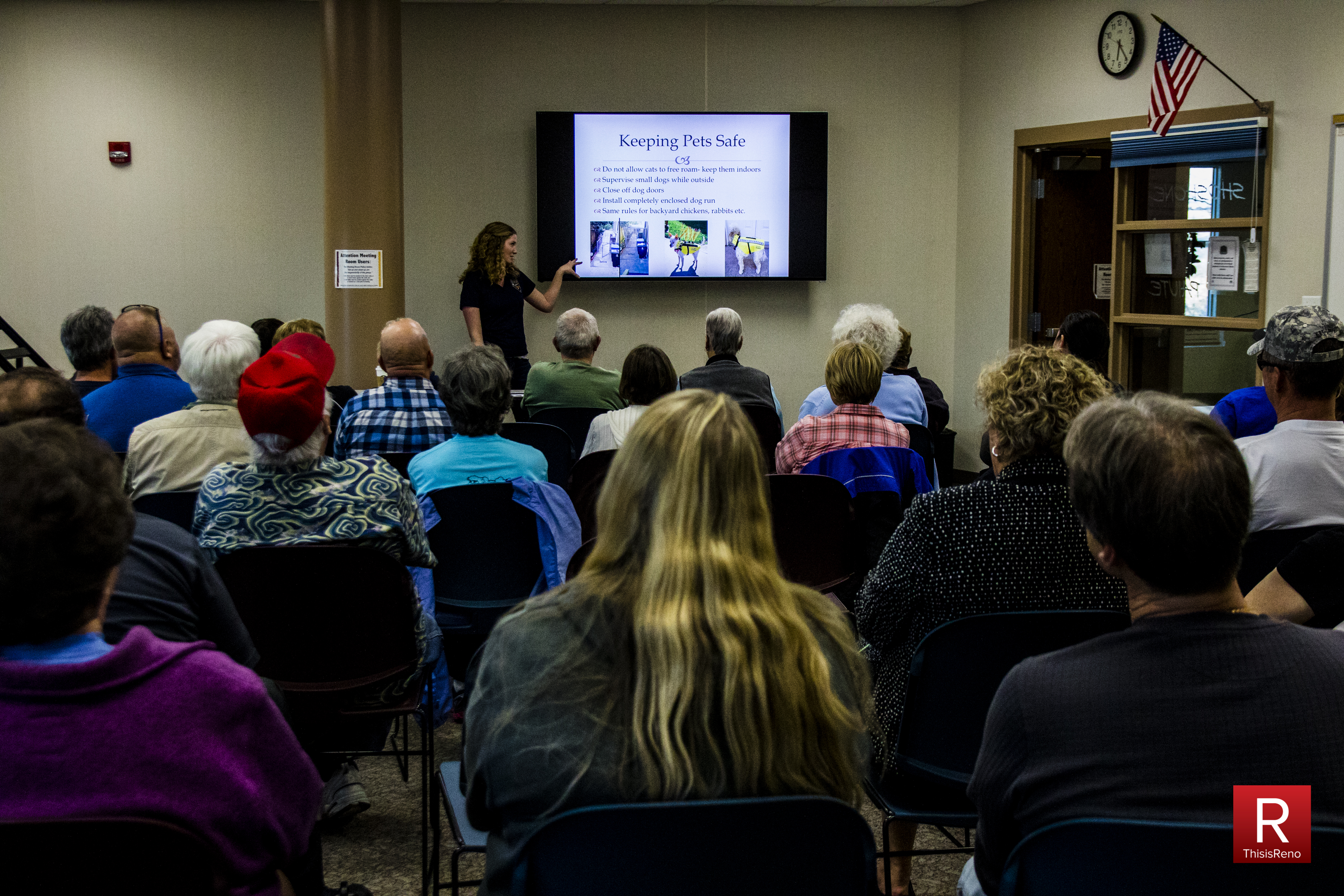 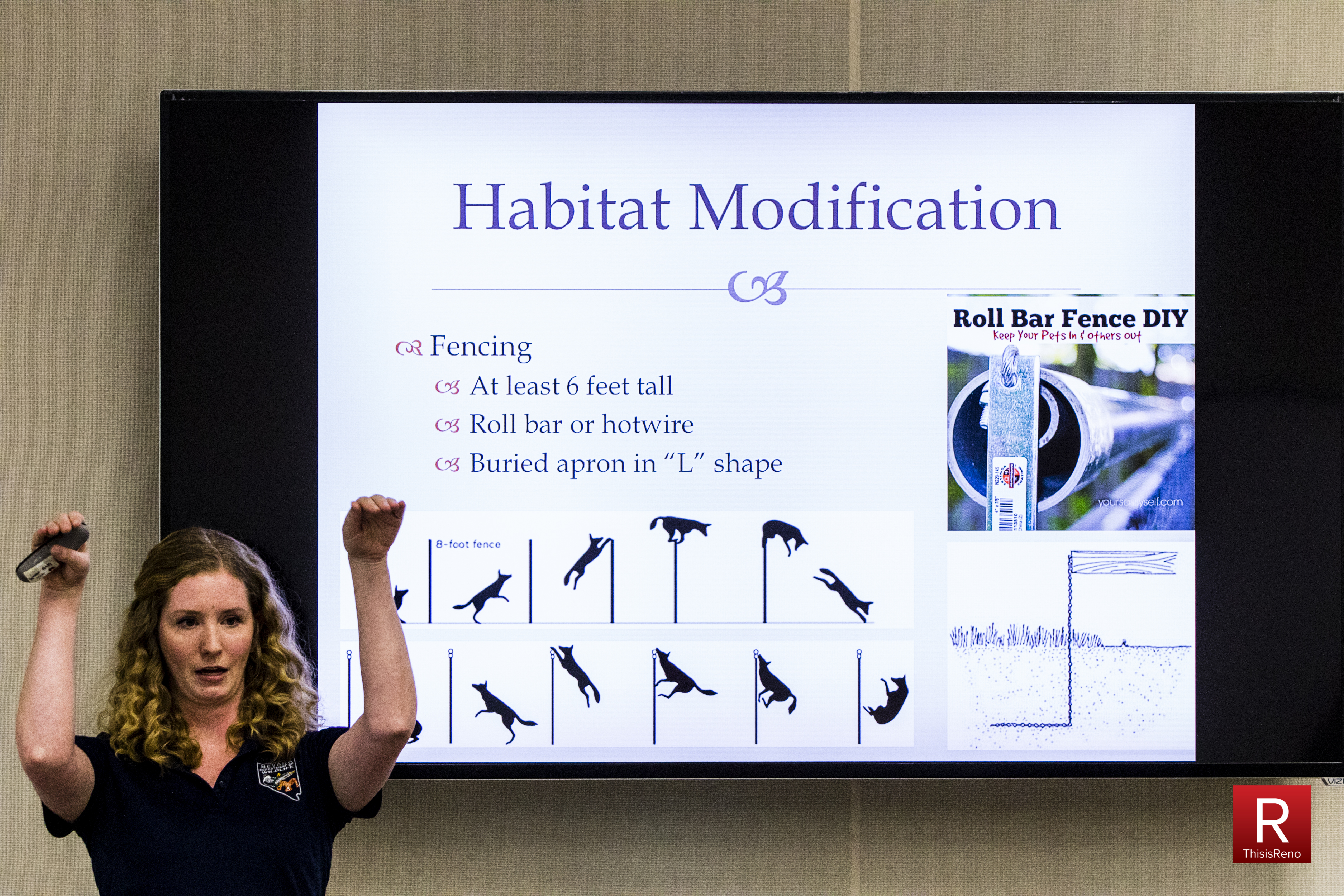 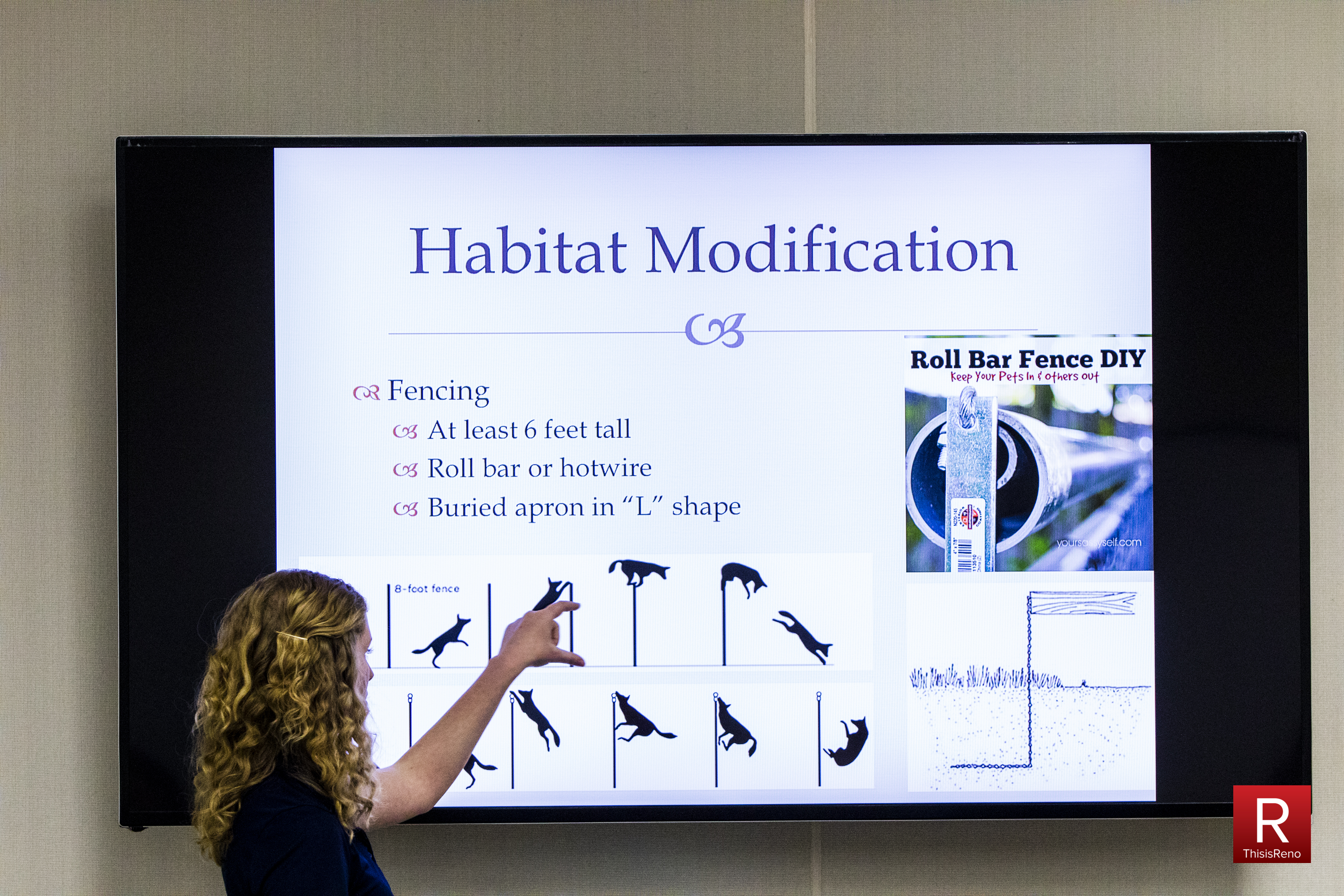 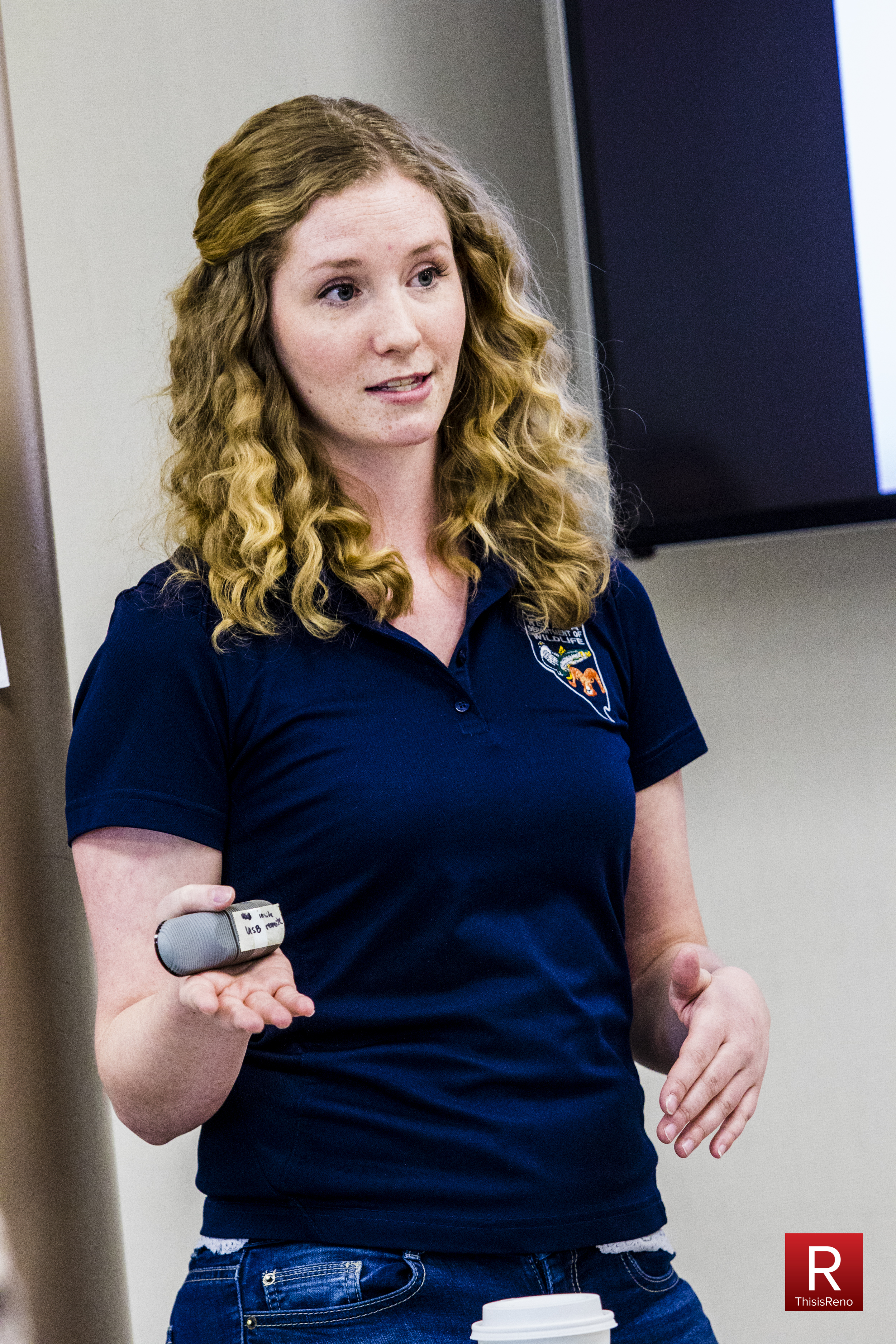 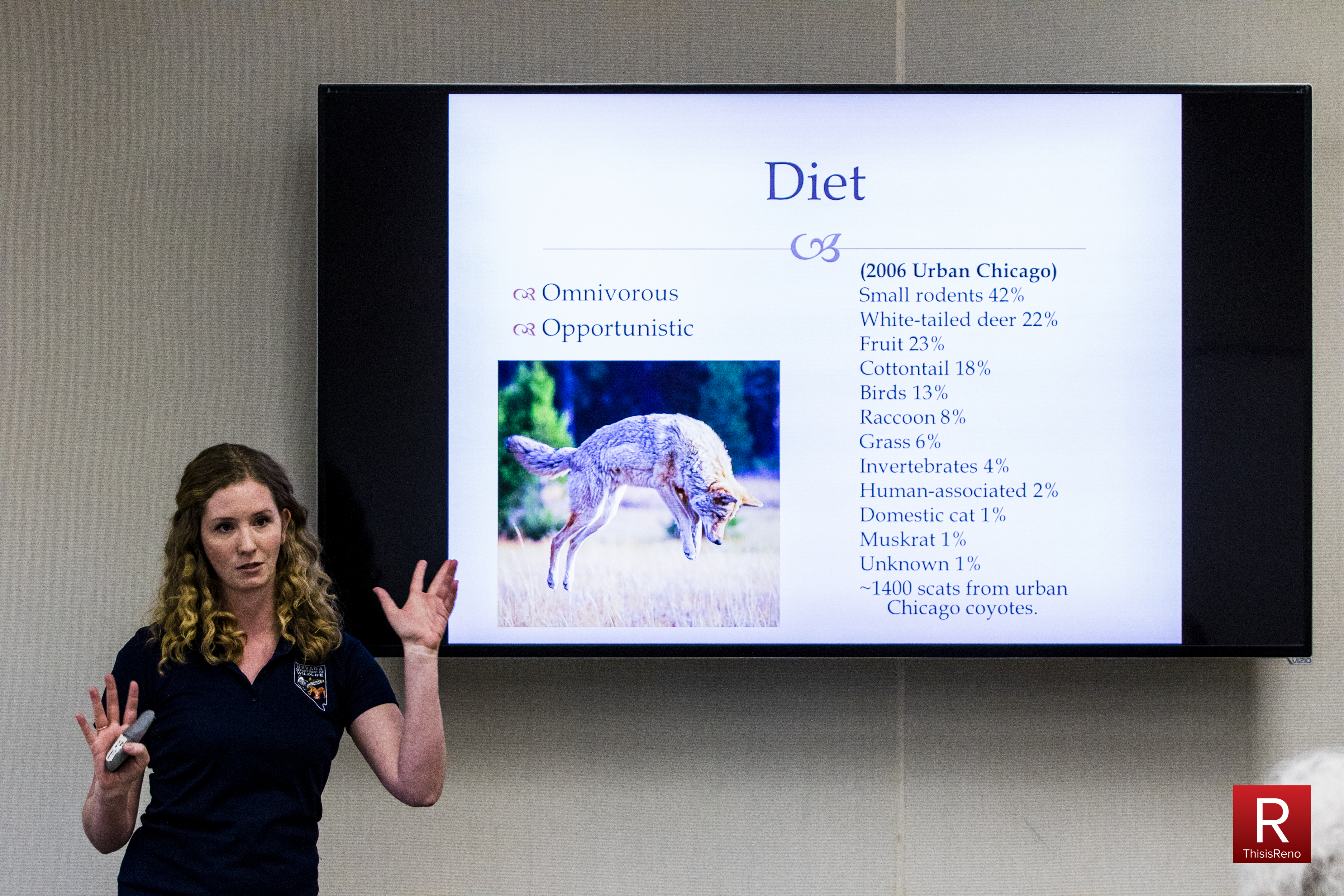 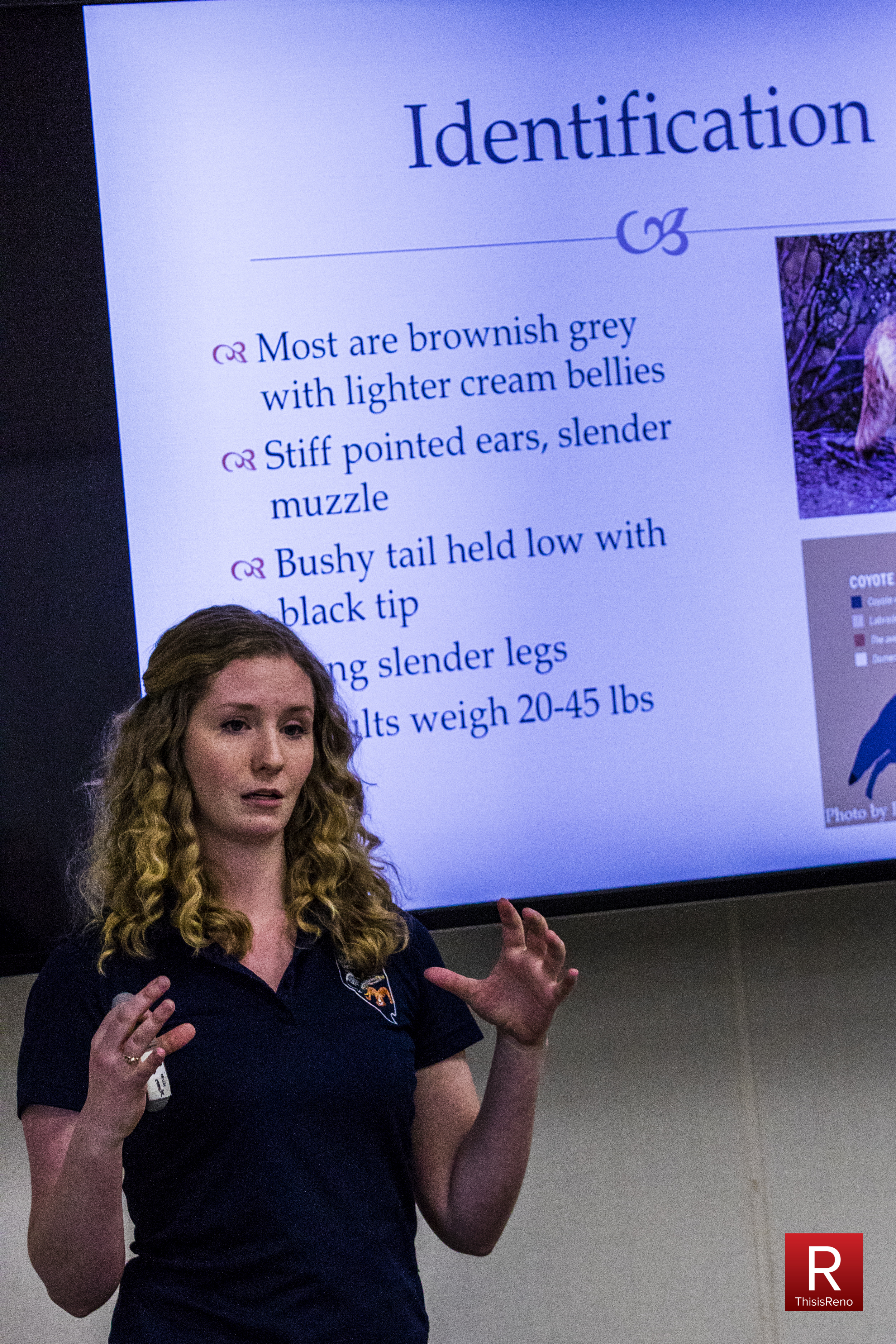 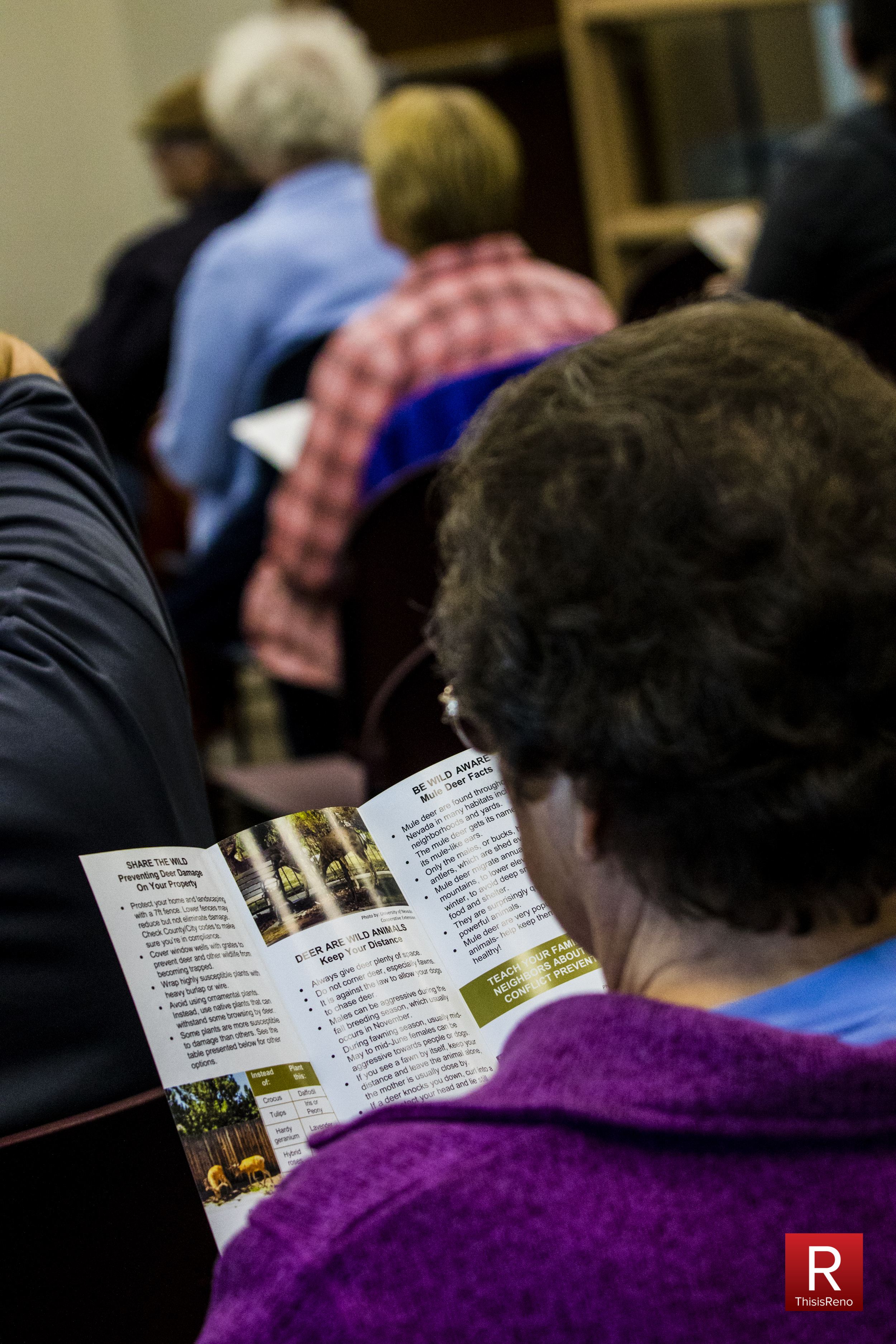 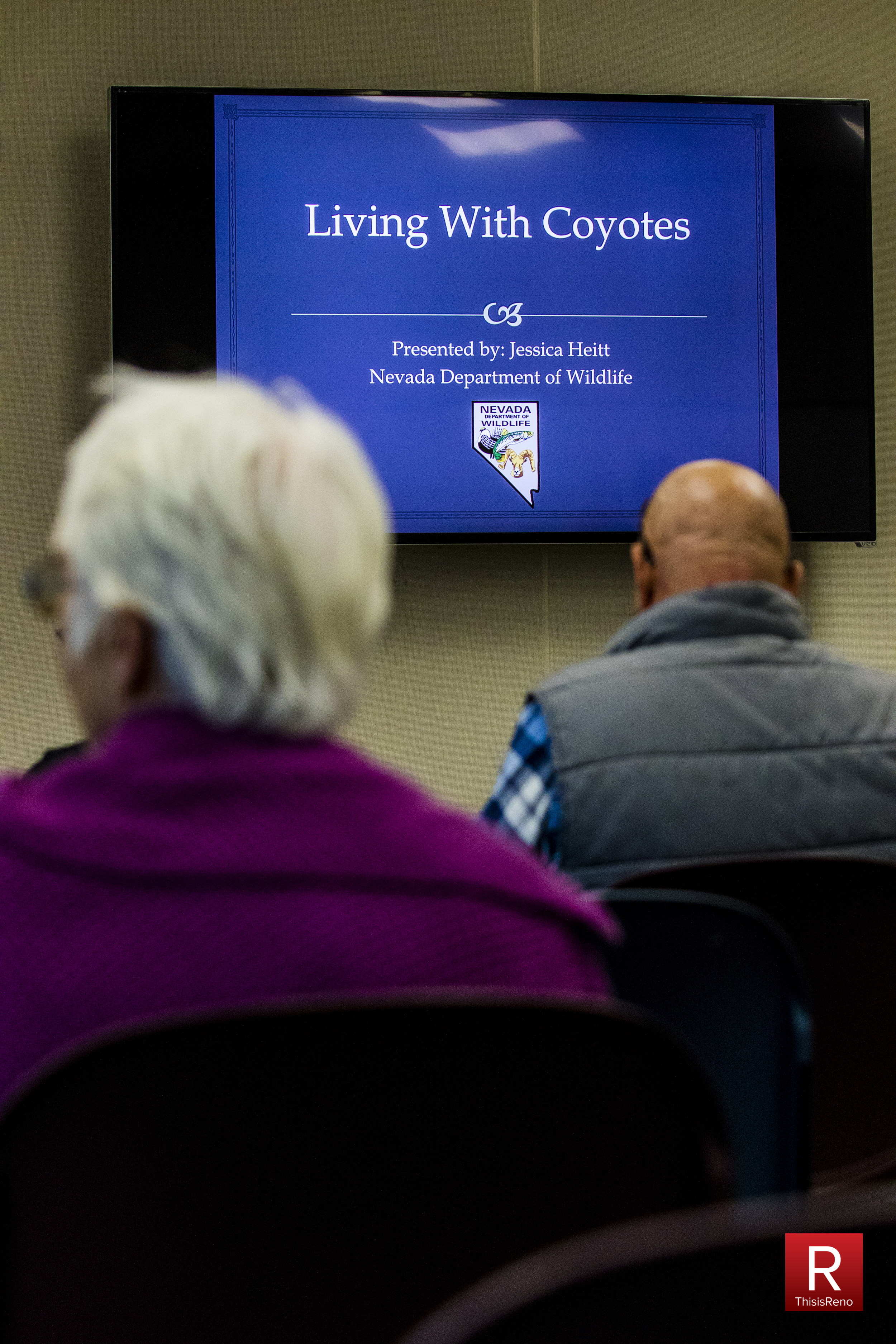 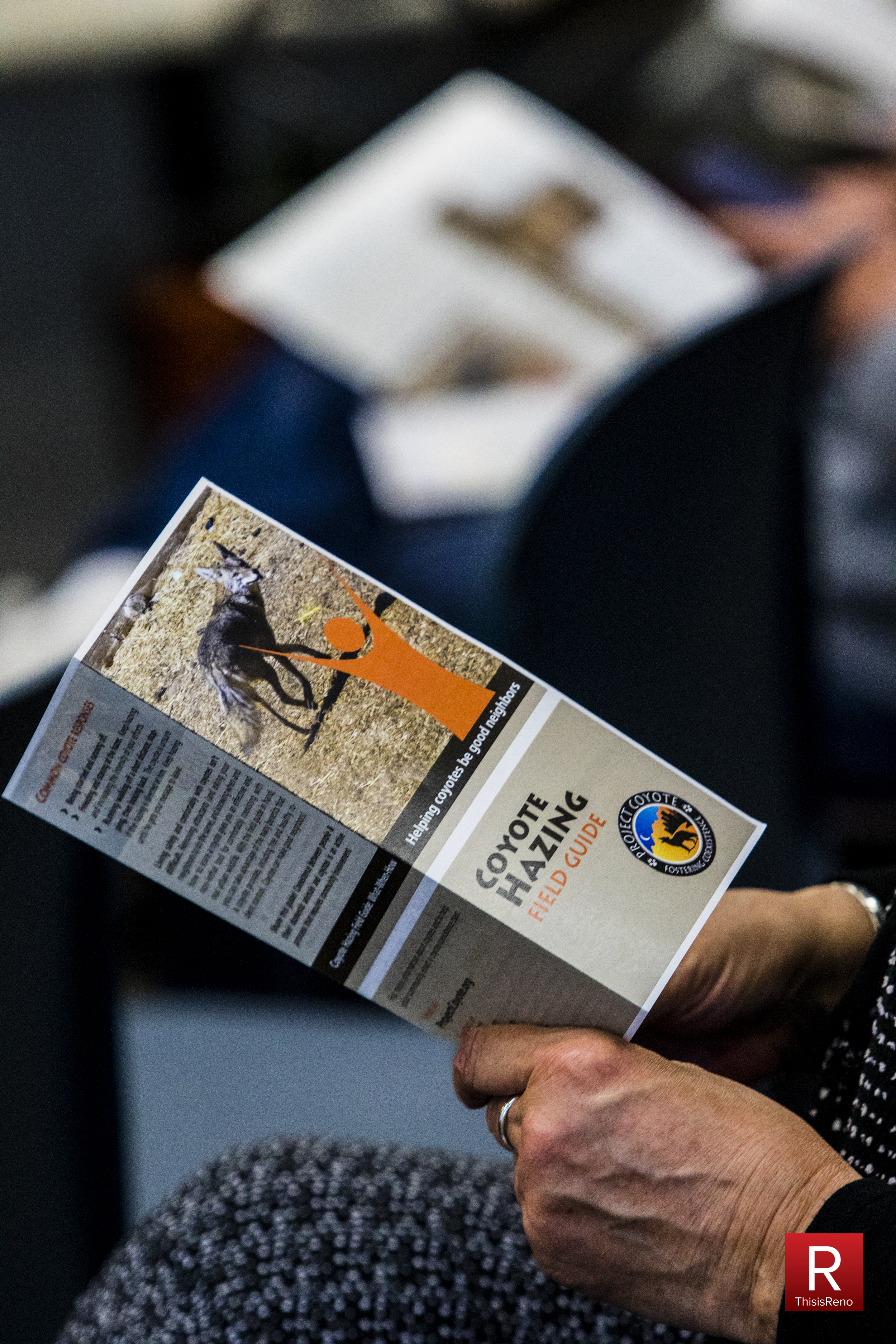 Wildlife Commission under attack ‘from both extremes,’ says director