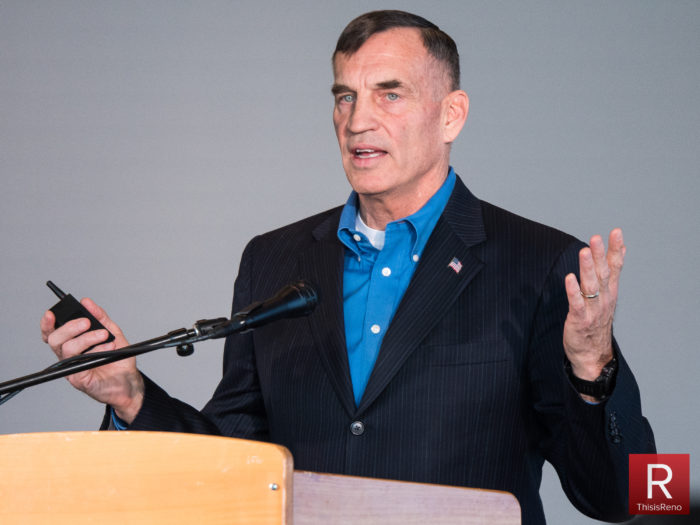 Bay Area media company VentureBeat is in town for its first Blueprint conference, a gathering of business, political, and tech personalities.

The invitation-only conference aims to “ignite America’s next frontier.” Some locals spoke at the national conference about where Reno is coming from economically — and where we’re going.

Economic Development Authority of Western Nevada (EDAWN) CEO Mike Kazmierski outlined northern Nevada’s progress from a near 14-percent statewide unemployment rate, during the recession, to just below 5 percent in January.

“What you see here today is not who we were five years ago,” he said today to the audience of about 250 at the Nevada Museum of Art. “Most people looked at Reno five or six years ago and said, ‘there’s really no technology there,’ and they were probably correct.”

Historically, the region has been known for blue-collar jobs. Reno’s master plan in 2016 anticipated even more industrial development on the horizon, something that was expected to increase warehouse jobs and land development.

This has caused some criticism of EDAWN. Reno City Councilman Paul McKenzie criticized the organization for attracting to the region jobs with substandard wages.

“Thirty percent of a person’s income is supposed to match what the monthly rent is, which means they would have to make $35 an hour,” he said last year. “The average job that EDAWN brings to the community is $16 an hour, which makes them working poor.”

But EDAWN representatives said they are shifting their focus and marketing dollars to recruit companies with higher-paying jobs — tech companies in particular, and from California specifically, Kazmierski said.

He added that advanced manufacturing initiatives helped to pave the way for a more tech focus.

“Now we have literally dozens of data centers looking at us, especially when we’re talking about cryptocurrency and mining, that fit really well in this community,” he said. “Once the base was set, we could really grow these industries. We have to have a workforce to meet those needs.”

“What we’re focused on is high-wage jobs now,” he said. Erwin explained that they cannot turn away lower-paying distribution companies wanting to move to the Reno area, “but if you look at our strategy, it’s really focused on advanced manufacturing, high-tech, startup entrepreneurial (businesses), and in skills retraining.”

Erwin cited the price of housing in Reno as part of a national challenge.

“Obviously we feel it locally, but there’s an interesting dynamic going on where you’ve got construction workers who have left the trades, the cost of land is what it is, and materials are what they are,” he said. “Regardless of the price of housing we’d (still) be focusing on high-wage, high-skill jobs because that adds to further diversification.

“We got hit really hard in the recession largely because we weren’t that diversified,” Erwin added. “Even though we’ve had great success in advanced manufacturing … if another recession comes, we need to have further diversification.”

The Blueprint conference runs through tomorrow and includes tours of the Switch Data Center, downtown, and a brewery tour.

Blueprint came to Reno because EDAWN board trustee Robert Goldberg also serves on VentureBeat’s board and encouraged the company to hold the event in Reno. It is being livestreamed on Facebook: https://www.facebook.com/venturebeat/. 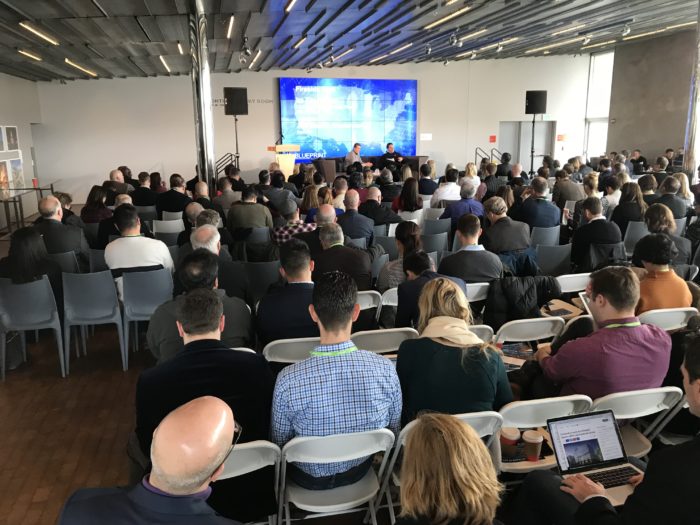 The Blueprint conference at the Nevada Museum of Art. Image: Bob Conrad.