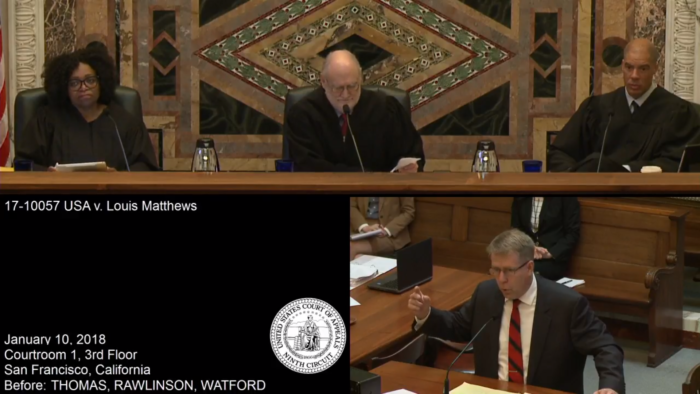 Craig Mueller argues a case in San Francisco at the 9th Circuit Court of Appeals. Image: Provided by Craig Mueller.

Recently I sat down with Las Vegas attorney Craig Mueller who’s running for Attorney General for the State of Nevada. The father of four has been in private law practice for 25 years, taking cases in criminal law, personal injury, and other areas of practice, and has been involved in conservative causes throughout the state for just as long. 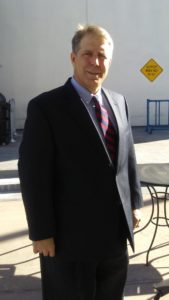 Mueller’s family moved from Victorville, California, to Las Vegas when he was a child. During high school, he had a chance meeting at a Boys State conference with then-Governor Mike O’Callaghan who wrote him a letter of recommendation that would lead to an appointment to the United States Naval Academy followed by multiple engagements overseas. Upon return to the US he attended law school at the University of Baltimore and was a law clerk before returning to Nevada to work for a civil law practice. He eventually joined the Clark County District Attorney’s Office as a prosecutor and helped launch several specialty court programs and prosecution teams.

Mueller prides himself as being open, honest, and direct. “I’ve been a military officer, I’ve been a courtroom attorney. I’m not a man of ambiguity or a man of half measure, I assure you,” he said.

This bluntness was also reflected in his explanation for why he’s running for Nevada’s Attorney General.

“I’m 56. I’m not a 30-year-old on my third political office. I’m not interested in telling you what you want to hear. I’m not interested in saying something that’s going to hurt my senate race in 25 years,” Mueller said. “I’m here as a Nevada lawyer with 50 years’ experience, 25 years practicing law, telling you the most radical story: we should enforce our own laws and Constitution as written…. and we should enforce it against the federal government to make sure they respect our state rights under the federal constitution.”

Mueller believes his ideas for the role of Attorney General are mainstream in Nevada. He discussed making Nevada a more libertarian state along with reforming the Department of Motor Vehicles and the municipal courts. He’s also in favor of throwing more support to Nevada’s law enforcement entities and empowering the Attorney General’s office to prosecute crimes.

“We need to improve the number and quality of police officers we have,” he said. “Las Vegas is right now 35 or 40 percent undermanned.” He went on to discuss the impact of the Oct. 1, 2017 shooting in Las Vegas. “The sheriff’s office was clearly overwhelmed by that case. They did not have the manpower or the expertise to deal with anything of that magnitude. In most states the A.G.’s office would have stepped in with state assistance…Instead the A.G.’s office was toothless and had no ability to aid in any meaningful way.”

More than 30% of retailers are illegally selling tobacco products...