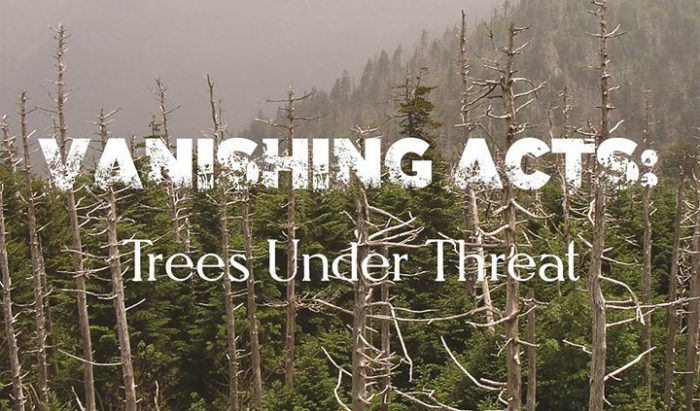 The Wilbur D. May Arboretum, known as a sacred spot for reflection amongst the nearly 4,000 plant species on display, features a new exhibit titled “Vanishing Acts” that profiles trees around the globe that are on the brink of extinction.

The endangered trees themselves are not on display — magnolias and monkey puzzles are found in China and Chile. But display boards throughout the arboretum educate visitors about the many species under threat, their threat levels (least concerned to extinct), and the many causes for their respective statuses, ranging from medical treatments and insect invasions to deforestation and climate change.

An interactive station along the path allows visitors to hear a violin made from Pau Brasil, an endangered species of wood from its namesake country.

The Arboretum and “Vanishing Acts” are free to the public and open from 8 a.m. to 5 p.m. daily.

The Wilbur D. May Arboretum is located at Rancho San Rafael Park on 1595 N. Sierra Street. To learn more about the Arboretum and upcoming events, visit https://www.washoecounty.us/parks/maycenterhome/arboretum/.