Centro: A Restaurant Alive with Imagination 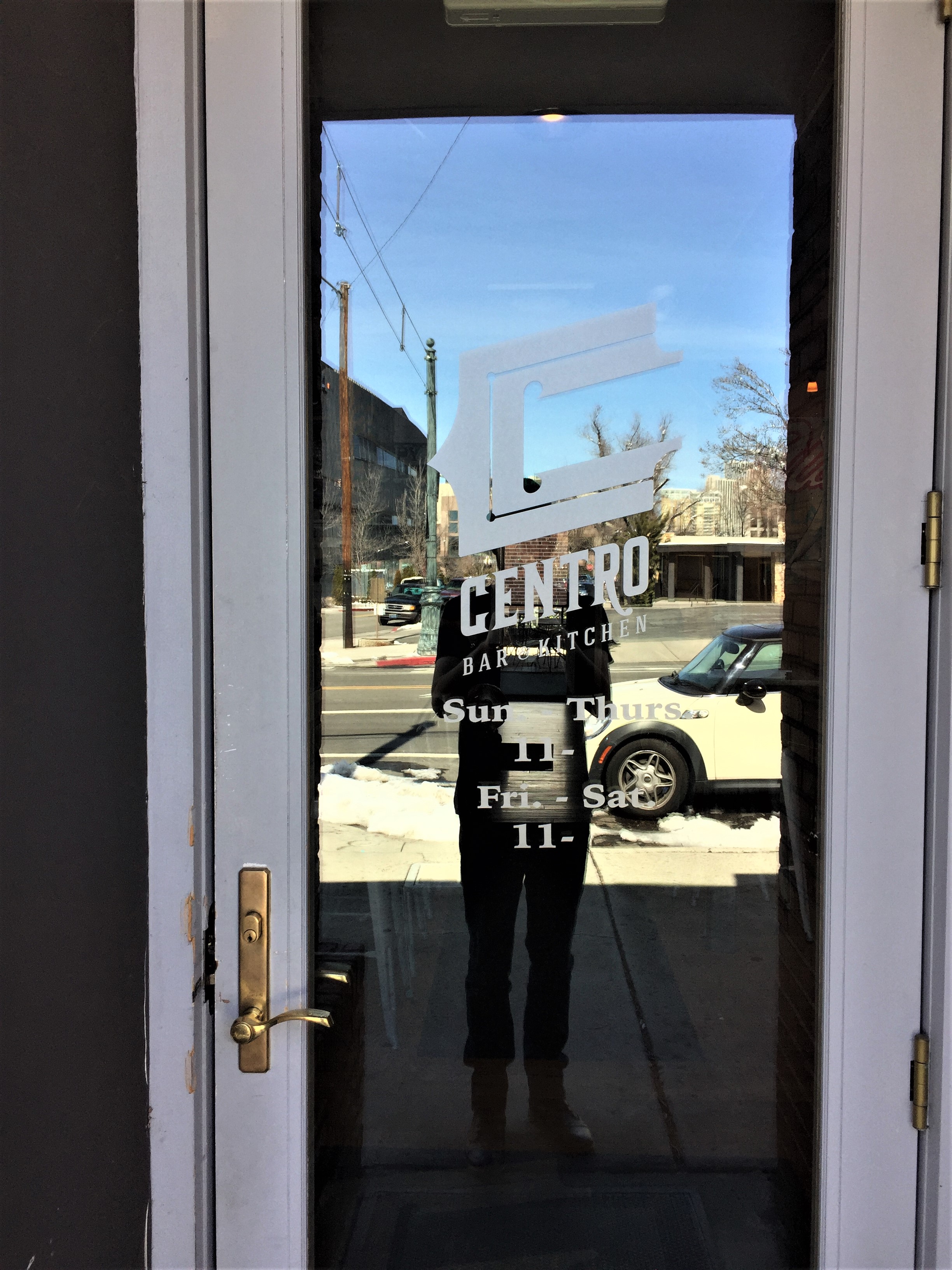 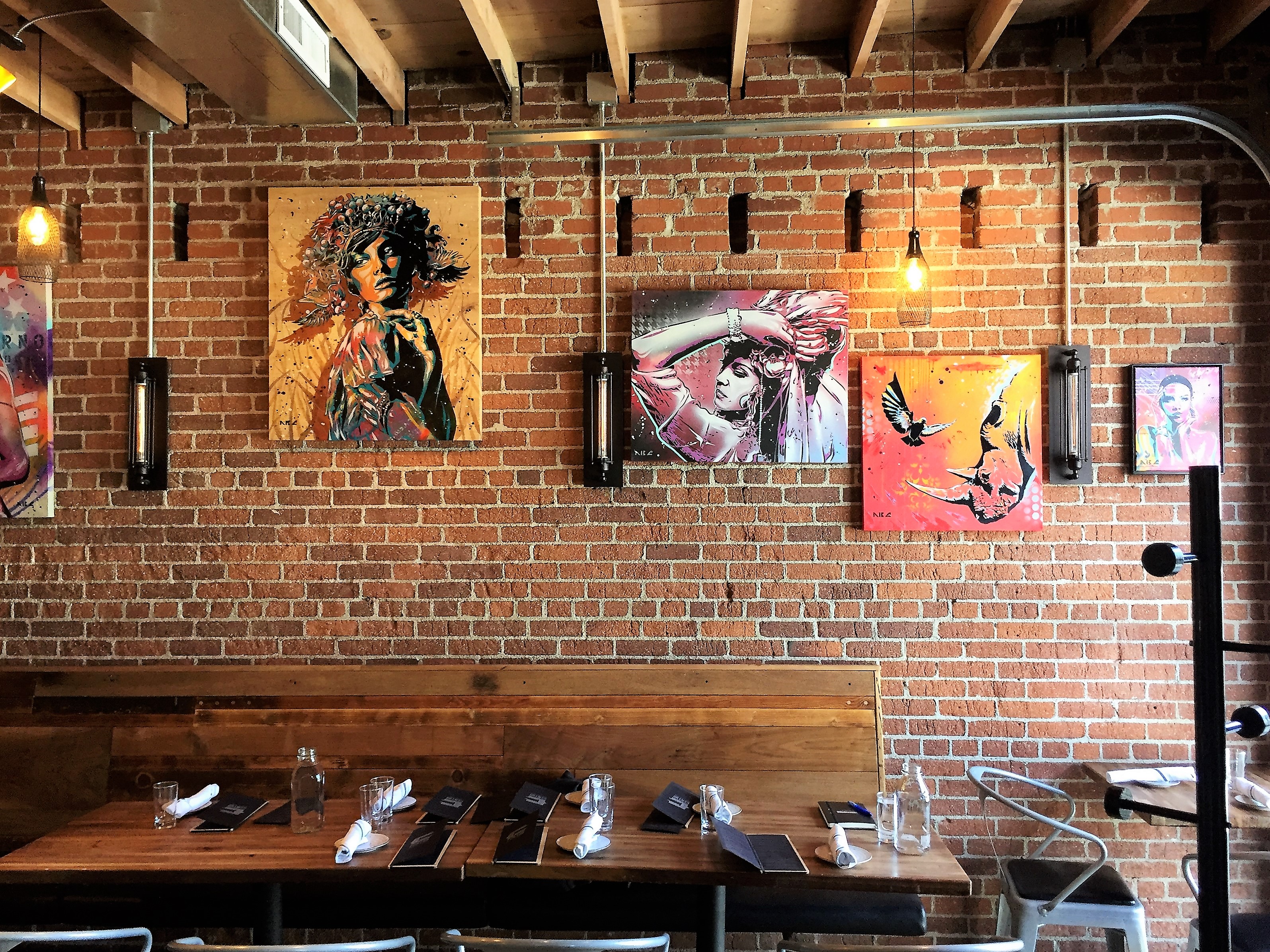 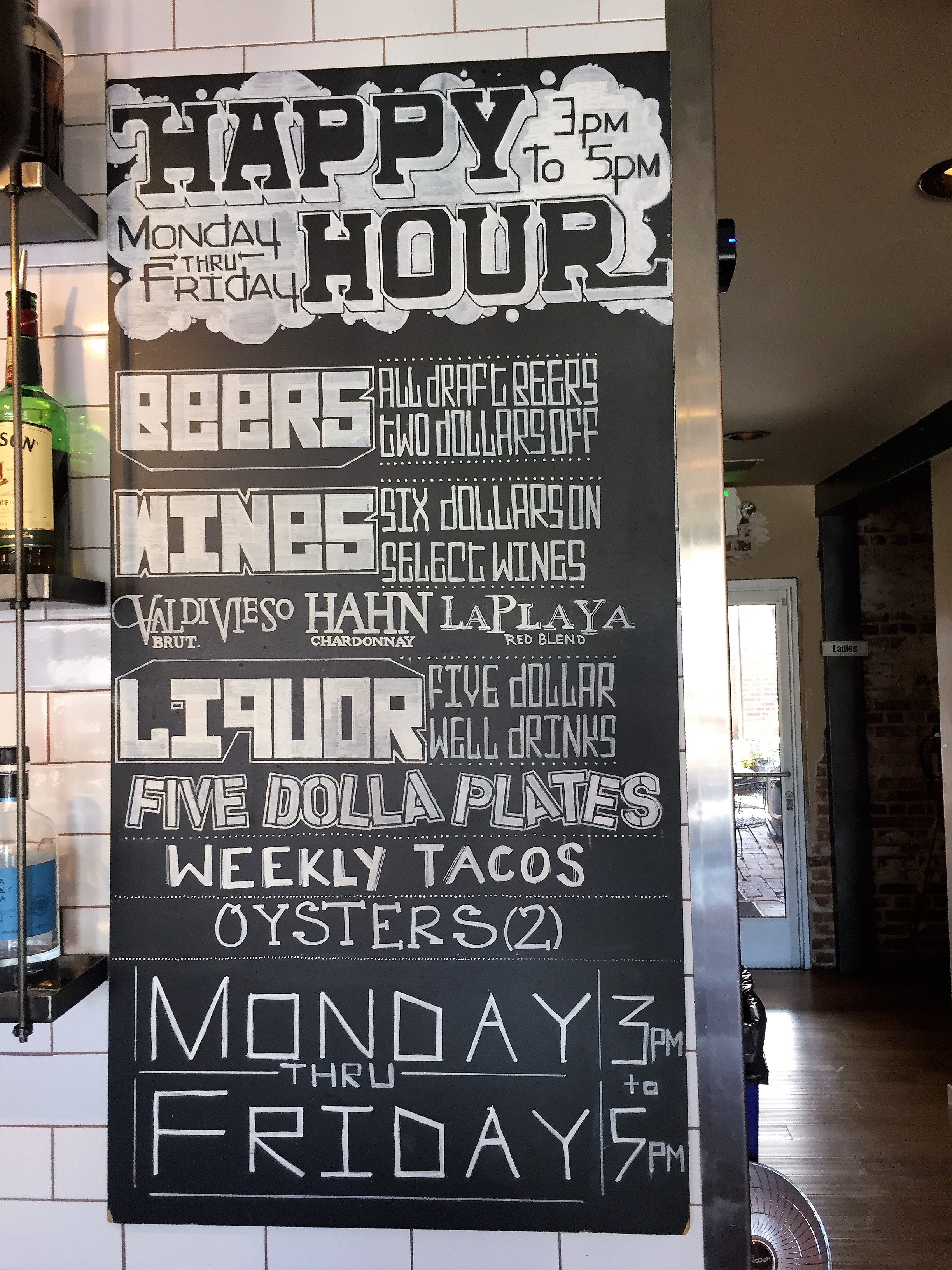 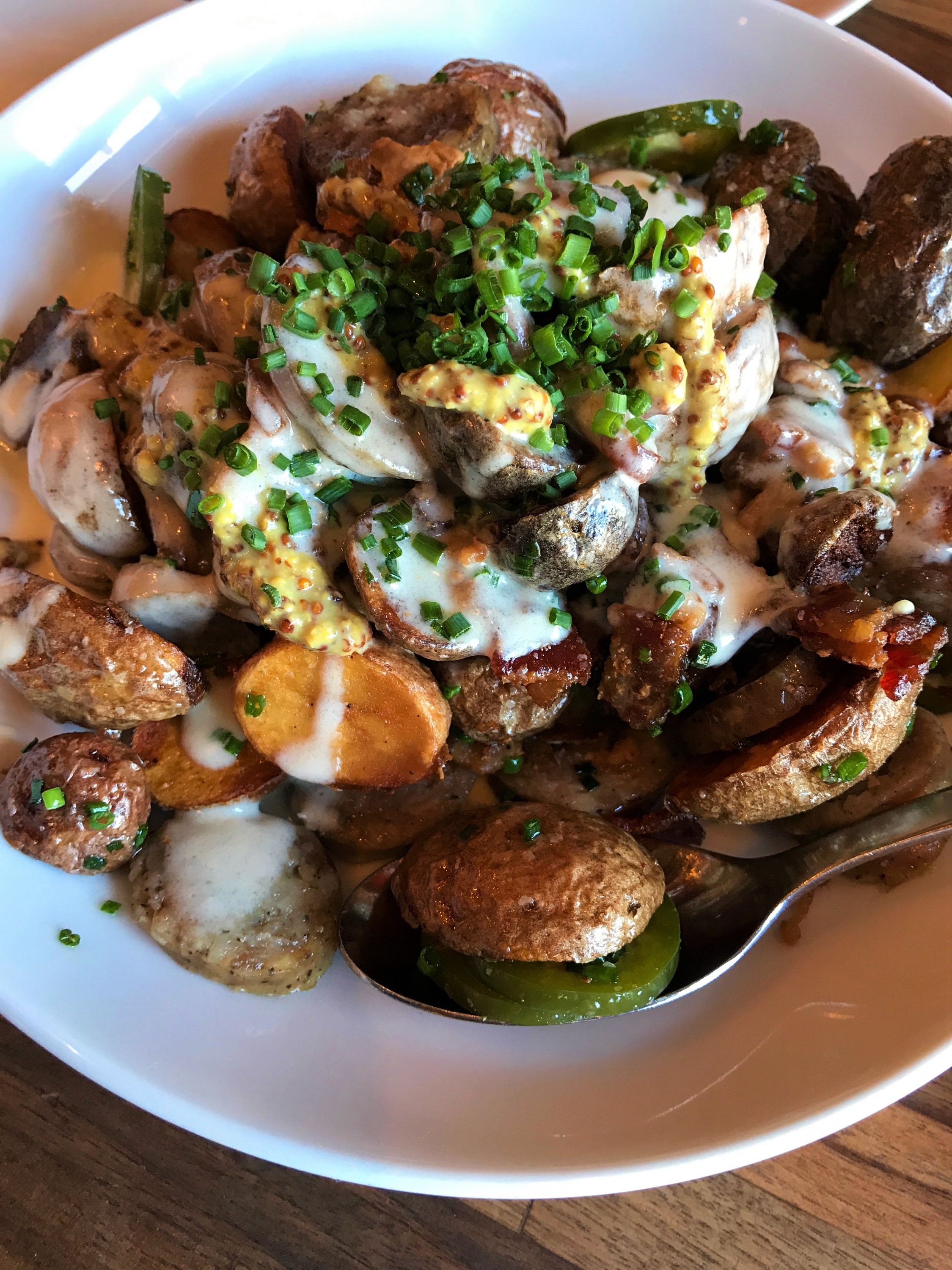 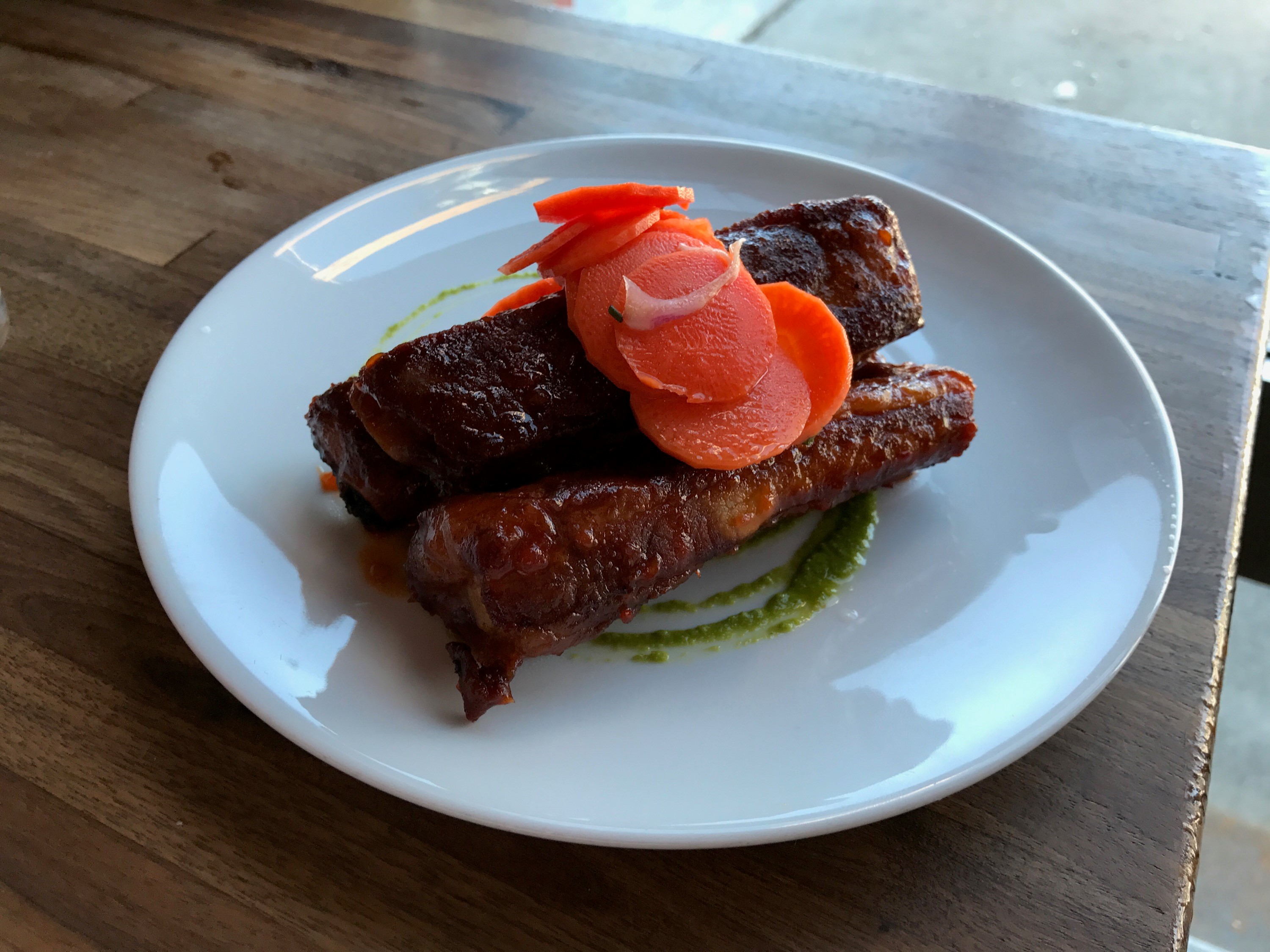 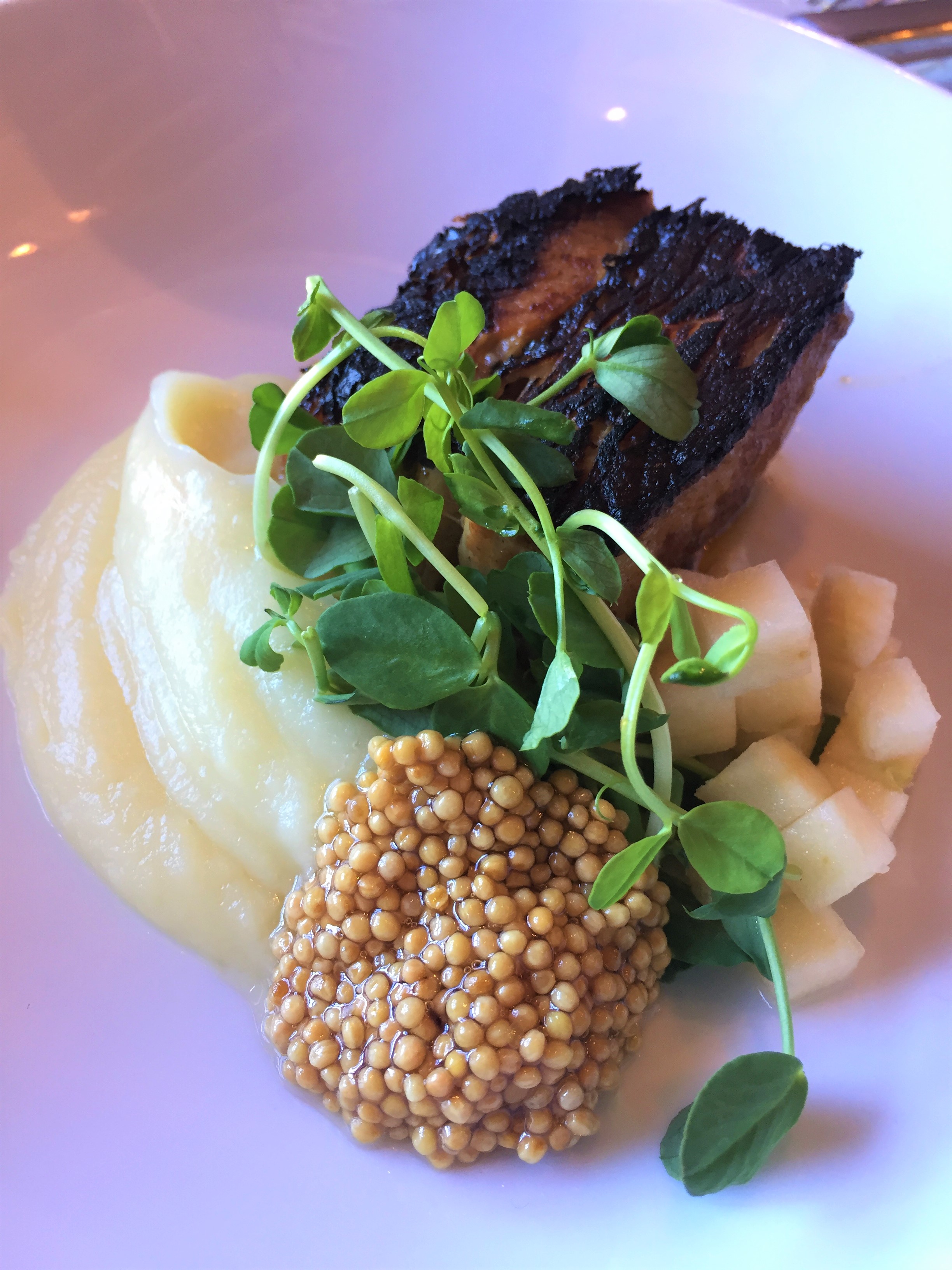 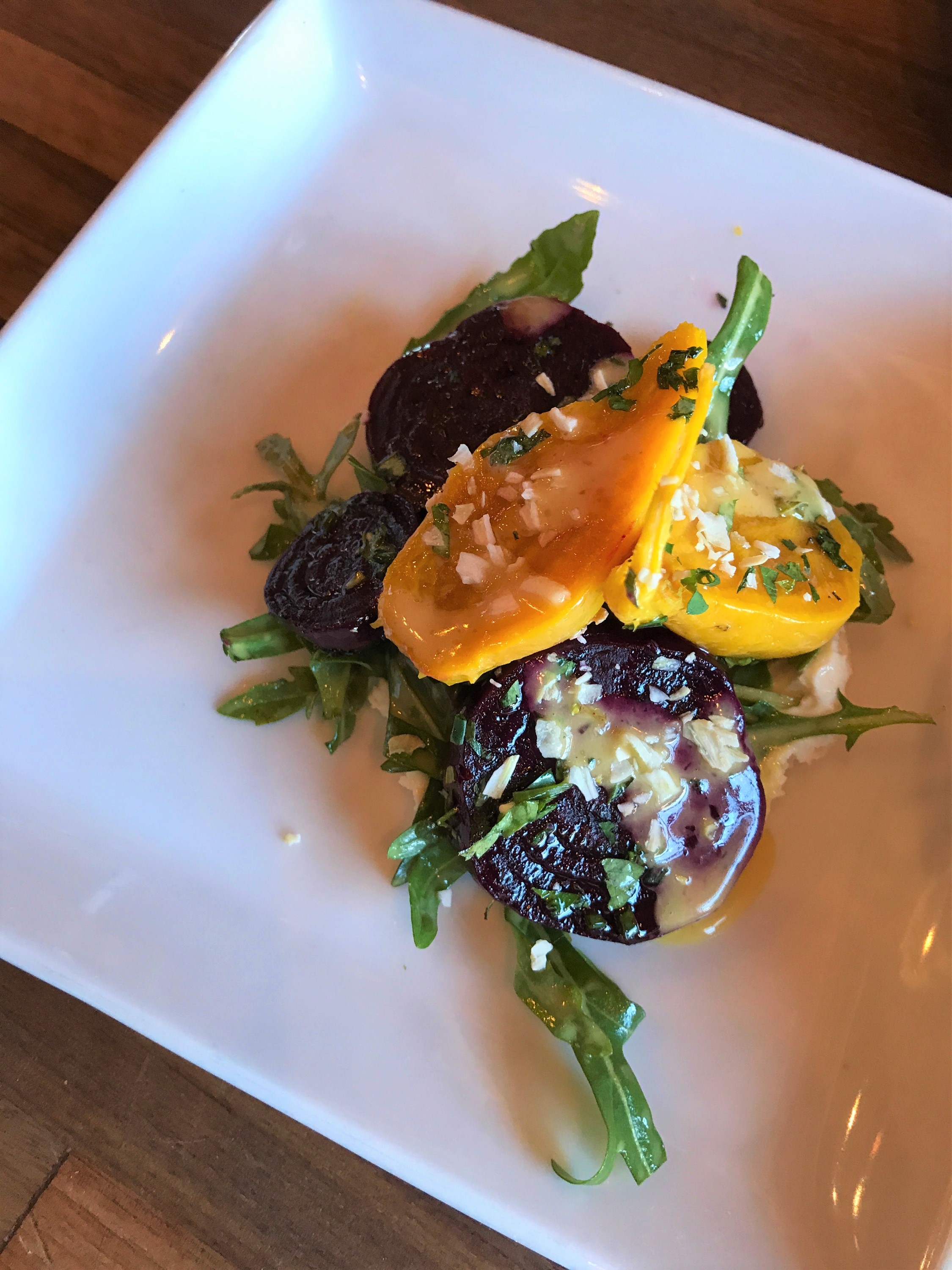 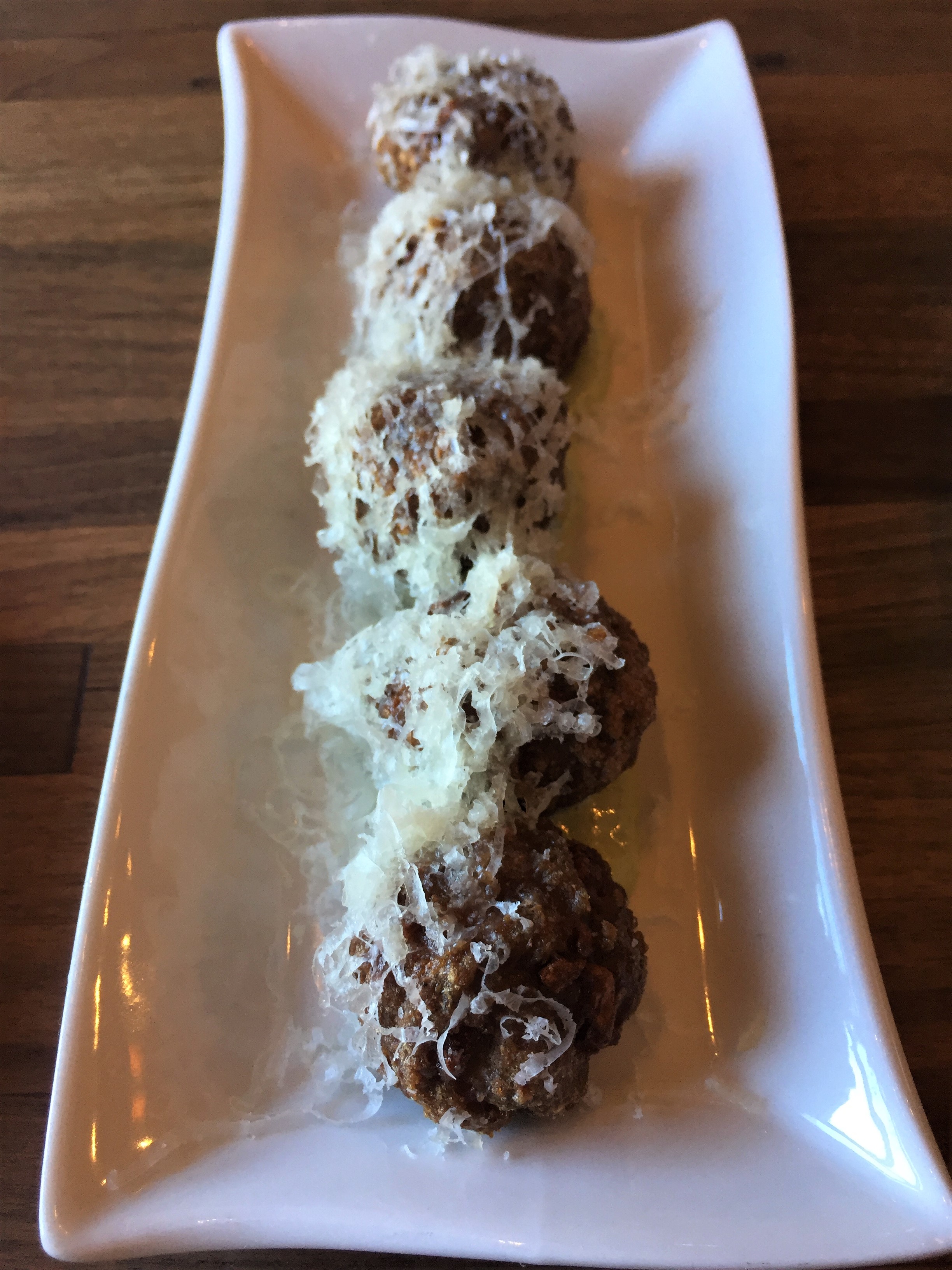 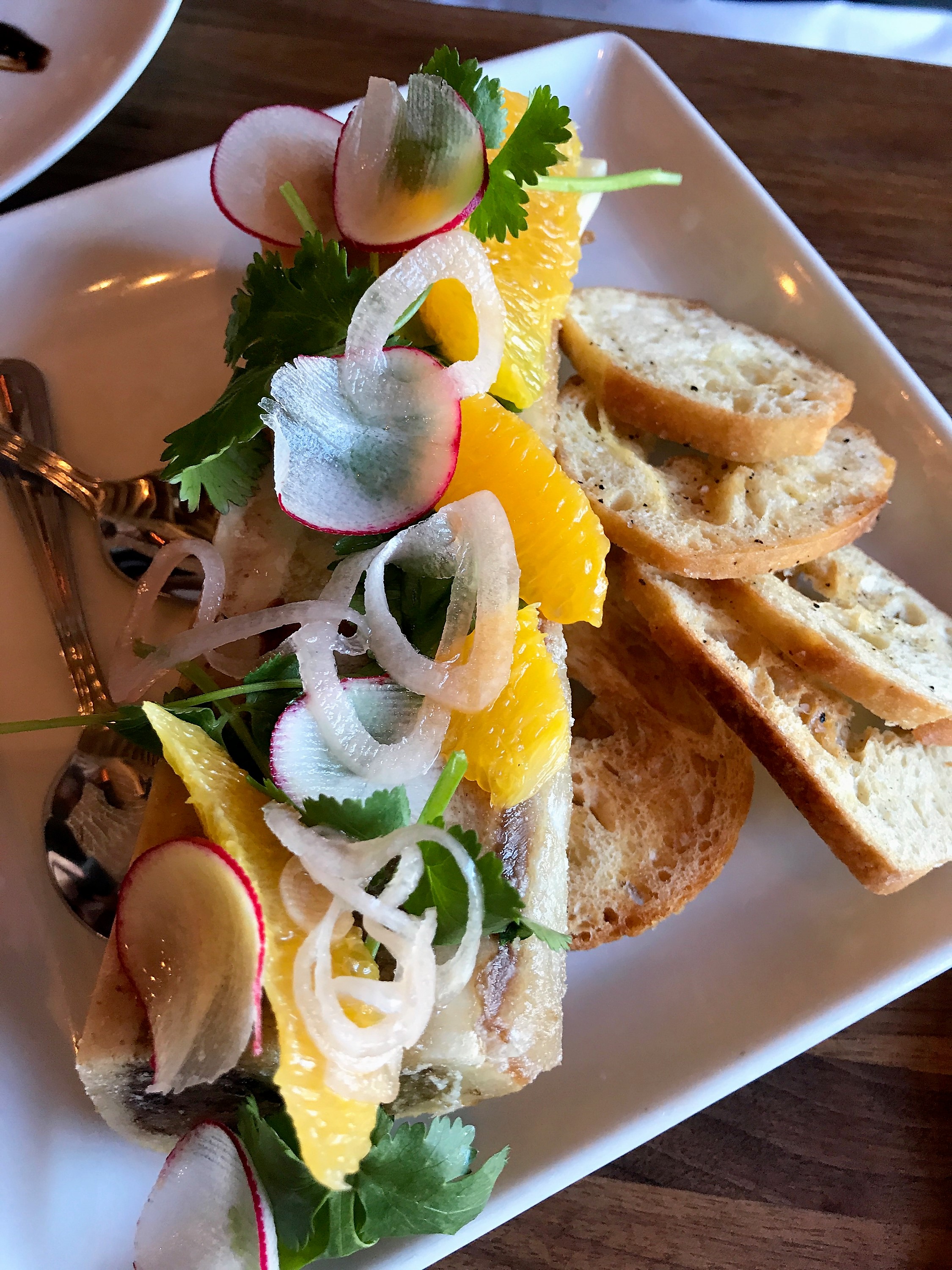 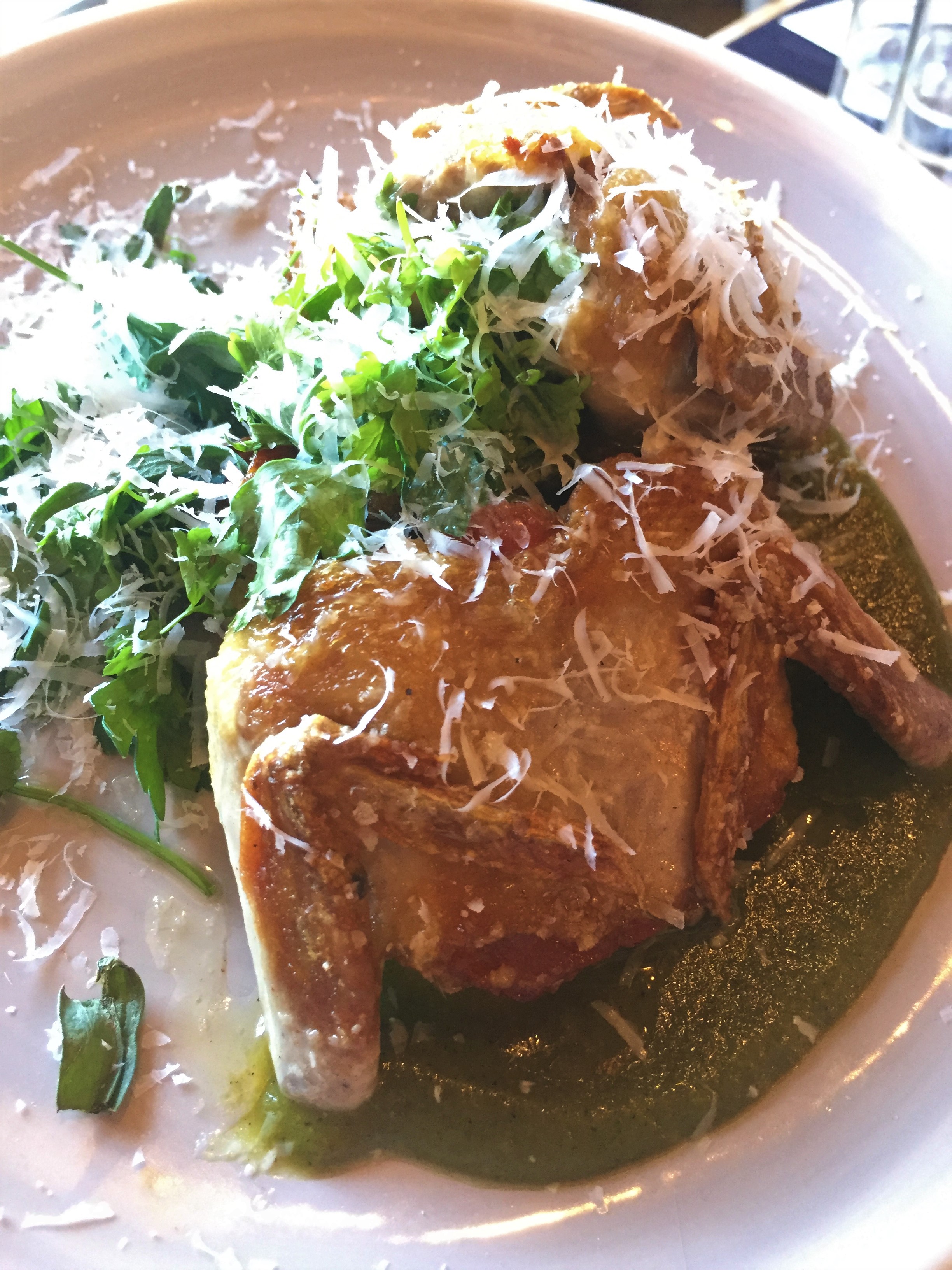 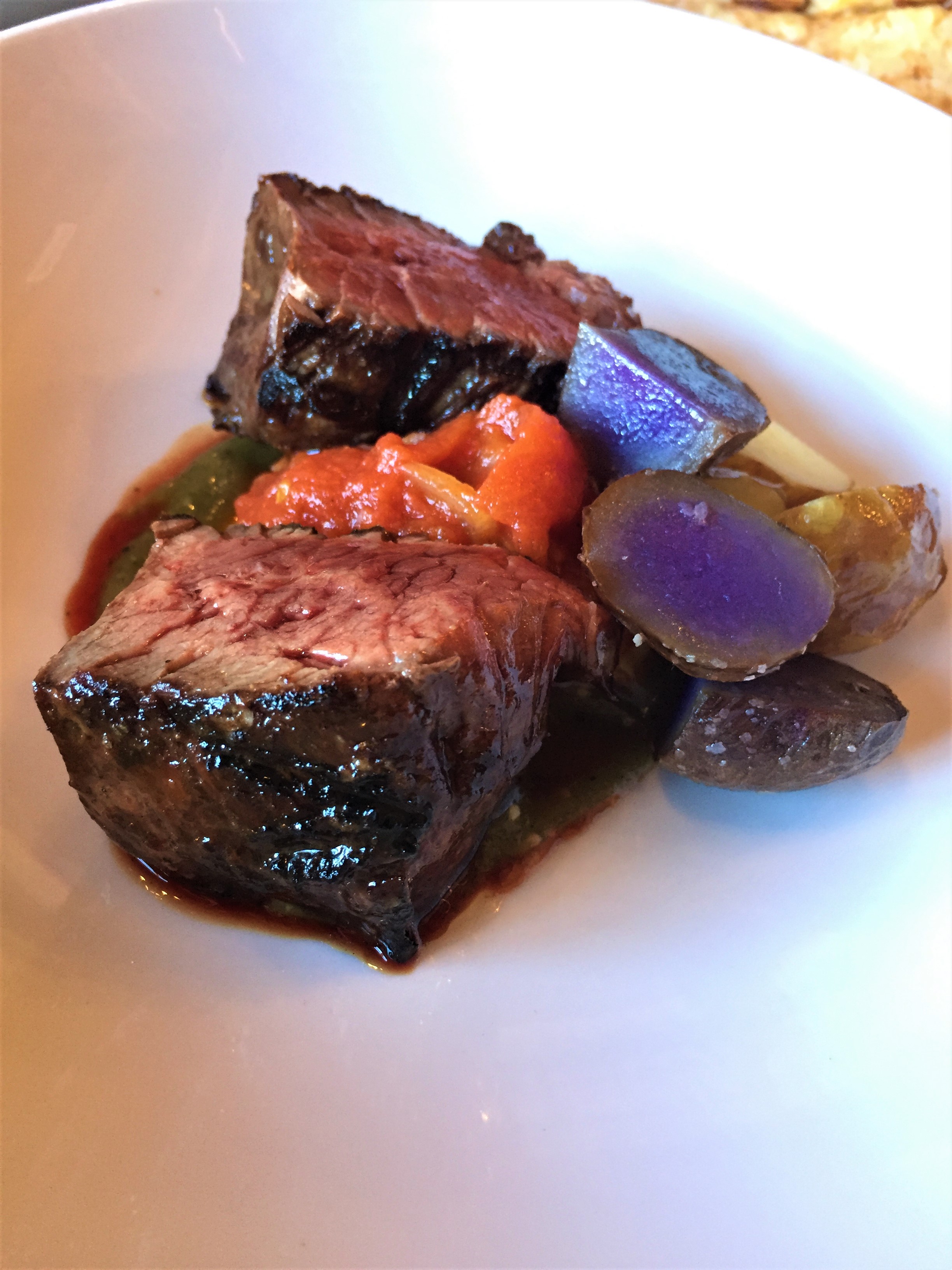 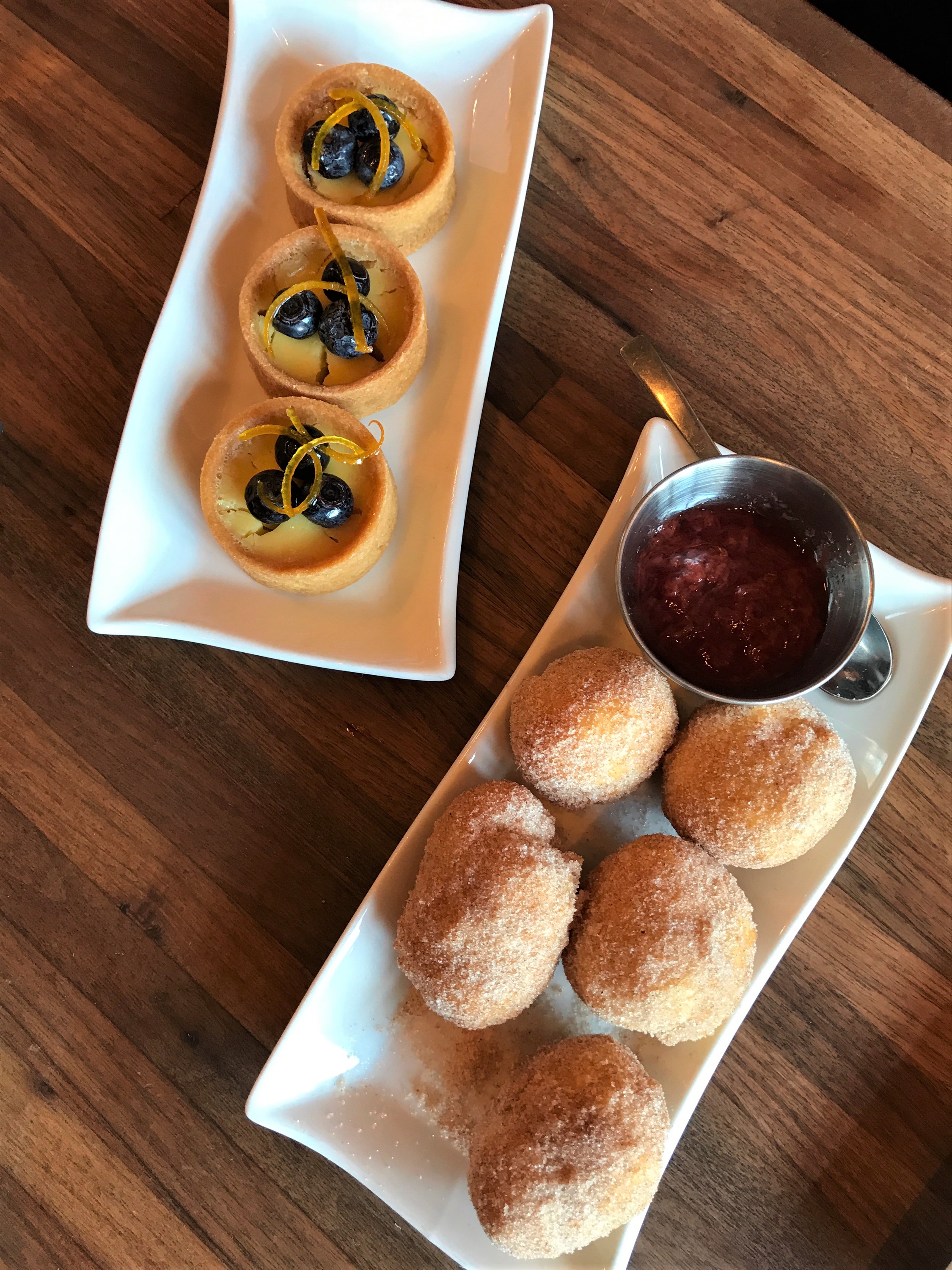 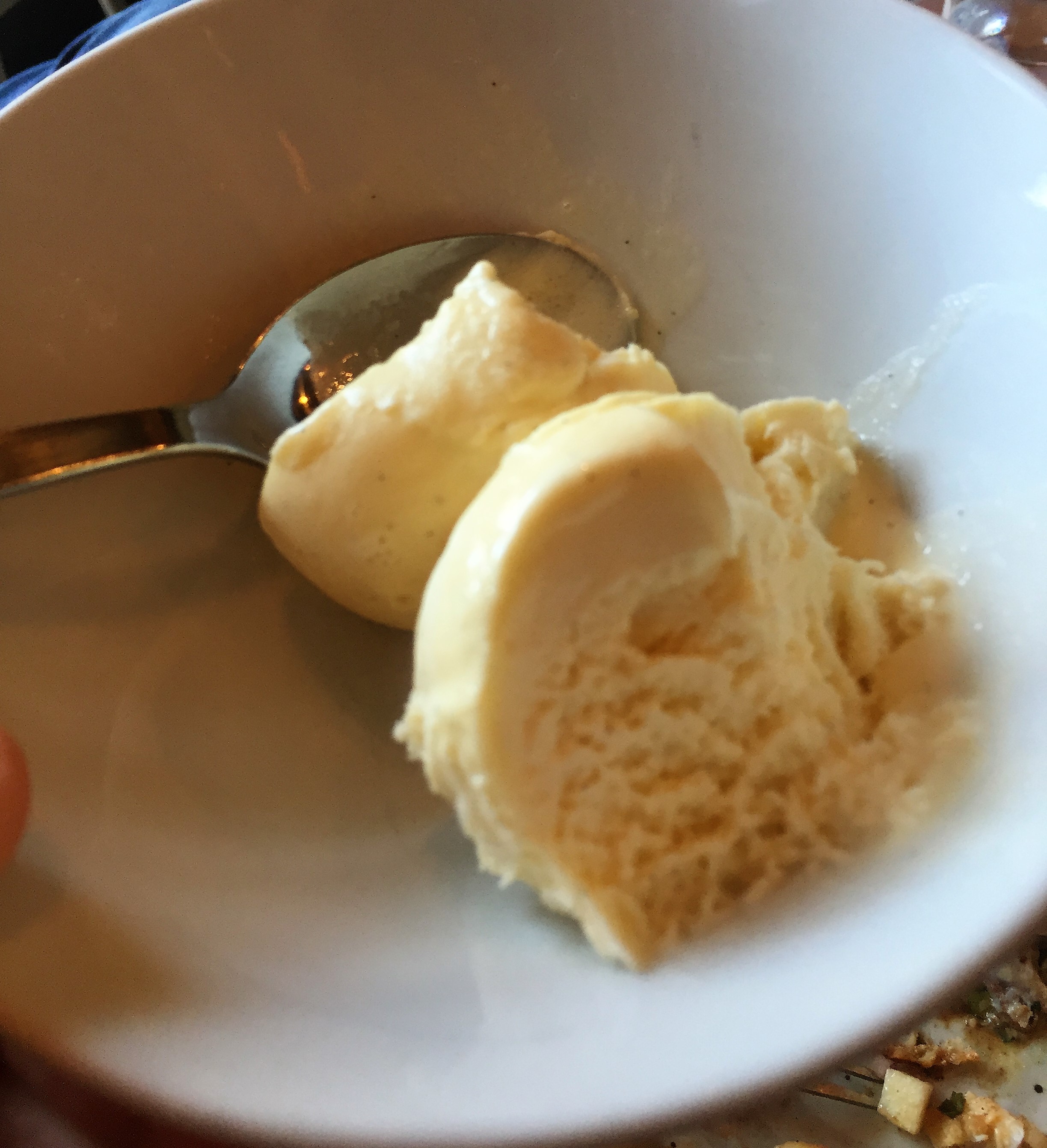 Have you ever wondered what it would be like to have the skills, knowledge, and imagination to create whatever you wanted to eat? Cameron Atkinson, Executive Chef at Centro, is doing just that.

As for what type of food he and his cooks serve up, Atkinson said, “Open. We keep it very loose. The menu itself is all over the place from curry to octopus to marinated fish … Escabeche to potatoes to tacos. It’s just open. Our style here is to put together what we feel we would like to eat and see if it goes … I don’t think we should have any restrictions in what we do and what we try to develop,” said Atkinson.

Centro is on the cusp between downtown and MidTown. I asked Atkinson if his restaurant identifies with one or the other. “I think California Ave. has its own style. It’s a cool little street with a couple bars and restaurants … I think we have our own distinct section [in town],” he said. 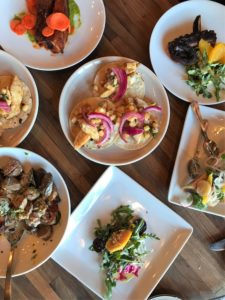 All the color, texture, and flavor I enjoy. Image: Kyle Young

Small plates go by many names: appetizers, mezze, antipasti, banchan, and more. The culinary trend became popular around 2000. The idea is to order smaller servings of different dishes, so diners can enjoy a greater variety. Dishes can be offered à la carte, as they are at Centro, or as pieces of a larger meal. “As a group of people, it’s easier to have small plates, so everybody can taste and enjoy. It makes it a little more social. I think it makes the dining experience a little more fun for everybody at the table,” said Atkinson.

There isn’t a strong correlation at Centro between price and serving size. The Filthy Fries include NY cheddar, whole grain mustard, pickled jalapeño, chives, bacon, and local bratwurst. This $10 dish is plenty for two people. The dish may not be kind to your figure, but your mouth might send you a thank you card.

The $9 Sticky Ribs lived up to their name. I caught a squirrelly one trying to escape my plate, and I definitely went in for the finger lick afterwards. The ribs had moderate heat, a nice sweetness, and a hearty chew. If fall-off-the-bone ribs are more your style, I suggest the Pork Belly in place of the ribs.

The $10 Pork Belly, trendy as it is, deserves a gold star. The braised and then charred fatty meat was tender as can be. It was served with parsnip, apple, pickled mustard seeds, and pea shoots. The mustard flavor was exceptional.

If dining at Centro for an extra light lunch, the $9 Beets are a fine choice. The salad was served with red and golden beets, arugula, mandarins, candied fennel, goat cheese, and honey. It was as much a treat for my eyes as it was my mouth.

The lamb had its natural flavor enhanced by cumin and salty Manchego cheese. Cilantro aioli added a welcome herbaceous note.

The Bone Marrow was beautifully garnished with radish, citrus, cilantro, and pickled shallots. It was served on crisp crostini (small toast slices). The marrow was savory and salty, and held its form just so atop the crostini. The citrus took each bite to another level.

The crisp skin on the Quail was simply seasoned, and a standout dish for me. It was served with tender trumpet mushrooms, poblano peppers, parmesan, petite herbs, and sage jus. The meat was tender, moist, and had a distinct quail flavor. 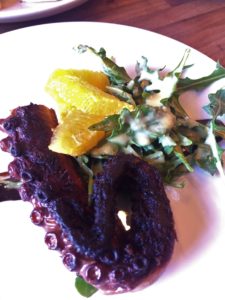 The Octopus was expertly grilled and tender. The prominent flavors were citrus, heat, and black garlic. This dish, too, was striking in appearance.

The $14 Hanger Steak was tender and tasted grass-fed. The tomato jam and salsa verde added a freshness to the dish. The marble potatoes were nice to look at, especially contrasted against the red meat, but ultimately were undercooked.

Be sure to ask your server about the weekly taco selection. “We’ll spit out an idea, and brainstorm on it. Come Monday, we’ll roll out the new tacos. It’s a group effort there. If someone has a great idea, we roll with it. It could be meat, fish, pork, or whatever. Just like everything else, we keep it open,” offered Atkinson. I tried the $8 Tacos with rock fish, pineapple salsa, and pickled onion. The fish was moist, the salsa sweet, and the onion tart. It wasn’t my favorite taco, but not too shabby.

Dessert was a bit of a mixed bag. The $7 Donut Holes had a density that I didn’t care for, but the strawberry compote served with the dish was tart and cut the granulated sugar well. The $7 Lemon Tartlets with blueberries and candied orange were pretty, but lacked the strong lemon flavor I sought. The Gelato, of the vanilla bean variety, was delectable. Whenever I come across vanilla bean ice cream or gelato, I like to bring it to my nose before digging in. The vanilla scent was prominent, and the gelato was wonderfully creamy.

Centro is located at 236 California Ave. in Reno. Rough operating hours are 11 a.m. to 10 p.m. Sunday through Thursday and 11 a.m. to 11 p.m. on Friday and Saturday. If you want to dine in late, be sure to call 775-737-9062 to confirm that day’s closing hour. Visit Centro online at centroreno.com to learn more about their menu and craft cocktails.