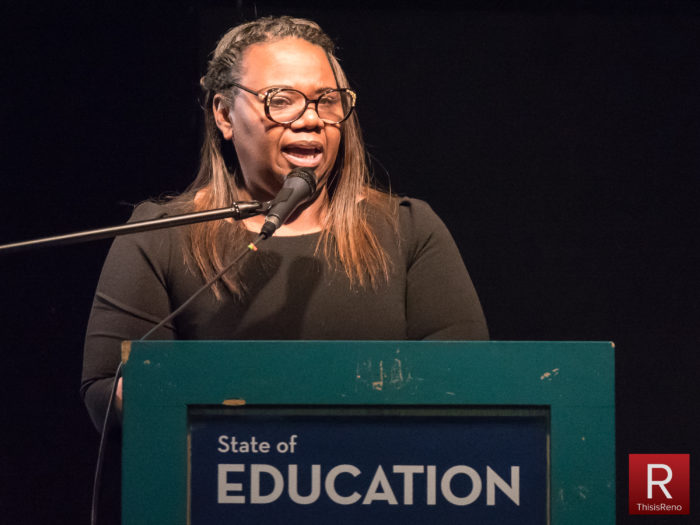 This year’s event was held at Billinghurst Middle School and the theme centered around the journey to graduation, which begins before kindergarten. Students from each grade level shared their advice to younger children via video. A kindergartener talked about making friends on the playground and a high school student spoke about setting goals. 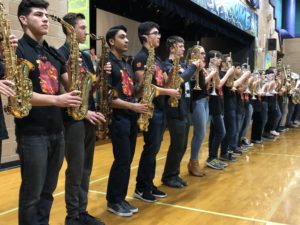 Davis discussed the high school graduation rate increasing and being on track to reach 90 percent by 2020. The class of 2017 graduated 84 percent of its students within four years, up 7 percentage points from the prior year. It also closed gaps with key demographics, including minority groups, students who qualify for free and reduced-priced meals, and English language learners.

“We set the bar high for every student,” Davis said. “It doesn’t matter the color of their skin, their gender, their race, or their religion. My goal, our goal, this community’s goal, is to get each student to the finish line with rigor and relevance.”

Cyndy Ortiz Gustafson, one of several scheduled speakers, suggested the district emphasize the “every” in its motto: Every child, by name and face, to graduation. She said families and schools are strengthened when both work together.

“I learned early on in my son’s education that his school had the one thing I can’t recreate for him at home and that is a community of his peers to engage with and learn every day,” said Ortiz Gustafson, a mother of a special needs child. “So many teachers at my son’s school, and at other schools, go the extra mile to invite a child in special education to attend a dance or work on a play or go to a game. And when they do, everybody wins, including their typical peers.”

Davis spoke about free district resources available to all families, including Parent University, which is sponsored by the Washoe K-12 Education Foundation. It offers about 400 learning sessions per year and hosts two districtwide family engagement days that help parents get more tools to better support their child’s academic learning.

Since there’s a key link between achievement and school climate, social emotional learning has been among things at the forefront. Such learning focuses on developing listening skills, disciplined self awareness, and interpersonal relationships. 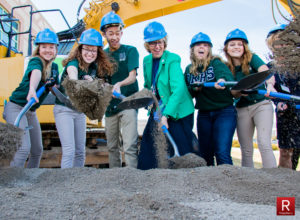 School construction was another a key topic. An addition to Damonte Ranch High School is scheduled to open when students return from spring vacation. Construction has started on an elementary school in South Reno and on middle schools in Spanish Springs and Sun Valley. All three are expected to open in August 2019, Davis said. The new high school in the Wildcreek area to open in fall 2021 and the repurposing of Hug High School into a career and technical academy to open in fall 2022 were also highlighted.

Improvements to aging schools is ongoing at a cost of about $20 million per year.

The district is also in the process of acquiring land for a middle school in the Arrowcreek area of south Reno and for elementary schools in the North Valleys and Spanish Springs areas, Davis said. A tentative timeline, which is subject to change, shows those three schools opening in fall 2020. Funds for construction and repairs are coming from a November 2016 voter-approved sales tax increase. Such funds cannot go toward day-to-day operations and teacher or administrator salaries.

Davis also addressed the district’s new priority-based budgeting process. The 2019 fiscal year’s budget was $19 million short of being balanced, but after community forums and surveys asking for recommendations on where to cut, has been reduced to $5 million pending board approval.

“This process allows the district and trustees to make better informed decisions,” Davis said. “It helps ensure the community can identify the most highly-valued programs and services and to ensure they’re preserved when the district is deciding on any budget cuts.”