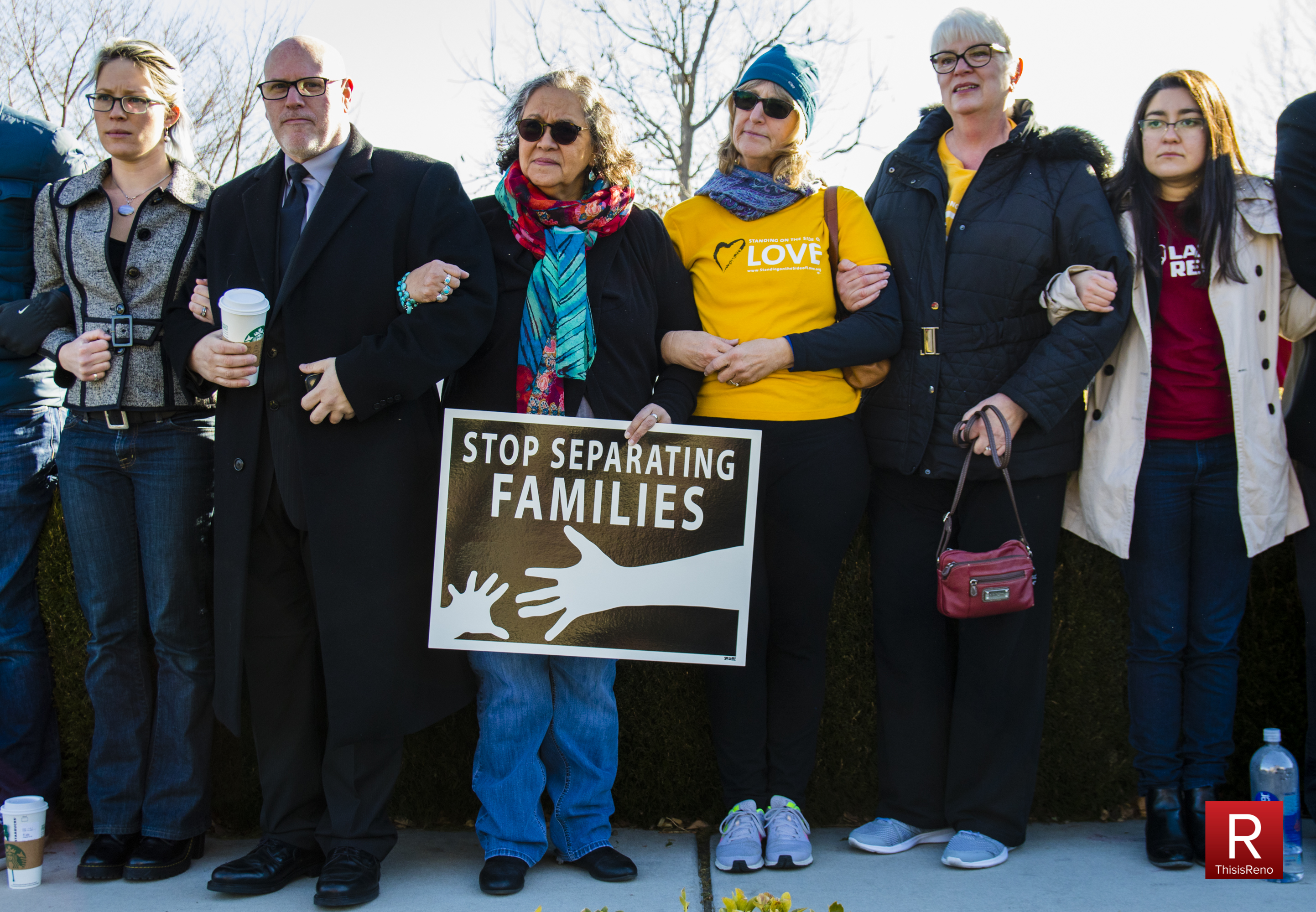 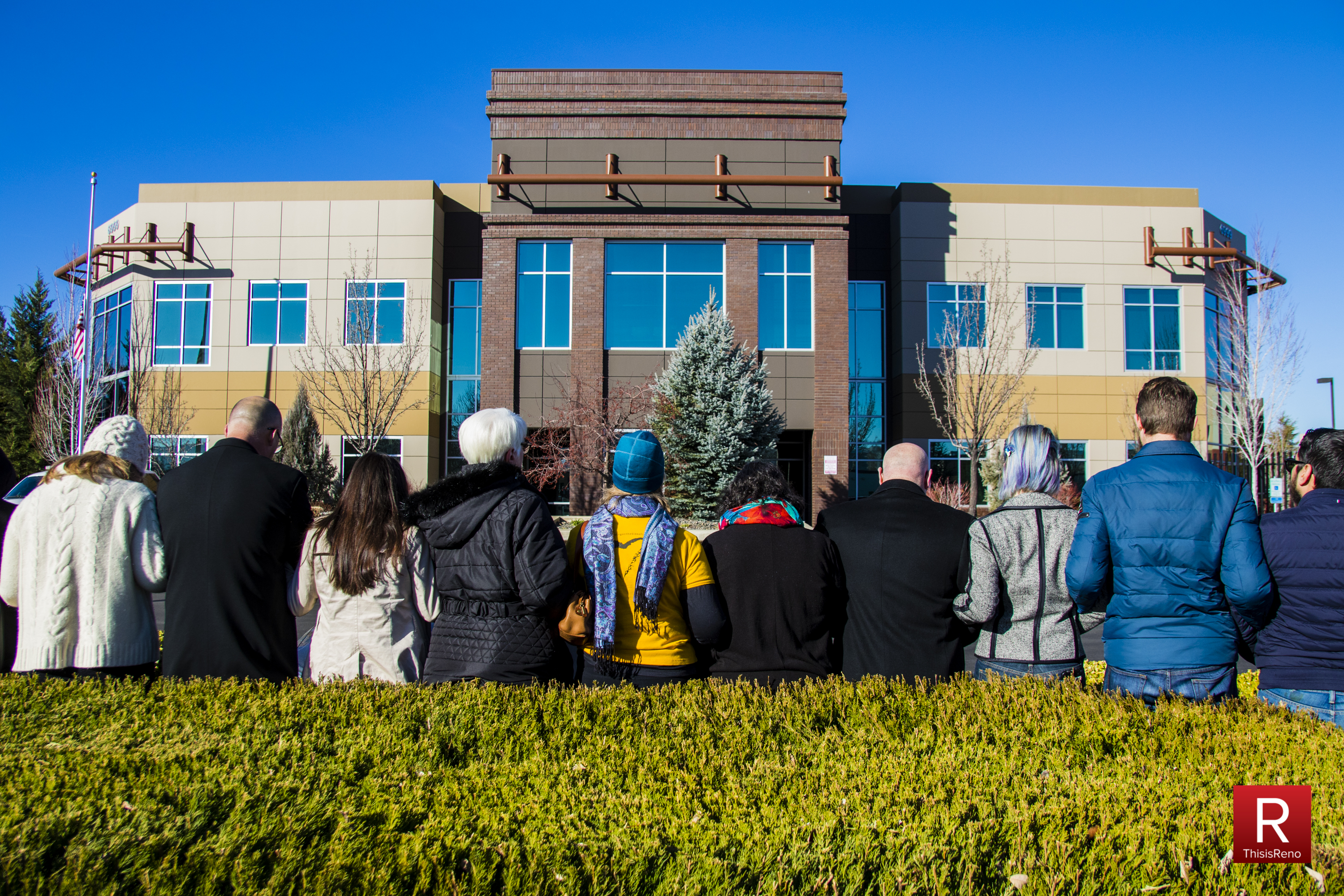 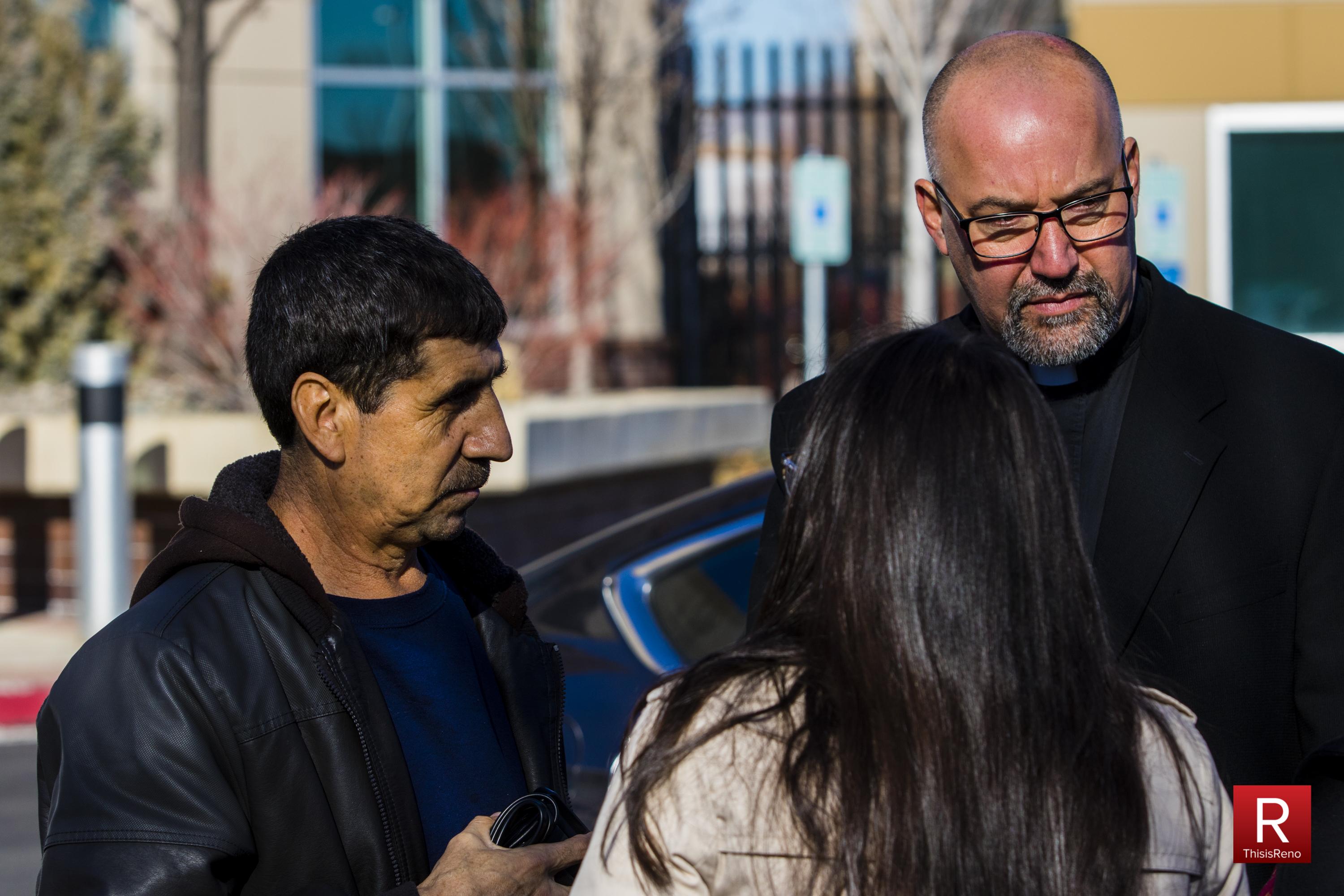 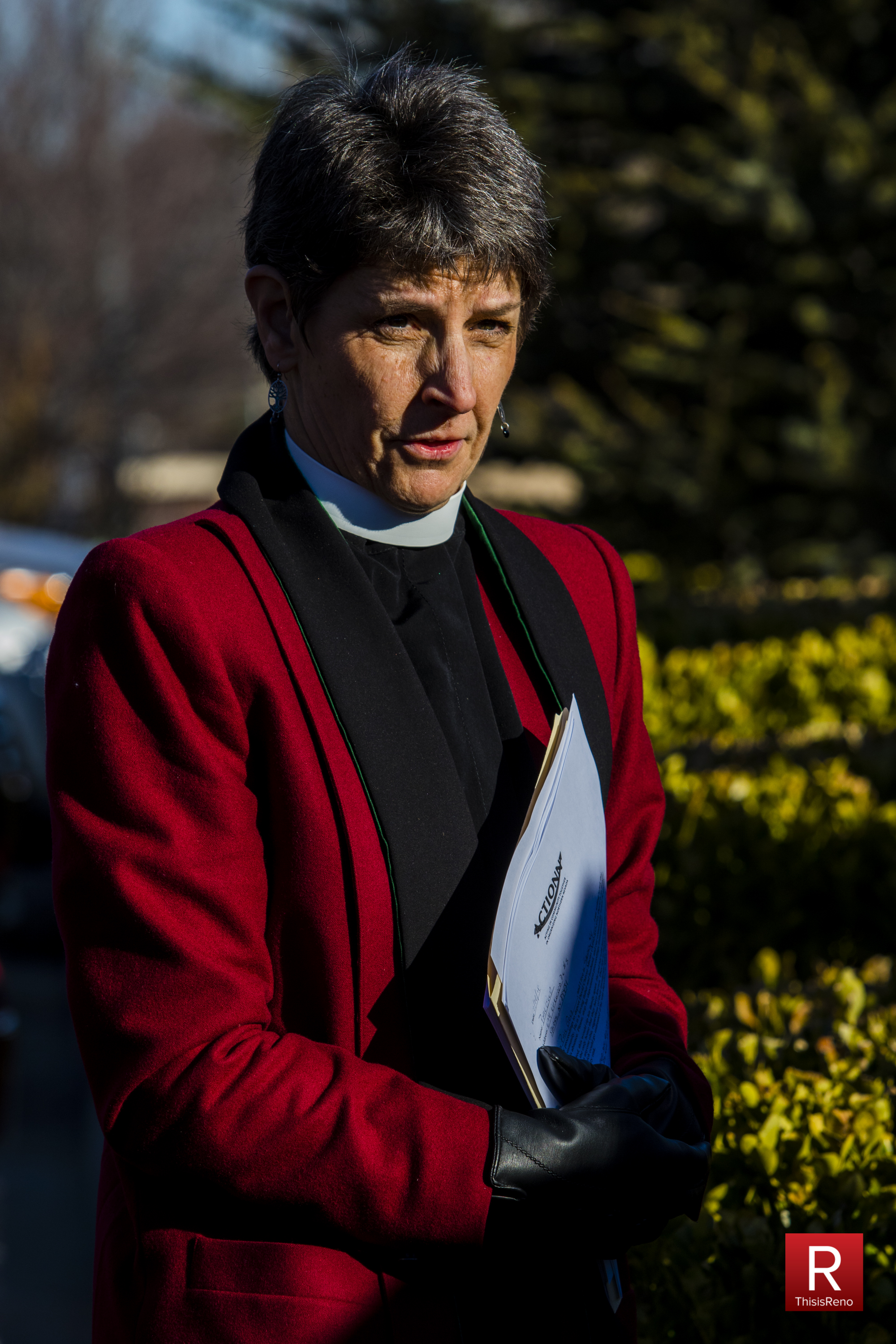 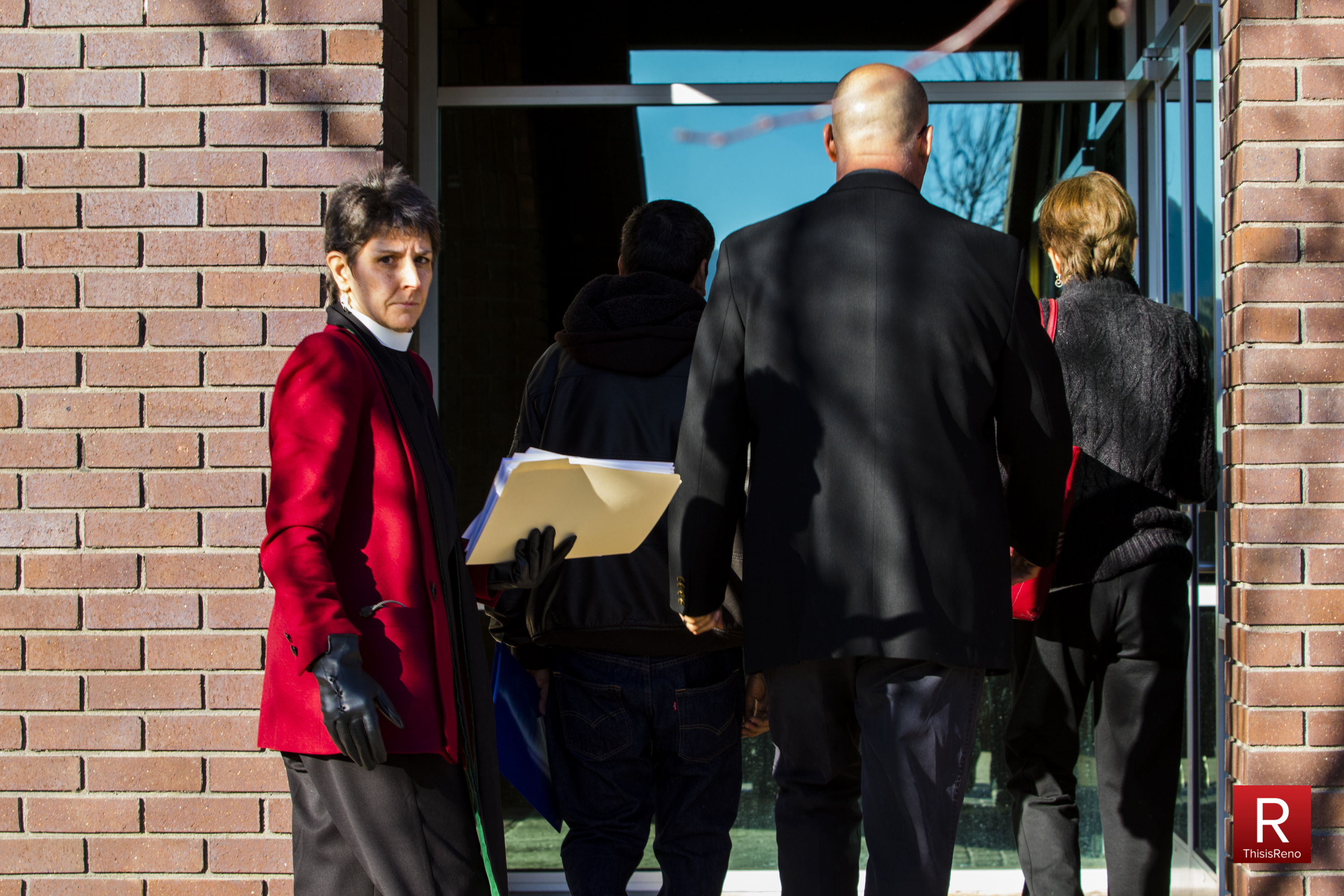 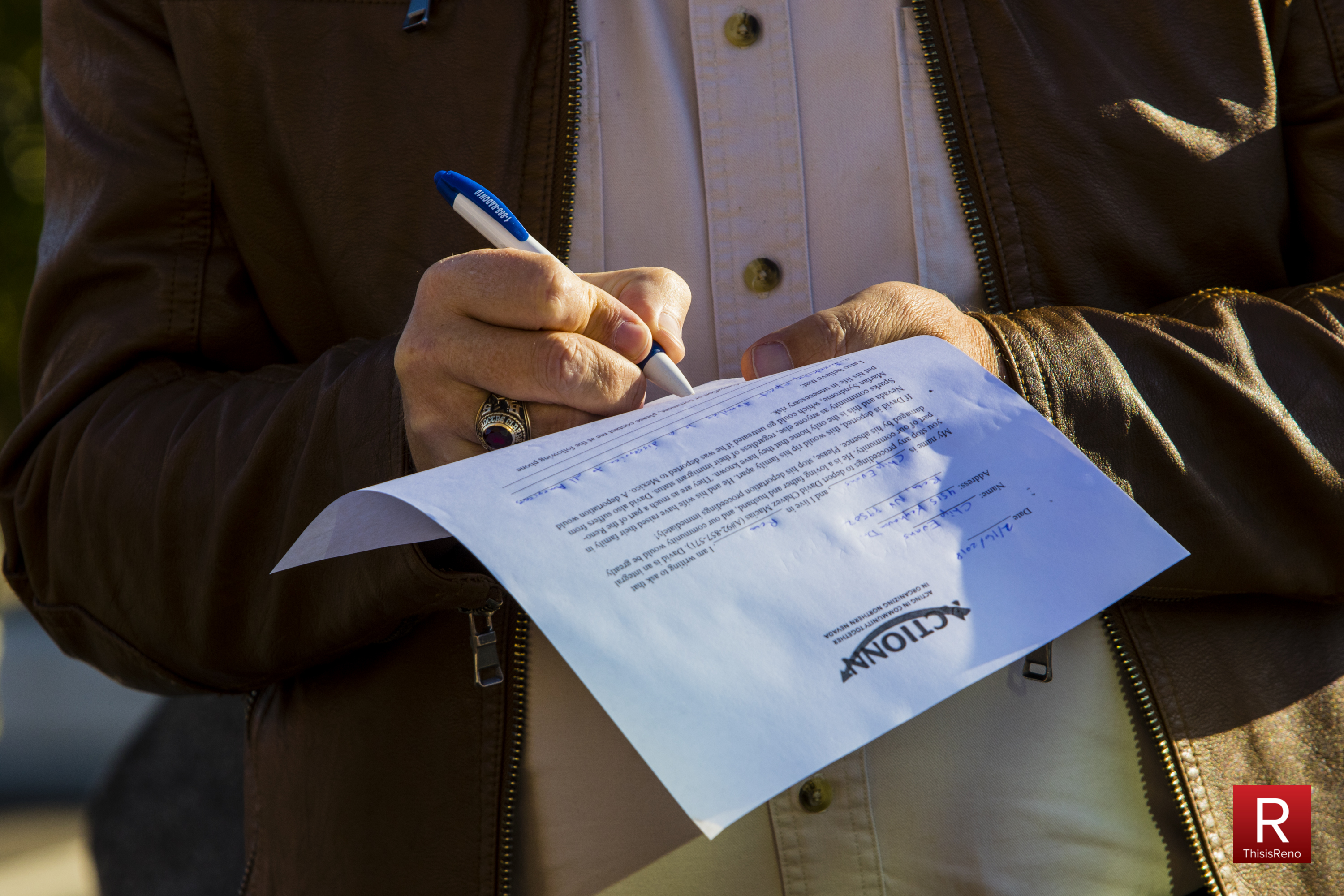 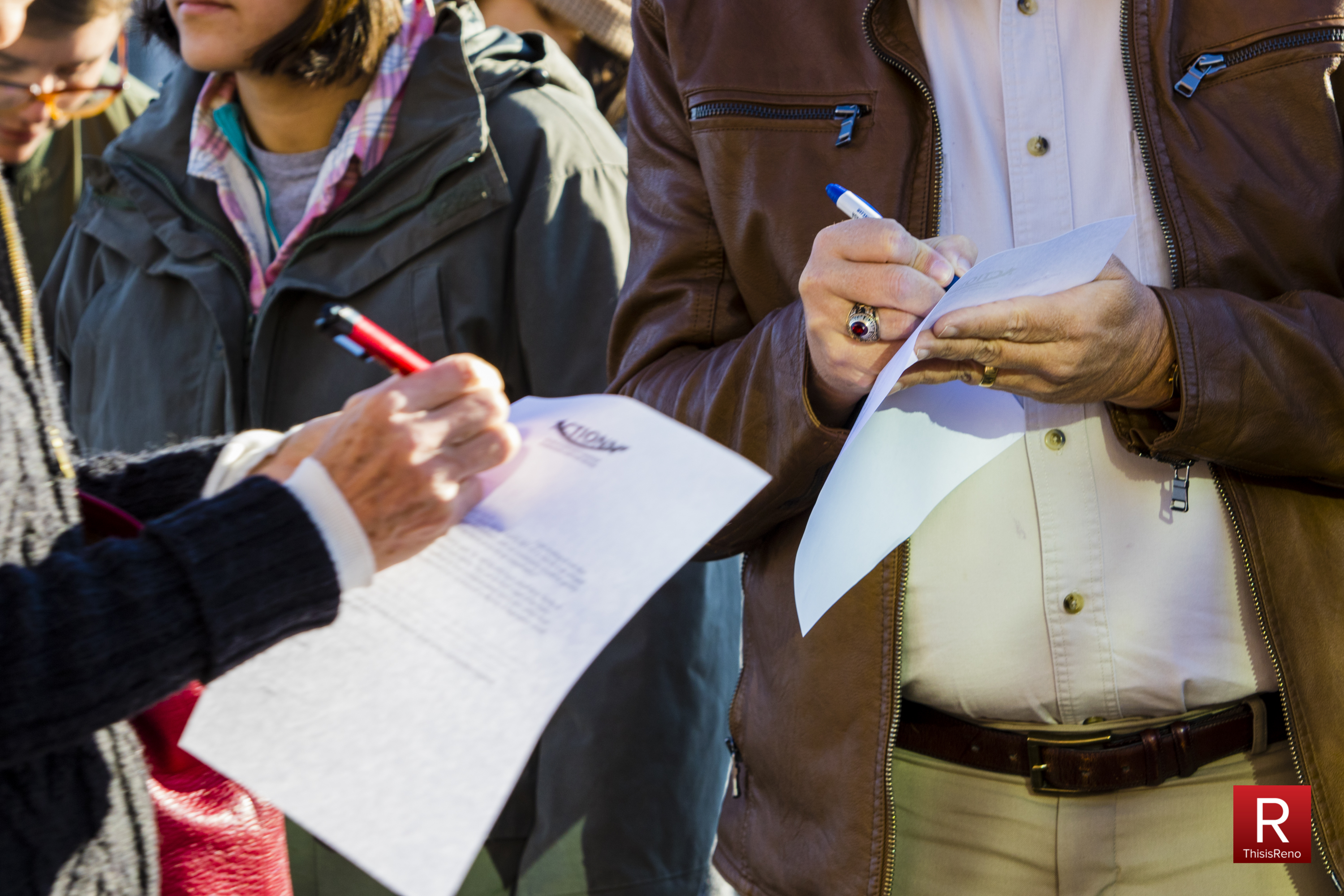 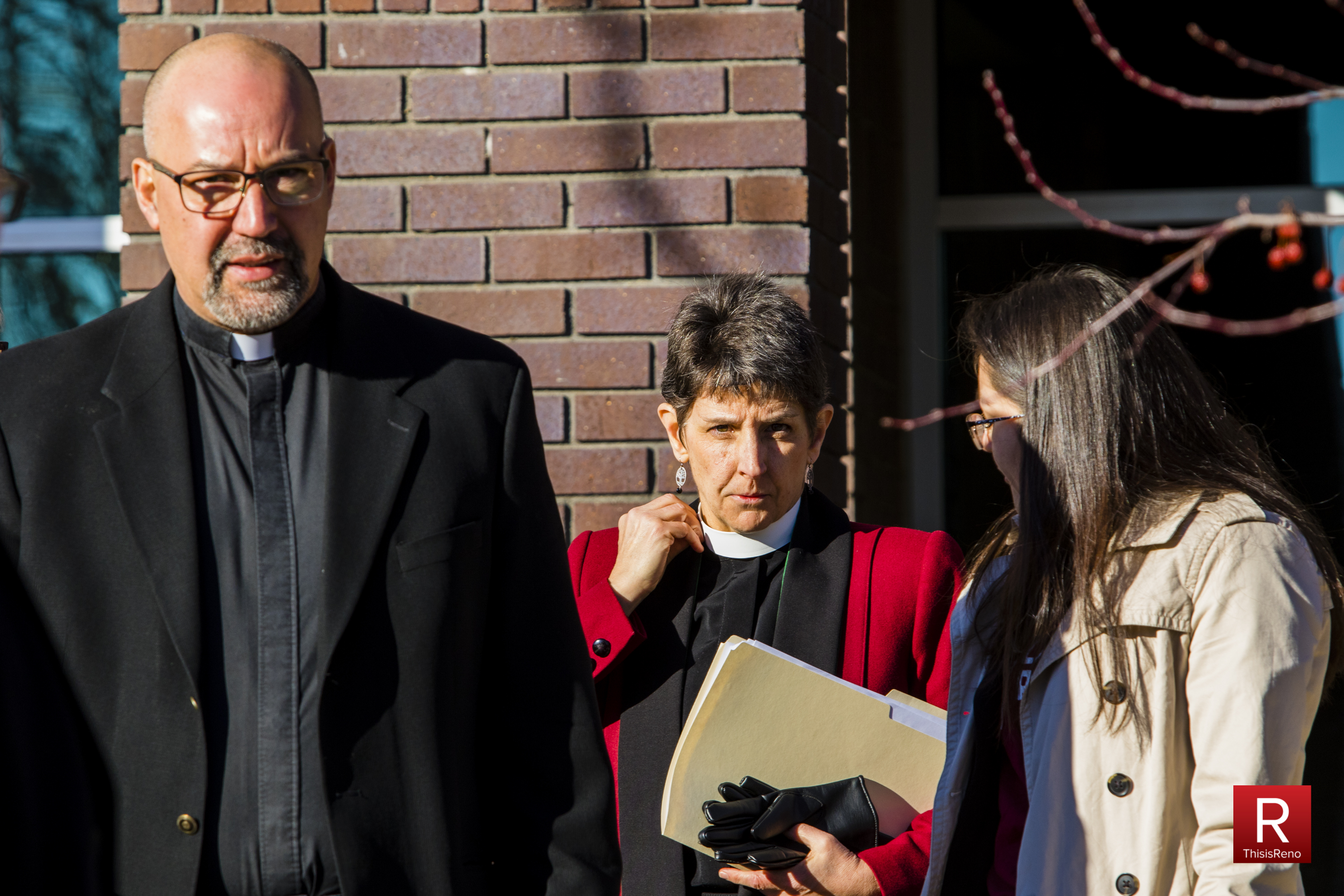 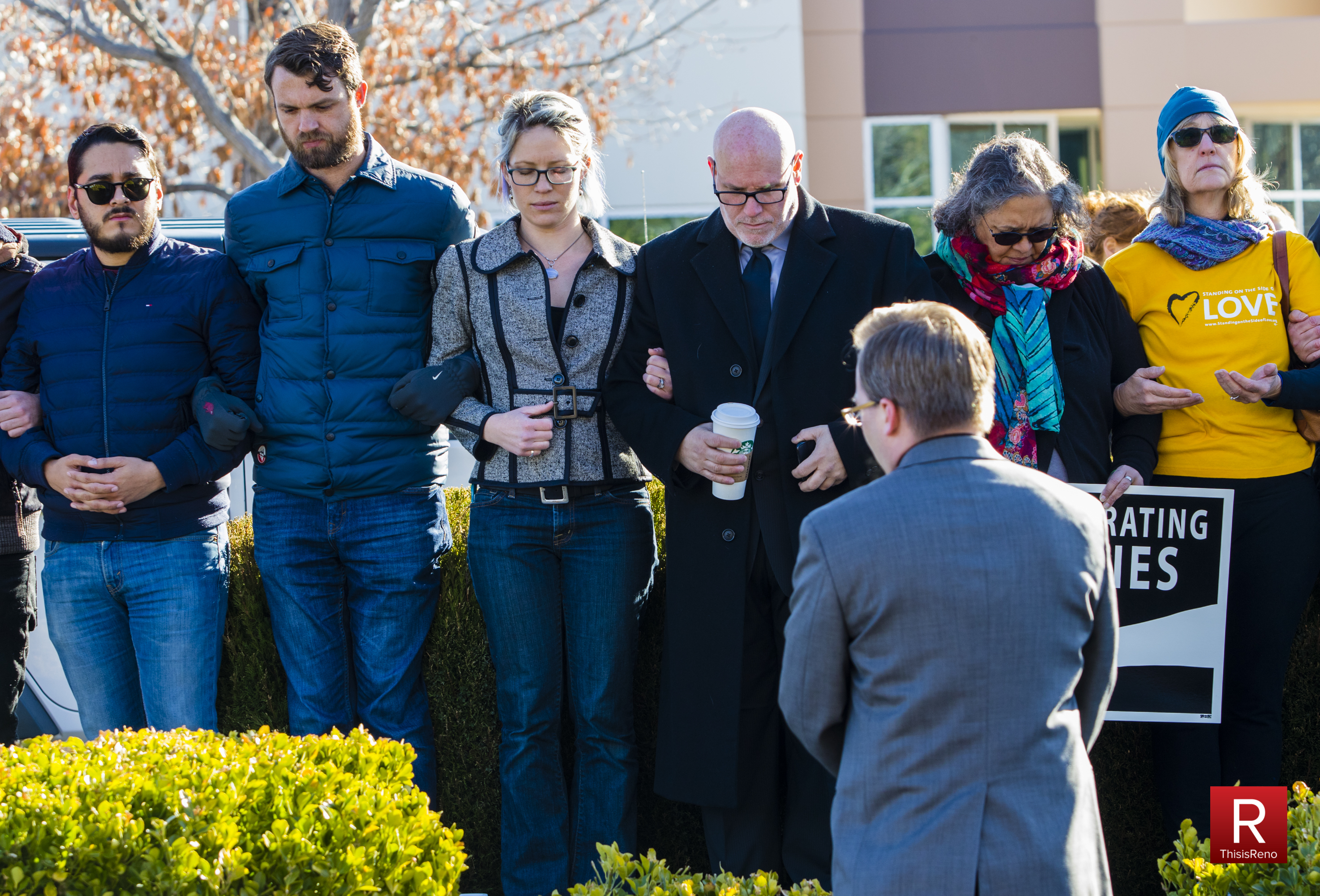 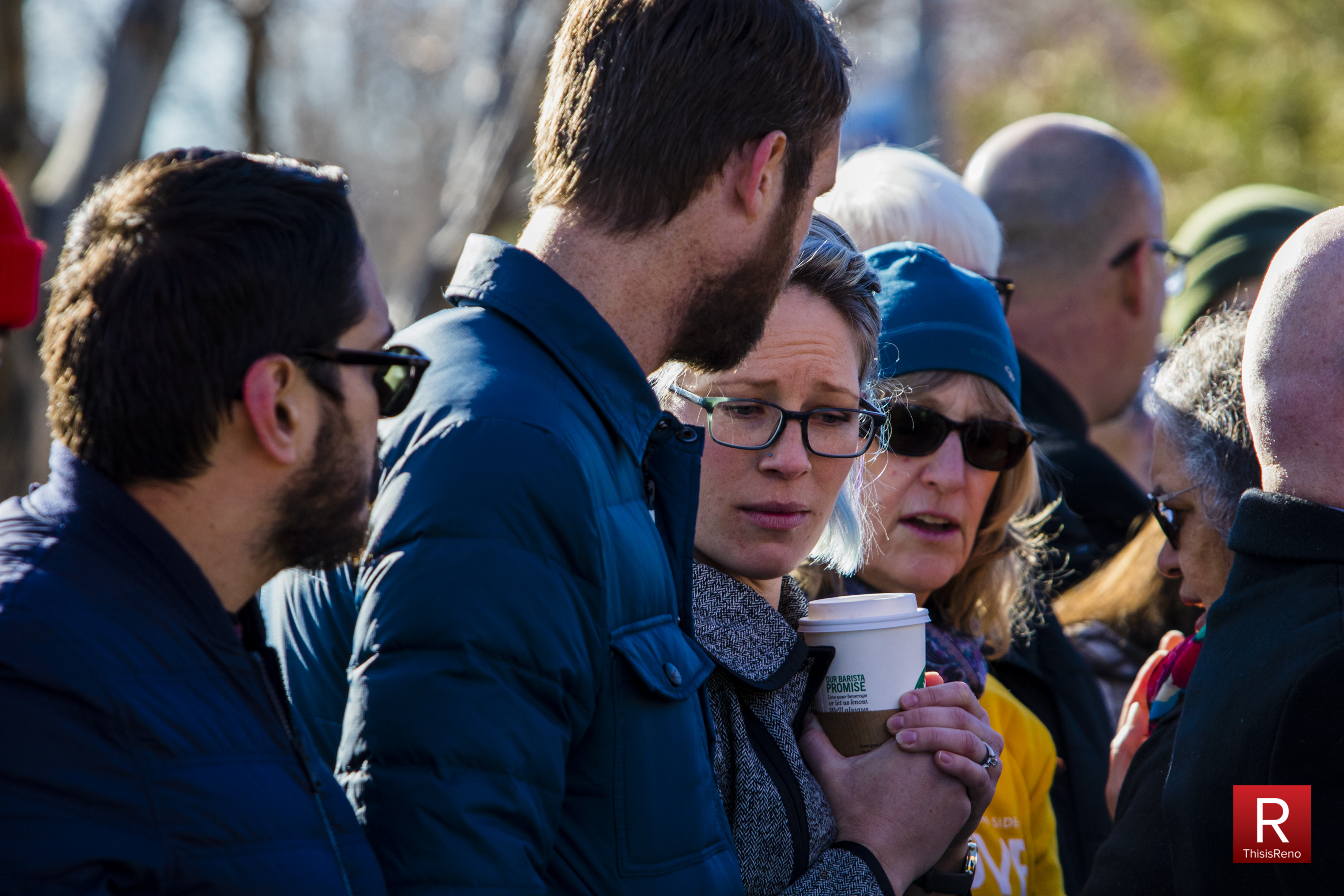 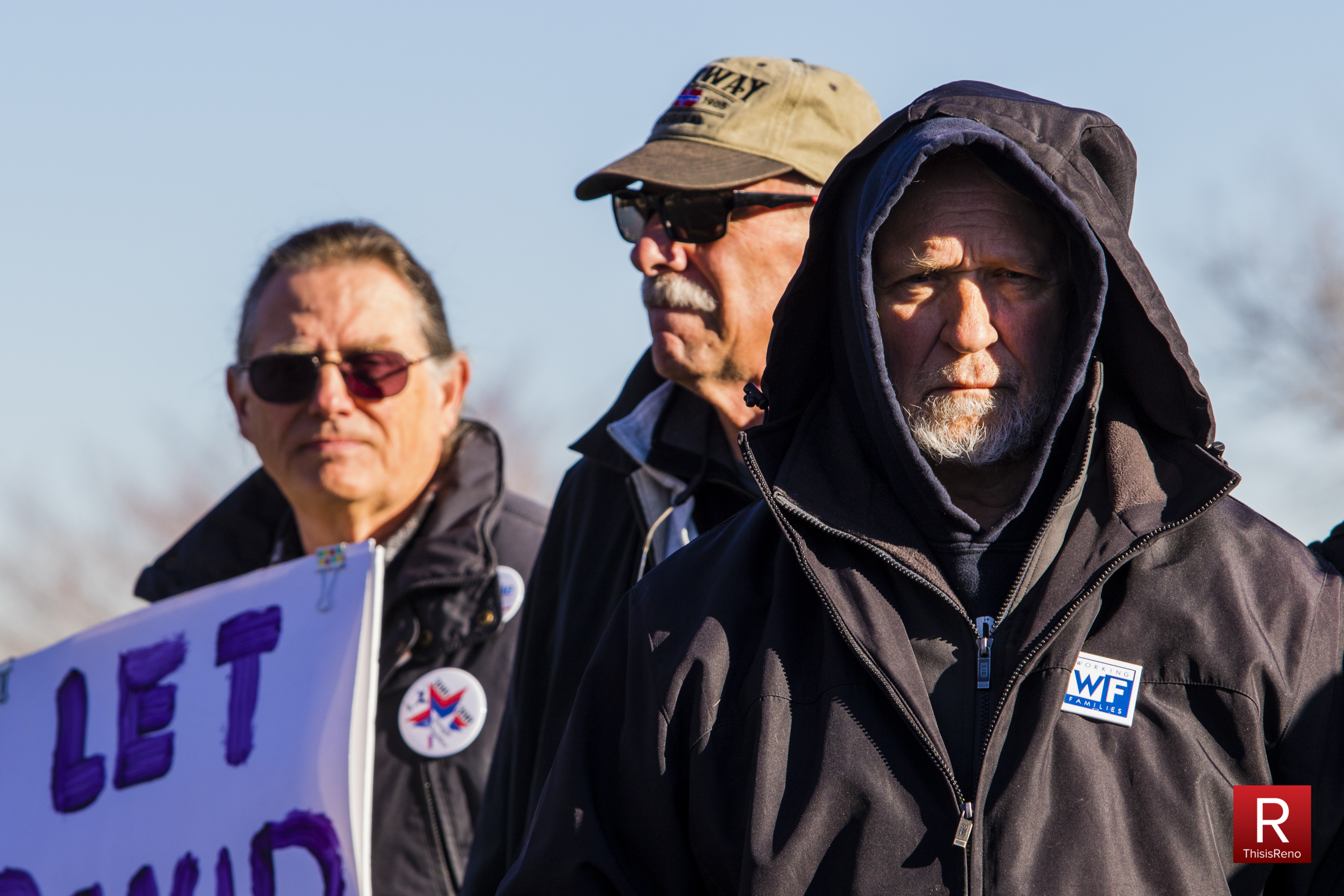 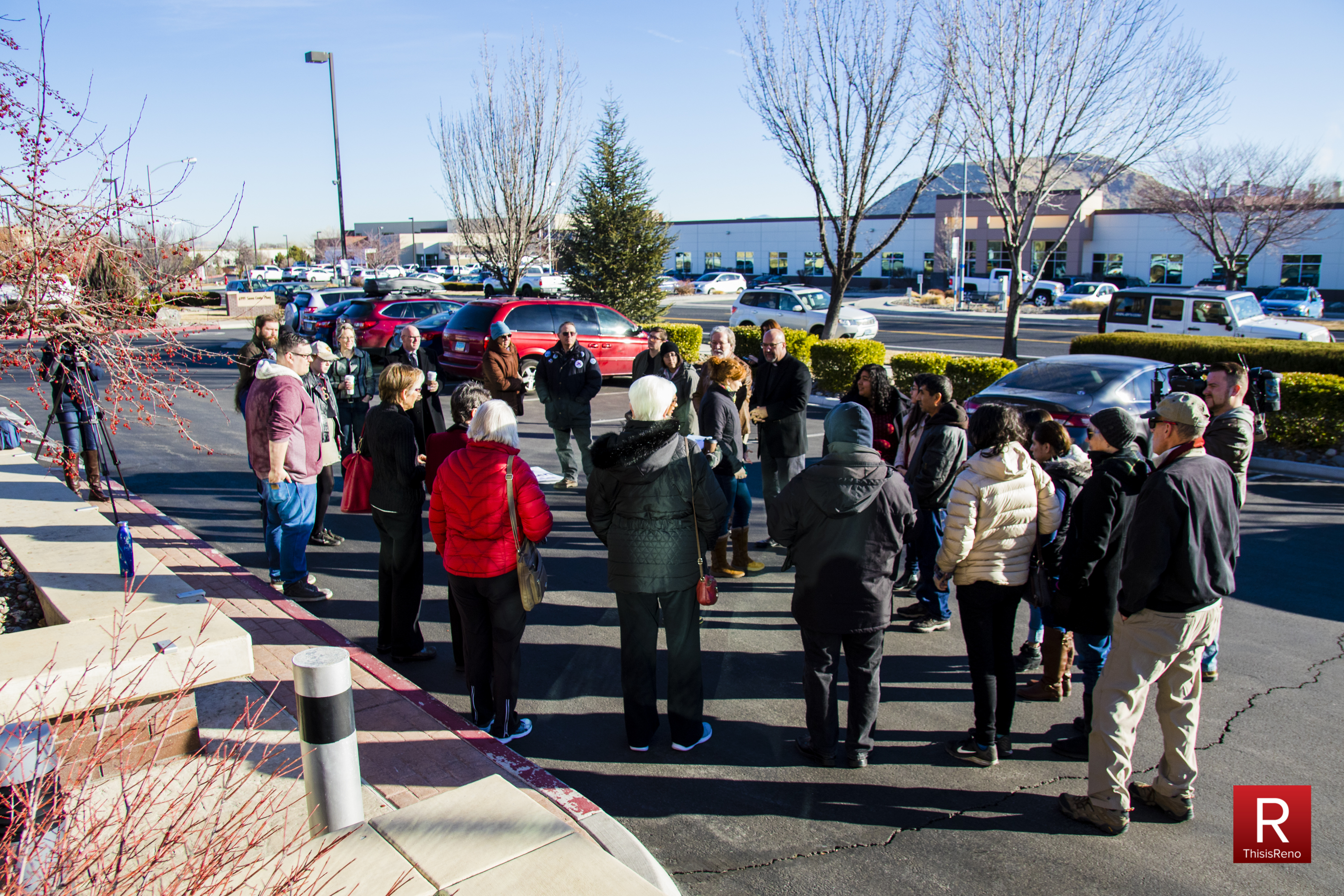 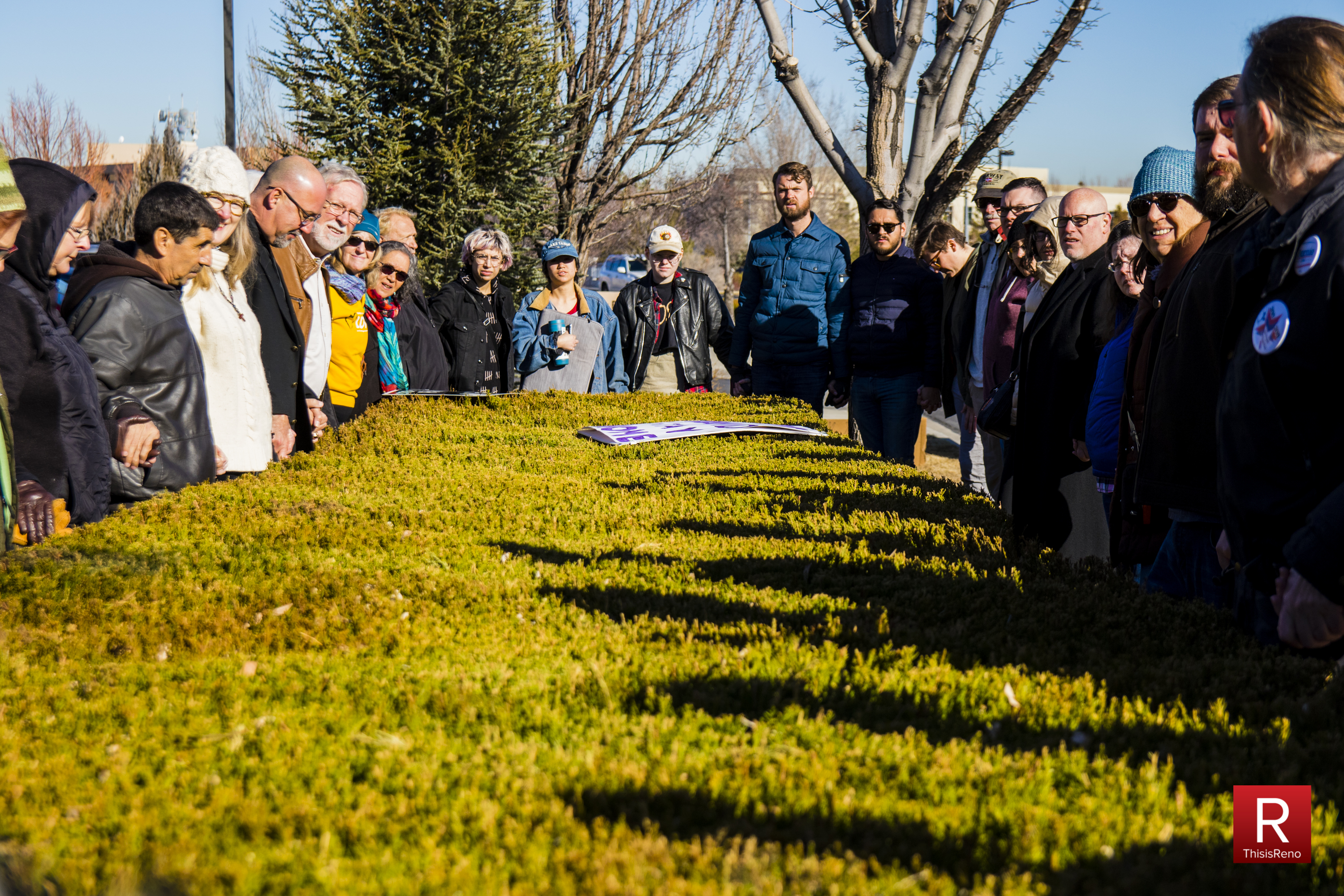 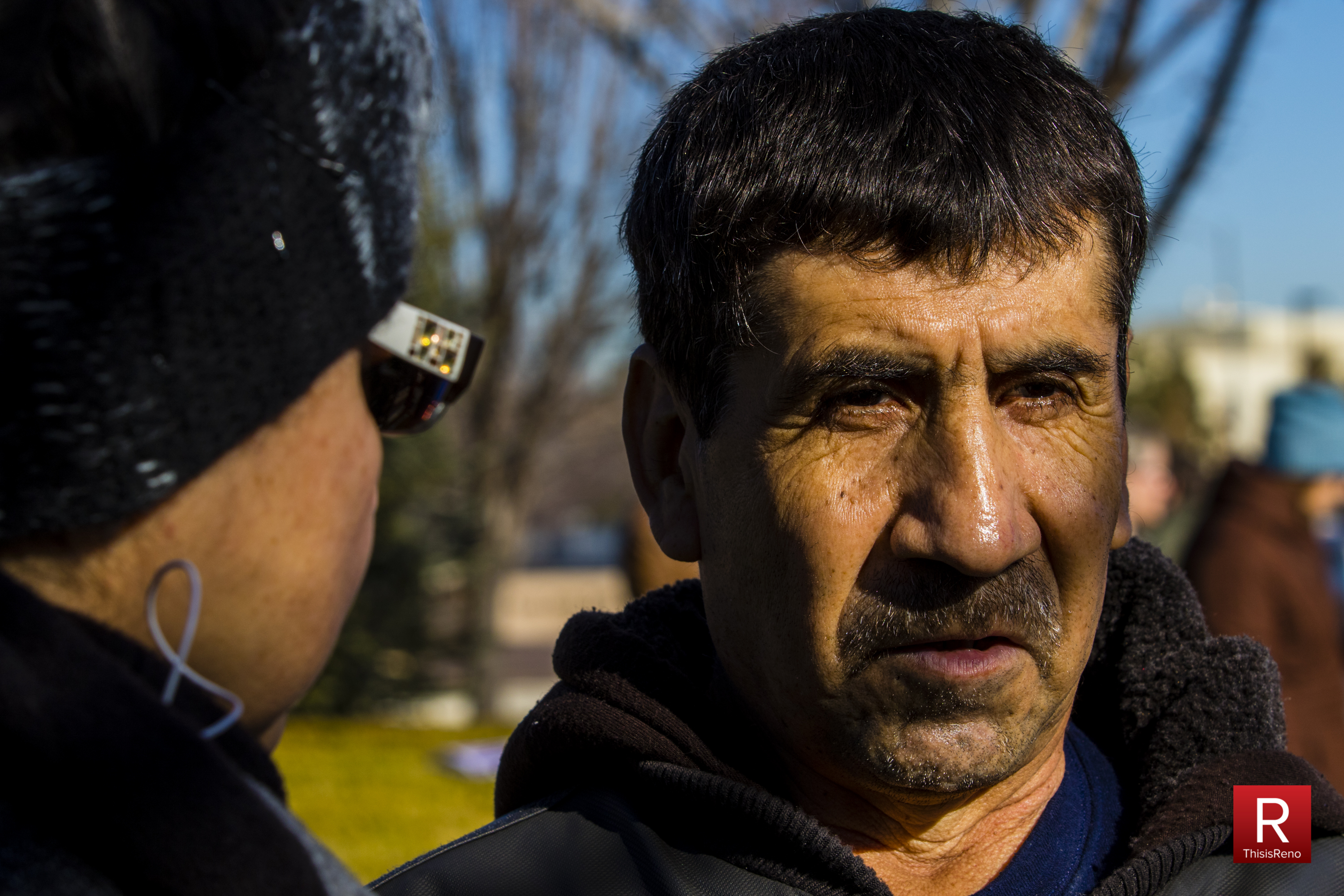 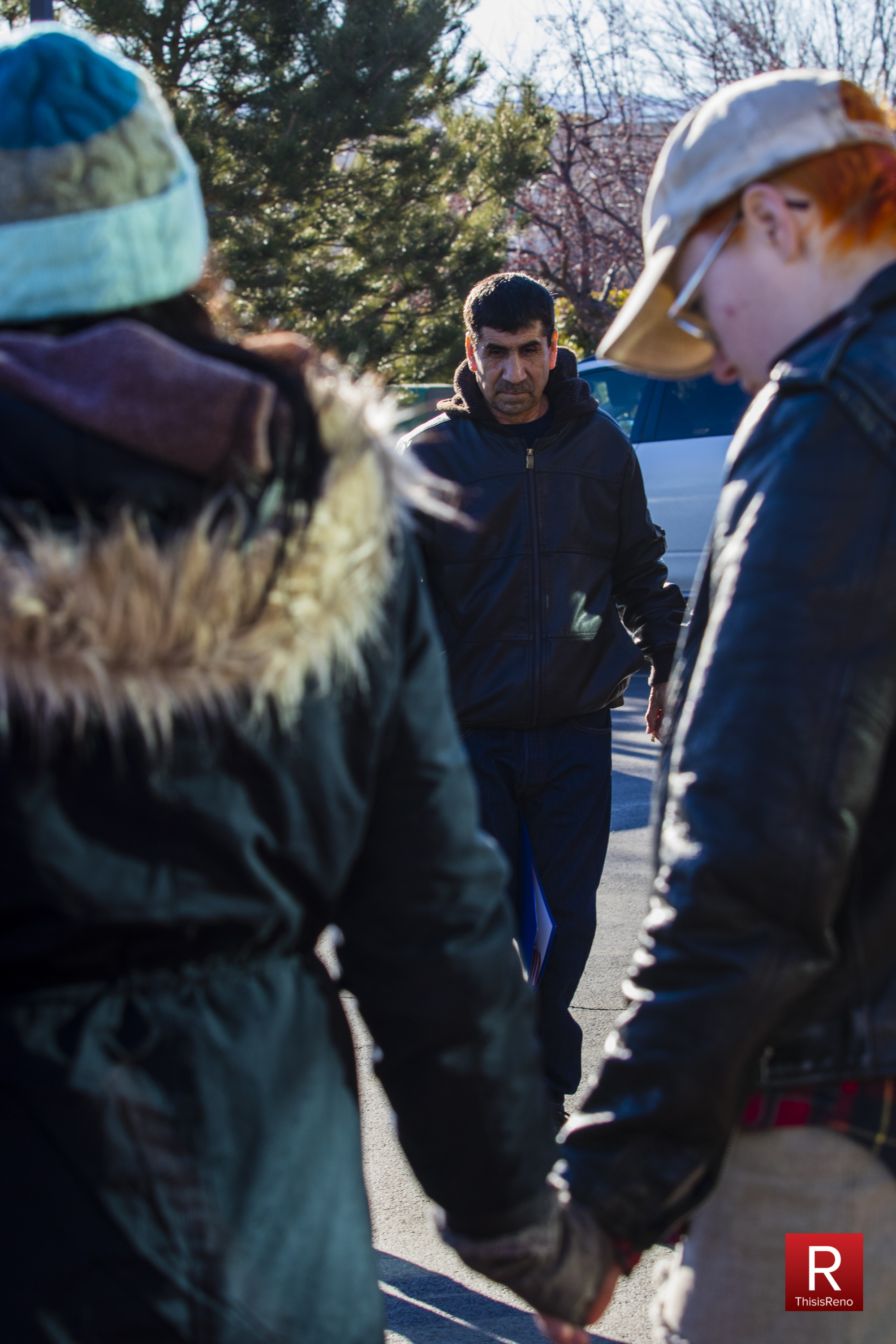 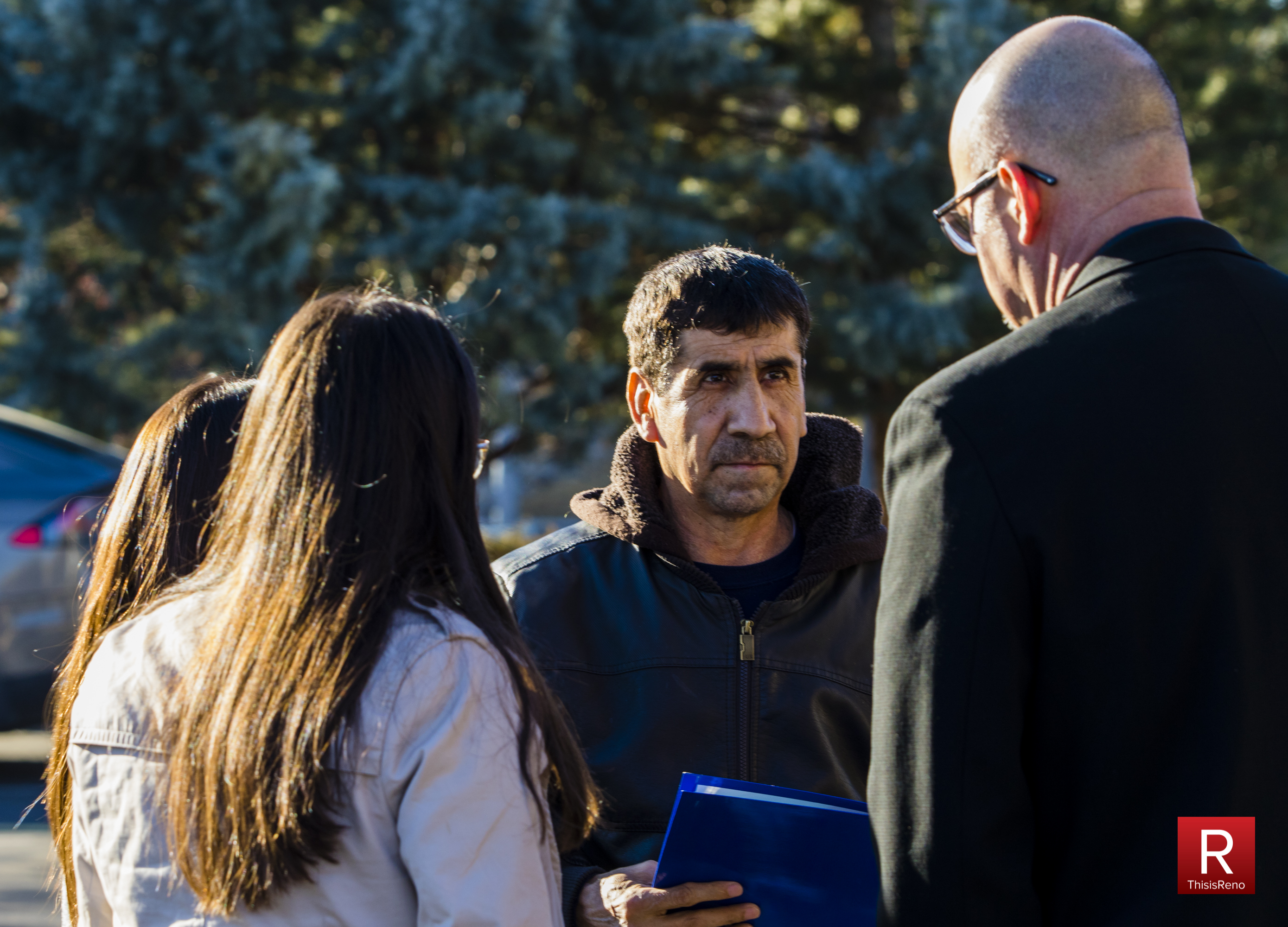 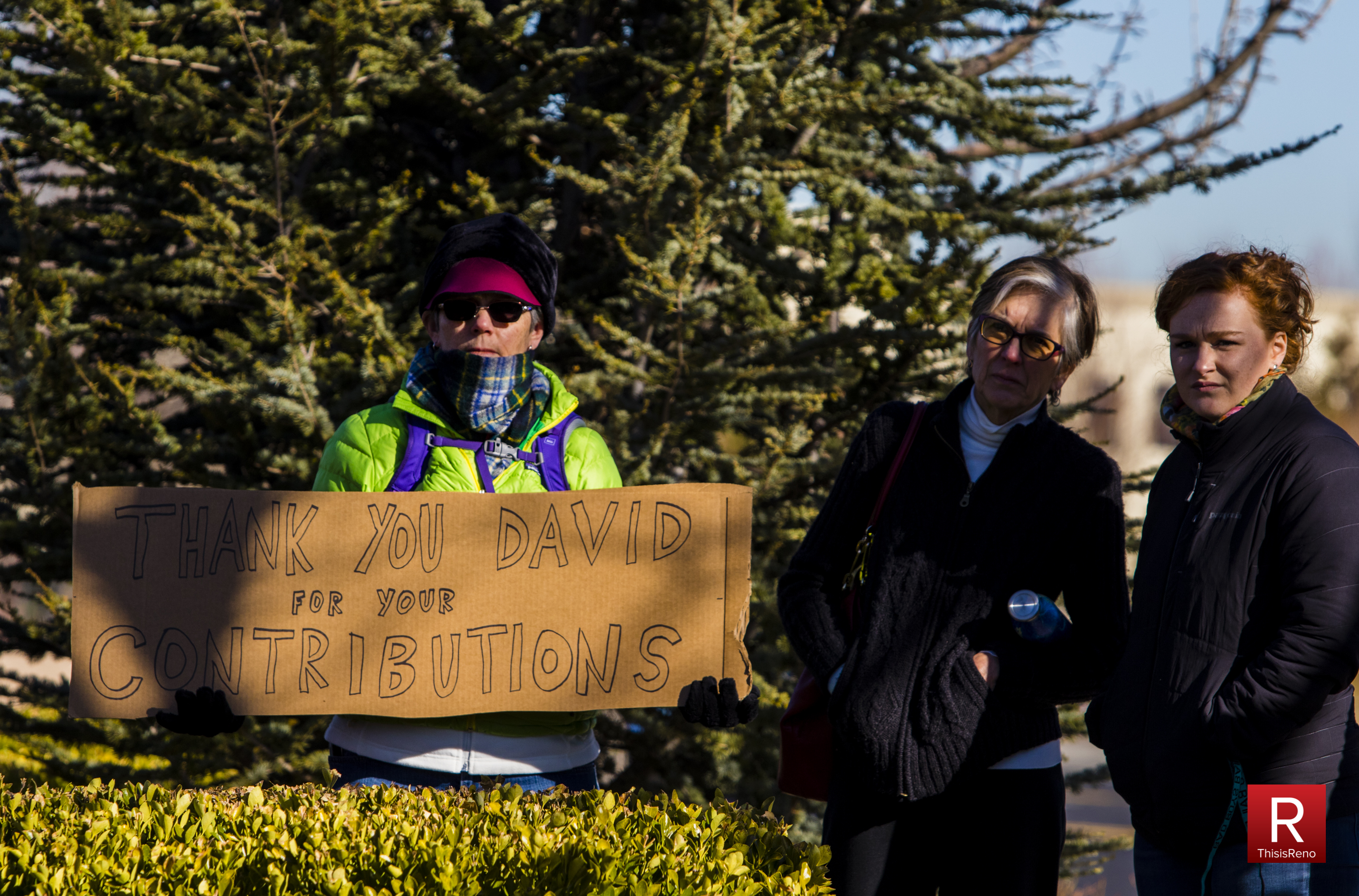 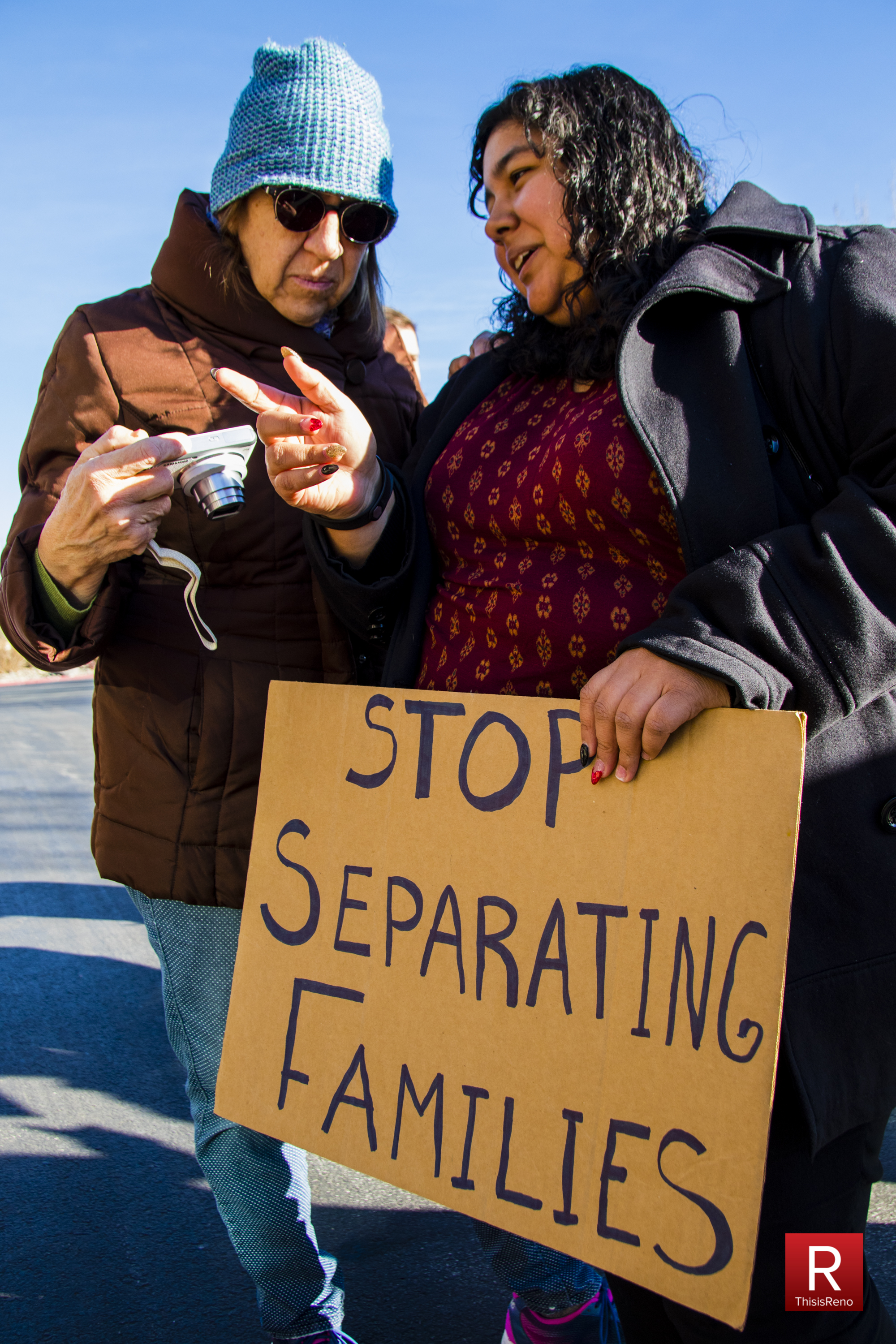 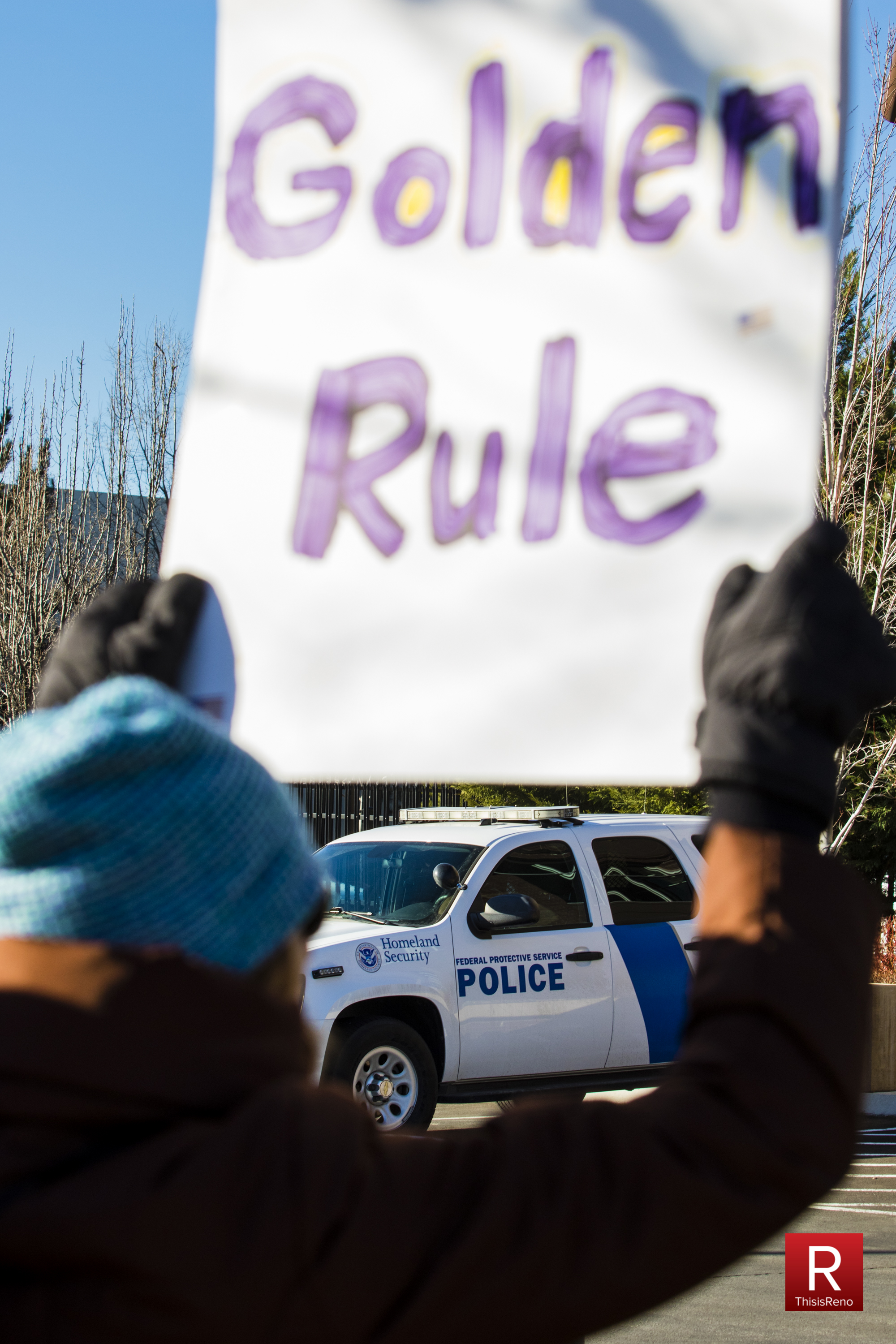 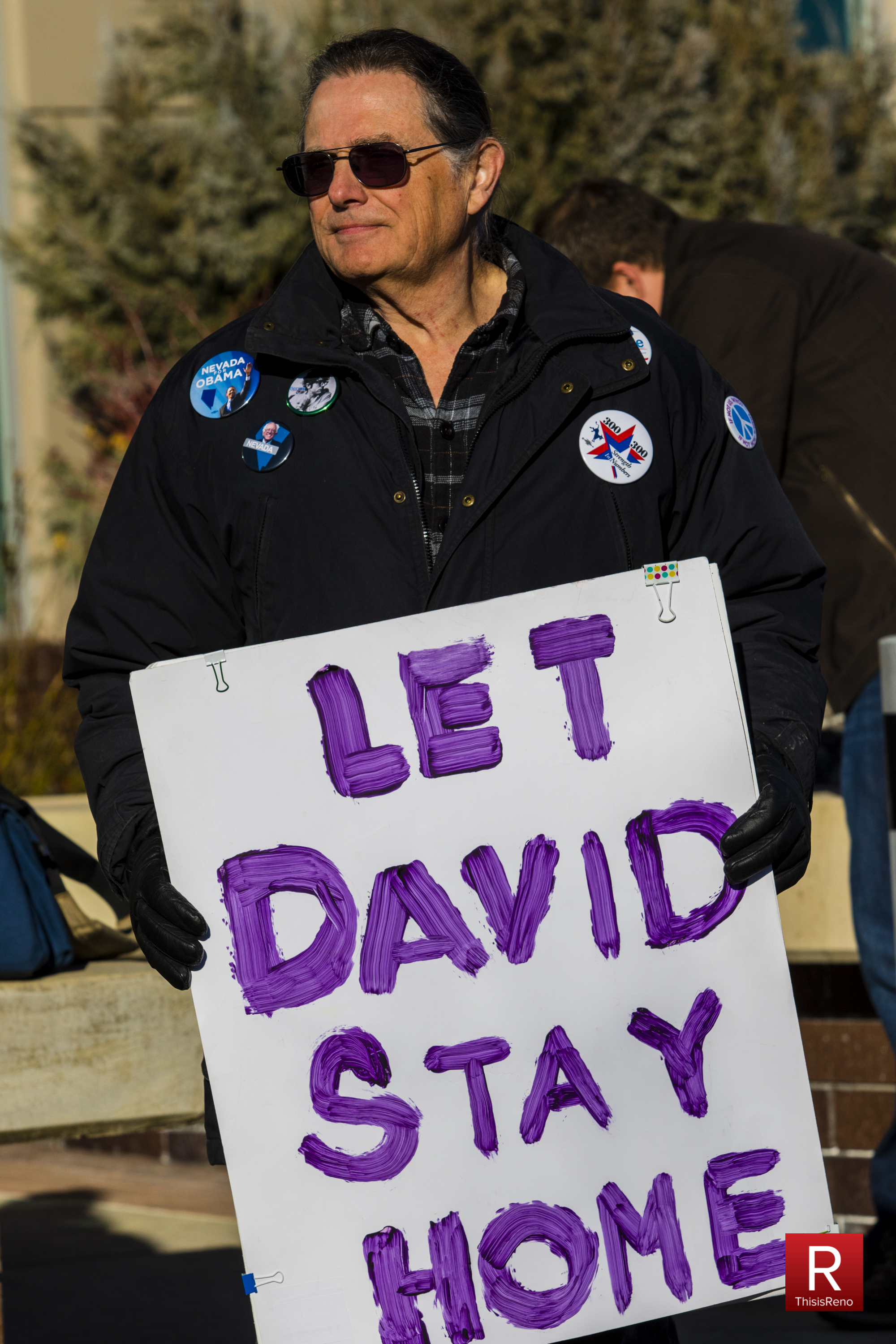 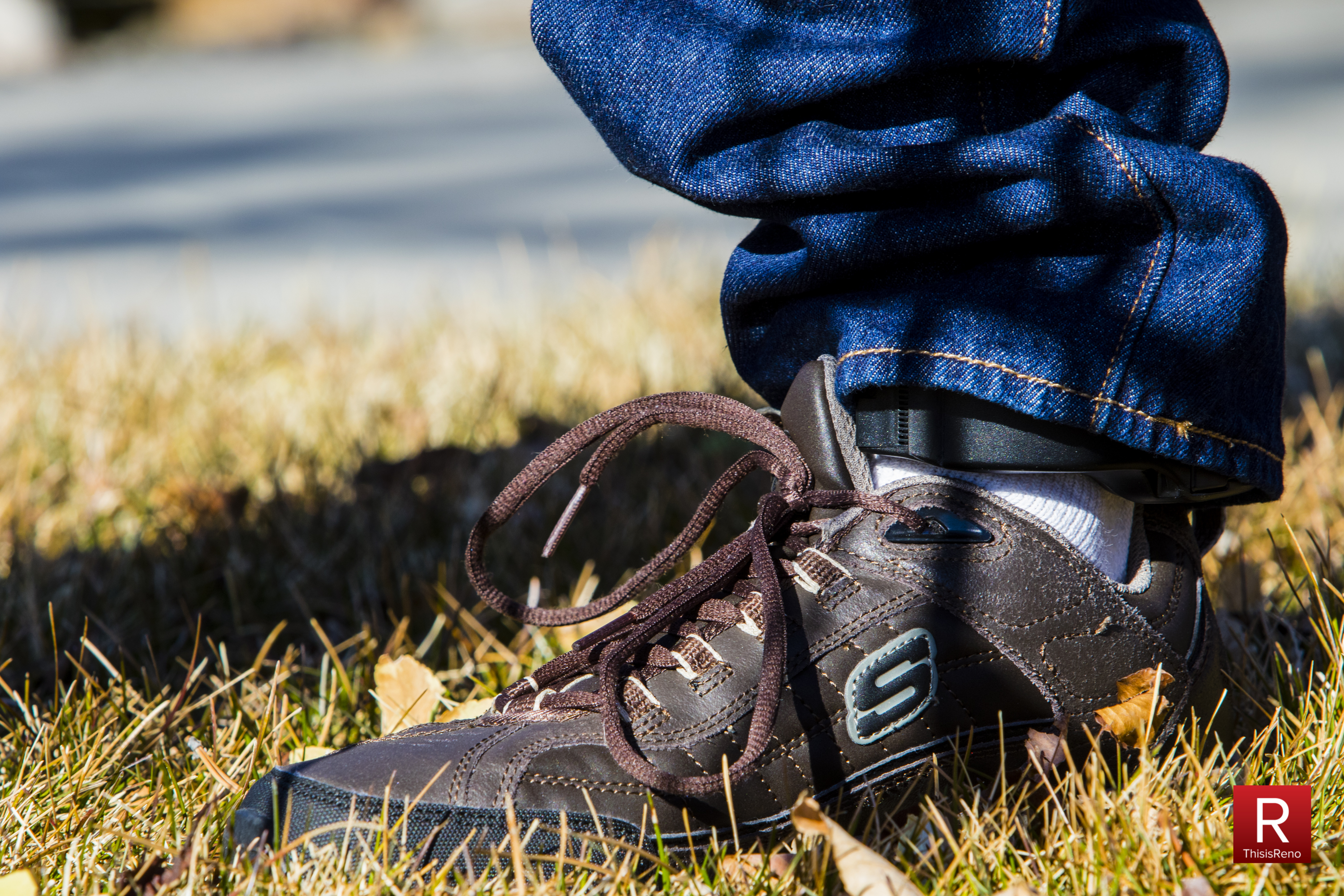 Faith leaders, activists, and community members gathered in front of the Immigration and Customs Enforcement (ICE) office in south Reno Friday to show their support for David Chavez-Macias, who six months ago was granted a stay of deportation. Chavez-Macias was meeting with ICE agents on his case.

The group was gathered in support of Chavez-Macias, not to rally or protest as they have in the past. Group leaders said they were effectively powerless in comparison to ICE agents on did not want to offend or anger ICE, but still wanted to voice their desire for Chavez-Macias to be permitted to stay in Reno.

This effort to remain peaceable showed in the speakers who asked ICE agents for sympathy and understanding, and even the protest signs took a distinctively mellow tone. 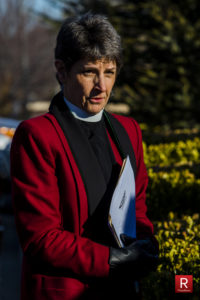 While ICE decides who can attend immigration meetings, local faith leaders were on hand, including Minister Karen Foster of the Unitarian Universalist Fellowship of Northern Nevada (UUFNN) and Reverend Jorge Herrera of St. Therese Church of the Little Flower church, and were prepared to attend the meeting. While they were denied access, they were able to hand in a stack of letters of support for Chavez-Macias from community members.

As David Chavez-Macias and his two daughters appeared, the crowd of around 30 people withdrew from the parking lot, which they were told was private property, and moved to the sidewalk. Tension was high as there was a real fear that Chavez-Macias would not be leaving the building with his family.

The crowd of supporters were led in prayer by the attending faith leaders and sang religious songs like “Amazing Grace.” The group linked arms to form a human chain in symbolism, not to block access to the sidewalk or anything else. This chain was only broken when Chavez-Macias and his daughters exited the building together.

Rev. Herrera was the first to speak with him away from the group, who strained forward trying to hear. After a short conversation the waiting audience was told that he had been given thirty days to appeal his case and is now required to wear an ankle monitor at all times.

The UUFNN has stated that they are willing to grant sanctuary to Chavez-Macias again if the need should arise.