From The Right: Meet Wes Duncan 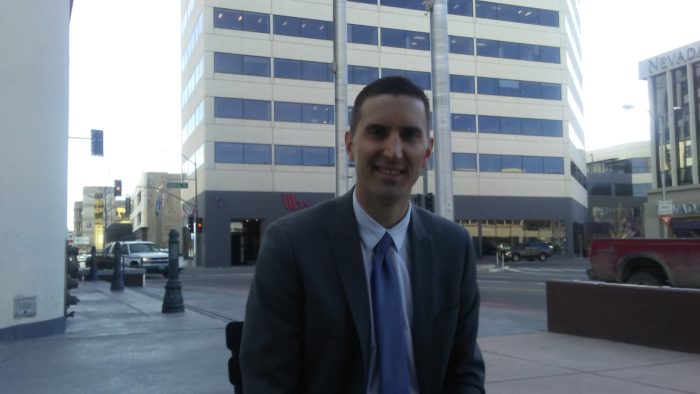 On a recent blustery afternoon in Downtown Reno I sat down with Wes Duncan, candidate for Attorney General for the State of Nevada, to talk to him about why he’s running and his thoughts and ideas about the upcoming primary and general elections.

The California-born Duncan’s tenure in Nevada began 11 years ago when he was an Air Force Judge Advocate based at Nellis Air Force Base. Just 20 months into his career he was deployed and stationed at the Central Criminal Court of Iraq in Baghdad where he helped Iraqi lawyers and judges prosecute terror suspects within their court system. Upon his return to Nellis he met his future wife, an Air Force nurse, and decided to transition into reserve duty, with no break in service, to make Nevada home.

Wes Duncan served in Iraq during his time in the US Air Force. Image: Wes Duncan

Heeding another call to service outside of the military, he decided to run for State Assembly in 2012 and won the long-shot race by 673 votes. As he says, he “wore out a few pairs of shoes and knocked on approximately 20,000 doors over a 10-month period.” After re-election in 2014 he joined Attorney General Adam Laxalt’s office as First Assistant Attorney General, where he worked for 2 and a half years. He is now in private practice at the law firm Hutchison & Steffen with Lieutenant Governor Mark Hutchison.

As to why is he running for Attorney General, Duncan said his focus turned to his family, which includes two sons ages 4 and 3. He said he wants to “make sure that I can look them in the eyes 10-15 years down the road and say that I did everything that I could try to make our community and our state a safer place to be.” He sees the office of Attorney General as a place to have a major impact on public policy. He also noted that his military, government, and professional experiences continue to shape and drive his passion for public service on behalf of the people of Nevada and can help him to shape good public policy that benefits all and encourages public safety.

Duncan broadly outlined three topics that he would like to focus on if given the chance to serve: mental health, domestic violence, and the prevention of violent crime in our communities. His concerns regarding domestic violence focus on the point that Nevada is “the third worst state in the Union for men killing women,” and in his Attorney General’s office he would do more to help prevent such a high occurrence of those deaths.

He also talked about getting the AG’s office to continue partnering with law enforcement, community partners, and actors to tackle and combat an atmosphere of “hopelessness” that plagues many rural and metropolitan areas across the state to help prevent violent crime. More than anything else he wants to promote the AG’s office to take a more proactive approach to these issues.

On the big question I asked, “Why should I vote for you?” Duncan responded by emphasizing his experience, a vision for the office, and a passion for serving the public. A main point he made is that the AG’s office is not a place that one should have to do on-the-job training, something he wouldn’t need based on his tenure as First Assistant Attorney General. In that role, second in command, he saw how to craft budgets, deal with the community, and deal with big policy issues facing the state. He also noted his time in the legislature as an assemblyman and his knowledge of how to craft legislation, both areas where his experiences can be an asset. 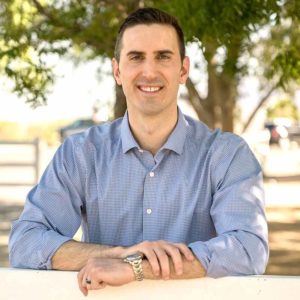 “Being a former prosecutor, having to look victims in the eye and talk about their case with them, working with law enforcement as a prosecutor, and also as the Attorney General’s first assistant I’m ready and able to do the job on day one,” he added.

Duncan also feels that he has been effective at sending a clear message to the law enforcement community in Nevada that he will be an Attorney General who will work with them all, adding “I’ll have their back!”

“I have a vision, really for what the office can do,” Duncan said. “And really it’s about lifting people up. So I’ve told people that I will wake up every single day and I will think about the citizens in the state, I’ll think about the state as a whole and what we can do as a law enforcement community and at the AG’s office to try to make us safer.”

A major point of interest he talked about was that Nevada is seeing a new generation of leaders stepping into the public square and the varying challenges they will face in the coming years. A common theme he is seeing from those who served in Iraq and Afghanistan is a desire to “step up and serve” because they still have more of themselves they wish to give in the name of service.

Duncan is keenly aware that Nevada’s growth and drive to diversify the economy will require a top law enforcement officer who will continue to collaborate with different agencies and entities and adapt to ever-growing and diverse challenges the office and Nevada faces. With those elements of growth and change will likely come growing pains and challenges like more crime. Which puts more of an emphasis on the who is in the job.

“Being the State’s top law enforcement officer is a serious position that requires a steady hand, and it requires experience, and a record of leadership and it’s not a position that you wake up one day and you decide to do on a whim,” he said. “You have to have a broad base of experience to do the job in terms of leading a state office, supporting law enforcement, and the ability to know how to craft legislation [and] to work with legislators to craft good public policy and understand how the system works.”

As we closed the interview Duncan drew on his time Iraq, remembering a place where chaos, disorder, and lawlessness reigned. It’s a contrast to how he says we are “unbelievably blessed” in Nevada and the United States to have a strong tradition of the rule of law, safety, and security.

“As I am running for this position, I’m really thinking about families all across this state. My vision for the state is that we make this the safest place to raise a family. That people feel comfortable and safe when they go to the park and when they want to start a business in their community,” he said. “That we are doing everything we can for safety and security to cultivate a better and greater Nevada and so those are things that I will always be focused on. I don’t look at safety and security as a partisan issue. I look at safety and security as core societal issues that we need to focus on to continue to build a better community, and you know I would be grateful and honored to have people’s support in this election.”

If you have more questions, want to get involved, or want to meet Wes Duncan, visit Wesduncan.com.