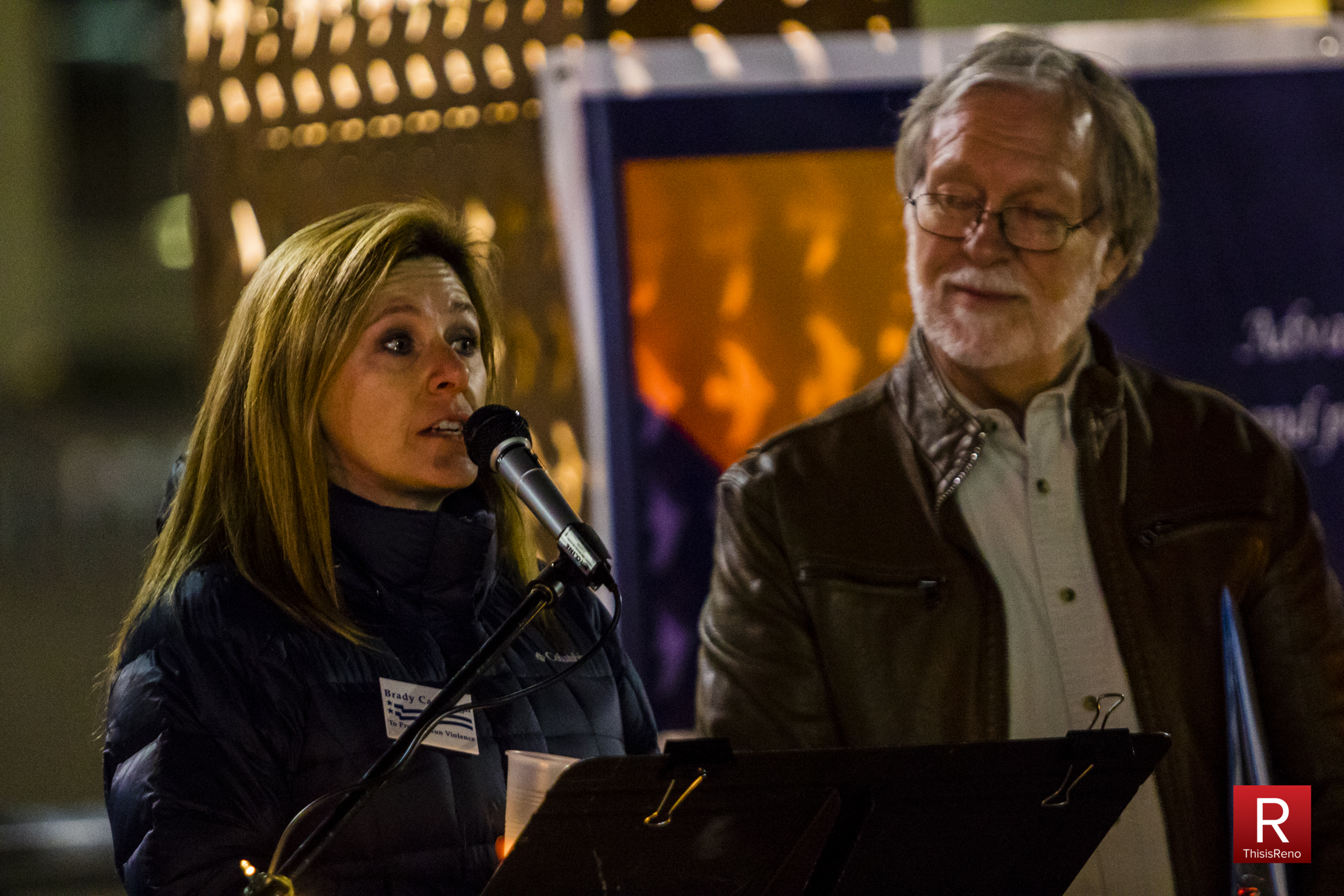 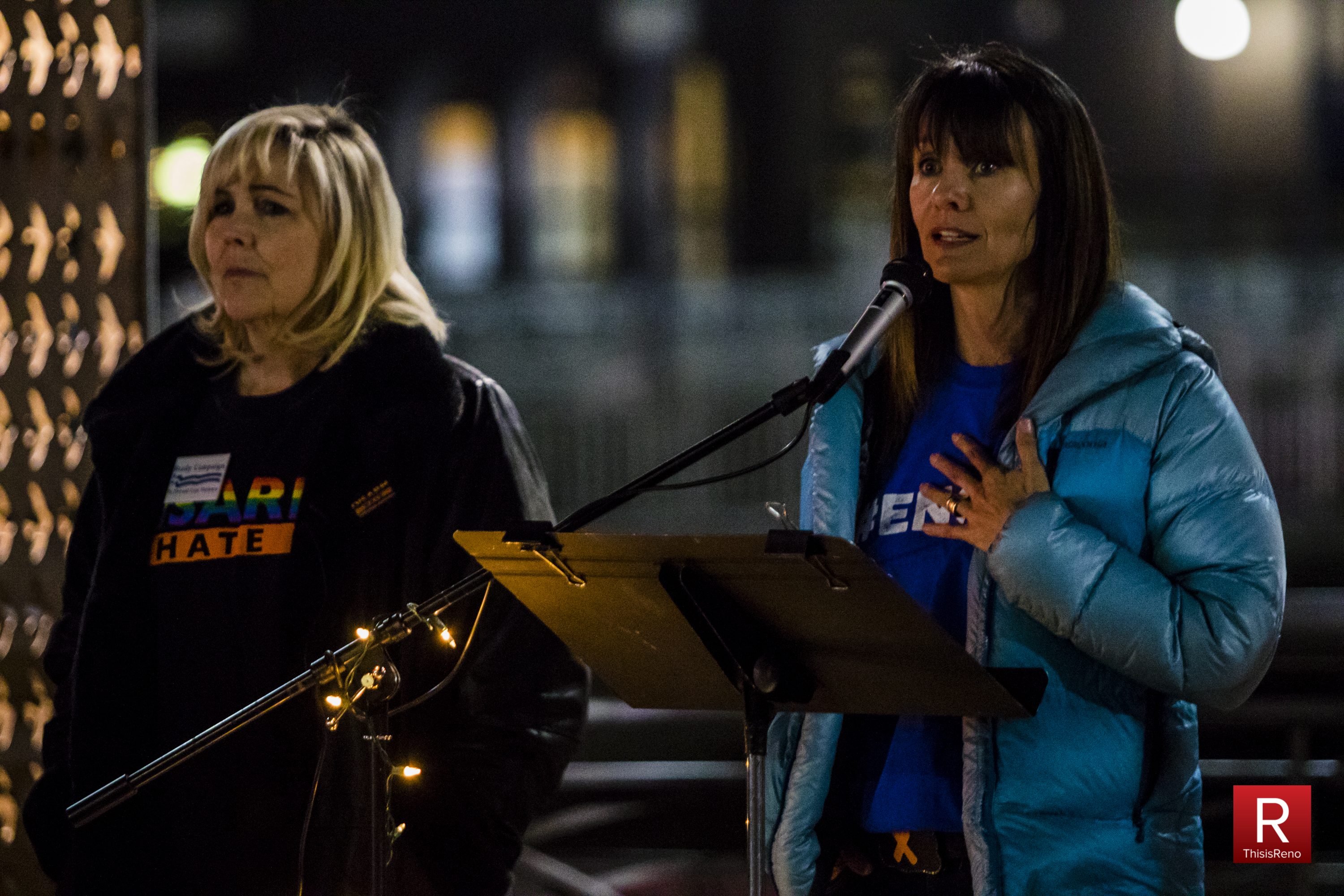 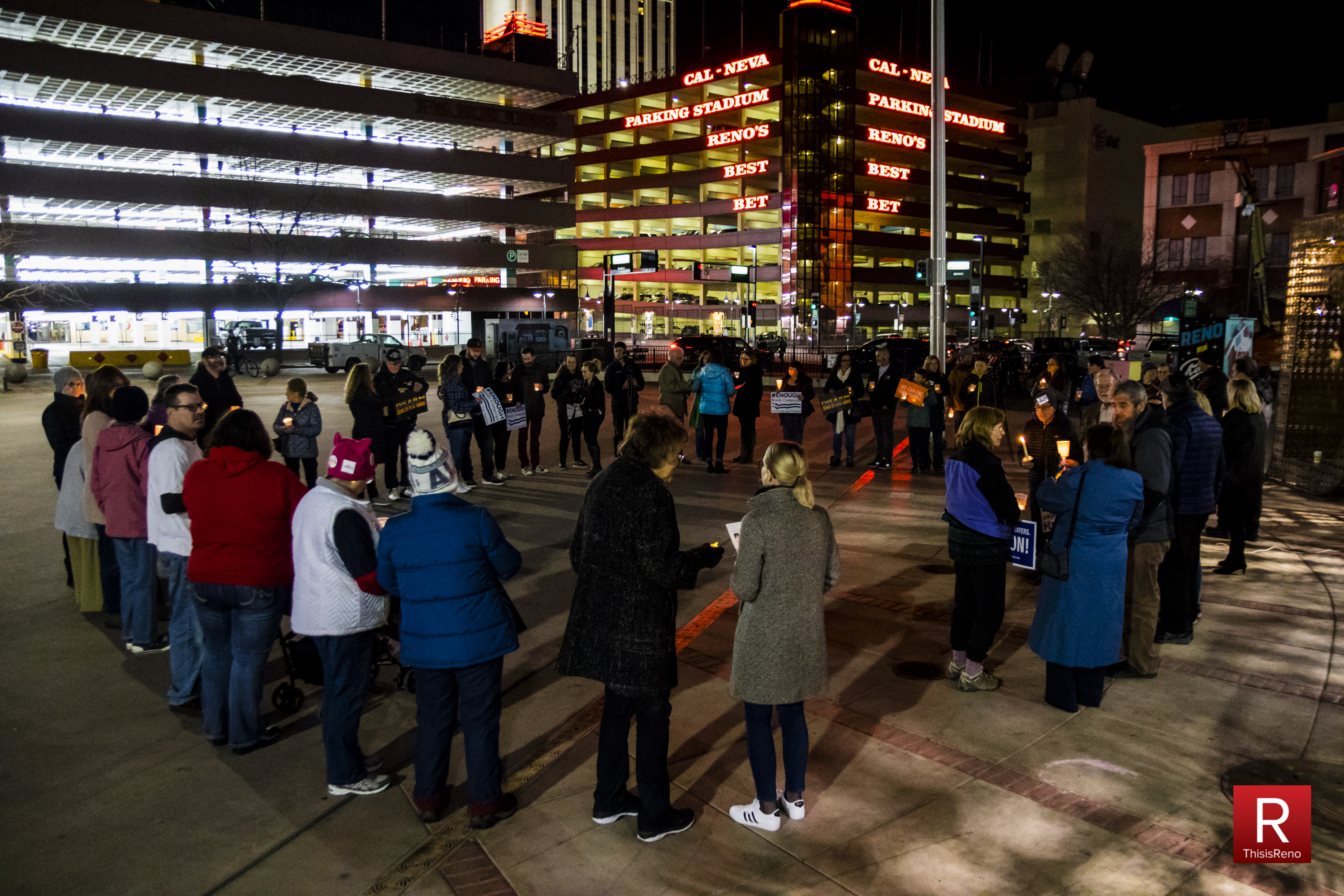 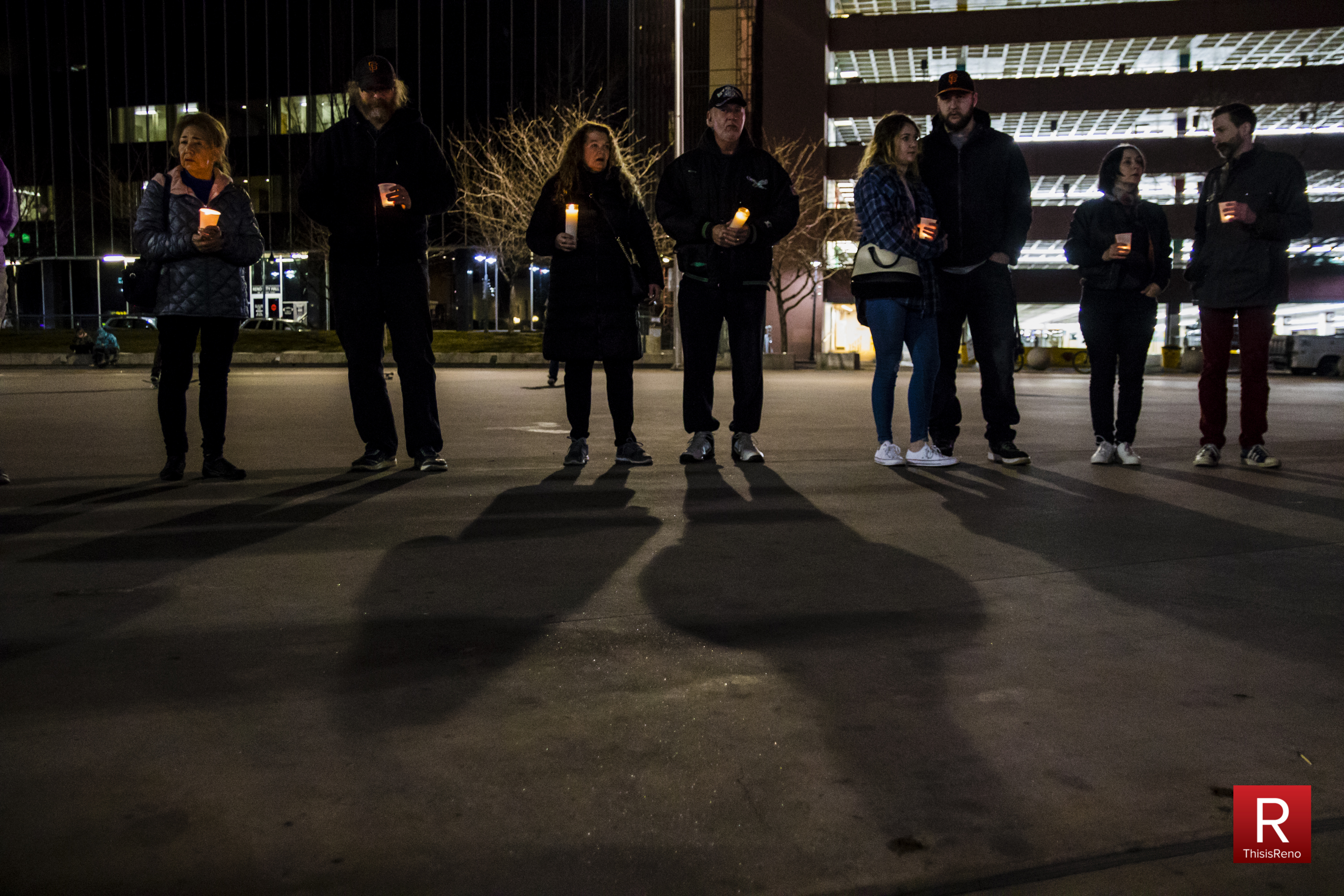 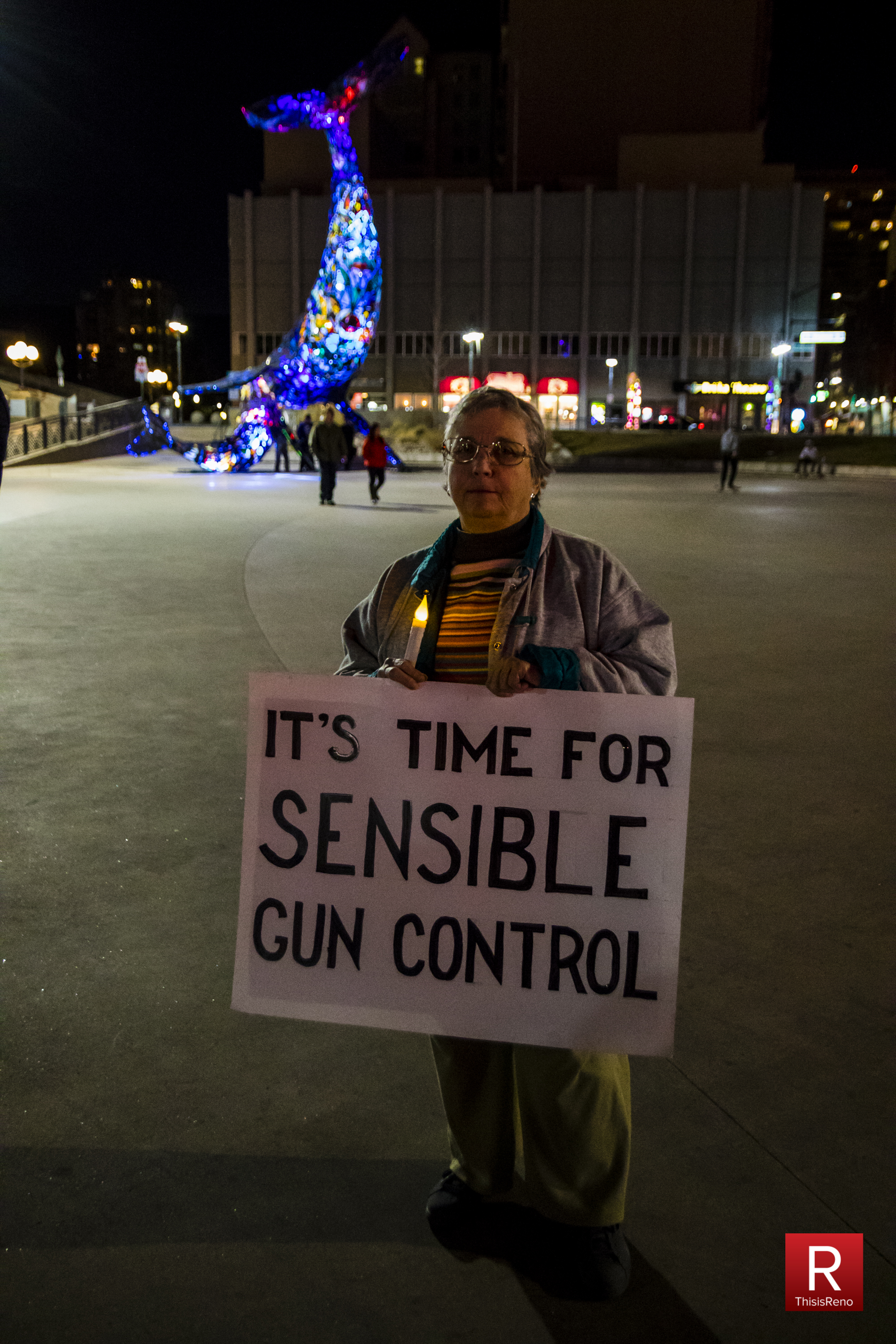 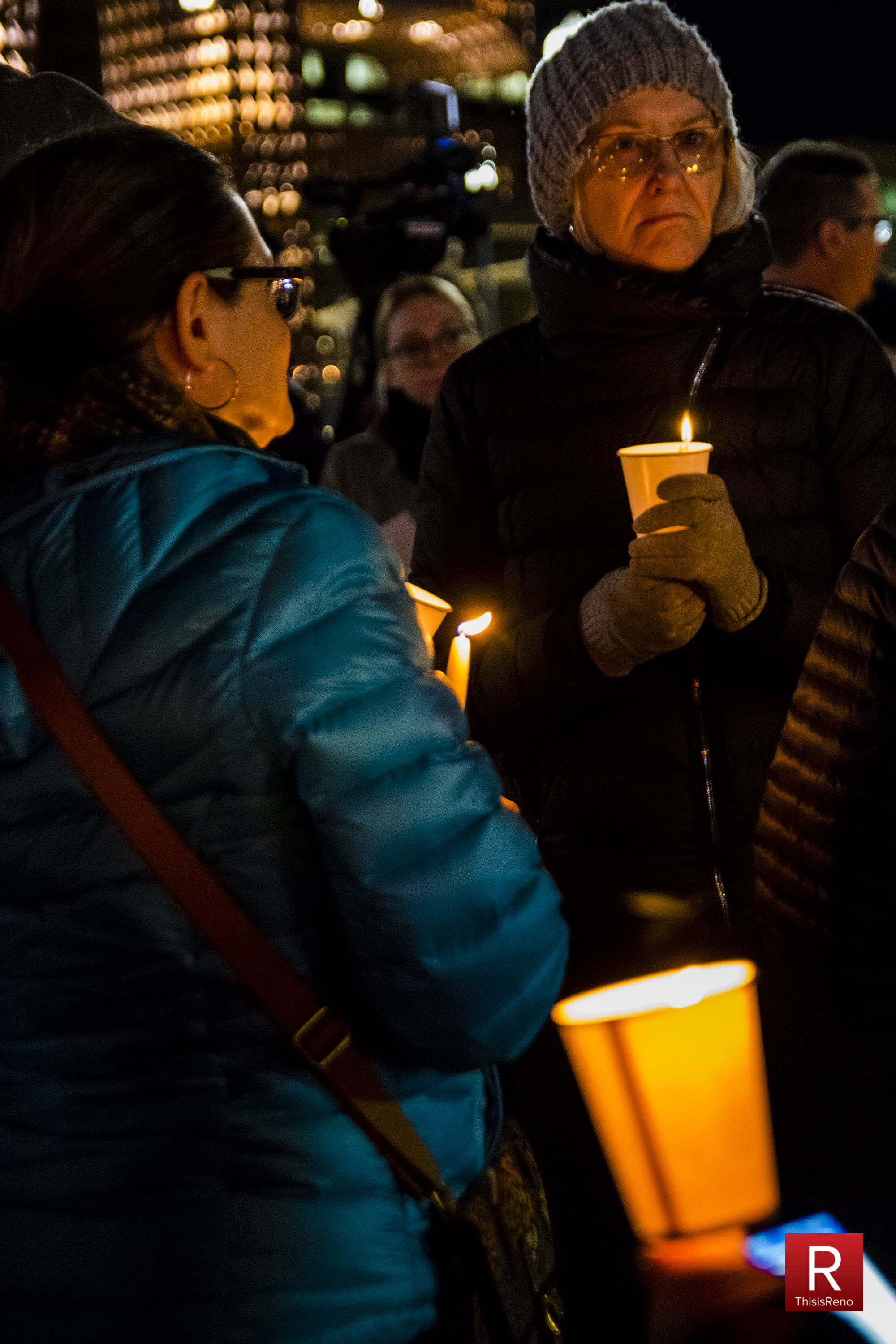 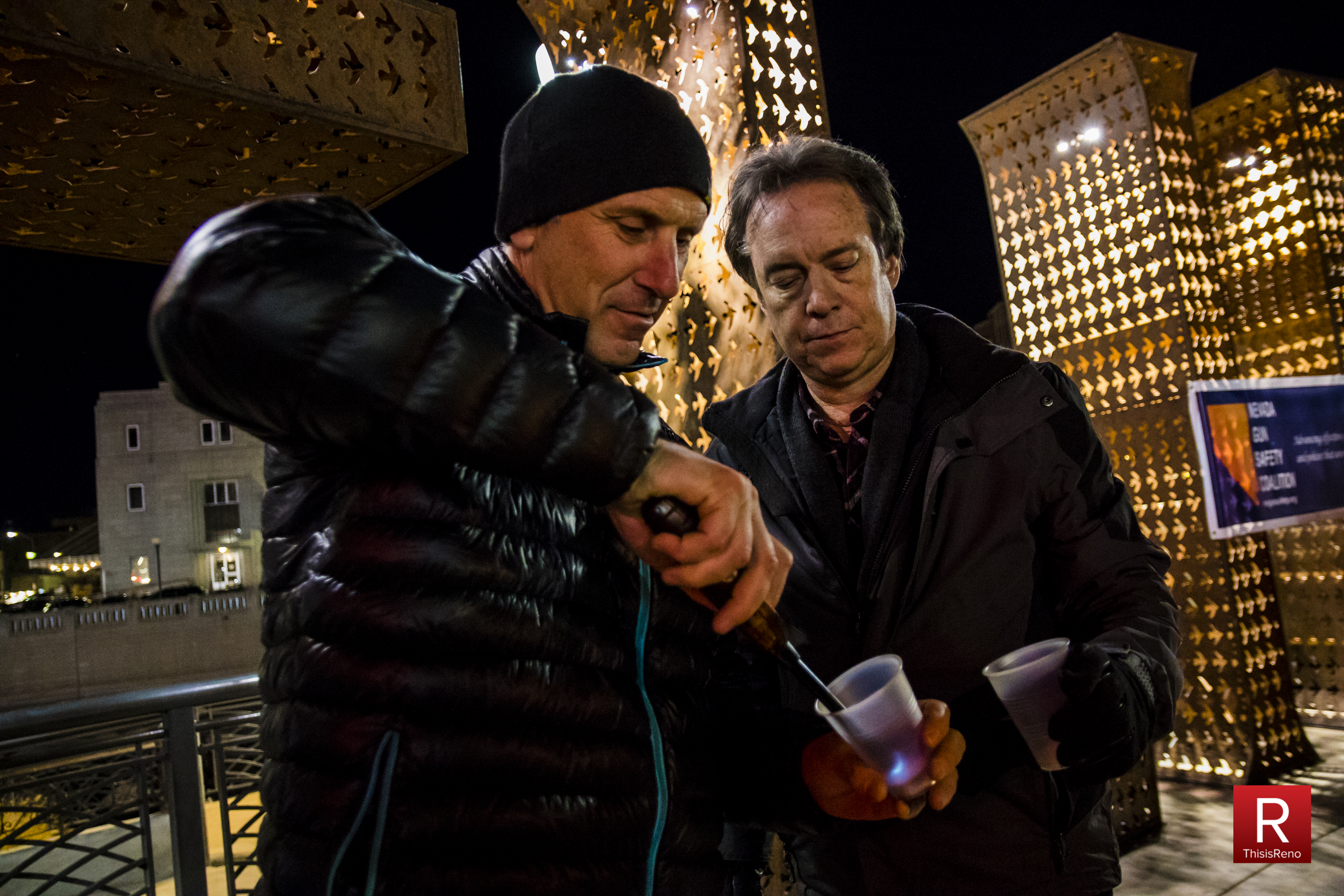 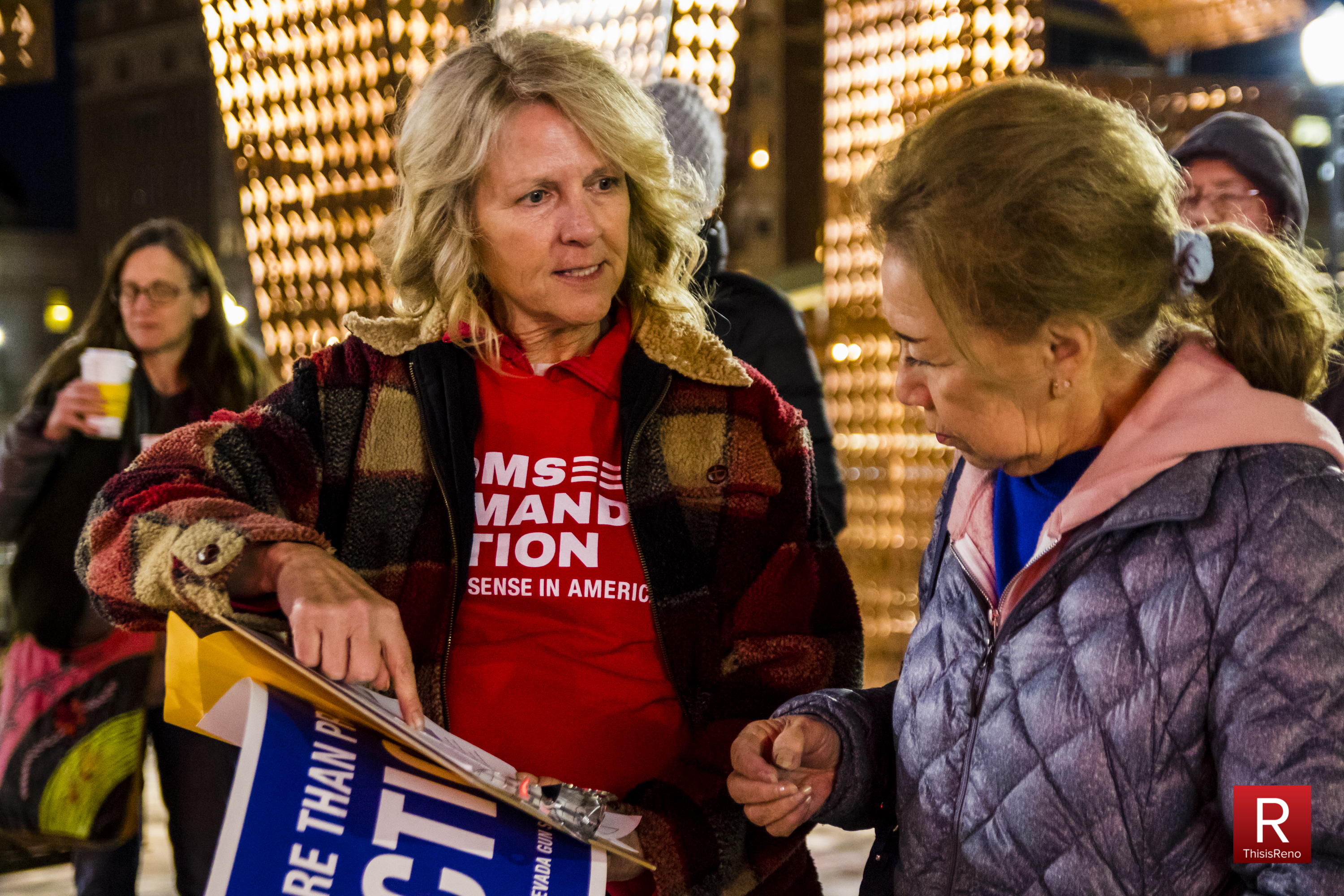 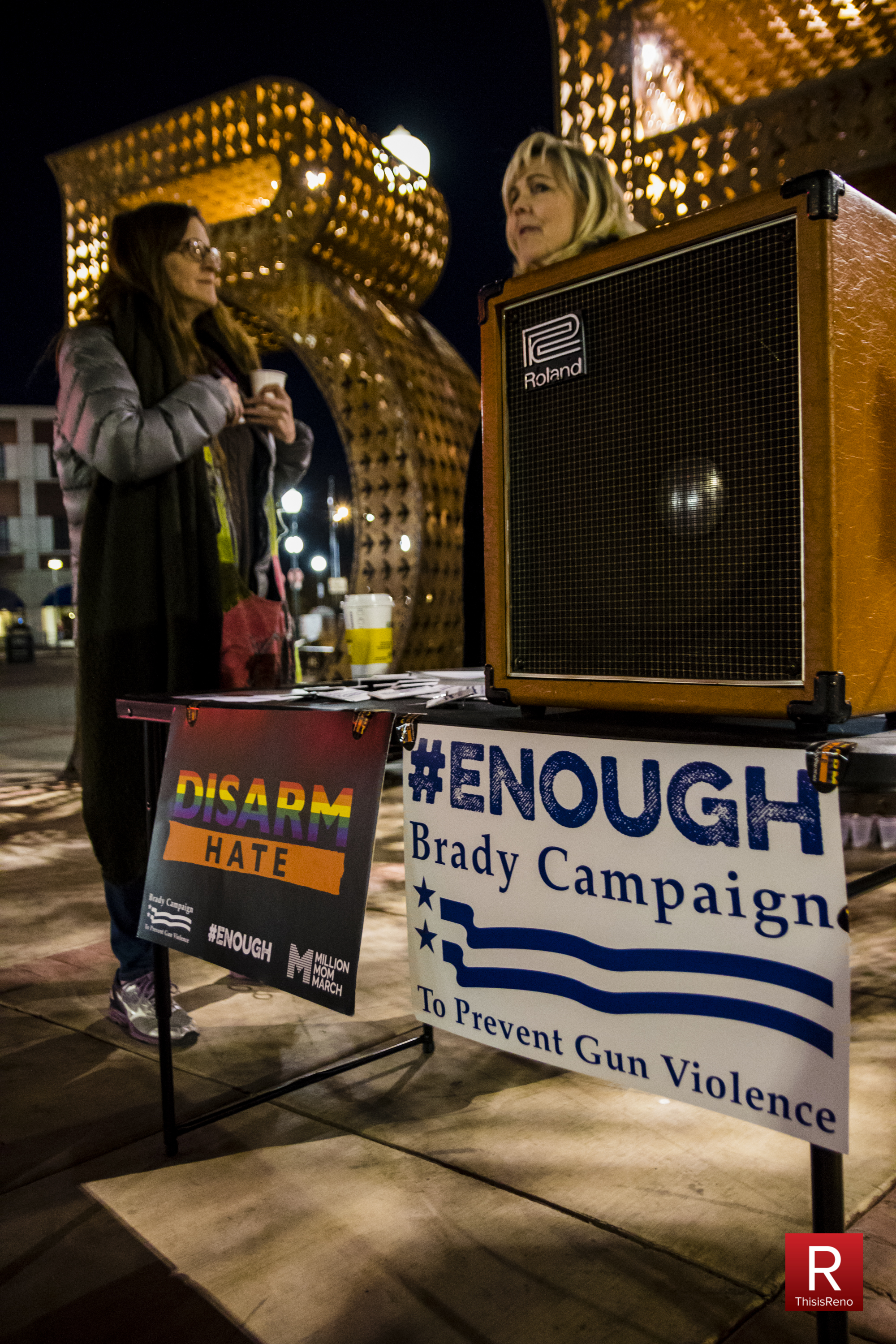 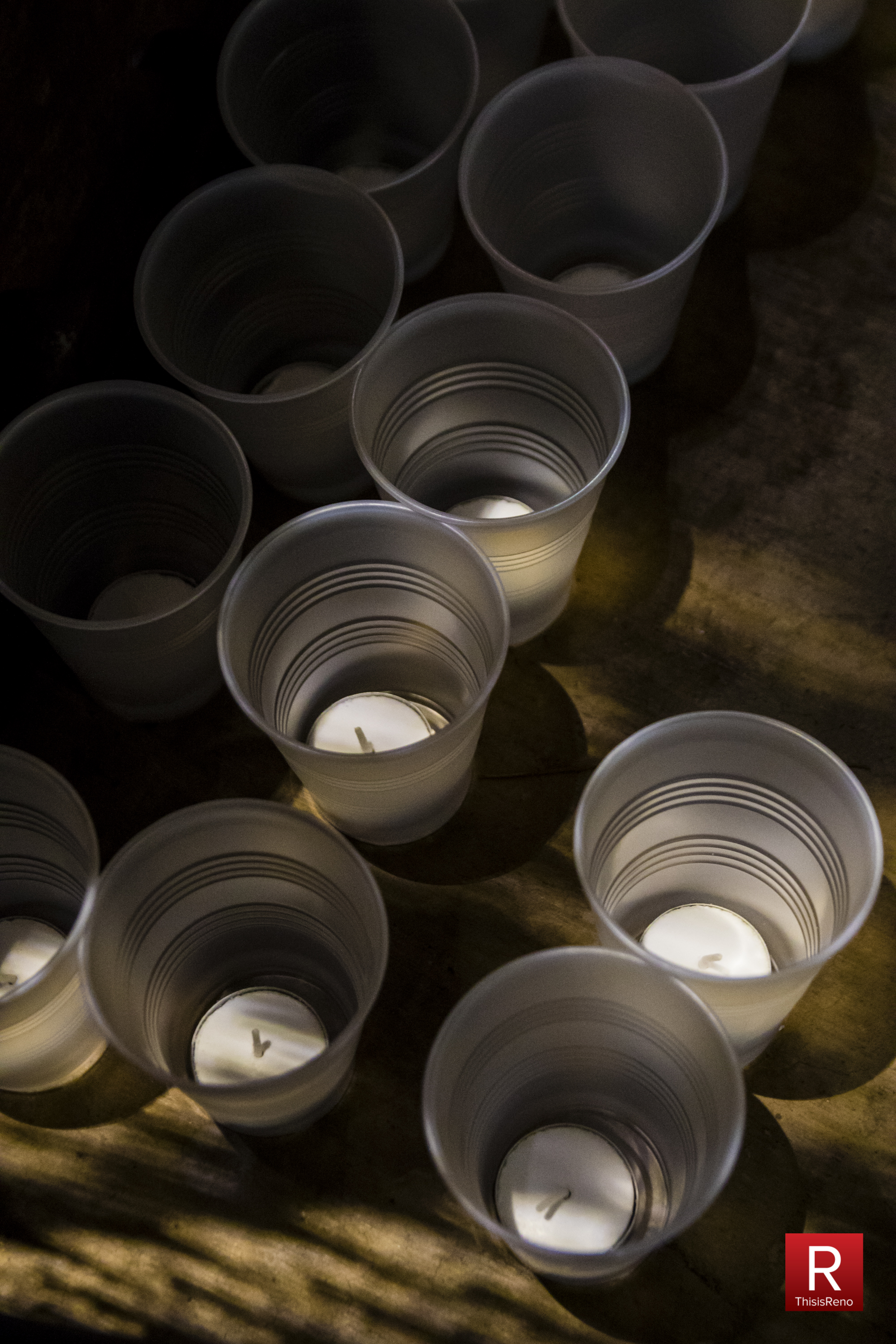 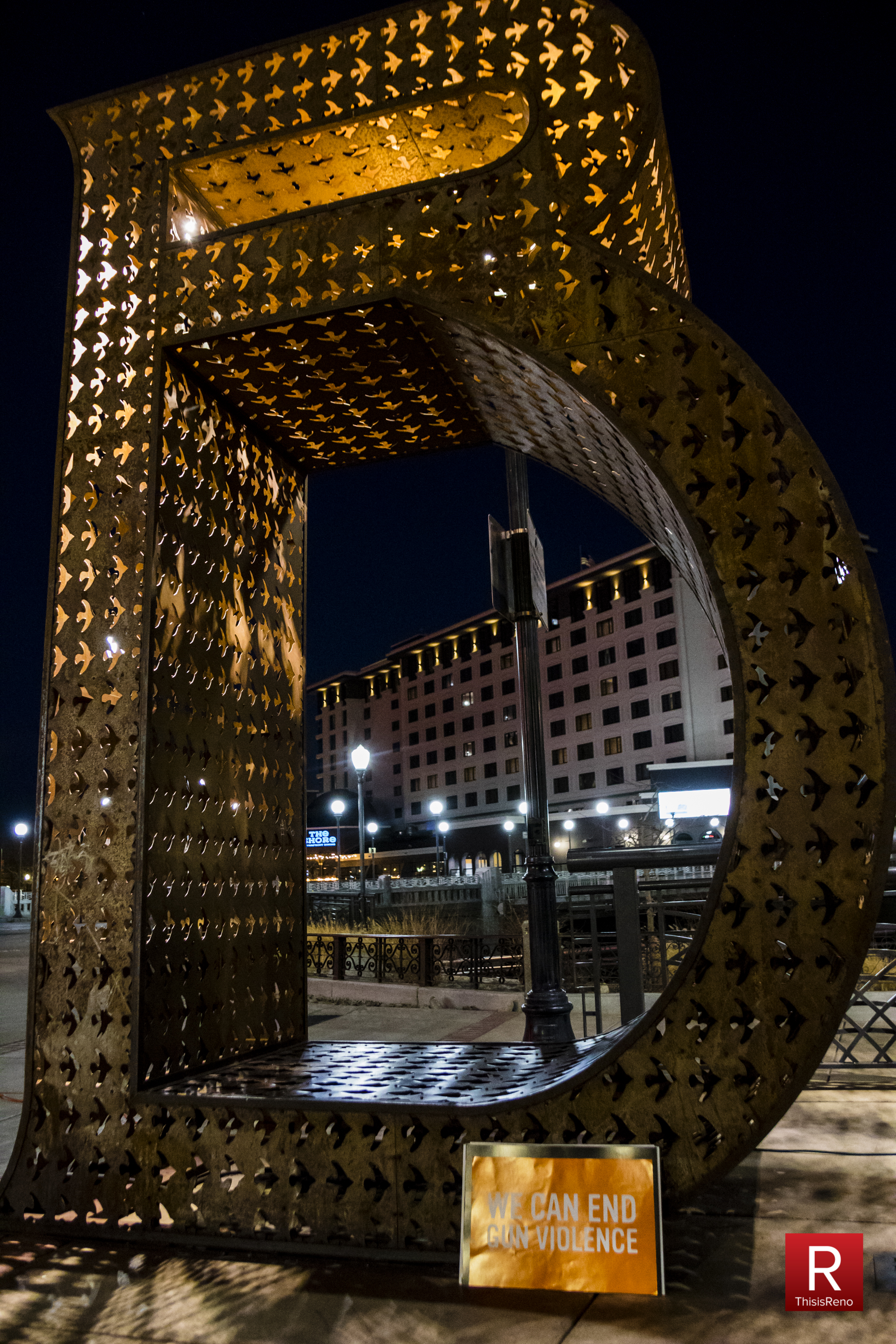 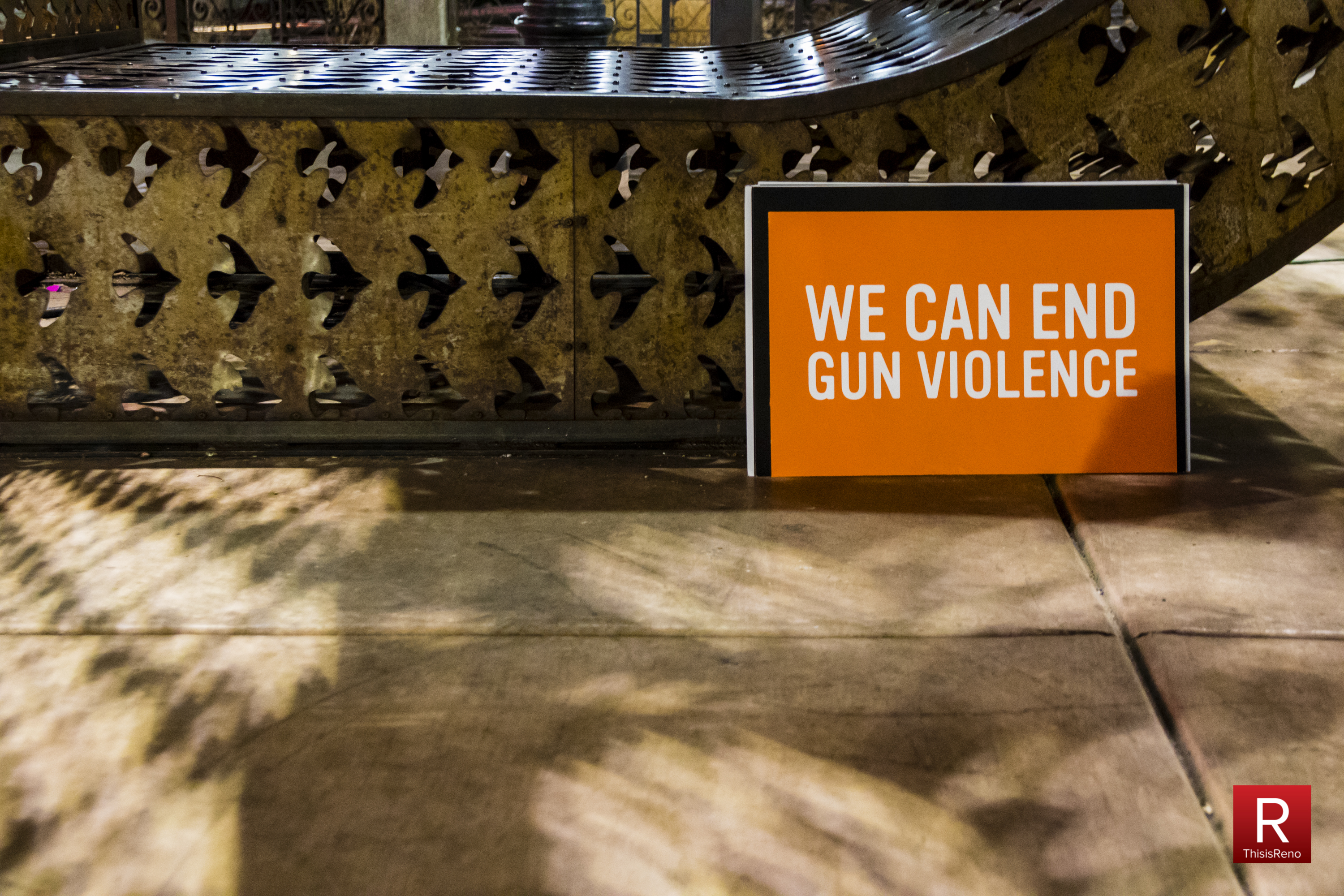 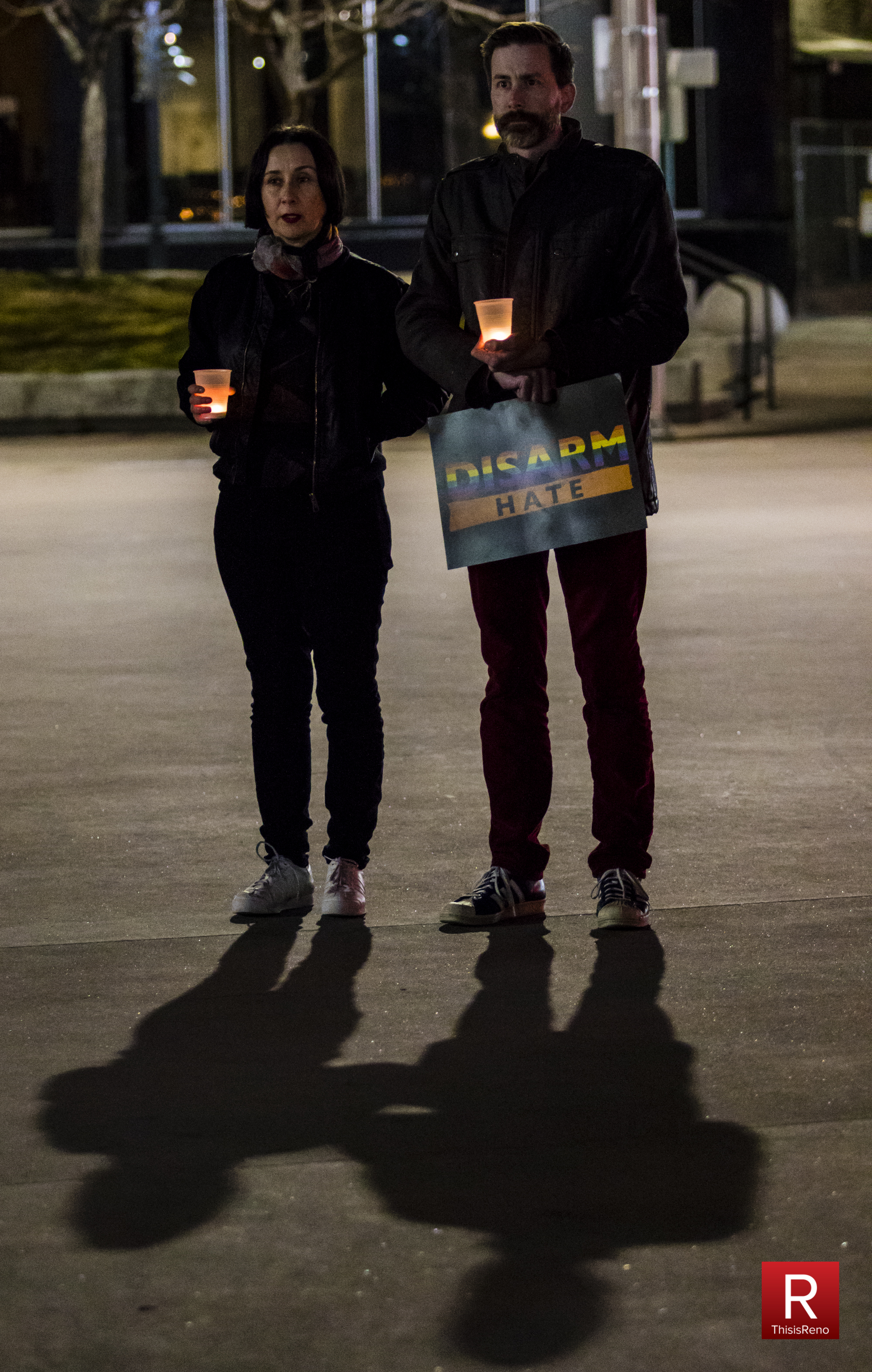 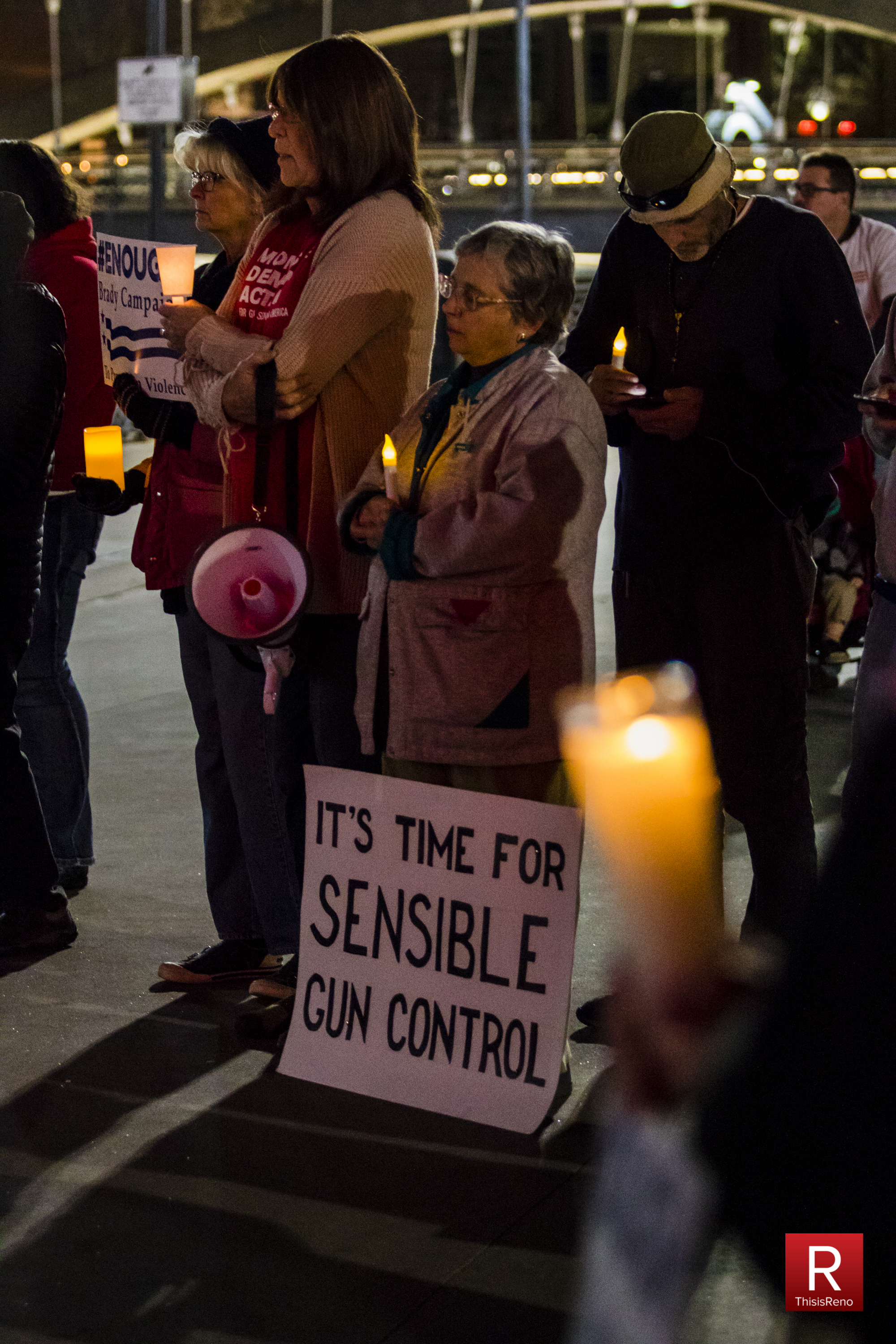 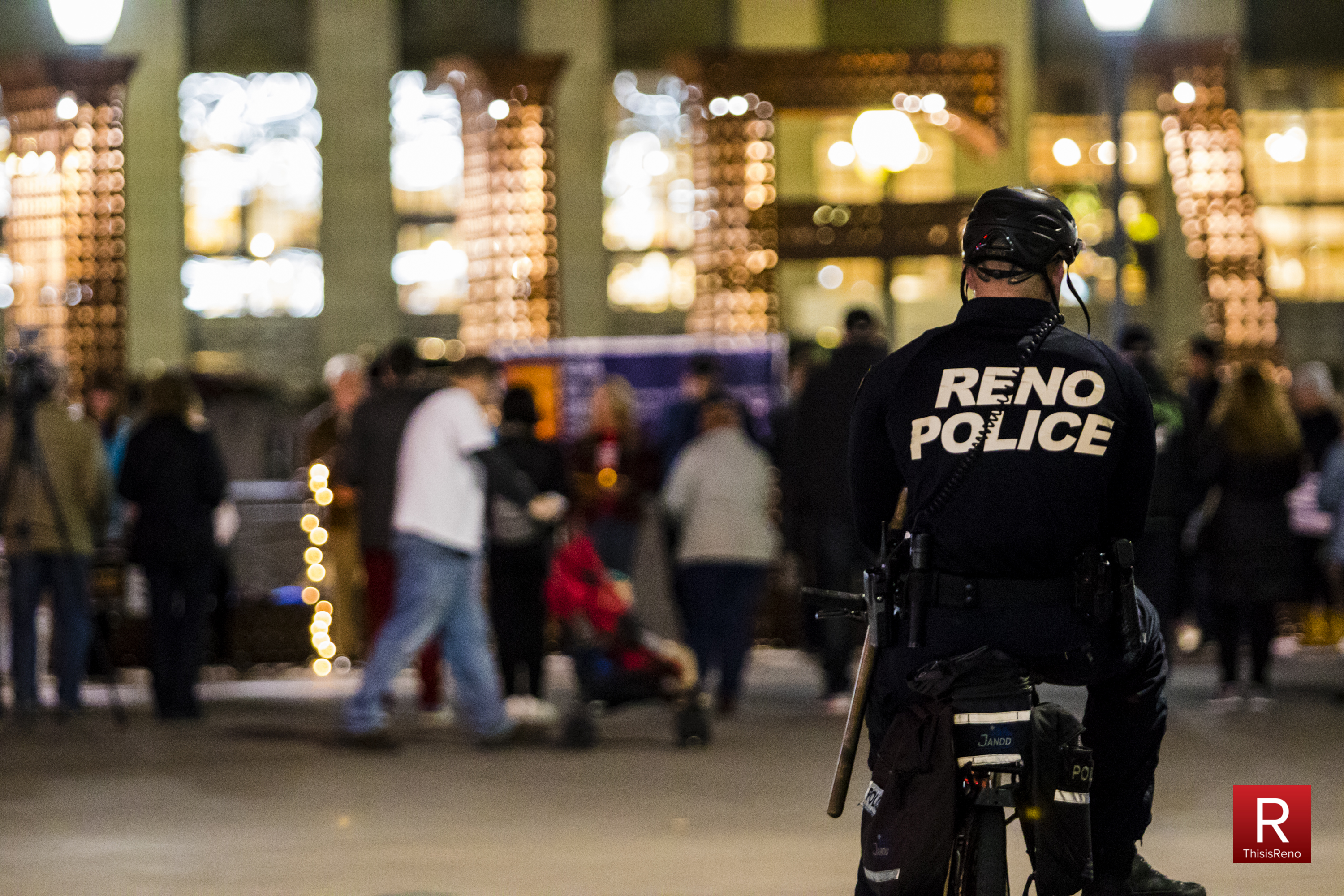 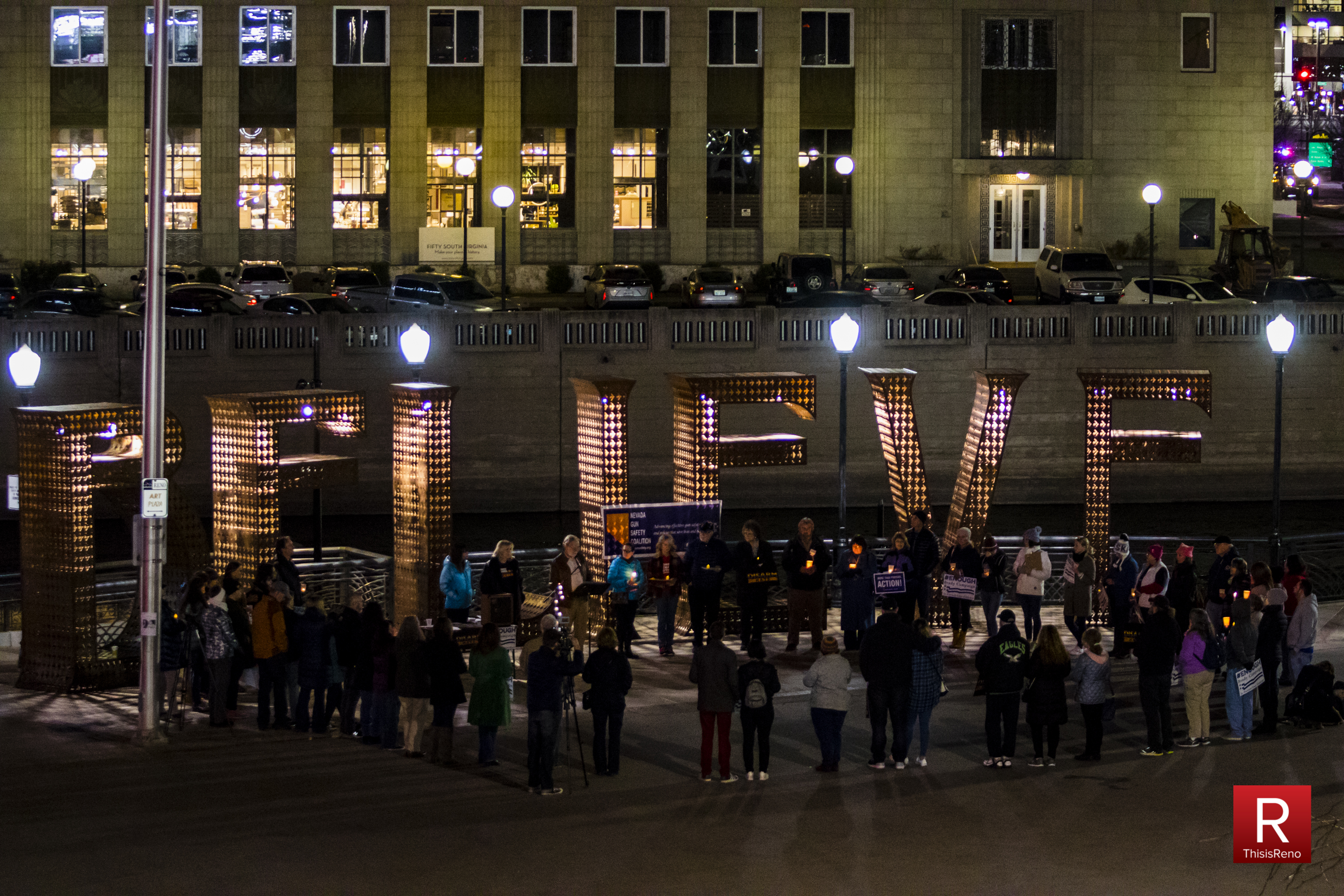 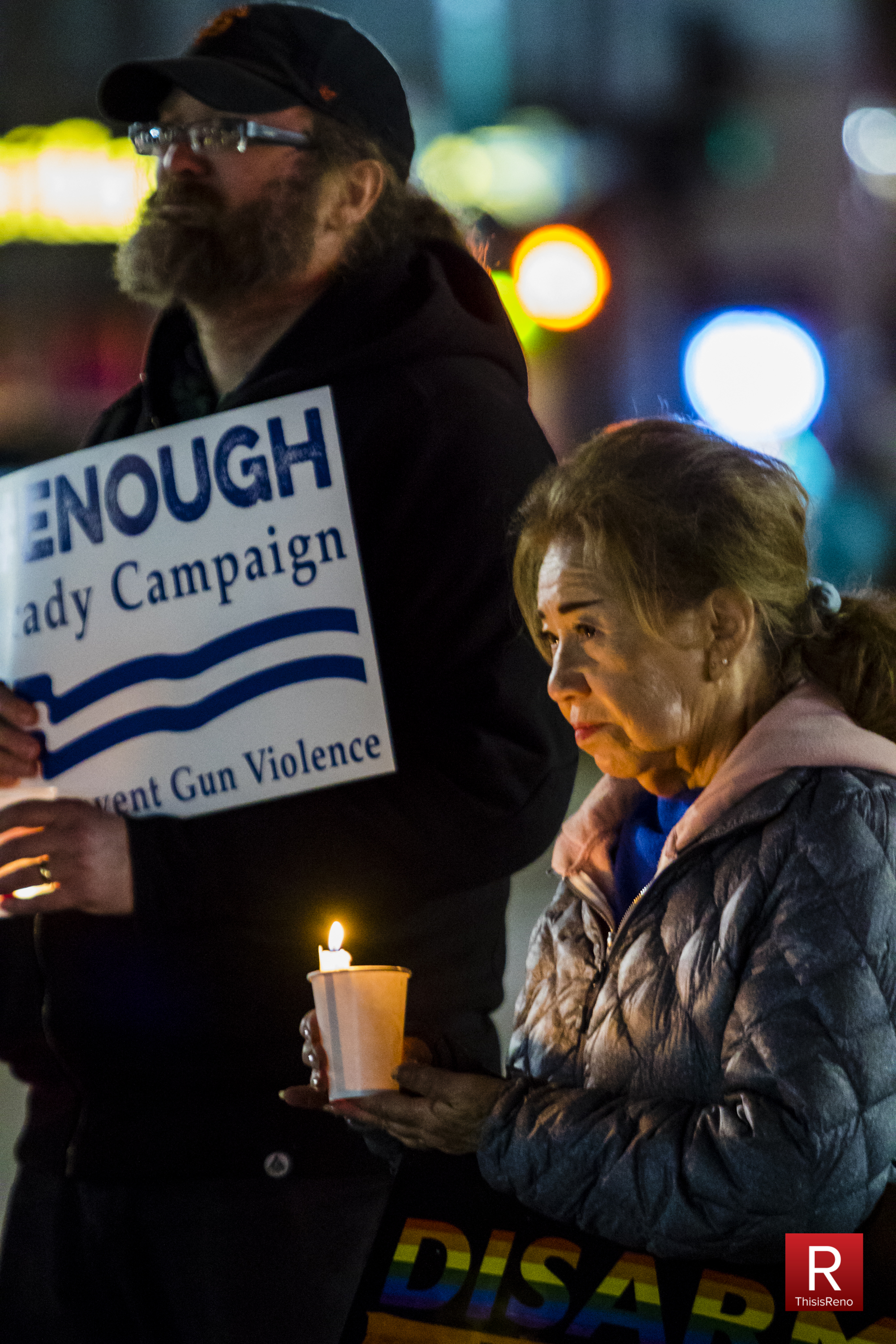 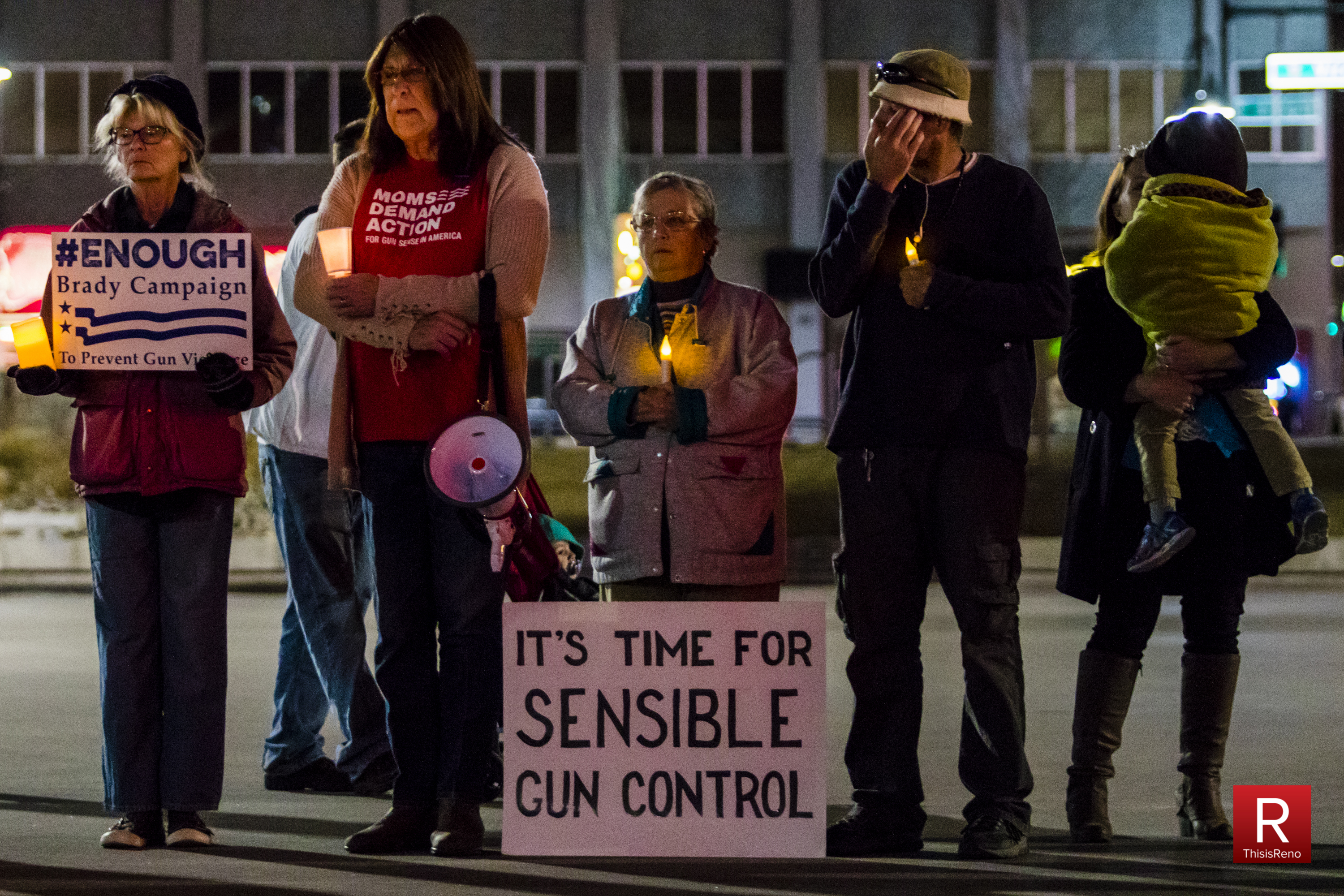 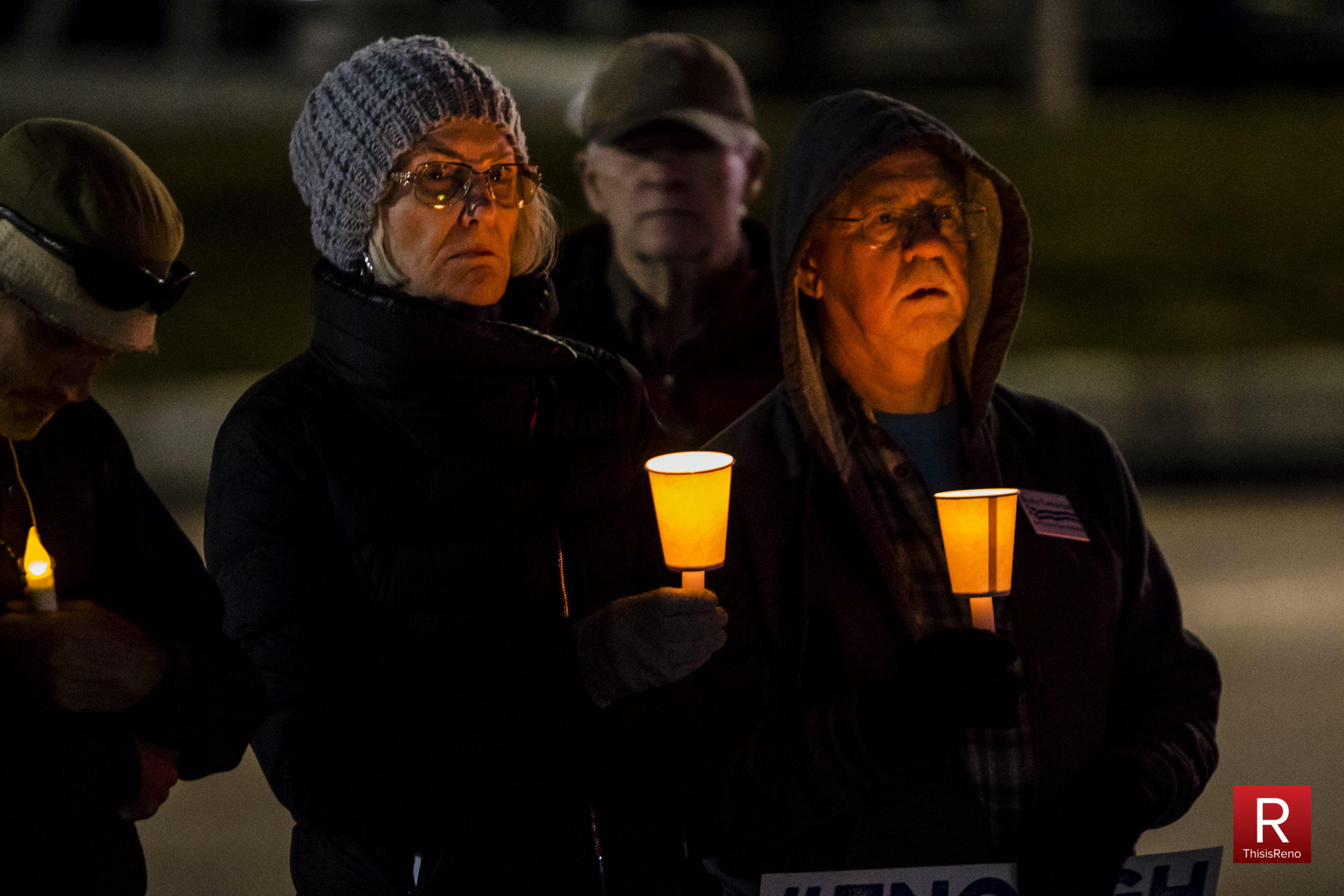 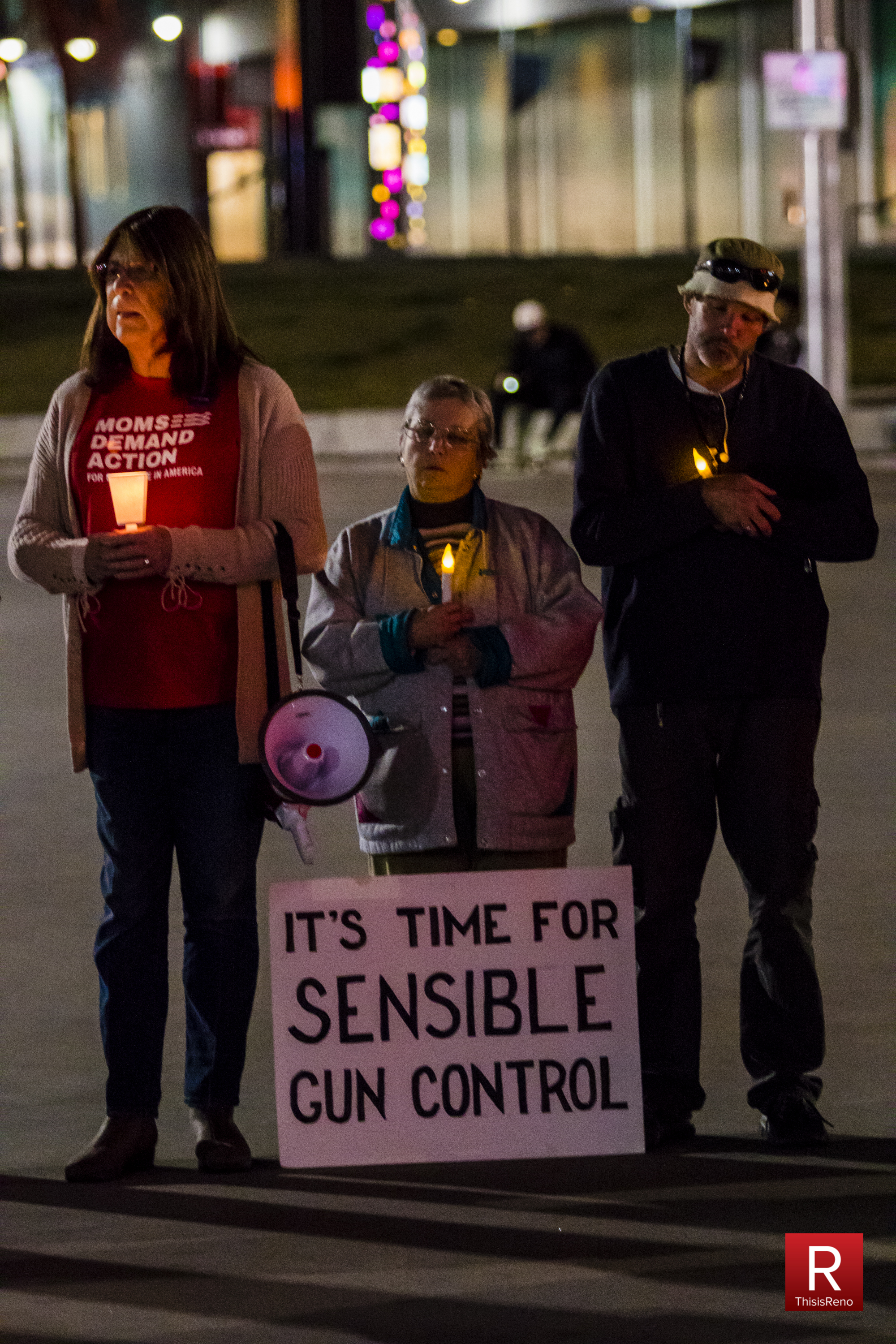 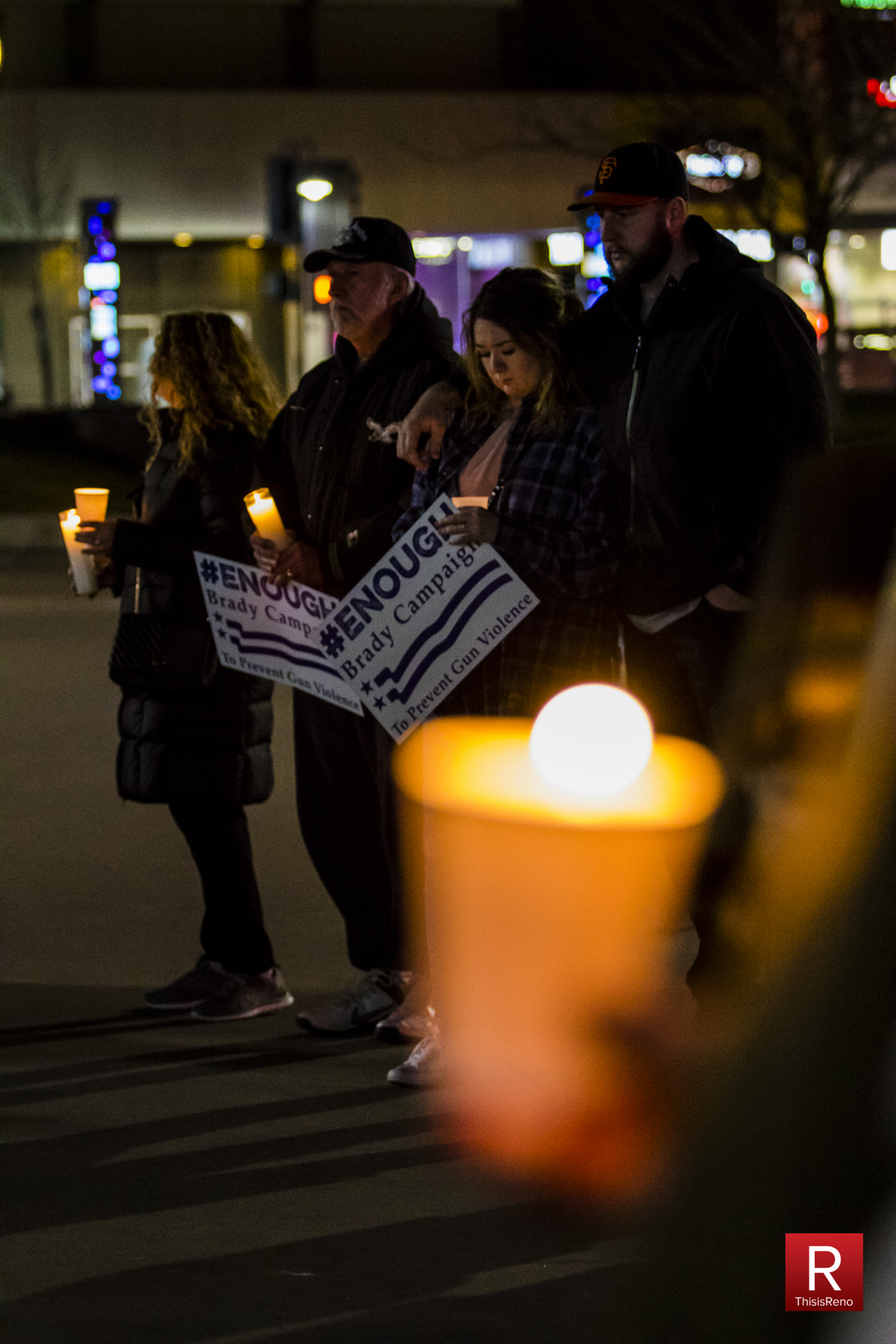 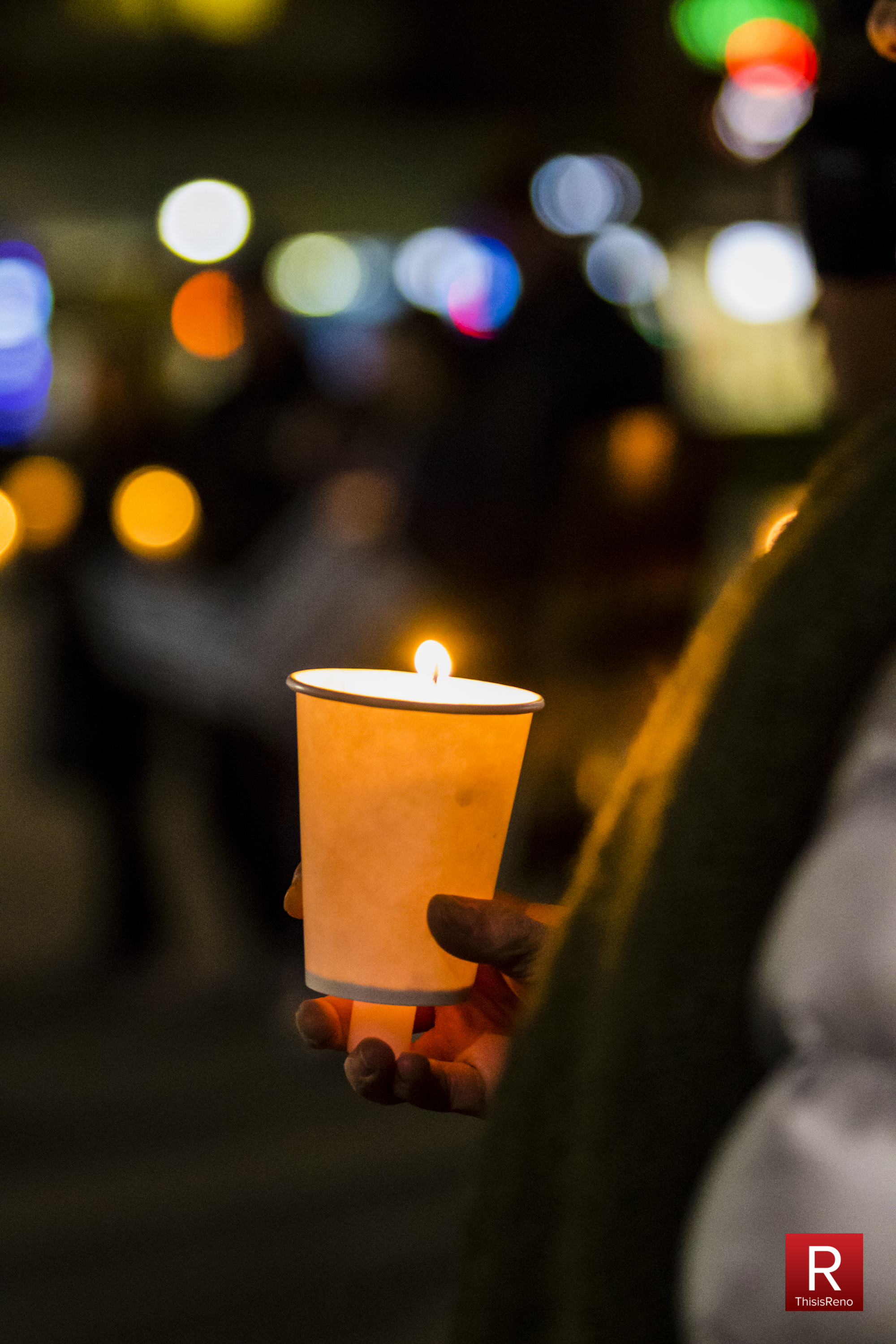 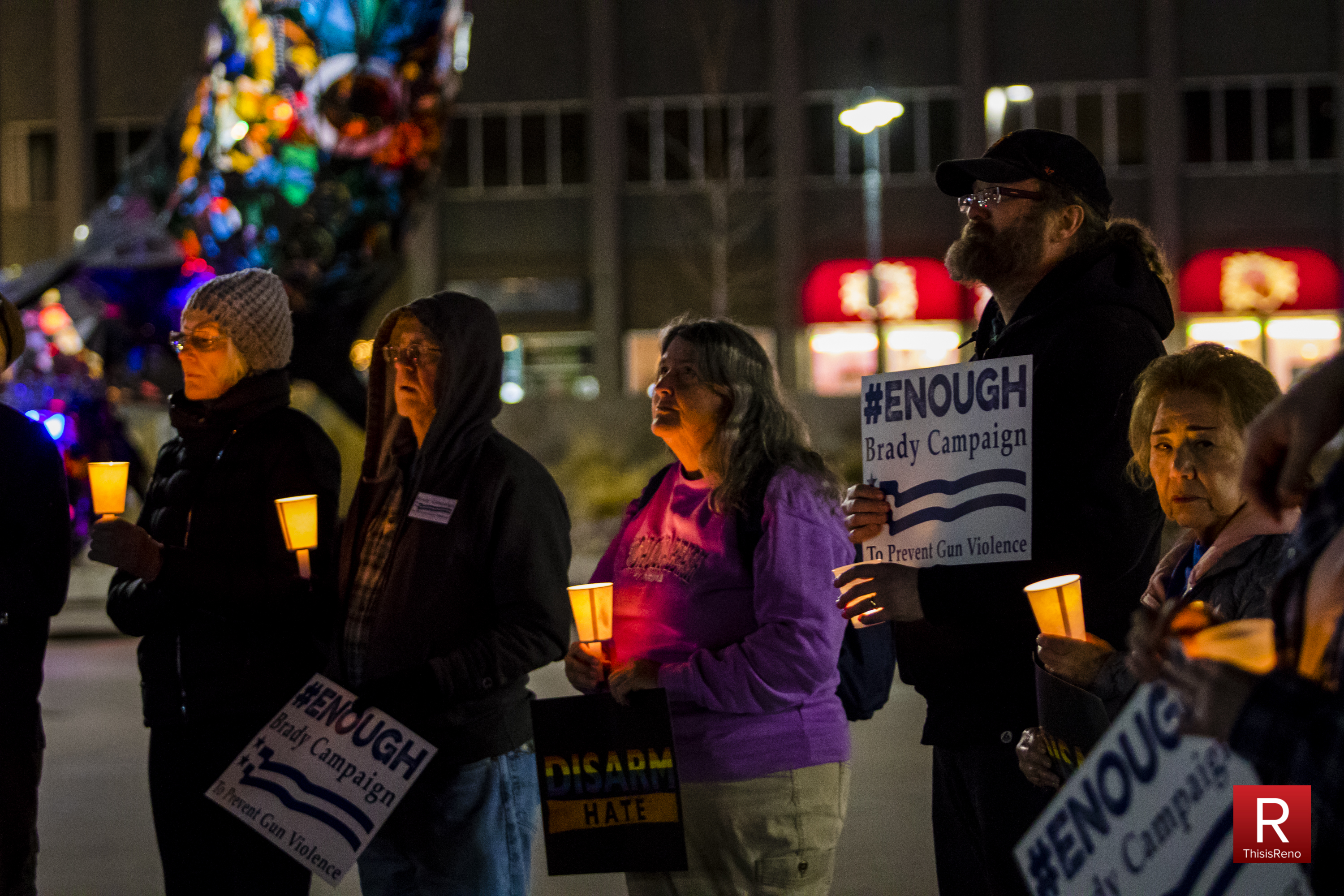 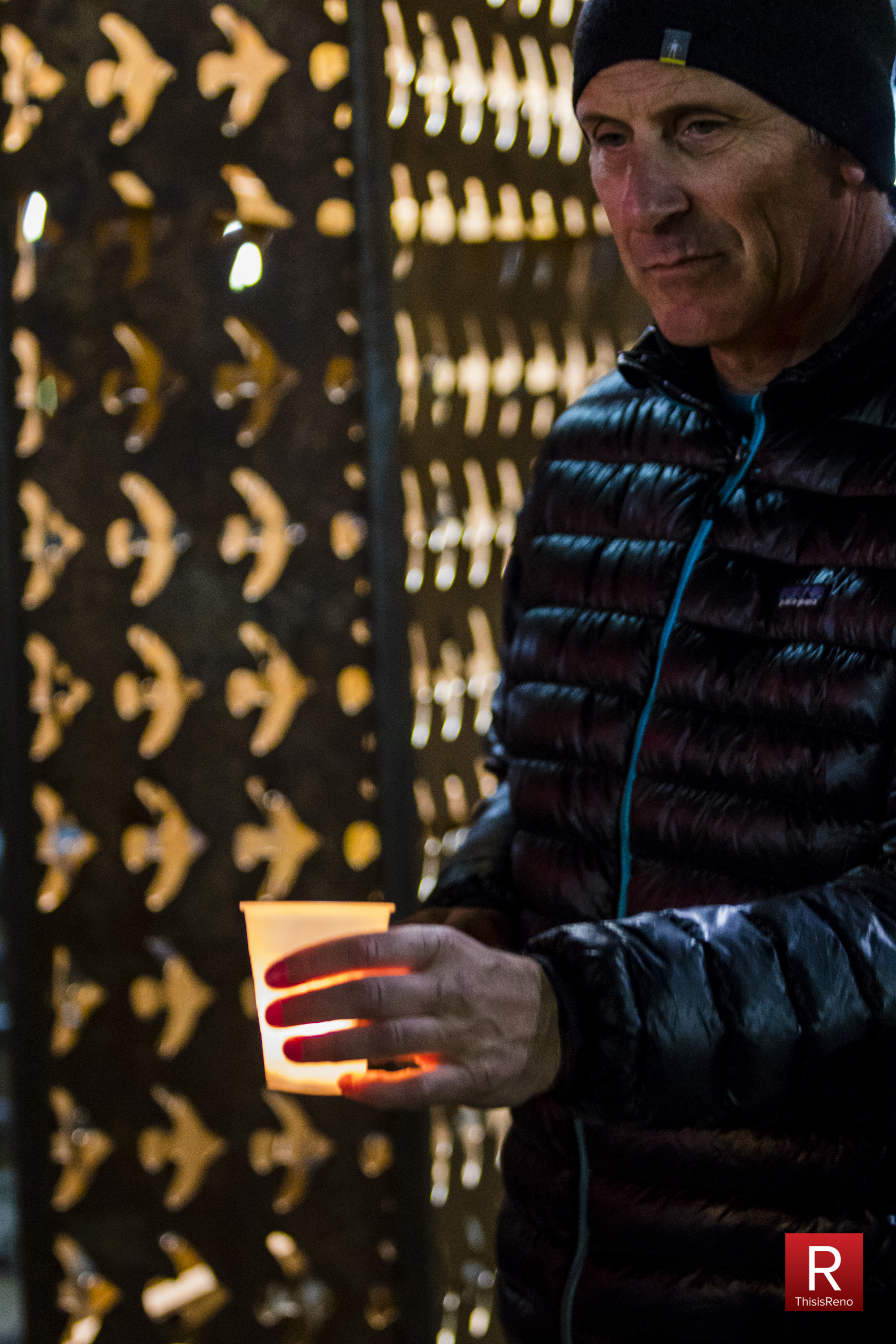 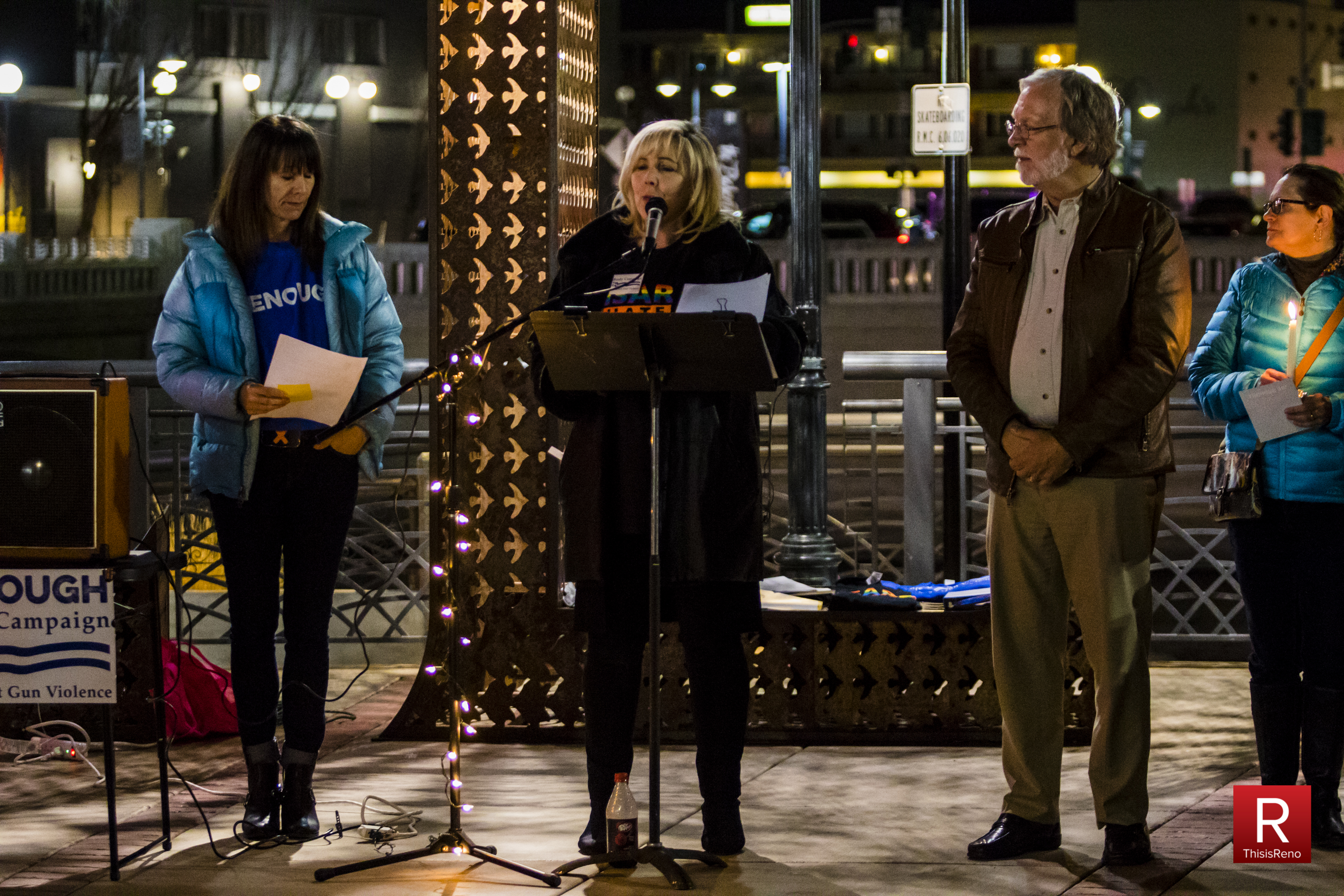 Members of the Brady Campaign to Prevent Gun Violence alongside the Nevada Gun Safety Coalition gathered in downtown Reno Friday night to hold a vigil for victims of the mass shooting in Florida.

After candles were lit, the name of each victim was read aloud along with information about the person, such as their dreams or past successes. The crowd then took a moment of silence. 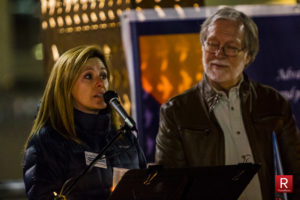 Two of the speakers, Kristen Richter and Heather Sallan, are survivors of the mass shooting in Las Vegas at the Route 91 country music festival. Richter, who is a teacher, told the group how students are taught what to do if an active shooter comes into the school. What this training looks like, she continued, is teaching kids to “run and hide from guns.” She and other speakers noted their disgust that an individual who cannot even purchase alcohol legally can purchase an assault rifle. The suspect in the Parkland, Florida shooting is just 19.

Sallan talked about the experiences of survivors of mass shootings. She said that when survivors see other mass shootings on the news they relive the event they survived. 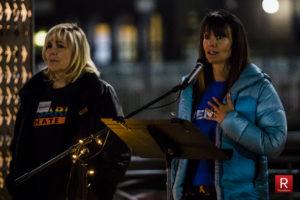 Both Sallan and Richter had to pause to recompose themselves as they discussed their own experiences and those of the school children in Florida.

Chip Evans, board president of Acting in Community Together in Organizing Northern Nevada (ACTIONN), echoed sentiments made by both Richter and Sallan regarding the fault of the firearms industry, the National Rifle Association (NRA), America’s gun culture, and what they described as lax gun laws. Evans voiced his outrage that Nevada voters in 2016 passed Question #1, an initiative requiring background checks for firearm transfers between private parties, but that the law is not being enforced.

The main discussion, though, was centered on the specific weapons used by mass shooters. Assault rifles were referred to as killing machines and weapons of war not suitable for the civilian population. Speakers weren’t asking for a ban on all guns, just the guns, that according to them, are designed for mass killing.

The ending sentiment of the night was the statement that holding vigils and mourning has become routine, and that action needed to be taken to change that.

Jury finds Rittenhouse not guilty on all counts