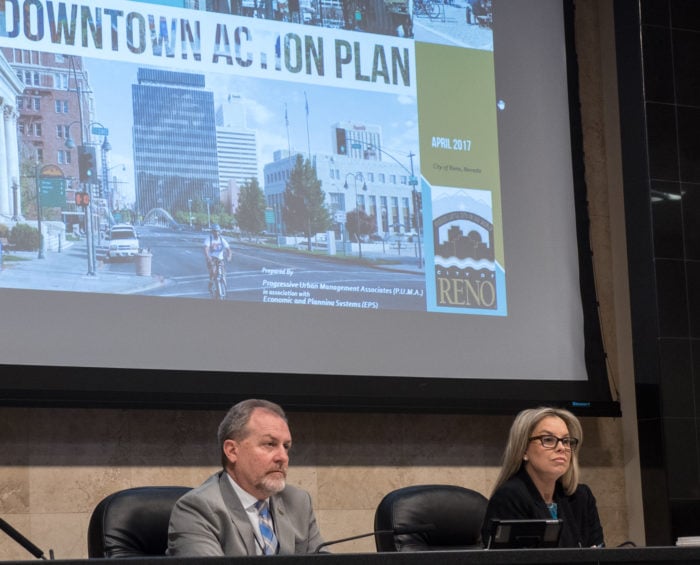 Property owners in the City of Reno’s newly proposed downtown business improvement district (BID) are voicing opposition to the district, and the city is having a hearing in front of the City Council.

“Council has received petitions in excess of the required 50 percent minimum and now must hold a public hearing for constituents to provide any written and oral objections they may have with the petition process, the acquisition, and creation of … the BID and to the levying of assessments,” said city staff in a report to the council for tomorrow’s meeting at City Hall.

Property owners in particular are protesting the structure of the BID — and the price.

“As a property owner in downtown Reno, I want to write in opposition (to) the creation of the (BID). I do not agree that private interests should manage public property to improve business capitalization,” wrote one property owner. “The City of Reno should not relinquish these rights to a private consortium.” 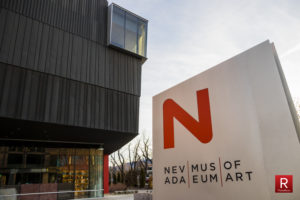 “The museum is in support of this proposal for the core downtown center,” said David Walker, CEO of NMA. “However, we are not in a financial position to commit to an annual assessment.”

Another complained that the BID, essentially, is a waste of time.

“I have experienced more crime, vandalism, and problems since the current district and special assessment was created,” another property owner wrote. “The boundaries extend too far, and we get no extra services on these perimeters… $400,000 for staff is amazing for such a small district….”

Although not the position of the board, a resident of Riverwalk Tower also protested what he said was a tax hike of as much as 28 percent.

“The public who will be paying this onerous tax are up in arms and plan to protest it,” announced Norm Robins in a news release. “The casino owners want us as serfs on their plantation so they can have their way with us. That’s not America. It’s Czarist Russia.”

“I… (am) concerned regarding the impact of the BID assessment for property owners in the proposed area who are property tax exempt, such as non-profits and other charitable and public benefit type organizations,” she wrote to the city council. “A delinquency on the assessment for one of these exempt parcels could force me to sell an otherwise exempt property for non-payment, a scenario that I don’t believe any of us would like to see.”

The city has been developing its downtown action plan since 2015, when it allocated $100,000 for its development. Consulting group Progressive Urban Management Associates (PUMA) was selected in 2016 to develop the plan.

The downtown plan was approved by the city council in April 2017, and generated another contract with PUMA to roll out the plan for the BID.

The plan promises a stabilized downtown, community development, a unified voice for downtown, and accountability. Downtown’s boundaries were expanded as part of the process. The BID’s operations are expected to cost $2.35 million a year, the BID’s total operating budget.

“The BID will usher in a new downtown management model that is commonly found in peer cities to Reno throughout the nation,” according to a planning document.

“You won’t recognize downtown in a few years,” Mayor Hillary Schieve said last year. “This is truly a game-changer for downtown.”

The BID promises to raise property values, create a cleaner downtown, and enhance future growth. A “hardship determination” was included in the plan to aid those who may have trouble paying the newly assessed fees.

The city’s Jeff Limpert wrote to some of those objecting to the plan.

“I would like to point out that everyone does not pay the same rates as reductions have been built into the assessment methodology,” he said. “Commercial owners pay 100 percent, residents pay 85 percent, and nonprofits, governmental, and educational entities pay 50 percent. These ‘breaks’ account for the fact that each group benefits differently from the BID and this approach is more equitable.”

City Council will hear the matter tomorrow at 1 p.m. or later.