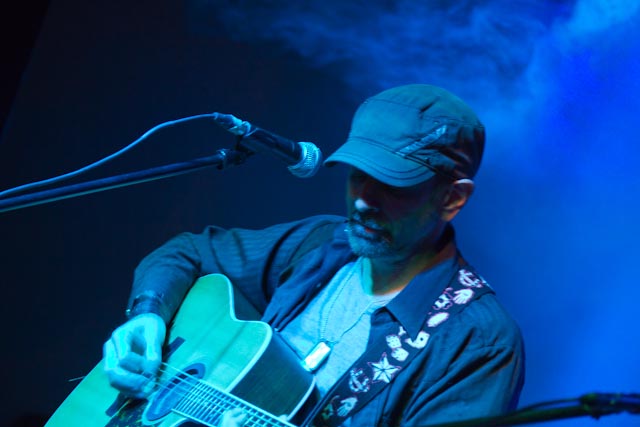 How would you like a little touch of Nashville for an evening without having to leave Reno? Good fortune is coming our way in the form of Nashville-based singer/songwriter Bill DiLuigi.

DiLuigi’s accomplishments include both nominations and wins in Canada’s Covenant and Juno Awards, as well as having his songs in both the Billboard and Music Row Charts. His music has been used in various TV shows and major films, plus he has appeared as a cast member on the reality show “The Song.” In addition to writing hits for the stars, he is a performing singer/songwriter with a unique raw and honest style. Bill is the real deal.

Two exclusive performances have been scheduled for this visit. First up is a show at The Saint on Friday March 9 at 8 p.m. with tickets at $5. The show also features local artists Matt Bushman, multi-Forte’ Award recipient Tyler Stafford, and Reno’s own Apothic. 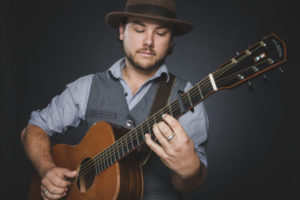 Reno singer/songwriter Matt Bushman, who opens the show, plays an eclectic blend of acoustic pop, pop rock, and indie folk. Music has always been his passion and he’s excited to see where it takes him.

Tyler Stafford will follow up with some of his original material. Stafford’s sound is like sunshine on a lazy Sunday afternoon combining a gentle touch on the acoustic guitar with lyrics covering love, relationships, and social commentary.

Bill DiLuigi will then take the stage for a set of original songs. “I don’t just want people to come watch me perform. I wanna share my heart and give them something to take away,” says DiLuigi. 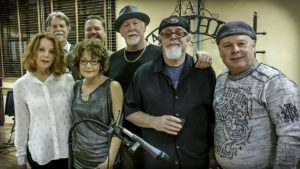 The local seven-member band, Apothic, will join DiLuigi for his final song or two, and transition into their own set of originals. Time permitting, DiLuigi may come back and join Apothic to close the show.

Apothic performs a unique mix of powerful vocal harmonies and instrumental arrangements crossing blues, R&B, contemporary country, and Americana featuring original music by co-founders Jeff Davis and Marty Easter. Beside the normal bass, drums, and guitars, Apothic’s musical mix includes saxophone, flute, two keyboardists, mandolin, and a total of six vocalists, not to mention a triangle prodigy. (Just seeing if you’re still with me.) It’s also worth pointing out that I am the drummer in Apothic.

Part two of DiLuigi’s Reno visit is a “Songwriters-in-the-Round” performance at the Fine Vines Wine Bar in northwest Reno on Sunday, March 11 at 3 p.m. Tickets to the performance are $25. Joining him will be Dale Poune, who performs with Lacy J. Dalton, and Marty Easter and Jeff Davis, both of Apothic. The audience will hear stories of how the songs were crafted before hearing them performed by the writers themselves.  This will be an intimate setting where you can visit with the writers after the show.  Fine Vines has a limited capacity and this show is expected to sell out, so if you are interested, don’t wait to get your ticket.

For more information visit www.redhorsemusic.com or contact Jeff or Bev at Red Horse Music at 775-209-3996.

PHOTOS: Concert at The Saint a Benefit for Andy Kimberly

Benefit Show for Local Musician March 12 at The Saint