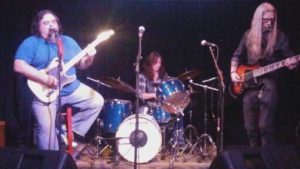 Local Band Alert: ThisisReno takes a closer look at local bands in this series of 5-minute interviews. This week we chat with the Whiskey Preachers.

The Whiskey Preachers are a three-piece band new to the Reno music scene. The band features Tony Ghiglieri (lead vocals & guitar), Jeff Hueston (bass), and Michelle Zito (drums). They are gaining popularity and growing a huge fan base at a steady pace.

Ghiglieri and Zito have known each other since 2006, but Hueston is fairly new to Reno, moving here from the Bay Area a year or two ago. Ghiglieri is well-known as one of the best blues guitarists in the area and Zito is the daughter of jazz drummer Joe Zito. She has been pounding the skins for over thirty years playing all genres of music from the big bands to rock ‘n’ roll, and everything in between.

Recently I asked Zito some questions about the band; here is what she said:

Zito: Whiskey Preachers is a reference from the book “To Kill A Mockingbird” (and those whiskey inspired preachers of the deep south). WP “preaches” its own brand of musical sermon in places where libations flow freely. We all loved the name and it stuck.

Zito: Our sound is best described as eclectic because we oftentimes play what the mood of our audience dictates. We can draw from our varied musical backgrounds and easily transition from blues to jazz to funk, country, classic rock and even things ‘experimental.’ We send each other ideas for cover tunes, music we enjoy ourselves and think would be fitting. Some come from obscure corners like Maceo Parker or John Coltrane, Chic Corea or The Meters. We also learn tunes our guest vocalists and players like to perform at our pro jam at the Polo Lounge on Mondays. We might play some AC/DC or Linda Ronstadt, Blood Sweat and Tears or Ozzy Osbourne. There again, we may take an arrangement of a jazz or funk tune and totally make it our own. Improvisation is a part of what WP does to keep things fresh and interesting. 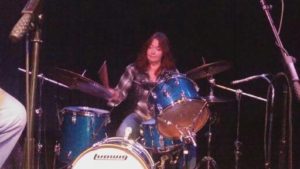 TIR: What bands inspire you?

TIR: Where do you see the band in 5 years?

Zito: We have plans to add some of our own original material that will also cover a wide range of genres, we’ve talked about recording sometime soon and I will be doing some vocals and harmony. We intend to take this powerhouse trio to the next level by making the most of what each of us has to offer. We’re just getting started.

Zito: The Reno Music scene has taken a beating in recent years due to the economy, but those tough and resilient musical entities in the area have weathered the storm. It seems that new talent is coming out of the woodwork and fresh opportunities are out there. We are finding that one has to be proactive to keep ahead of the game and promote in as many ways as you are able. Social media helps, certainly, but good networking skills are important even while on the gig, person to person. WP has a large group of friends and followers that is ever-increasing. It’s a beautiful thing to see. Lots of friendly faces. We look forward to our future as a musically diverse power trio with an ever expanding following of friends new and old. It’s a big music ‘family’ we share.

There you have it, if you have never seen this band play live, now is the time. Check their Facebook page to see where they will be rockin’ next.

Support your local bands and venues … Go to a Show!