Home > Featured > The Gun Debate is Not Over (Opinion)
Featured

The Gun Debate is Not Over (Opinion) 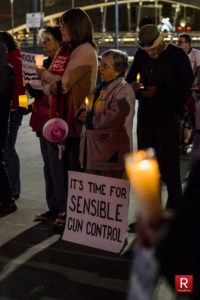 No subject separates sides as quickly and inelegantly as people who believe in our constitutional Second Amendment rights vs. left-leaning altruistic do-gooders who want to deny American citizens their right to bear arms, under any argument and means necessary.

Mr. Mulligan, you try to imply there is a debate, discussion, etc. when the fact is, it is already plainly stated in the Second Amendment. Have you ever actually read the U.S. Constitution? I like how you try to incriminate certain words as well, by the leftist playbook: “gun-toting, gun-control, obscene gun obsession, ban immediately, we don’t want to hear what you have to say.” Pretty much sums up that if you toss enough negative connotations and exude a sanctimonious attitude, it must be true and we (aka the Right) will buckle.

Trying to cloak suppositions in such tragedies as school shootings is reprehensible. I’m a father and a grandfather and I also detest each and every time I hear of a school shooting. Innocents are lost and families and lives are forever changed. However, every time there is a shooting at a school, the Left immediately cry “ban guns!” and liberal mainstream media push this message to the limit. The biased media and Left never talk about actually doing anything else, you know things that may actually be effective: hiring proper security, training key administrators and teachers in how to properly use a handgun in defense, hiring ex-military or retired police officers to patrol schools, doing actual drills. No, the answer always with the Left is to ban guns.

People have referenced Israel as a way to improve our school’s security. Israel is a country that is surrounded by terrorists every single day, has experienced two shootings since 1974 vs. 17 in the US. Why is that? According to Arutz Sheva, a national news source in Israel, “When terrorists attacked a school in Maalot in 1974, Israel did not declare every school a gun-free zone. It passed a law mandating armed security in schools, provided weapons training to teachers and today runs frequent active shooter drills. There have been only two school shootings since then, and both have ended with teachers killing the terrorists.” 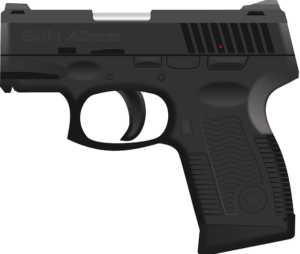 Why do we never hear of the good guys on news networks, those who have a CCW and have made a positive difference and either potentially or actually saved a life? This includes those of our honored police and law enforcement men and women. It is because it does not fit the Left’s narrative. Google “CCW saves cop.”

The latest argument that the Trump administration has removed Obama-era laws allowing mentally ill people to get guns is 100 percent nonsense. That’s because the Left doesn’t tell you the actual facts, just their version of it. The fact is, the Trump administration removed a proposed law that required anyone who received Social Security disability and assistance to manage their benefits to automatically be entered into the FBI’s National Instant Criminal Background Check System (NICS). Now, simply because people may have financial management assistance does not equate to that person being mentally incompetent to own a gun. See how they stretched that fact?

From The Activist Post: “Under the reign of Hugo Chavez, the government introduced a law that banned personal purchases of firearms and ammunition in an attempt to ‘improve security and cut crime.’ … It’s interesting to note that nearly all repressive regimes take away the means for the citizens to stand up for their rights. Venezuela is likely the second most dangerous nation on earth.”

I for one, am tired of being relentlessly labeled by the self-righteous Left, being harassed by the Left, and the liberal news media at every mention of the word gun—simply because I exercise my Second Amendment right. We are a civil society, one run by laws, not by public/private opinions and criticisms. Lastly, I have these fancy things called—references. You might want to try them Mr. Mulligan. 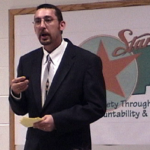 Glenn Hutt is a Carson City resident for the last two years. He is 35-year career occupational safety professional and an 11-yr USAF veteran. He is a conservative and proactive on individual rights. Glenn is father of two daughters and four young grandchildren.