Home > Featured > From the Right: Hello, My Name is Don (Opinion)
Featured

From the Right: Hello, My Name is Don (Opinion) 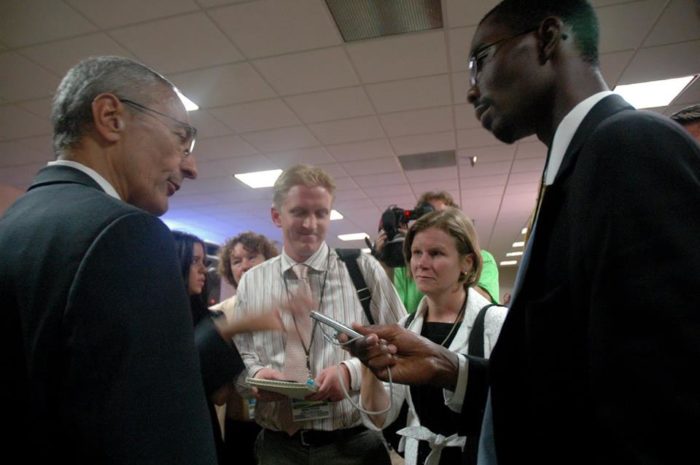 Editor’s note: ThisisReno is pleased to welcome Don Dike-Anukam and Dave Mulligan as new contributors. Each will be focusing on local and state-level issues from their political perspectives — right and left, respectively. We plan to run their columns each Monday.

Hello, my name is Don, Don Dike-Anukam, and this is my maiden article for ThisisReno. I am a Reno native, a practical permanent student at University of Nevada, Reno, and  a bit of a political and media geek, one could say.

I’ve been following campaigns and public affairs ever since I was a kid. Mimicking Ted Koppel, Peter Jennings, David Brinkley, and other anchorpeople of the day (the ‘80s and ‘90s). I would also engage a Sunday ritual with my family poring over newspapers (from the Wall Street Journal to the Washington Times/Post) and the Sunday news shows from “Face the Nation” on CBS to “Meet the Press with Tim Russert.”

Why all this effort as a child, to stay current on the political affairs of the day? Because I would often engage in debates and exchanges with uncles and aunts on the direction of the nation and the world.

I’ve been involved in activist politics in northern Nevada for the last 15 years or so on and off. For a brief moment I was also in the media business as a radio show host at the University of Nevada, Reno (UNR) interviewing everyone from city council members to former presidents, presidential candidates, and sitting U.S. senators.

In that time I got a chance to see a lot, learn a lot, and engage on multiple issues of the day — from the economy to immigration. I also have had a front-row seat to a fair share of economic trials and successes that this community in Nevada has seen over the last decade. That has given me some perspective to gauge where we’re going and what’s going on (from my perspective).

So I hope to achieve a simple goal. Have a conversation with you, the public, a simple civil enlightening conversation about the things that affect our lives. Yes, I may be a Republican and, yes, that may bother, well, a lot of you. But we can disagree without being disagreeable.

I wish to thank the staff of ThisisReno, Bob Conrad, and my friends and family. For this opportunity, what I hope to do is inform, discuss, and educate on multiple issues at the state and local level here in Reno and in Nevada.

I want the focus on these conversations to be facts, facts, and analysis. I think facts matter. I think having a clear, logical basis of why things are happening and where they are probably going to go is an essential part of public discourse, especially in a time and age when really difficult things are hard to talk about.

Our general public mistrust of pretty much everything is high. I want you to know that you can trust me, what I say, where I’m coming from, and that I’ve done everything possible to vet and research what I’m talking about.

There may be times when I may say something about which you, your friends, or everybody will absolutely disagree with me. If that happens, let me know. I’m happy to engage with you to discuss and sort it out, because this is how we learn, exchange ideas, and understand things.

More importantly, this is where the rubber meets the road and we figure things out. I hope to give you a different viewpoint on issues of the day, from electoral concerns at the city level to issues at the state level.

I want to put some perspective to the issues of the day (from my vantage point). So I thank you for this opportunity and your time. I look forward to engaging all of you or having a friendly agreement or disagreement. Thank you.