East on I-80: Look for Quirk, History and Cowboy Culture 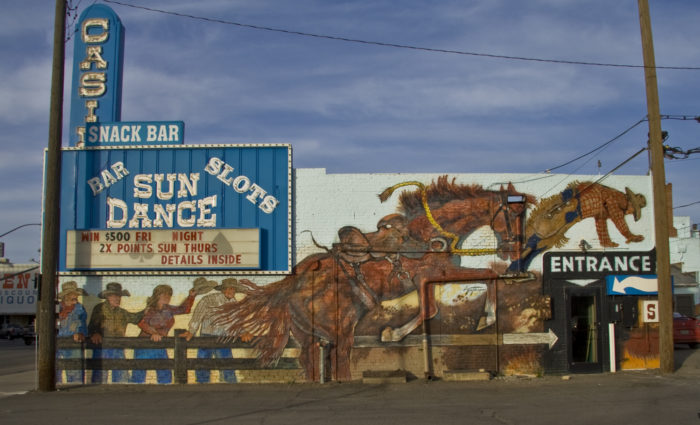 A cowboy mural in Winnemucca, one of the towns along I-80 in Nevada’s Cowboy Corridor. Image: Travel Nevada

Interstate 80 through northern Nevada is a roadway made to get you somewhere fast. It’s designed to move you from Reno to Salt Lake City in a seven-and-a-half hour drive, factoring in a quick pit stop. And that’s how it’s often driven: pedal to the metal. It’s a shame, because there’s a lot to see along I-80, including Main Street Art Park in Fernley, home of the “Bottlecap Gazebo” sculpture once featured at the Burning Man festival in the nearby Black Rock Desert; and Roller Coaster Fireworks Outlet in Battle Mountain, where the Cassorla brothers expound on pyrotechnics in a shop stuffed with taxidermy.

Along with the quirk, I-80 through Nevada offers up places to explore the history of the American West, especially its ranching culture. Many of those sites are outlined in a new road trip itinerary, Cowboy Corridor, recently released by the Nevada Division of Tourism (TravelNevada) and available on its website, TravelNevada.com. 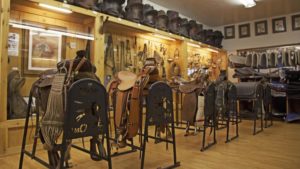 Anchoring the route is the city of Elko, the base of the state’s cattle industry. The Western Folklife Center — the organization that oversees that annual National Cowboy Poetry Gathering, which concludes Feb. 3 —is here, as well as such legacy shops as J.M. Capriola, where saddles still are made by hand. Elko also is home to the Cowboy Arts and Gear Museum, set to open early this year, as well as the Northeastern Nevada Museum, which has an impressive collection of work by Western artist and author Will James. Outfitters, such as Cowboy John Tours, provide opportunities to visit area ranches and others places of interest.

Ranching and western culture also is found in such northern Nevada towns as Winnemucca, also on the Cowboy Corridor road trip itinerary and home of the annual Ranch Hand Rodeo (Feb. 28 to March 4 this year); and Reno itself, which hosts the annual Reno Rodeo (June 14-23 this year). 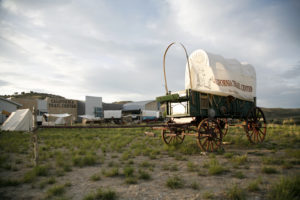 While I-80 takes you through the section of Nevada rich in ranching history, the roadway itself has a history. In Nevada, I-80 roughly follows the path of the Truckee River (on the western side of the state) and the Humboldt River (on the eastern side), a route traveled by thousands from 1841 to 1869, the years of the California Gold Rush. This history of this mass migration is chronicled at the California Trail Interpretive Center, about eight miles west of Elko, just off I-80.

The Gold Rush ended, but the route still was in use: the First Transcontinental Railroad, completed in 1869, approximately followed the same path. Many of the towns on the Cowboy Corridor itinerary, including Reno, Lovelock and Winnemucca, benefitted from their nearness to the railway.

Ghost towns — former mining towns that are either completely abandoned or sparsely populated — can be found along I-80, as they can throughout Nevada. Mining was and continues to be a part of the state’s economy, and ghost towns dot the landscape, remnants of the boom-and-bust cycle of this industry. Several are included on the Cowboy Corridor itinerary:

PHOTOS: A night at the rodeo in black and white

PHOTOS: This week at the Reno Rodeo