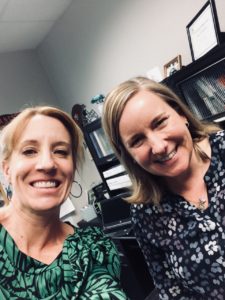 Business leaders made their way into local schools Thursday to take on the role of principal, learning what it was like to lead a school and wear multiple hats.

There were the funny moments: Losing a “pig” basketball game on the playground and getting an earful about boyfriend-girlfriend problems among sixth graders.

There were also challenges, such as being a cafeteria monitor during kindergarten lunch and spending a sizable amount of time opening milk cartons for children.

Then what one might not expect: Lots of hugs and schools with a room full of clothing, sorted out by size.

“The school is doing more than educating,” said Darrell Plummer, owner of Sierra Nevada Properties, who visited Booth Elementary, a Title I school on Stewart Street. “The school is helping nurture and feed the students, and clothe them. The kids aren’t in the family situations in which a lot of us were raised.”

The annual “Principal for a Half Day” was about bringing businesses and education together.

Click to see the day in Tweets via the #principalforaday hashtag. 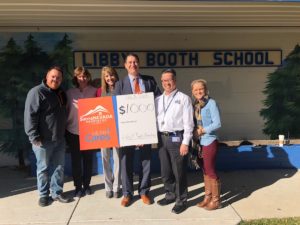 Sierra Nevada Properties participated in “Principal for a Half Day” at Libby Booth Elementary School and made a donation as well. Image: Annalisa Walker, Asst. Principal, Libby Booth

Plummer said his company is a partner in education with Booth and is constantly trying to find out what it’s needs are.

Guest principals got an inside view of classrooms, various programs, and teaching techniques.

“It’s not just reading, writing and arithmetic,” Slaughter said. “It was interesting to see all that was going on.”

Despite how different education and business might seem, they are comparable in several ways, said Brown Elementary School principal Angie Bryan.

“There are so many challenges in running an elementary school, as there are in running a dental office,” White said.

They discussed how she goes about hiring teachers and how he hires dental hygienists. 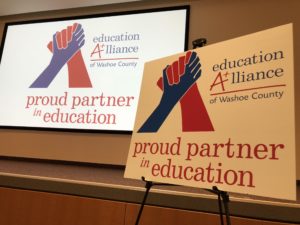 Organizers encouraged participating executives and community leaders to reciprocate by inviting principals to spend part of a day in their workplace on a future date.

For more information on the Partner in Education program visit https://ed-alliance.org/our-impact/programs-initiatives/partners-in-education/.