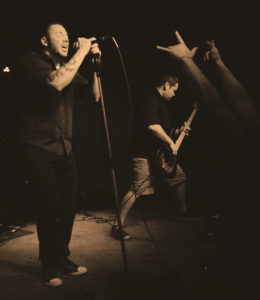 Three of the area’s best metal and rock bands joined forces for Winter Rockfest 4 showing that rock ‘n’ roll is still alive and kicking some ass in the Reno/Sparks music scene. Anchors for Airplanes, Seasons  of Insanity, and Authmentis hit the stage at Mummers Bar in Sparks for the show.

All three bands drew their fans to the show, so attendance was good.

I’ve covered this band many times before. The thing that’s most consistent about AFA is that they continue to get better at every show. The band got 45 minutes to rock the stage, and that they did. The set list looked something like this: 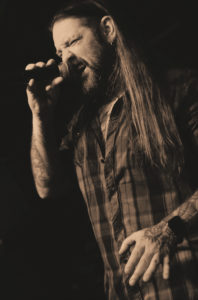 Seasons of Insanity cleaned up at the 2017 Forte Awards, cashing in on three awards. They won Best Rock Band, Best Guitarist: Jeff Montgomery, and Best Bassist: Steve ‘Gus” Caba. Watching and listening to SOI proves that these guys really deserved all four of the Forte Awards they won.

During the band’s set, SOI frontman Shane Whitecloud announced to the crowd that he had popped the question on Christmas Day to Amanda McGuire, his girlfriend of four years and mother of his second son “Chord.”

SOI also got 45 minutes of stage time with the set list featuring: 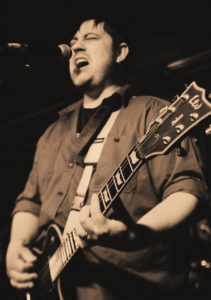 Just like the other bands, Authmentis got 45 minutes to finish the night off with a blistering set that had the crowd rocking the entire time. The set went like this:

All-in-all this was a very good show for the area’s music scene. Mummers Bar is proving to be a great venue that’s not afraid to let the metal and rock bands do their thing and rock the masses. Other venues around town should take notice that rock ‘n’ roll will never die, metal included.

It’s shows like this — three awesome bands, a great venue, and of course plenty of rock ‘n’ roll – that demonstrate why everyone should always remember to support your local bands and venues … Go to a show!