Watch a live video of the event below.

Reno Mayor Hillary Schieve’s State of The City address, presented tonight at the Pioneer Center, departed from last year’s celebration of Reno to include, this year, noted commitments to many of the city’s pressing issues.

The State of The City was preceded by performances from the Reno Jazz Orchestra and Sierra Nevada Ballet.

Celebrated local artist Grace Hayes sang the national anthem while the Reno Fire Department and Reno Police Department did the presentation of colors.

Growth Impacts and a Better Reno 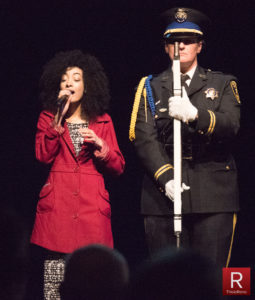 Reno, while great, is not free from problems, she said. While it’s great that some of the world’s largest companies are housing operations in the region, that growth has come with noted negatives — particularly affordable housing.

“I am optimistic as a community that we can make a change when it comes to caring for our homeless population.”

The downtown’s new business district will also focus on providing services to the homeless and on cleanliness, while “providing welcoming information for our residents and tourists,” Schieve added.

The national opioid epidemic was also mentioned, in reference to the city advancing litigation against opiate manufacturers.

“This is not just in our city, this is a worldwide epidemic,” Schieve said. “When I hosted the Mental Health and Addiction Summit, I was astounded by the hundreds of attendees and the heart-wrenching stories.

“I am proud to announce that we stayed dedicated to making the pharmaceutical companies accountable for their actions by becoming one of more than 200 cities in the nation to see them in court. They have turned ruining lives and cities into a billion-dollar business.” 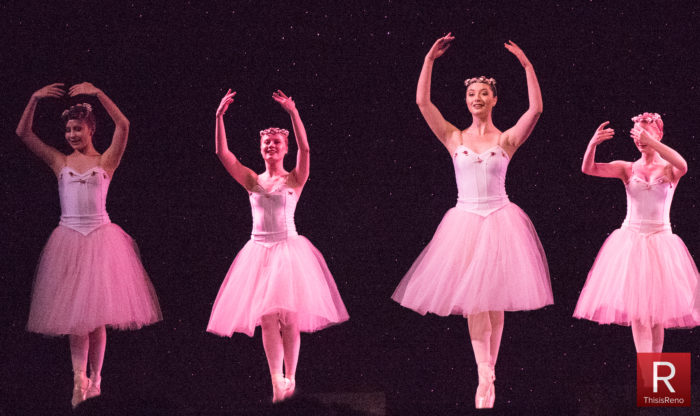 Councilmembers were recognized for their respective areas of emphasis, and videos were played about issues such as “the art of culture” (Naomi Duerr), “the art of sustainability” (David Bobzien), “the art of neighborhoods” (Oscar Delgado), “the art of public safety” (Paul McKenzie), and “the art of revitalization” (Neoma Jardon).

Councilwoman Jenny Brekhus did not have a video, though she was in attendance. She said she was unavailable for the video production because of other time commitments.

The address was marred by sound problems toward the end, but Schieve raised her voice without a mic and continued, receiving applause from the estimated 1,000 in attendance.

Schieve received a standing ovation at the end of the address.

“The RSCVA collects room taxes, and a portion of those funds are dedicated each year to supporting the arts,” Cunningham said. “Last year, some of the unique initiatives we supported included the inaugural Reno Mural Expo, highlighting local, national, and international artists.

“We also helped bring the Banksy ‘Haight Street Rat’ exhibit right here to The Biggest Little City — it doesn’t get much cooler than that.”

CORRECTION: Councilwoman Naomi Duerr’s video was not included in the original article, in the list above, and the link to Councilman Bobzien’s was added later. My apologies for the omissions. -Bob