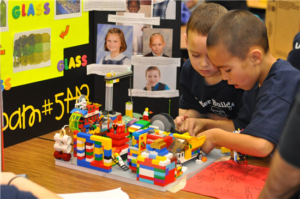 The public is invited to observe competitions between noon and 3:30 p.m. Jan. 27 at Pine Middle School, 4800 Neil Road.

This year’s theme focuses on water and how it’s found, transported, used, and disposed of.

“FIRST® LEGO® League challenges kids to think like scientists and engineers,” according to a statement from organizers. “During the HYDRO DYNAMICSSM season, teams will choose and solve a real-world problem in the project. They will also build, test, and program an autonomous robot using LEGO® MINDSTORMS® technology to solve a set of missions in the robot game.”

The program is designed to help students from age 9 to 16 build self-confidence, knowledge and life skills, while motivating them to pursue opportunities in science.   Approximately 26,000 teams worldwide are planning to take part in hundreds of qualifying and championship tournaments. Teams will have the opportunity to participate in the World Festival to be held in April 2018 in Houston.