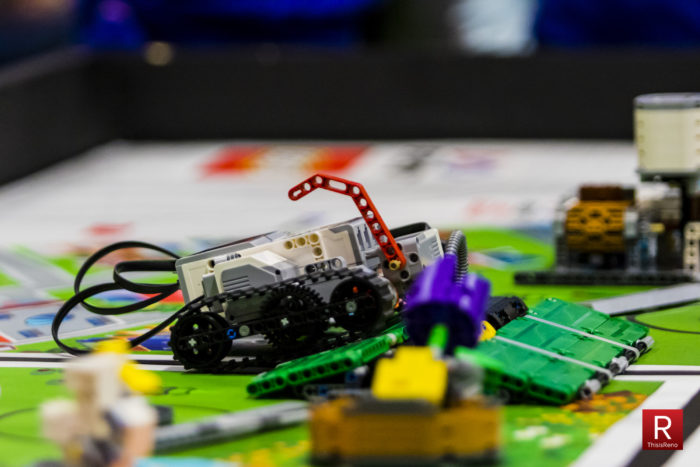 Scroll down for a gallery of photos from the event.

FIRST® LEGO® is a competition challenging school children in grades 4 through 8 to build a robot, shrunk down to LEGO® scale, capable of solving real life problems. The competition is a partnership of the two organizations: FIRST, a not-for-profit public charity that promotes technologic skills in education, and LEGO®. The two organizations have formed an alliance to use LEGO® bricks and “LEGO® MASTERMIND” components to build the teams’ robots.

The event has a whimsical air to it as attendees, participants, and judges donned humorous head gear. These ranged from Viking helmets to knitted duck hats. 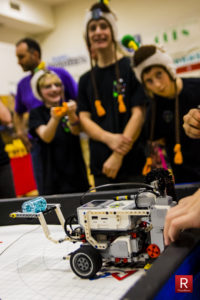 When it came time for the competition, teams of up to ten along with their coaches took to the playing field, which was a preset layout in which their robots needed to complete various tasks. This year’s theme was “Hydro Dynamics,” meaning teams needed to solve various issues like repairing a broken pipe, releasing a valve, and placing equipment onto the game board.

As best I understand it, the teams have a period of time in which to complete as many of the tasks on the board as possible. They gain points as they complete or partially complete each task.

The robots were as distinctive as their builders. Some small agile machines required parts to be changed for each task, while others resembled scale size buildings trying to complete multiple tasks on each attempt.  The seriousness of this competition was clearly displayed on the competitors’ faces: celebration for a successful run, but somber expressions and hasty modifications to robots for miscalculations.

While LEGOs® gives the impression of simplicity, the required tasks were complex and required a great deal of precision. These young students showed both cleverness and ingenuity in their designs. Whether or not these students pursue a life in technology remains to be seen, but it seems clear that they have gained skills and confidence to carry forward with them. 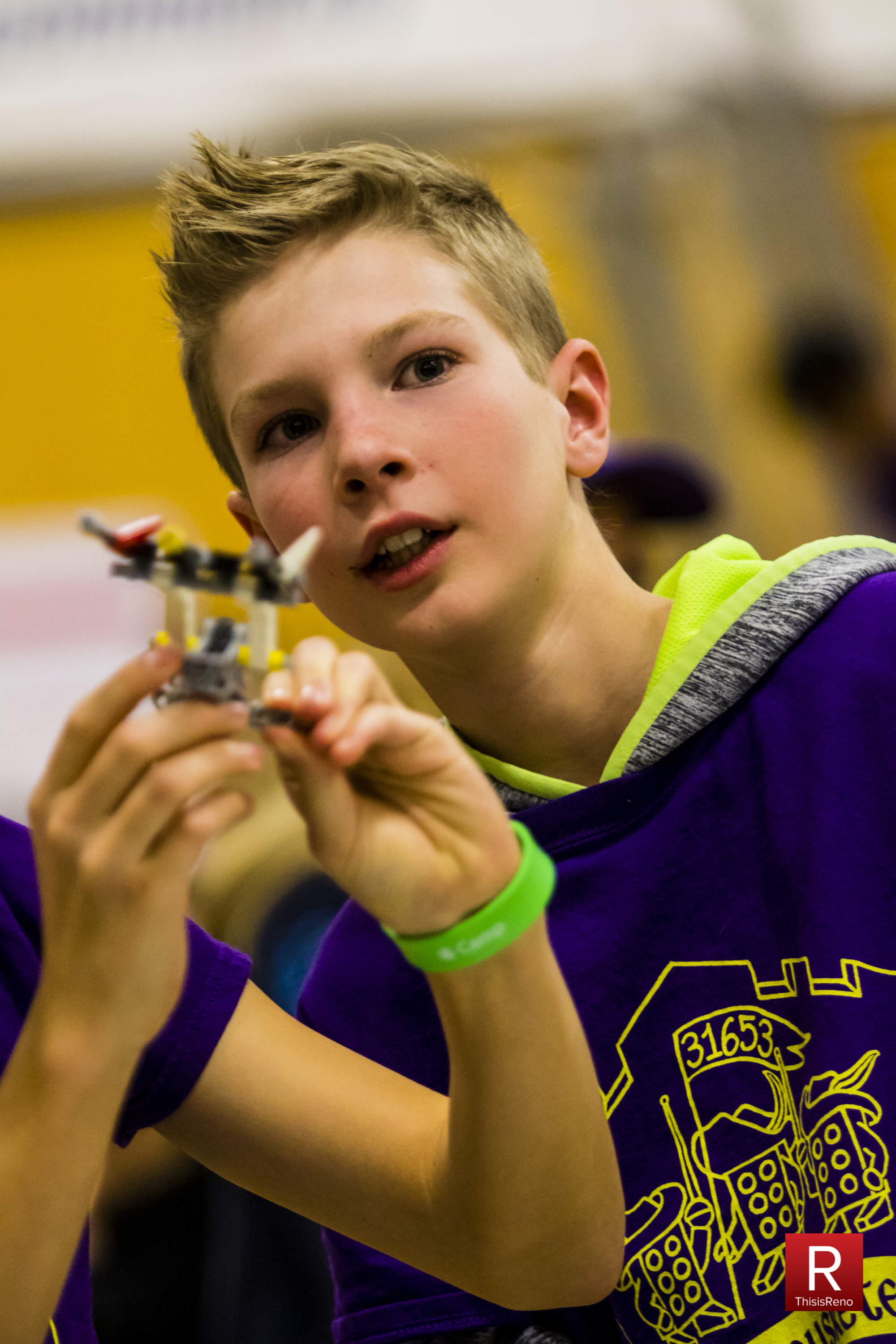 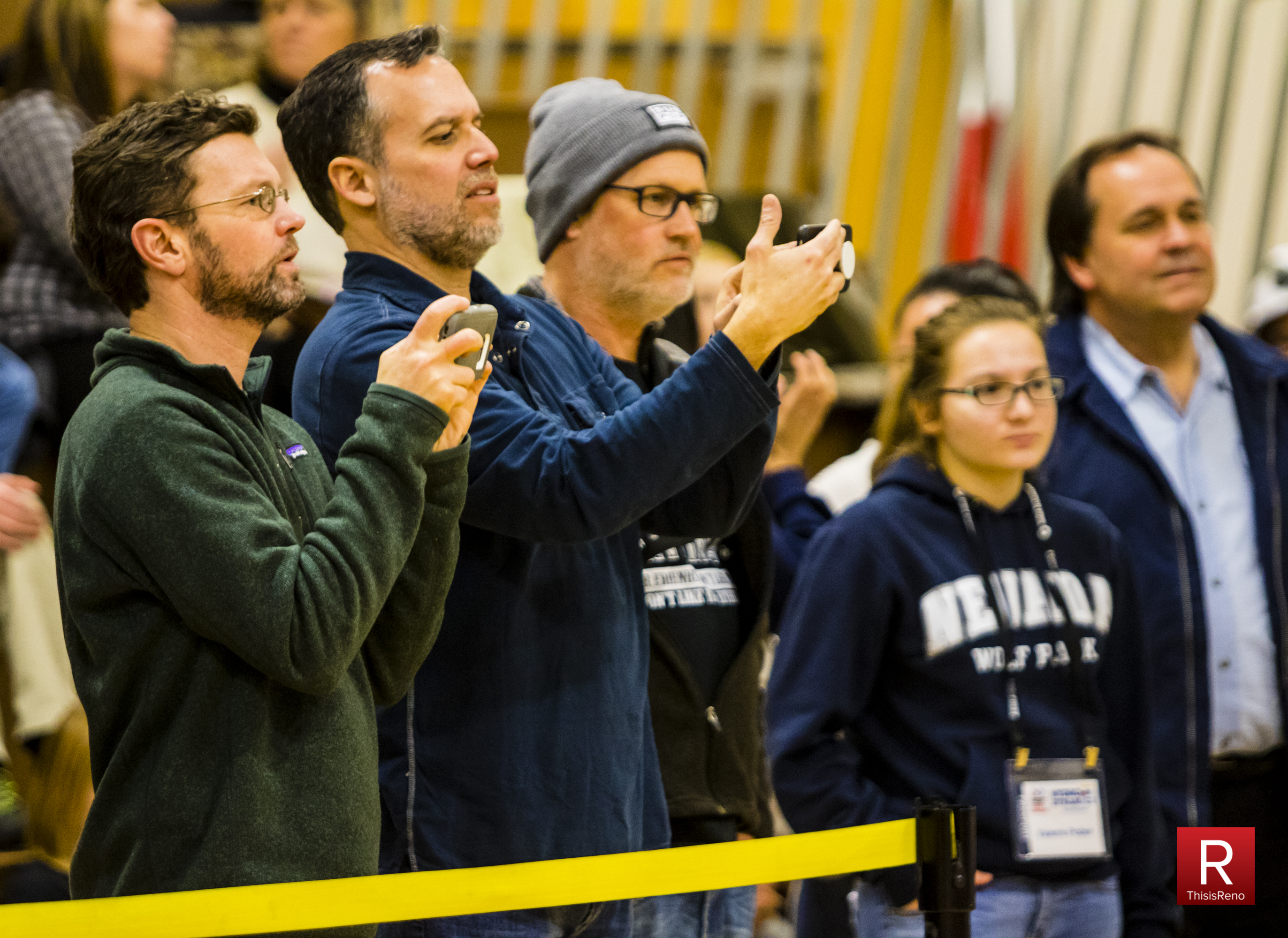 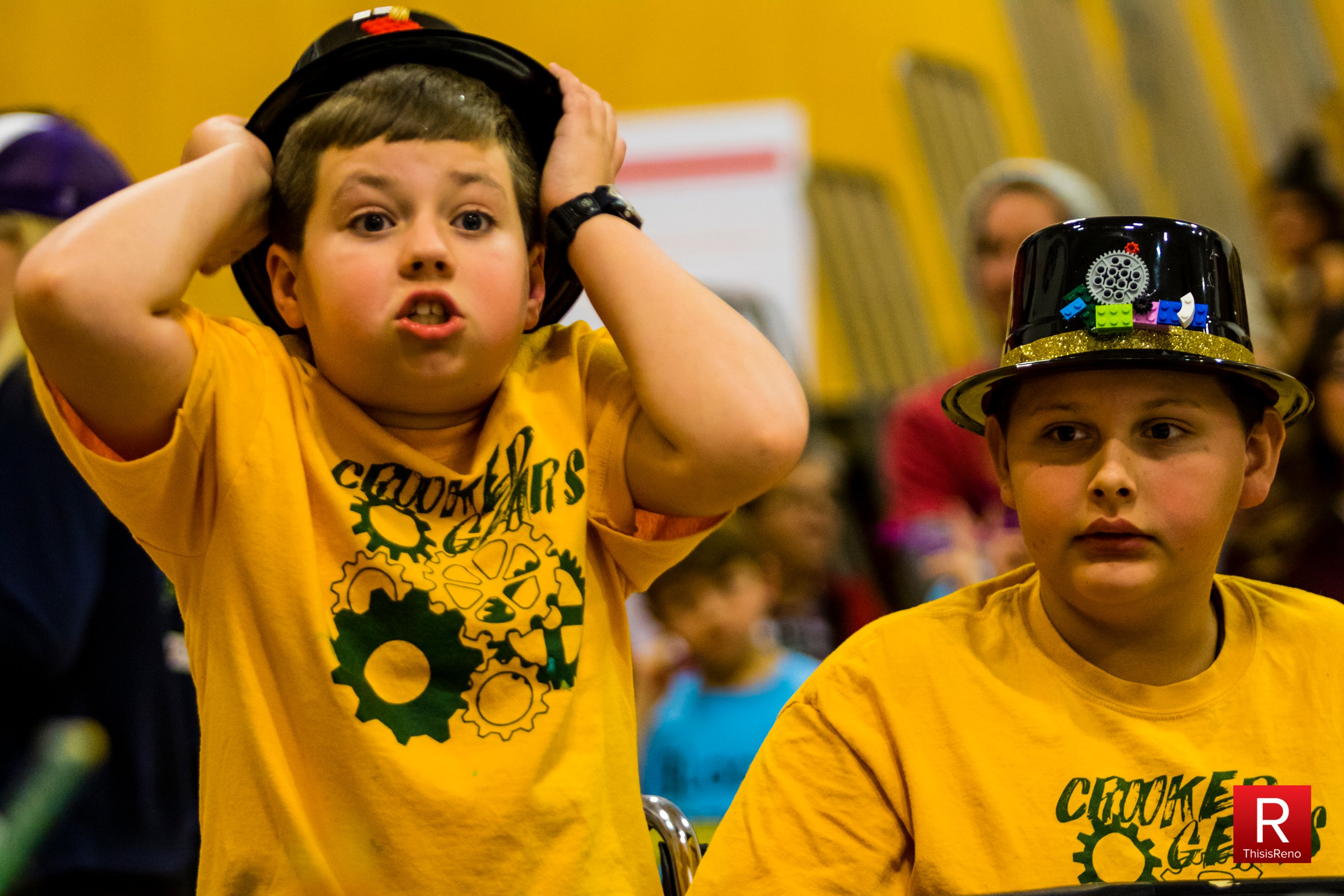 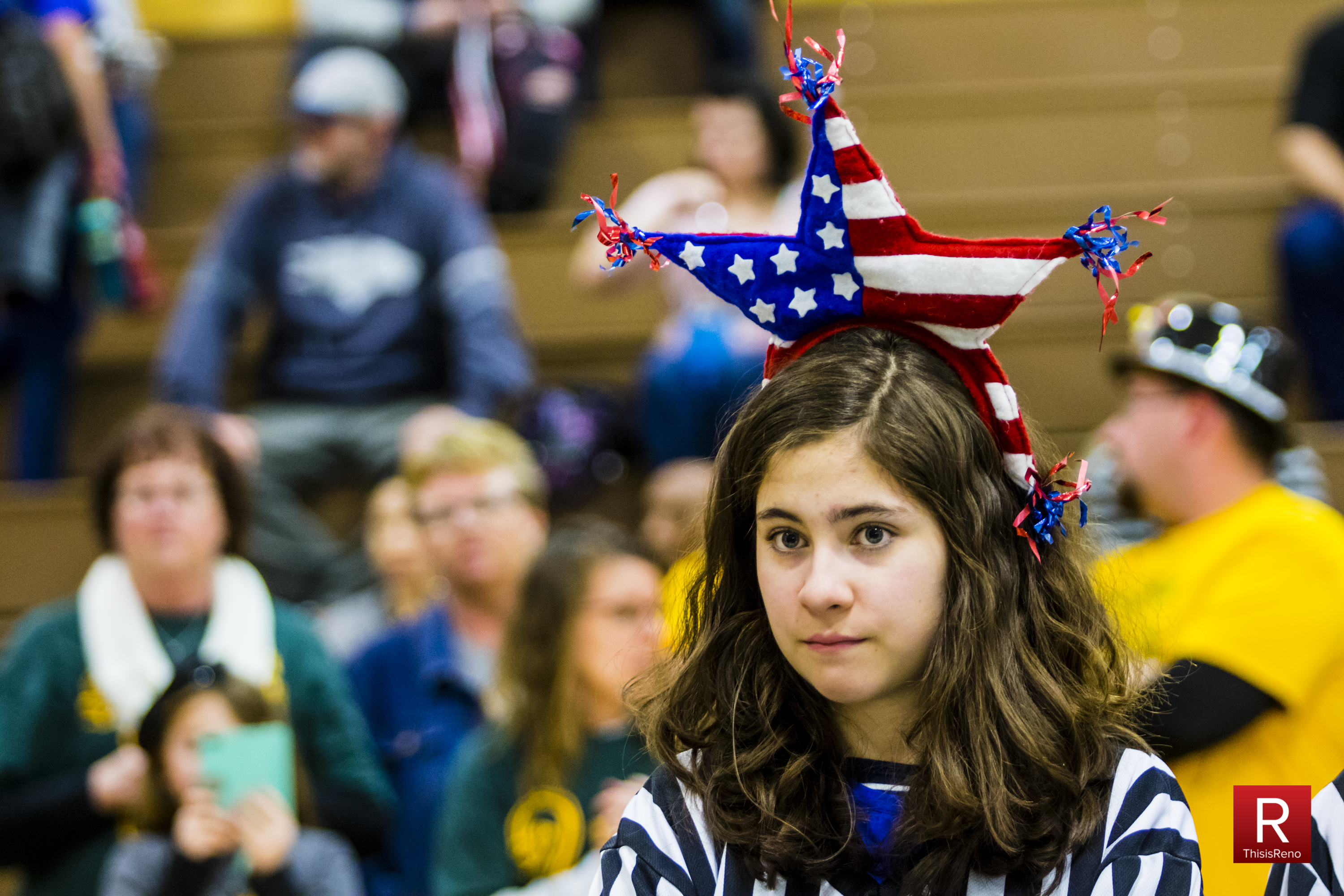 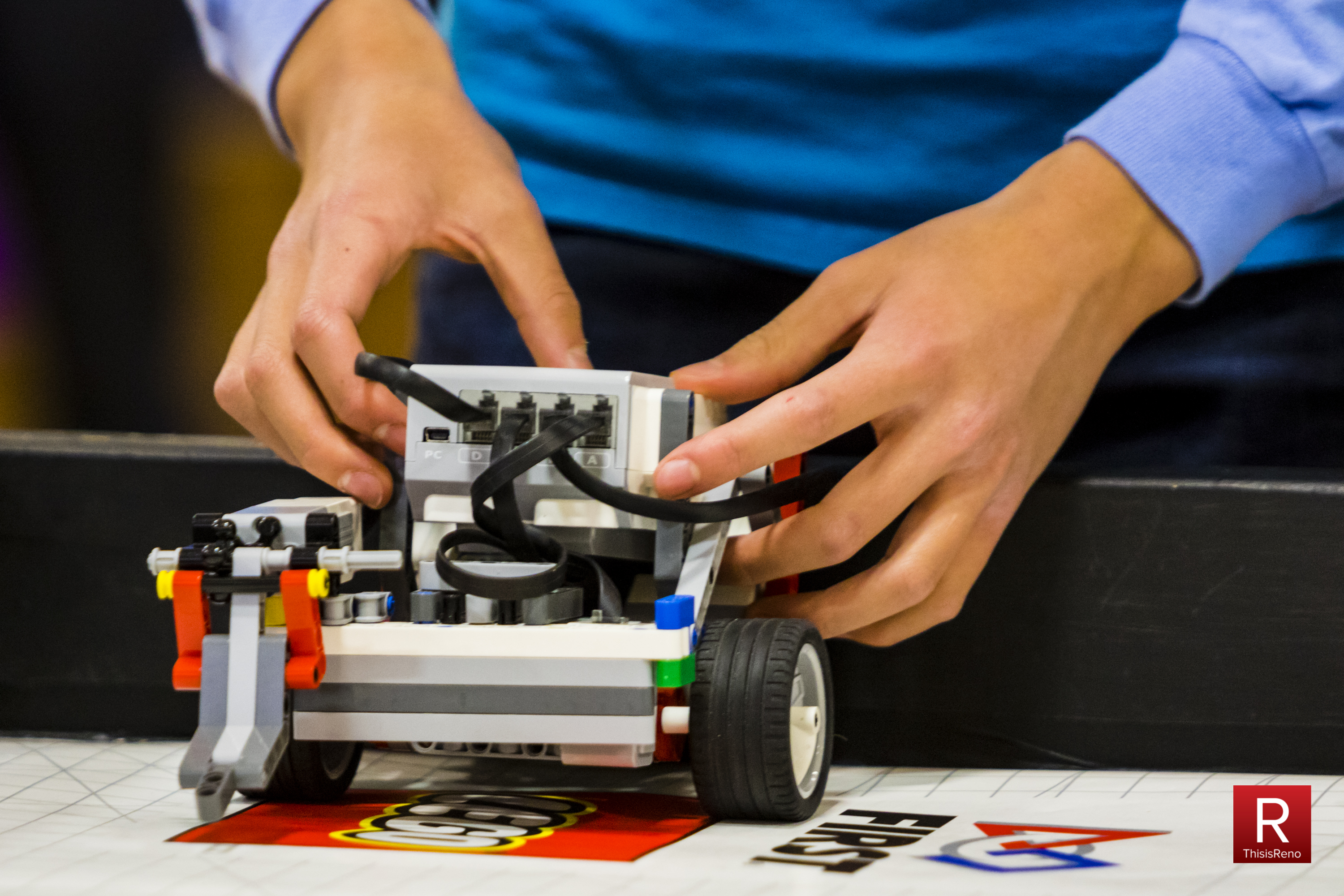 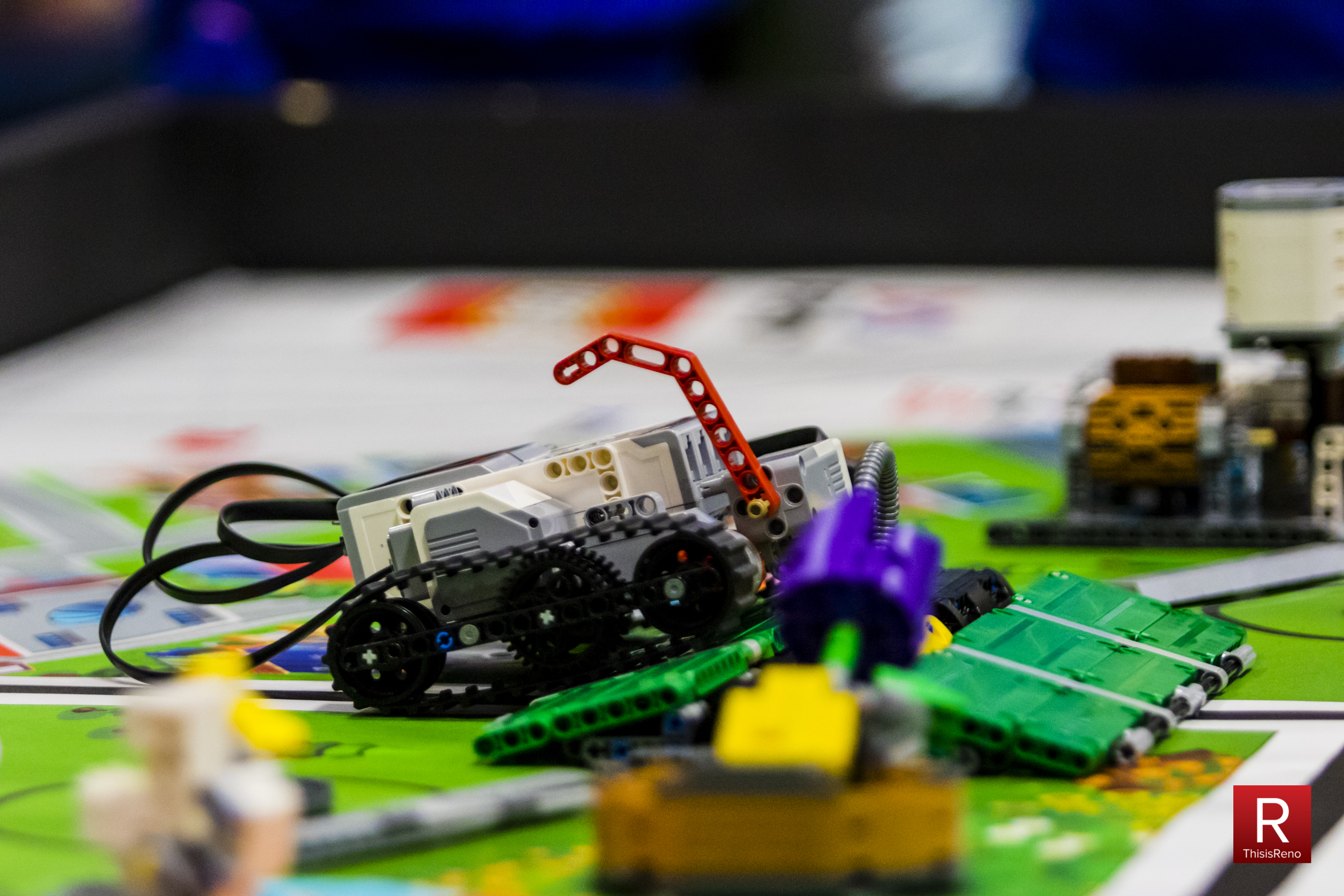 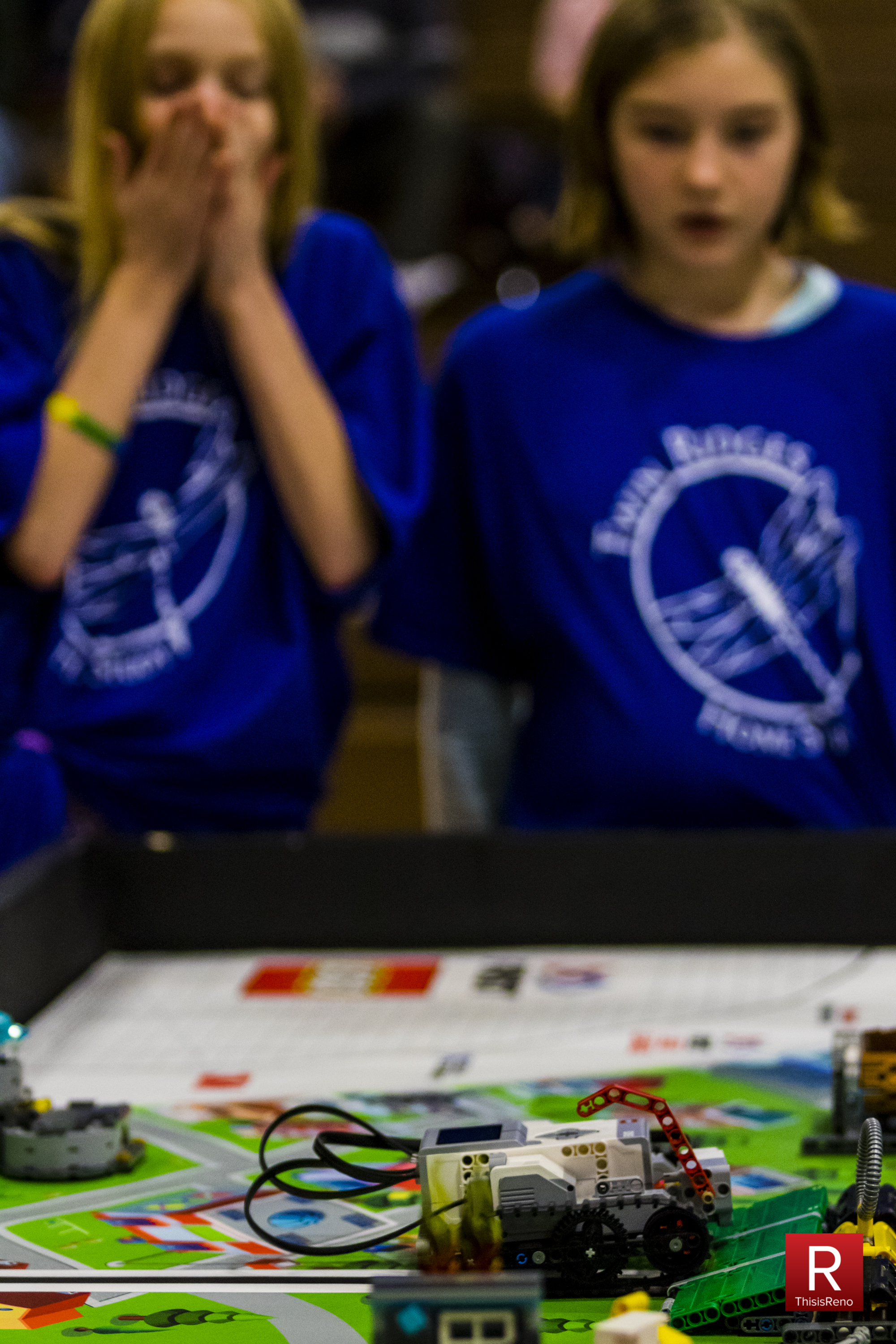 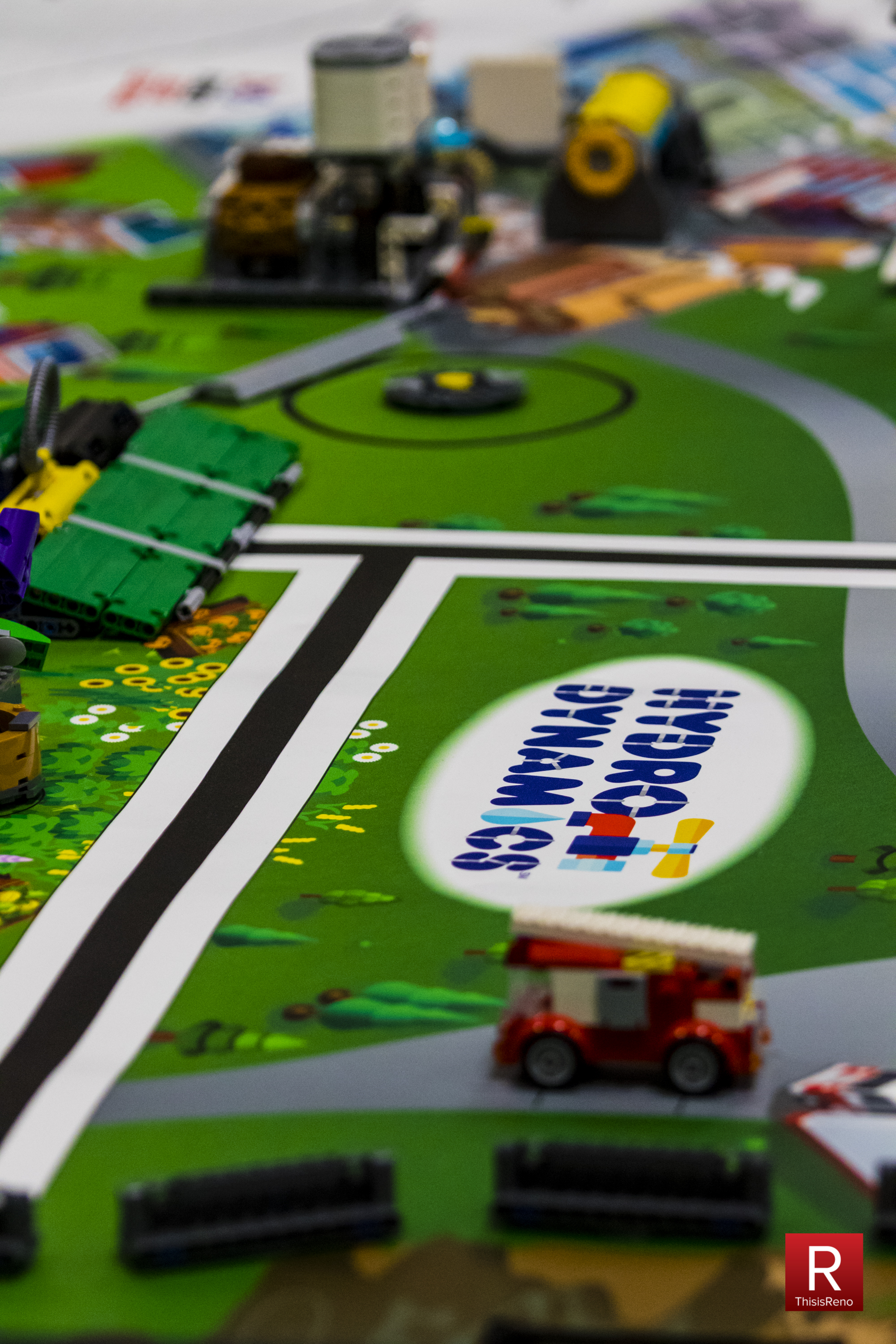 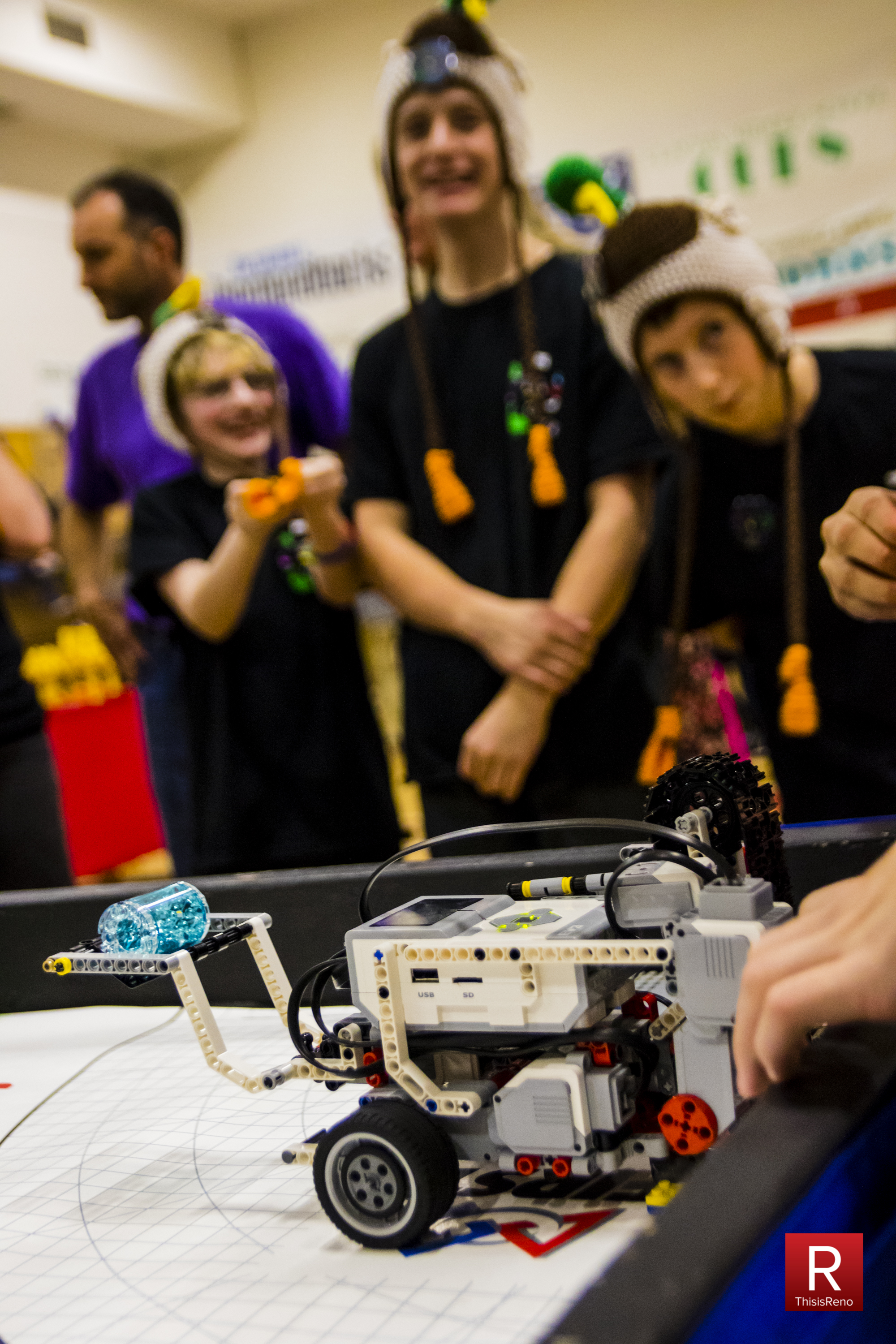 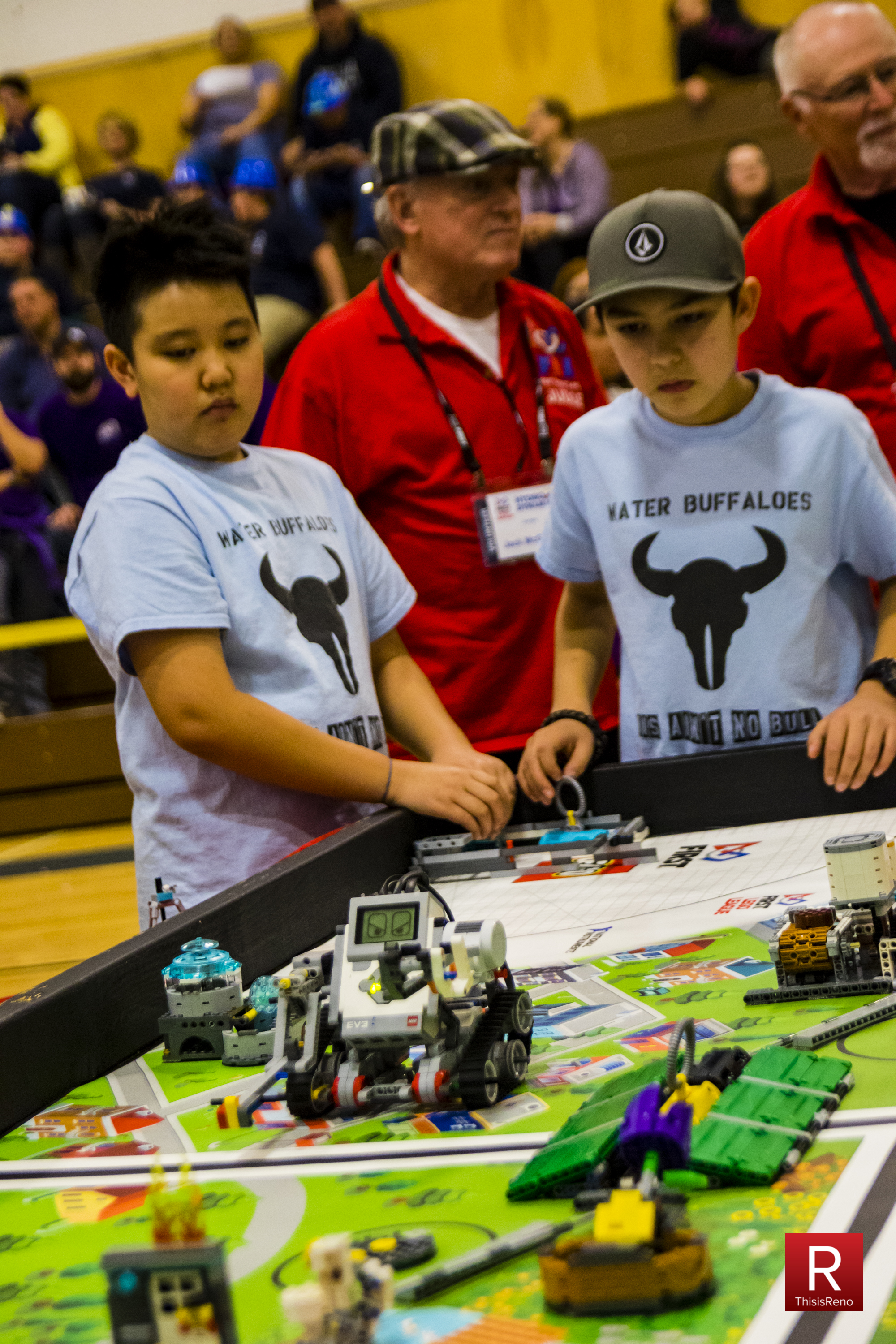 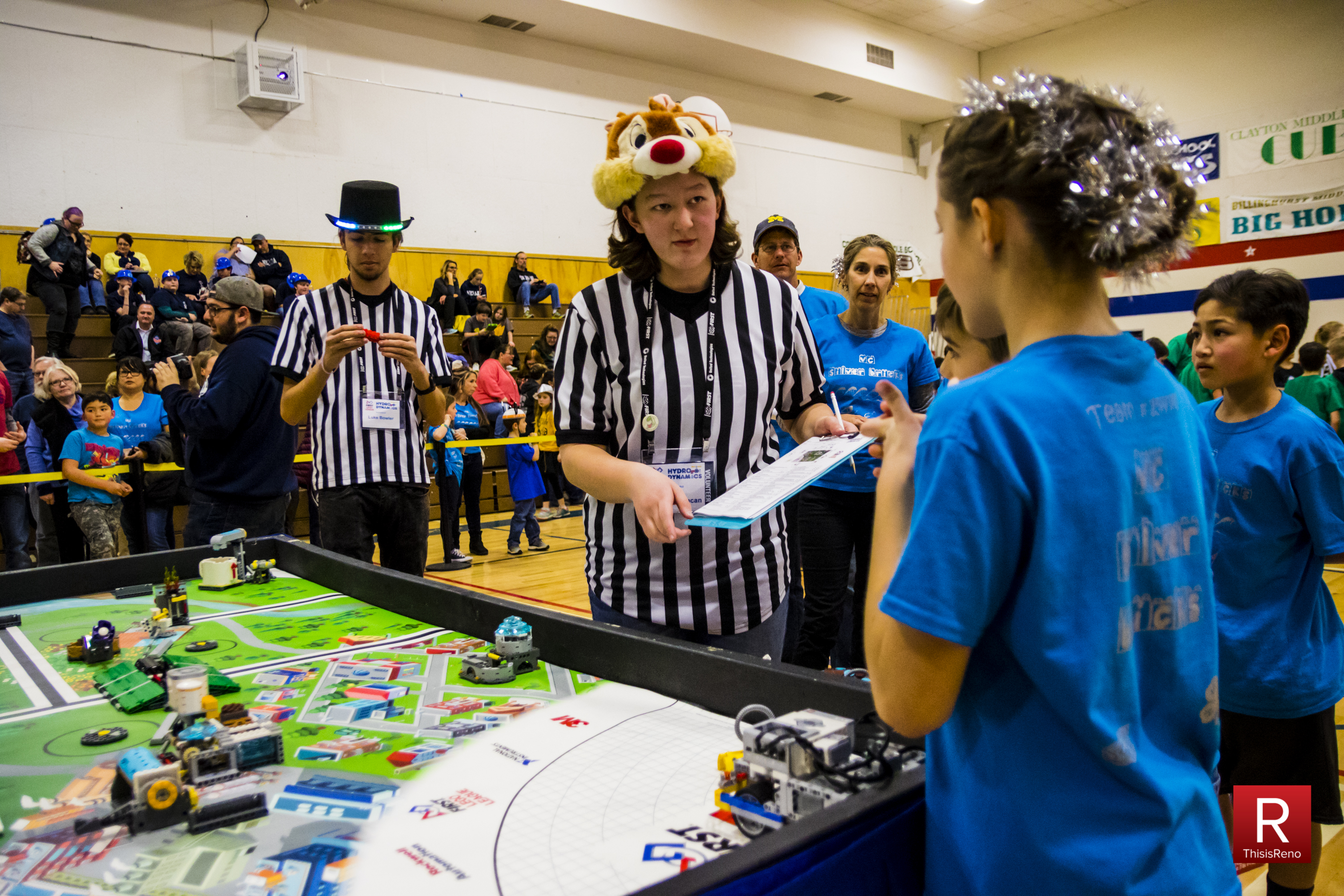 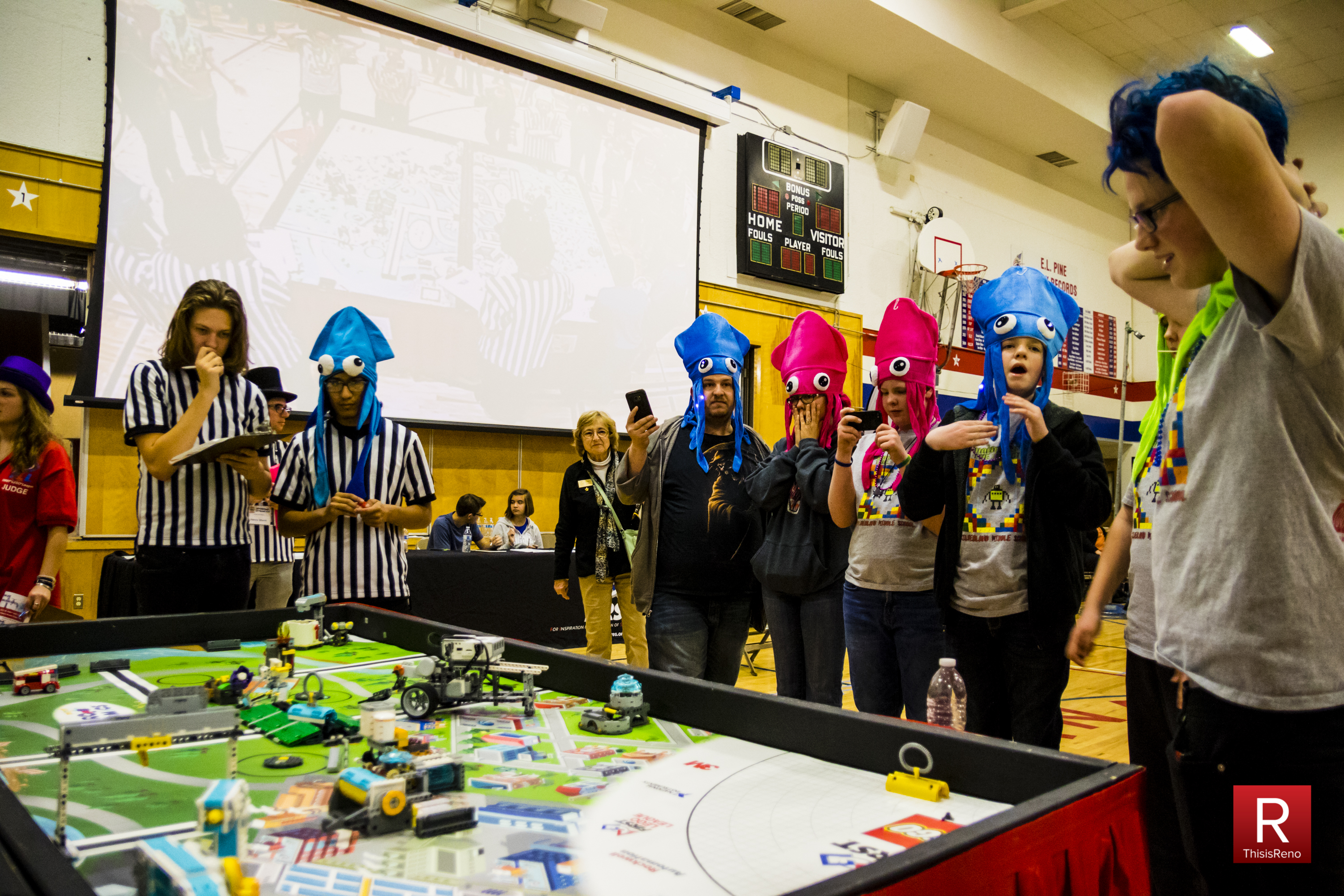 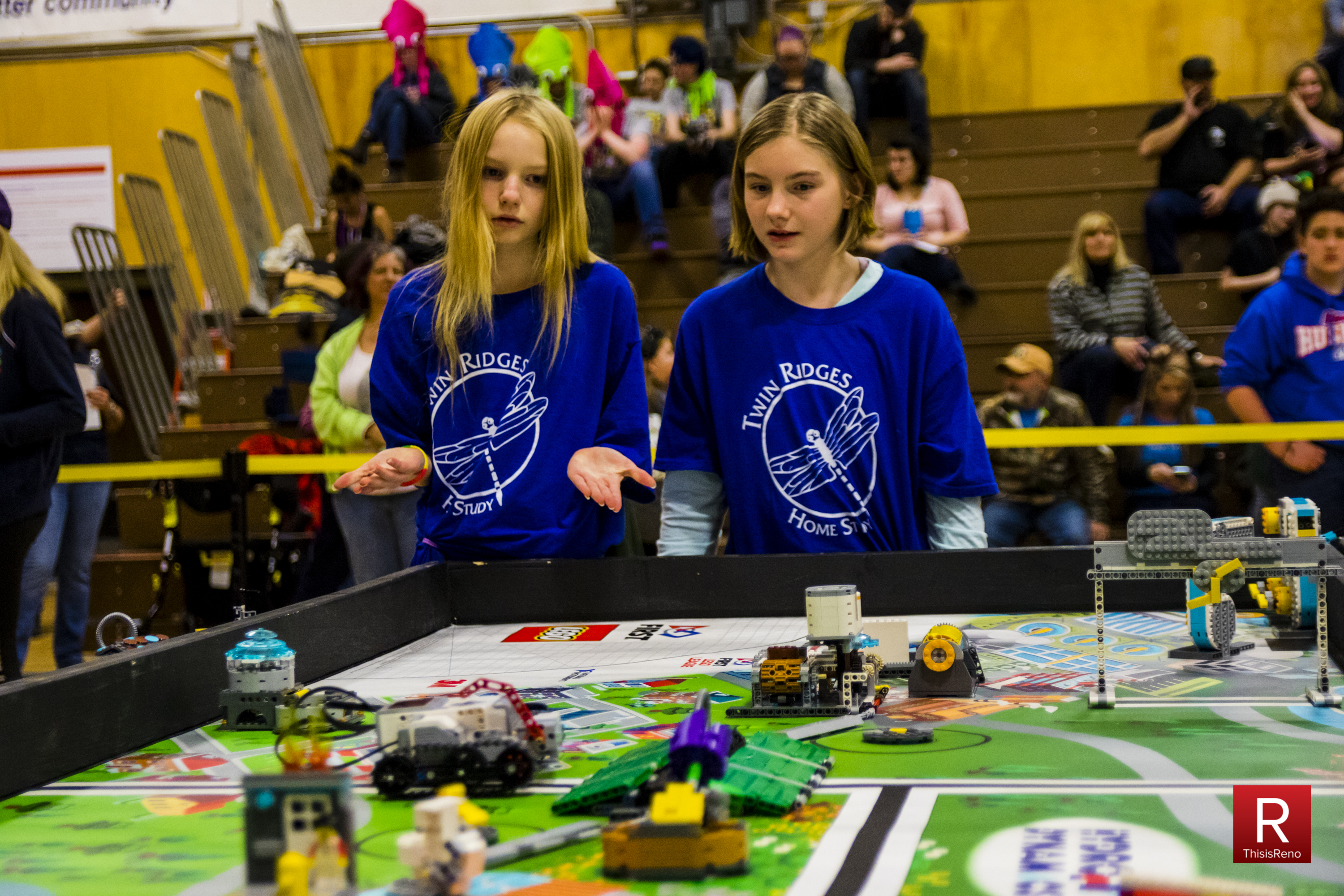 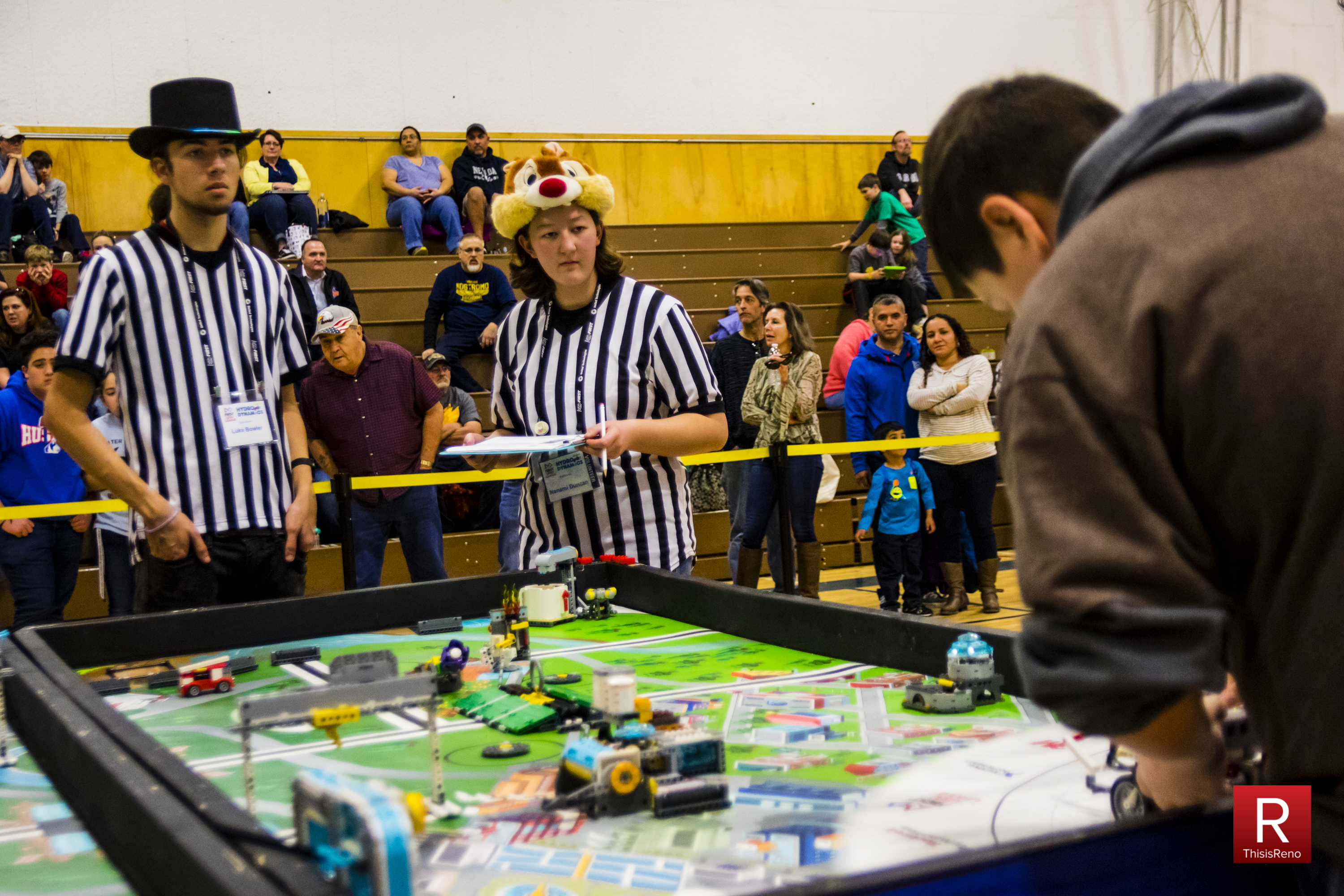 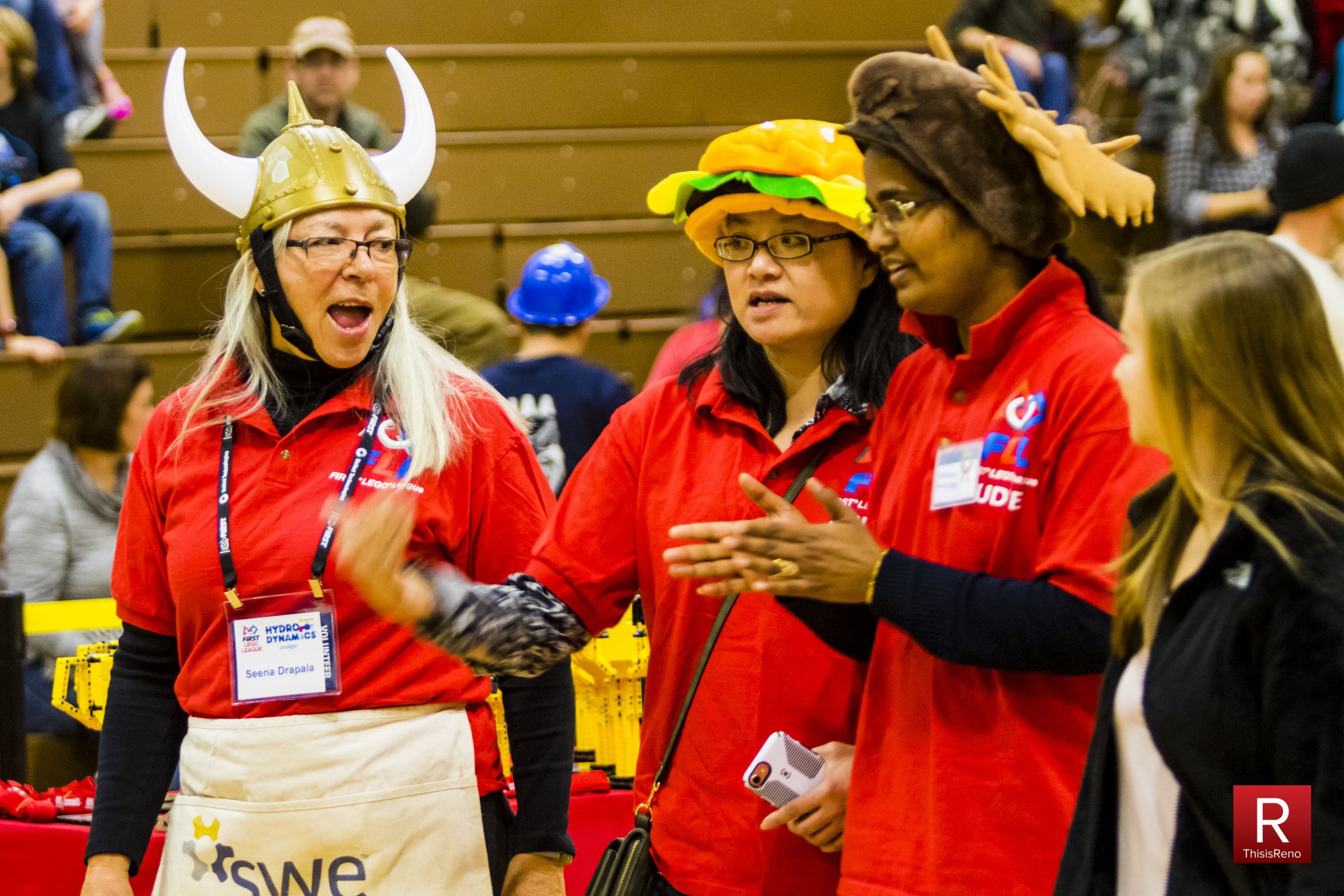 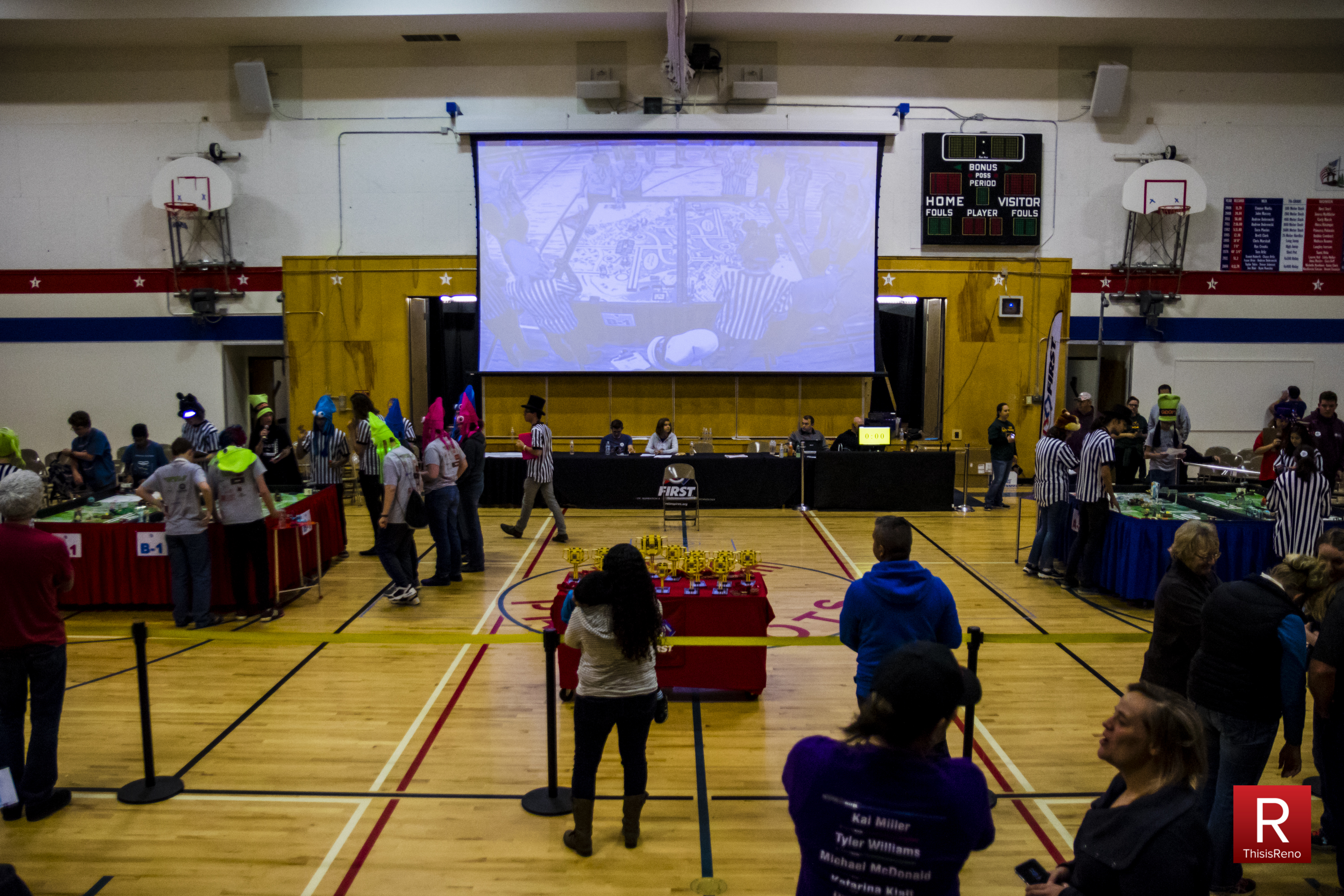 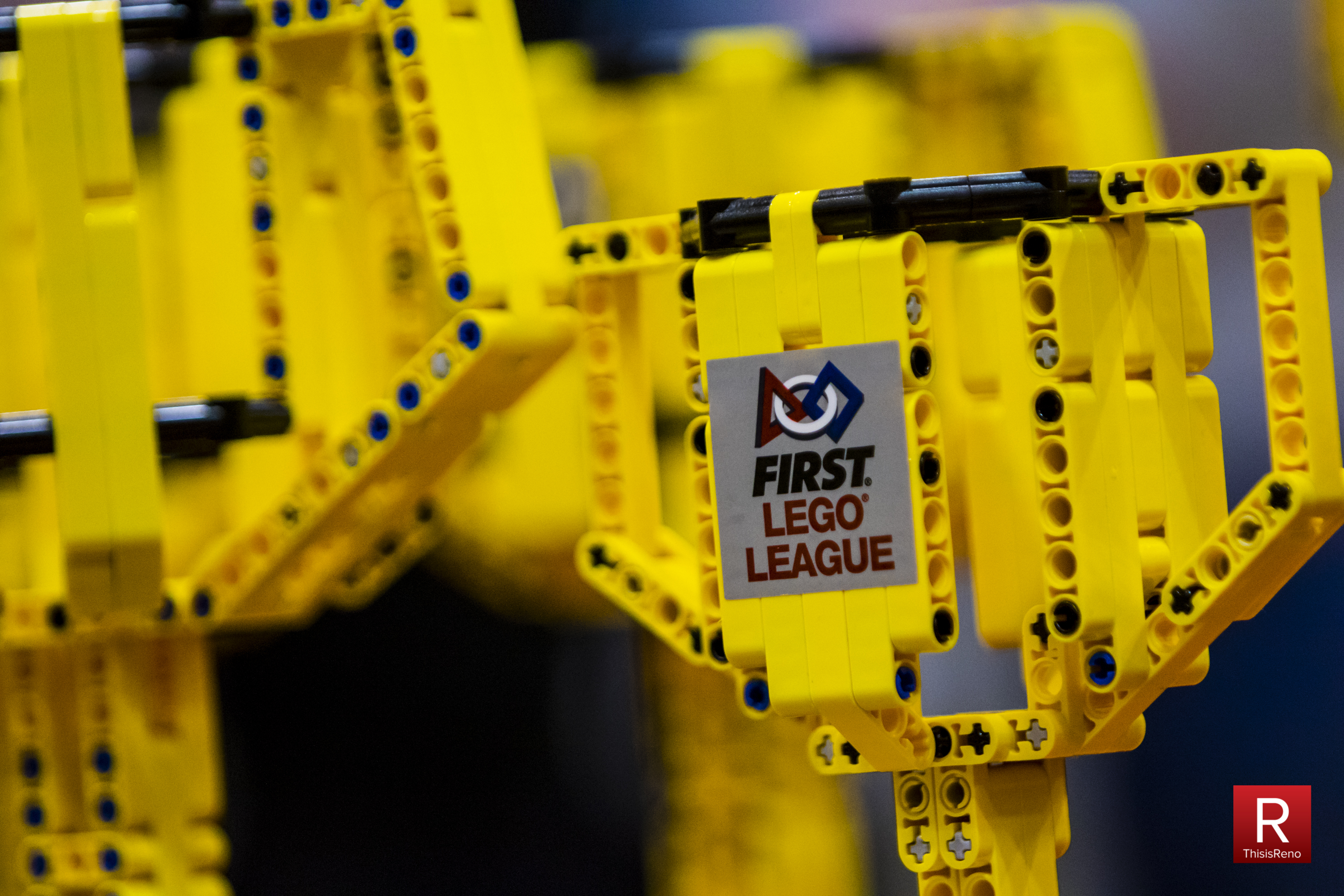 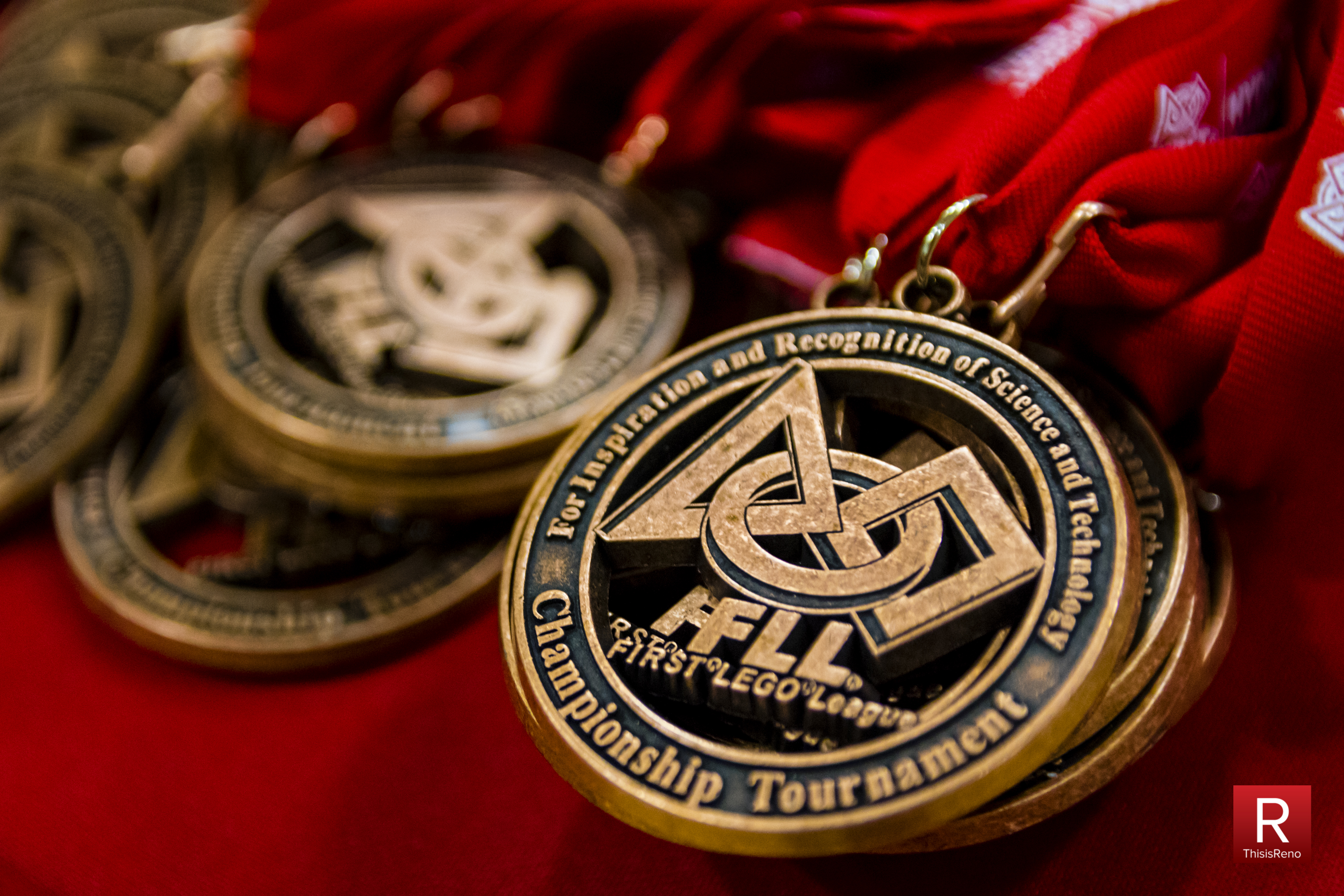 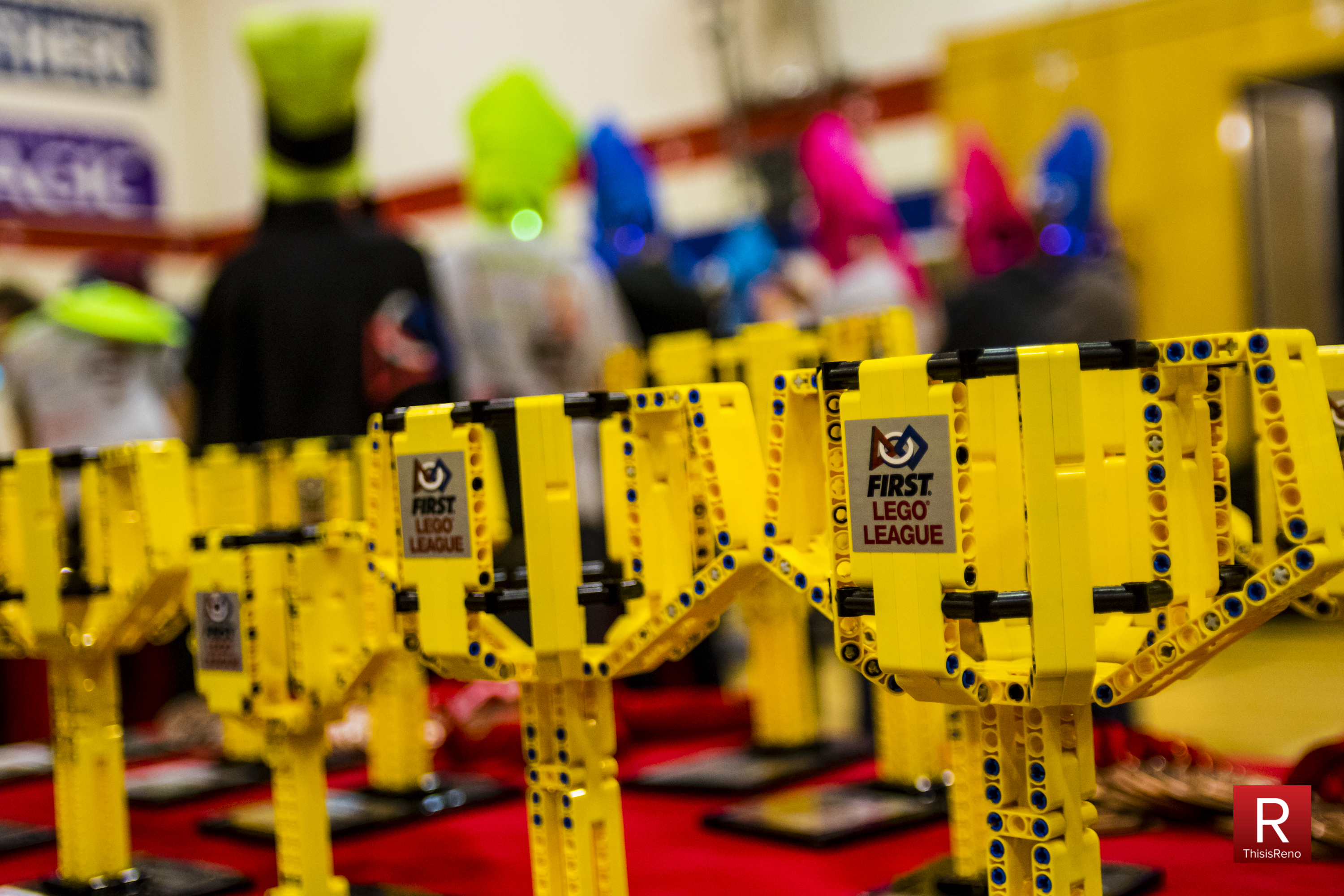