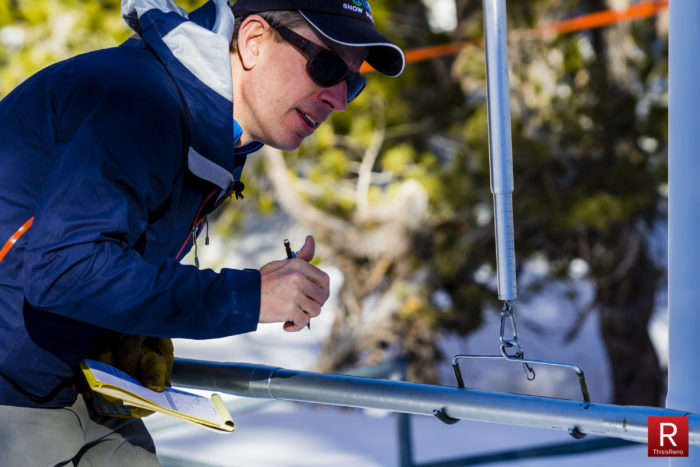 “What a difference a year makes. The New Year’s 2018 snowpack is grim,” said Jeff Anderson, NRCS Nevada State Hydrologist. “Other winters have started off slow and ended up with a normal snowpack by springtime, but with each passing dry week, that is becoming less likely.”

Precipitation has been limited, Anderson added, and since the first of the year there’s only been one atmospheric river storm to cross the Sierra.

“Western Nevada especially relies on these potent Sierra storms for most of its precipitation and snow each year,” Anderson explained. “Years with median to above median snow typically have five or more atmospheric rivers per winter. Drought years, like 2015, may only have a couple. To date, this winter is headed in the wrong direction.”

Decoy coyote in SE Reno being confused for stranded dog