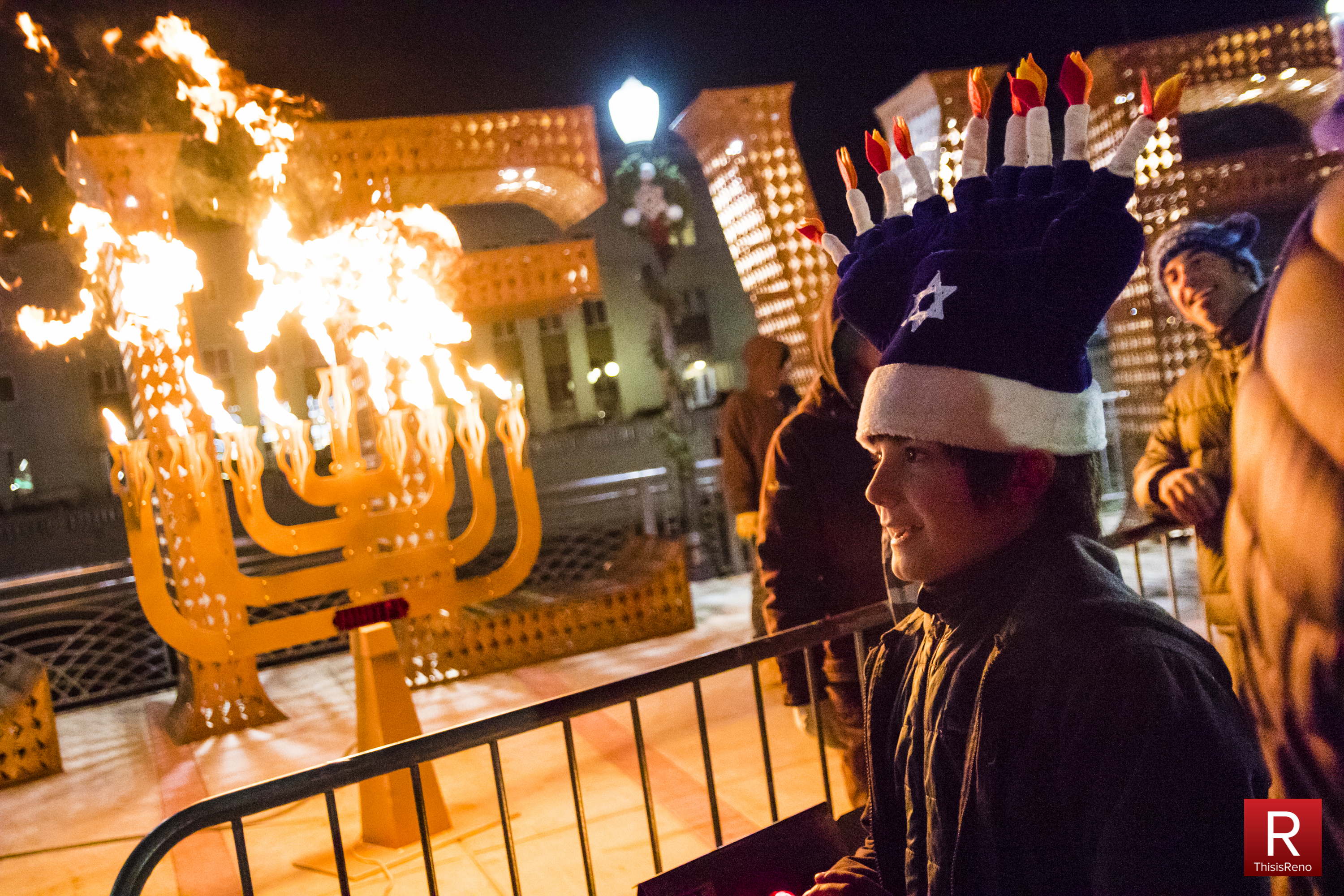 Rabbi Mendel Cunin and his wife, Sarah, presented the custom made, propane powered menorah which was created in eight days at The Generator, aligning with the number of candles on a menorah. They were also presented with the 150 Year Anniversary Medal by Reno Councilwoman Naomi Duerr.

It seems all local events need a little Reno twist and this one came in the form of the menorah’s special feature. A big red button on the stand when pressed changed the foot-high flames to giant towers of fire accompanied by the whooshing sound of the flames.