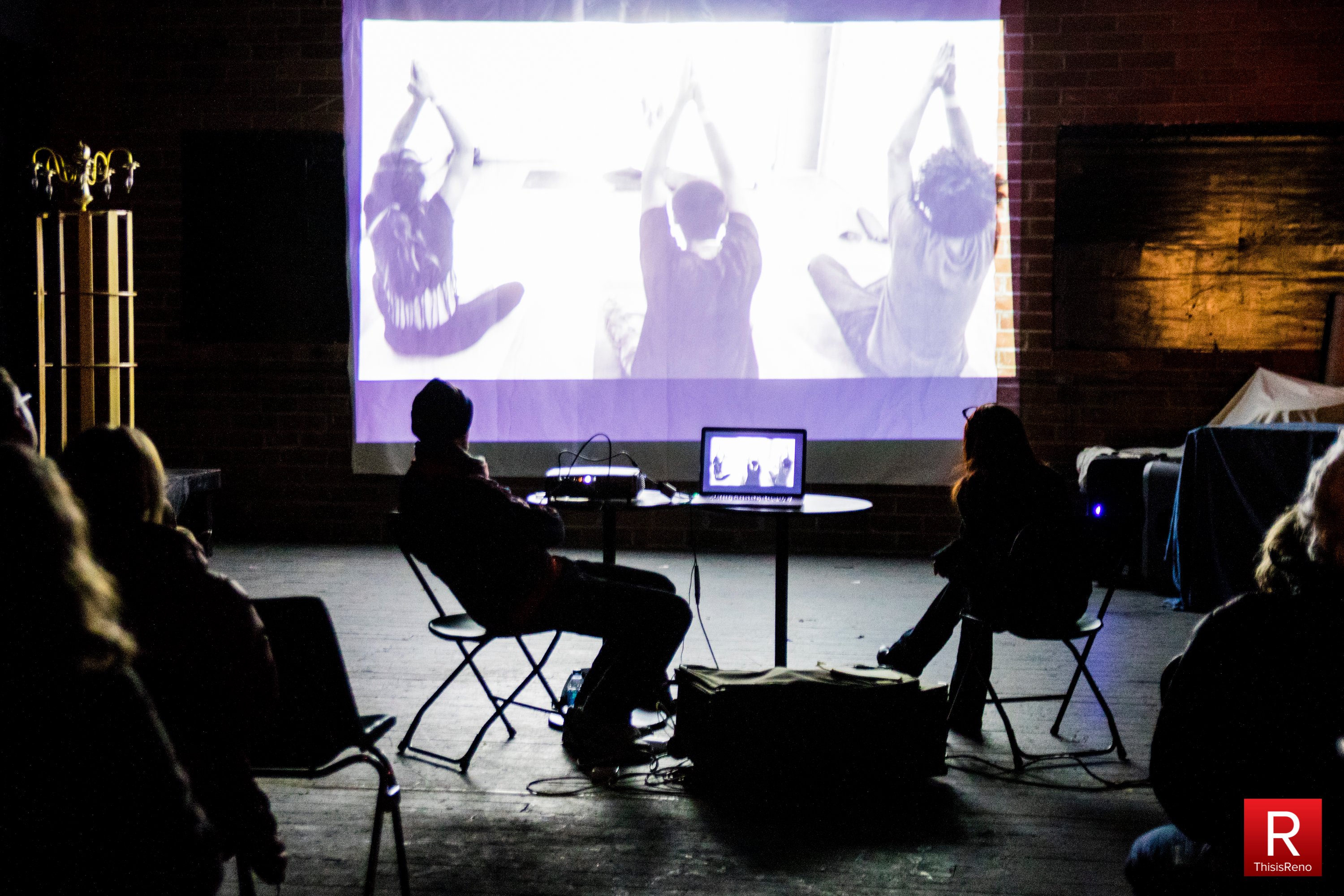 Two short documentaries focusing on youth homelessness in Reno were screened Wednesday night at the Potentialist Workshop gallery and studio.

(The word youth in this context describes people between the ages of 18-24. Anyone under the age of 18 is considered an unaccompanied minor, which is illegal in Washoe County.)

“Help at the Circle,” a 17-minute short documentary from director Nico Colombant, was screened first and told the story of the Homeless Youth Point in Time Count. The count is a 24-hour period in January when youth homeless are counted. A temporary facility is set up to provide free needed items including jackets, backpacks, and sleeping bags to youth homeless. In turn, local nonprofits can get a better understanding of the numbers of youth homeless in Reno. A handout provided to attendees at the screening showed an increase in homelessness since 2014.

Much of “Help at the Circle” followed Meredith Tanzer of Our Center who with volunteers to manage the count. She was on hand for the screening and at the end shared that she was honored and grateful for Nico Colombant and his efforts on the film.

The second film, “#thisishomelessness,” followed efforts by the Urban Lotus program to bring yoga and mediation to homeless youth. One particularly touching part of the film was an interview with a girl who, after a struggle with methadone, found that yoga helped her with both her physical and mental pain. One of the recurring elements in the film was that both yoga and meditation don’t have labels like good or bad and both gave youth something they could focus on for bettering themselves.

An informal panel discussion with local youth homeless nonprofit leaders followed the film screenings. Tanzer and Michele Gehr of The Eddy House took many of the questions. Gehr discussed the need for a youth-specific 24-hour drop-in shelter. There are a number of safety concerns for youth homeless, especially with regards to older homeless men. She also noted that 71 percent of youth homeless in the area are from Washoe County making it a local issue.

One attendee asked what the community could do to help, and the simple reply was: money. Existing operating costs and a need to expand services and resources all cost money.