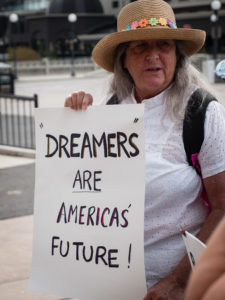 Leaders in Nevada’s System of Higher Education (NSHE) have joined with higher education leaders across the nation as part of the newly-launched Presidents’ Alliance on Higher Education and Immigration.

In a show of solidarity, Chancellor Thom Reilly and all eight presidents of NSHE’s public higher education institutions have signed on to the alliance in support of its efforts to urge legal protection for undocumented “Dreamers” brought to the United States as children.

“We are thrilled to be part of this collective, nationwide effort urging legislation to support our immigrant, undocumented, and international students,” Reilly said in a statement. “While the initial undertaking of the Alliance is to call on Congress to find a permanent solution to protect our DACA (Deferred Action for Childhood Arrivals) students, we also support its long-term efforts for immigration reform. We want a welcoming, supportive, and inclusive environment for all our students.”

The alliance was launched last week by a founding group of more than two dozen leaders of public and private universities and university systems across the country, as well as liberal arts colleges and community colleges.

As declared its founding statement, the alliance “is dedicated to increasing public understanding of how immigration policies and practices impact our students, campuses and communities,” and aims to “educate the public and policymakers about the value and contributions of international and immigrant students and scholars to our campuses, communities, and nation.”

ON THE WEB
Alliance on Higher Education and Immigration: www.presidentsimmigrationalliance.org