By Carla O'Day Published: November 15, 2017Last Updated on June 26, 2022
A sketch of a possible design for the new middle schools in Sun Valley and Spanish Springs. Image: WCSD

Washoe County School District is asking the public to help it name a middle school scheduled to open on the north end of Sun Valley in fall 2019.

Submissions are being accepted online through Nov. 28 at
https://www.washoeschools.net/cms/module/selectsurvey/TakeSurvey.aspx?SurveyID=337

Nomination forms ask submitters about the nominees’ role in education, how they impacted children, and how they served the public. If suggesting a regional name, those submitting are asked to provide geographic significance. The district’s School Naming Committee members then rate each submission based on one’s role in education, impact, public service, history and geographical significance, and contributions to the community.

The 1,400-student capacity middle school will be built on Bureau of Land Management property and modeled similarly to south Reno’s Depoali Middle School. It will house sixth through eighth graders.

The Naming Committee is scheduled to meet Dec. 6 to narrow the Sun Valley list to 10 and to narrow the Spanish Springs-area middle school list from 10 to three.

Also scheduled to open in fall 2019, the Spanish Springs school is between David Allen and Kiley parkways and has the same design as the Sun Valley school. Naming submissions were accepted for that school between late September and mid-October. A final name for the Spanish Springs school is expected at the Dec. 12 trustees meeting, district spokesman Riley Sutton said.

Once the School Naming Committee selects up to 10 semifinalists for the Sun Valley school, it’ll collect public feedback. It’s then expected to name up to three finalists in January. A name for Sun Valley would then be finalized by trustees shortly thereafter, Sutton said. 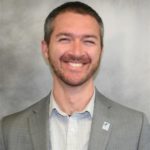 “We want to see as much participation as possible,” Sutton said. “This is 100 percent community driven.”

Naming schools can be an emotional process, especially when the public shares personal stories about an individual, and the hardest part is that only one is selected, Superintendent Traci Davis said.

The district’s Board of Trustees on Tuesday named a soon-to-be-built elementary school in south Reno after late educator Nick Poulakidas. Others in the running were the late Reno police officer John Bohach and retired educator Ann Jones Carlson. Supporters of all three candidates spent hours making their case to the board.

“It’s great to see the community come out and advocate for their candidate,” Davis said. “We value community input.”

School logos, mascots and colors are selected after a principal has been appointed and the input of students who are zoned to attend such schools has been considered, Davis said.

The 11-member naming committee is made up of one district representative selected by the superintendent, seven members of the public (one from each trustee district), one high school student, and two at-large members. Terms are staggered and expire in either June 2018 or June 2019.