RSCVA Aims to Expand Convention Center, Get Out of Facilities Management

Relinquishing facility management to an outside firm would allow the Reno-Sparks Convention and Visitors Authority to spend more time focusing on selling the area to tourists and attracting conventions, CEO Phil DeLone told the board Wednesday.

Board members authorized the issuance of a request for proposals for the professional management and operation of RSCVA facilities.

The board also agreed to authorize RSCVA staff to seek a consultant to prepare a feasibility study regarding the market, characteristics, cost, and funding of expanding the Reno-Sparks Convention Center, 4590 S. Virginia St. DeLone estimated such study would cost between $80,000 and $100,000.

The Nevada Legislature would need to approve expansion of the 52-year-old convention center and lawmakers would require a feasibility study, DeLone said. Such study is also required for any bonding. 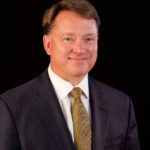 DeLone said proposals from companies can be expected during the first quarter of 2018 and that facilities would be under control of the selected firm before the convention center is expanded.

“Expansion is a long-term process,” DeLone said. “There are a lot of hurdles: feasibility, funding, design, selling it, and when the doors open. That takes a number of years.”

Tentative suggestions for the 650,000 square-foot convention center include expanding exhibit space by 225,000 square feet and putting an additional 75,000 square feet of meeting rooms on a second level. A parking garage is also under consideration.

DeLone told the board that trade show organizers have said they’re considering moving events elsewhere because Reno’s space is too small. Others have mentioned the potential inconvenience of having to use outside facilities at various hotels to run breakout sessions.

When discussing management, DeLone noted many cities Reno competes with for convention business use outside firms to manage facilities. For instance, the Calvin L. Rampton Salt Palace Convention Center in Salt Lake City and the University of Phoenix Stadium in suburban Phoenix are run privately.

“Do we have any understanding about how much capital this might clear up?” board member Vick Wowo asked.

DeLone said he’s not sure but the company would work with the RSCVA.

“These firms all charge a basic management fee to cover expenses and they’re all incentivized to increase net revenues and income and decrease expenses,” DeLone said. “Will they save us money initially? I don’t think so. The benefit will come from increasing business levels and ways of looking at cost controls.”

More information would be available once proposals were reviewed, board members said.

“It’s going to take some vetting,” Rick Murdock said. “You might not save money right away.”

This issue of outside management was discussed in 2005 and was unpopular, DeLone said. RSCVA’s core mission of promoting the Truckee Meadows and Lake Tahoe has gotten away from it as staff gets burdened with facility management, he said.

Nobody currently working at RSCVA facilities would be expected to lose their jobs because they’d likely be retained by the management company, DeLone said.