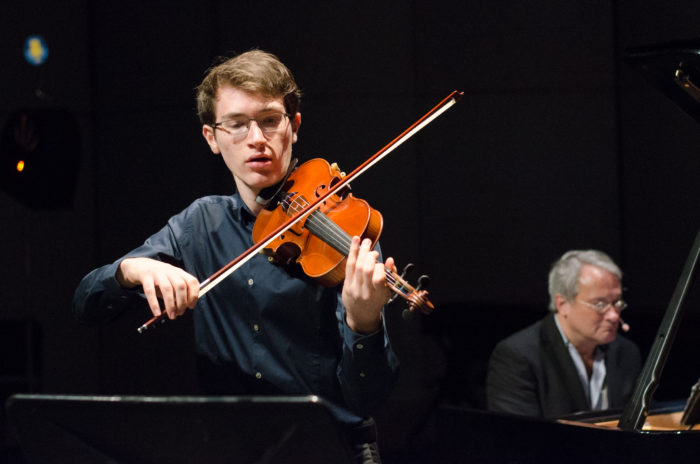 The episode was taped before a live audience at the Pioneer Center for the Performing Arts on September 10, 2017, in partnership between the Reno Phil and KNCJ/KUNR.

Oliver is a senior at the Davidson Academy of Nevada. For the past two summers, Oliver has attended the Academy for Gifted Students at Freiburg Conservatory in Germany as a student of Professor Simone Zgraggen.

He is a two-time grand prize winner of the Reno Phil Youth Orchestra Concerto Competition, and is a member of the Reno Chamber Orchestra and the Artemisia Chamber Ensemble. Outside of the violin, Oliver placed fourth in his category at the Intel International Science and Engineering Fair (ISEF) for a project on renewable energy, and enjoys skiing, running, and playing tennis.

On the broadcast, Oliver performs I. Allegro assai from the Sonata for Violin and Piano No. 8, Op. 30, No. 3 by Ludwig van Beethoven and III. Perpetuum mobile. Allegro from Violin Sonata No. 2 by Maurice Ravel with Christopher O’Riley, piano.