Washoe County School District trustees on Tuesday voted unanimously to name its next elementary school after the late Nick Poulakidas.

Scheduled to open in fall 2019, the school will be in the South Meadows area near the Corona Cyan subdivision on land donated by the subdivision’s developer. It’s expected to relieve overcrowding at Brown and Double Diamond elementary schools.

Several teachers who worked under Poulakidas told the board he was a person of character, someone who got things done, and a good listener who followed through.

Other finalists were John Bohach and Ann Jones Carlson. 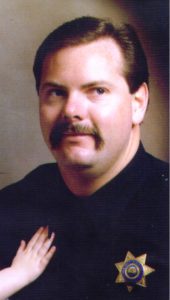 Bohach was an officer with the Reno Police Department for 13 years, spending much of his time as a detective in the Juvenile Crimes Division. He was shot and killed in the line of duty in 2001.

Several supporters of Bohach noted Bohach’s commitment to making sure children got justice. Bohach’s mother and daughter also addressed the board, as did Reno Police Chief Jason Soto.

Carlson supporters noted that mentoring students has been her life’s work.

Trustees noted all finalists were deserving but opted to go with the School Naming Committee’s ranking.

The district began soliciting names for the elementary school Aug. 1 and more than 200 submissions of at least 80 names were received. The School Naming Committee on Sept. 6 narrowed the list to 10 and on Oct. 16, narrowed it to three and ranked them in the following order: Poulakidas, Bohach, and Carlson. However, Bohach and Carlson’s names will be submitted to the naming committee to be considered for the Spanish Springs area middle school, also expected to open in fall 2019. 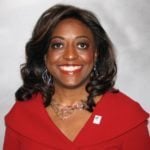 Board president Angela Taylor encouraged the public to remain engaged in the school naming process.

Nomination forms asked submitters about the nominees’ role in education, how they impacted children and how they served the public. If suggesting a regional name, they were asked to provide geographic significance. Committee members then rated each submission based on one’s role in education, impact, public service, history and geographical significance, and contributions to the community.

The 11-member naming committee is made up of one district representative selected by the superintendent, seven members of the public (one from each trustee district), one high school student, and two at-large members. Terms are staggered and expire in either June 2018 or June 2019.