On Tuesday the Board of County Commissioners heard hours of public comment regarding an appeal by local businessman Gail Willey to change a partial permit approval to move his two companies to a property in Pleasant Valley. Willey owns Colorock and Gail Willey Landscaping, both currently located in south Reno near South Virginia and Foothill Road.

The Washoe County Board of Adjustment partially approved Willey’s special use permit on Oct. 5. The operation of a wholesale nursery was approved but two others, construction sales/services and wholesaling storage and distribution, were denied.

County staff reviewed for commissioners the proposal and finding by the Board of Adjustment before a presentation by Willey’s lawyer.

Garrett Gordon, representing Willey, sought to convince the board that all aspects of the business fell under the nursery definition and addressed environmental and community concerns. He assured the board that flood abatement, odor, noise, traffic, construction, and other issues would be resolved. While Gordon exceeded his 10-minute allotted time, board chairperson Bob Lucey allowed him to finish the presentation. 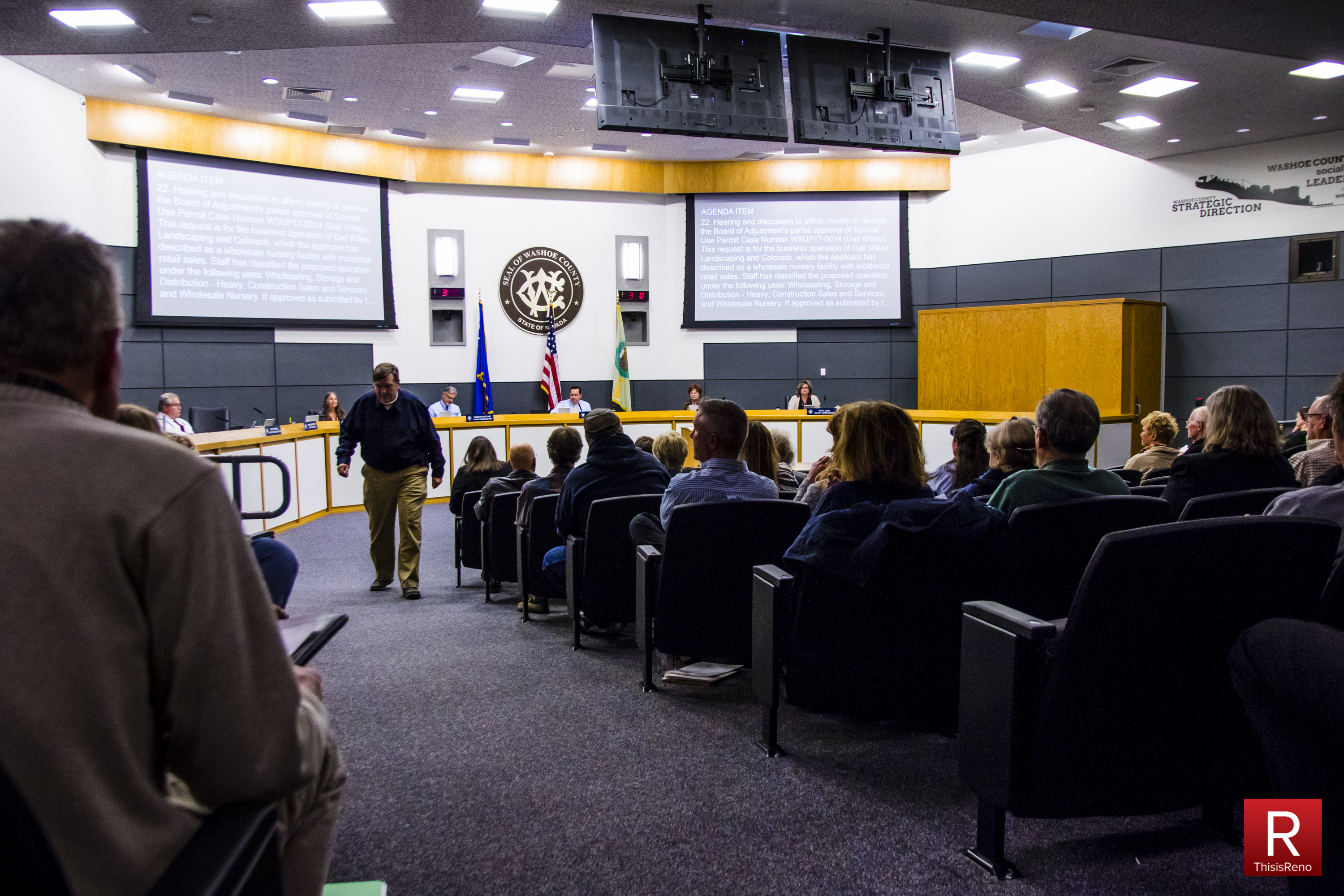 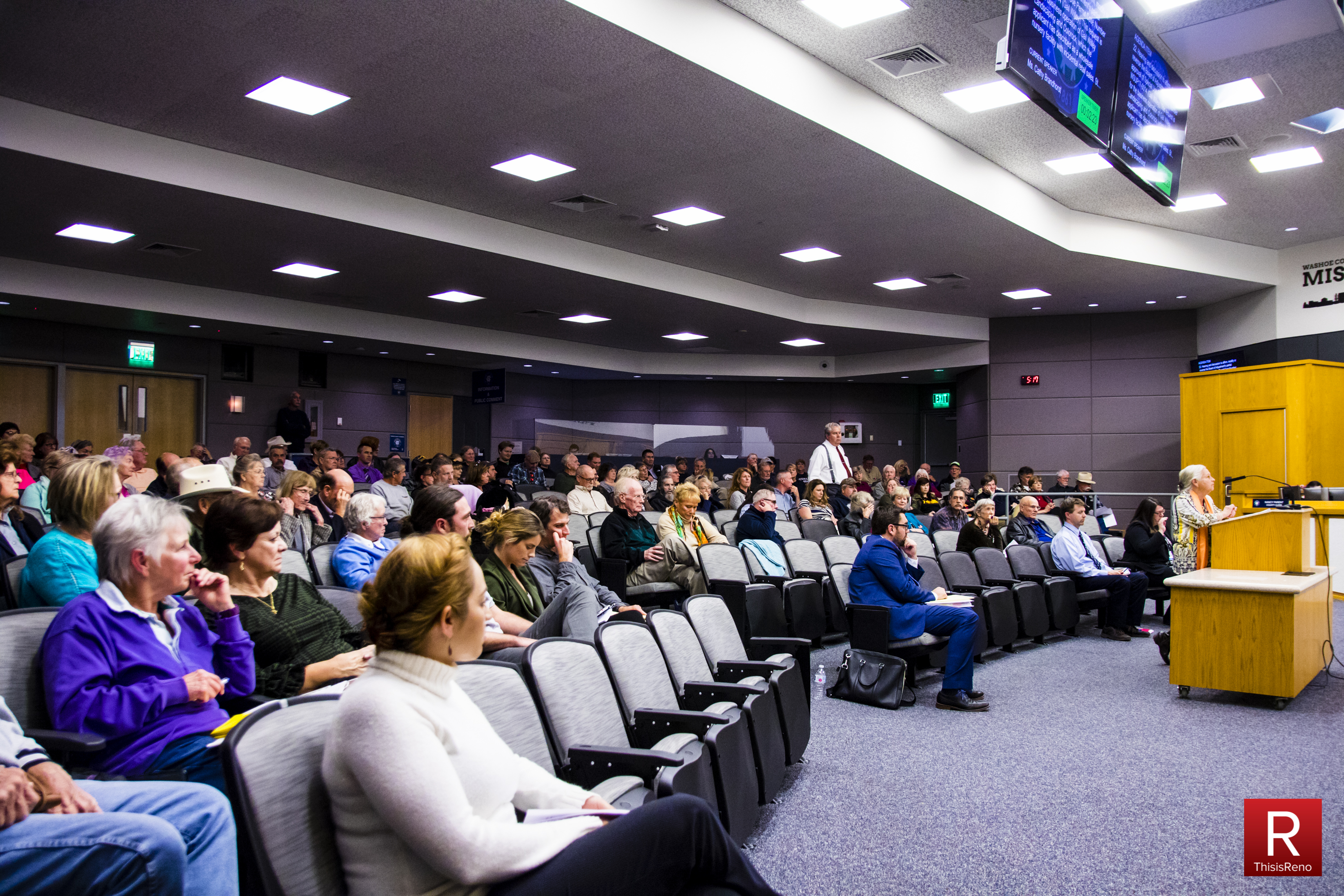 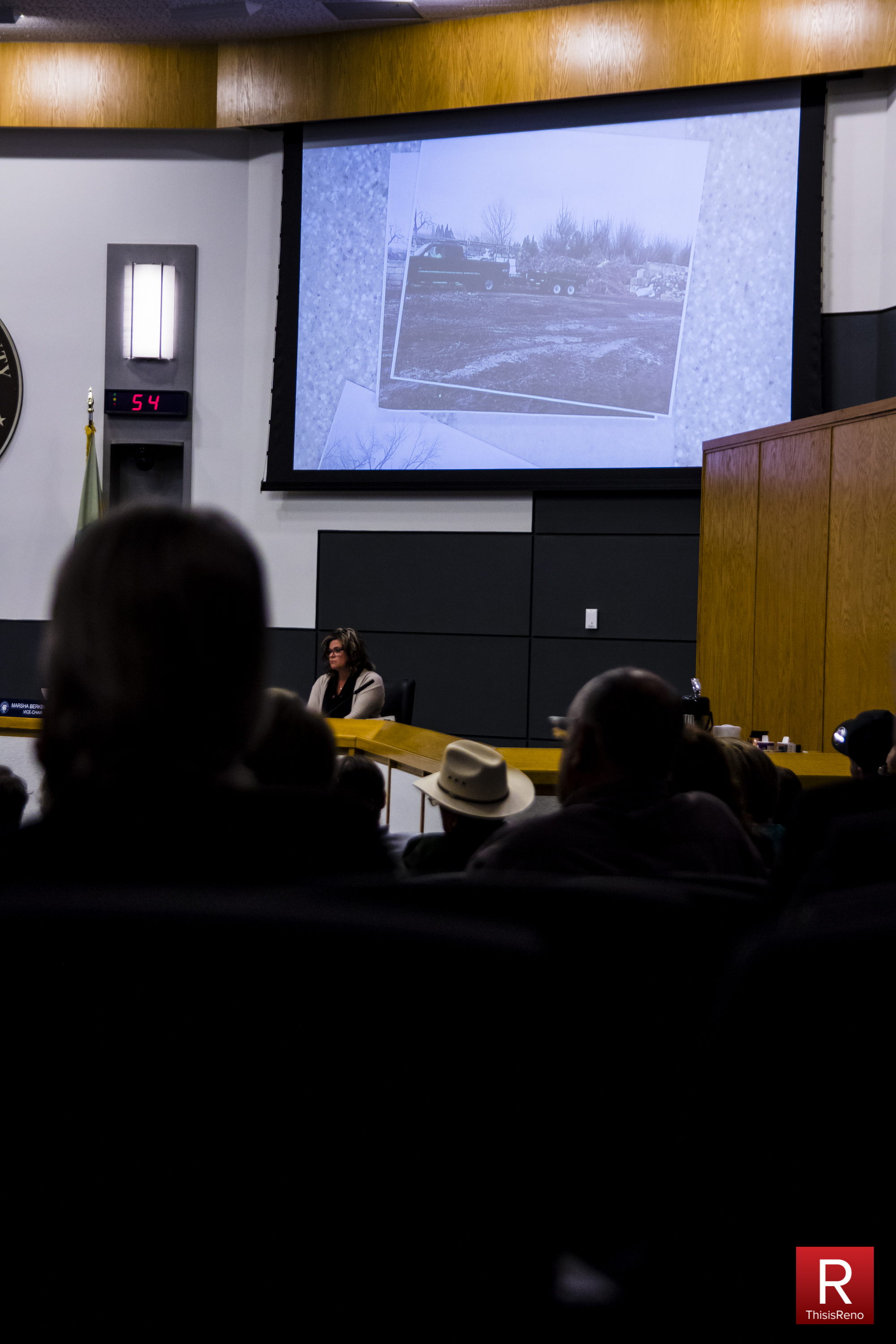 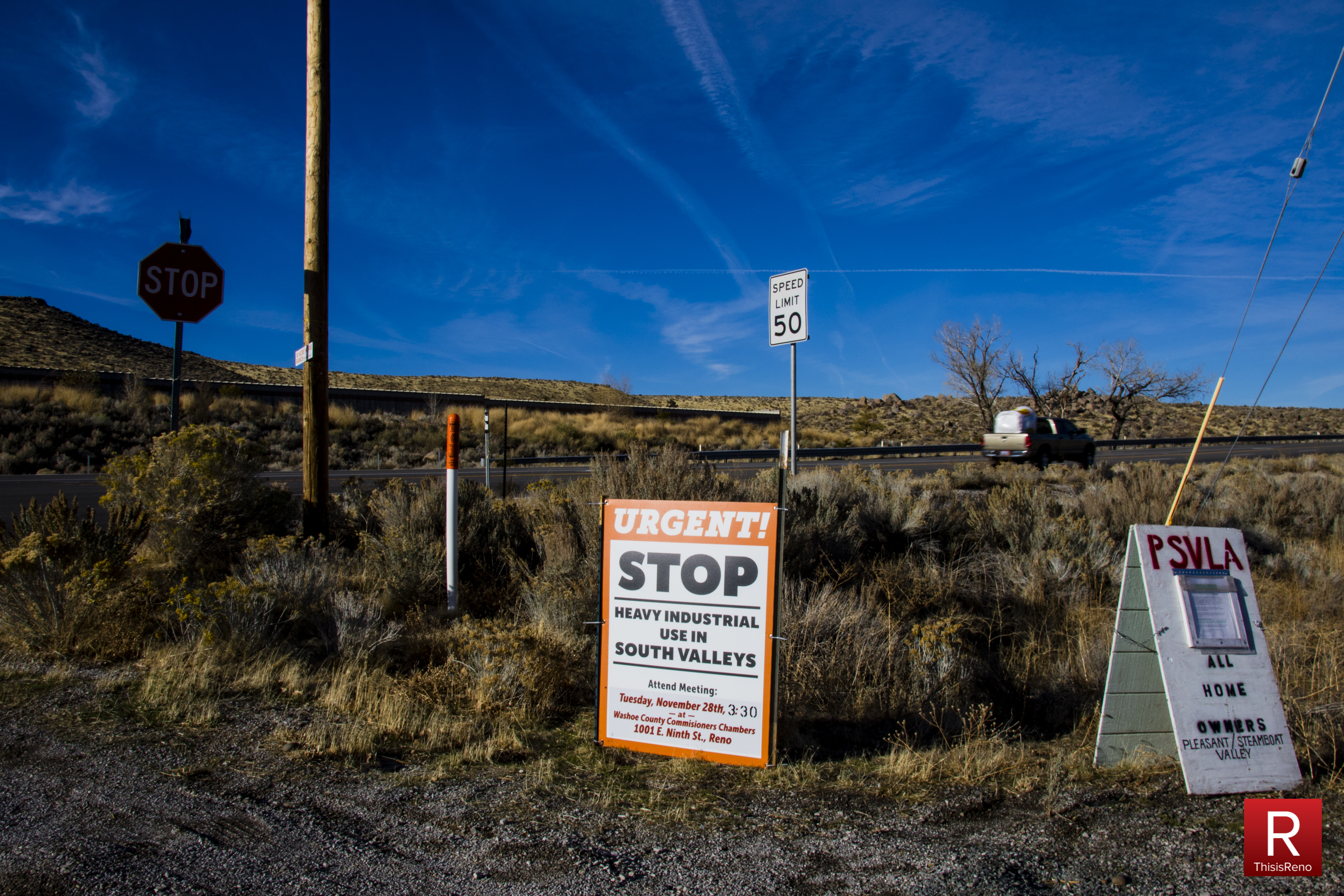 Fifty citizens signed up for public comment, and with a 3-minute time allotment each it would take the board four hours to hear each individual.

The majority of those commenting were residents who lived near the proposed new location of Willey’s businesses. All voiced their opposition to the proposal citing noise, flooding issues, dust, silica, and appearance, among other concerns. Some brought images taken during the flooding earlier in the year while others had their own PowerPoint presentations. Some showed photographs they had taken at Gail Willey’s Landscaping and Colorock businesses pointing out the lack of nursery items and a plethora of heavy machinery.

Perhaps more compelling were comments made by residents who live near Willey’s current business location. Paul Ricciardi and Sue Younker both discussed the constant noise that has disrupted their lives. Younker read aloud a petition she had created and explained that she is unable to take home movies without loud noises, including back-up beepers, in the background. She also referenced issues with horses being spooked by the loud noises, a troubling issue for the many equestrians in Pleasant Valley.

The issue was brought to a vote once public comment had been completed. The Board of Commissioners unanimously upheld the Board of Adjustment’s original findings allowing for a wholesale nursery but denying the sales and construction services and Colorock operations.