Wearing a wig to resemble Colin Kaepernick’s hairstyle, along with a pointed nose and a “Will Stand for Food” sign, a University of Nevada, Reno (UNR) police officer’s Halloween costume went too far, its police chief said Sunday.

The off-duty officer was mocking Kaepernick, a UNR graduate and former San Francisco 49ers quarterback who is currently a free agent.

hey @unevadareno! one of your officers, Antonio Gutierrez, decided to go as a racist portrayal of #Kaep last night. this isn’t ok!! pic.twitter.com/eCnYFcauxn

Kaepernick garnered attention last season for kneeling instead of standing during the Star Spangled Banner prior to games, citing the oppression of minorities.

Some have speculated Kaepernick has been unsigned due to declining performance, while others say he could’ve been blackballed due to his on-field political actions. He announced earlier this month he was filing a collusion grievance against the NFL.

UNR police chief Adam Garcia released a statement, although he didn’t identify the officer by name.

“For those who have seen the Halloween costume of one of our officers apparently mocking a citizen who has chosen to take advantage of his constitutional right to protest, I offer my sincere apologies. Members of our profession are held to a higher standard and denigrating another—on or off duty—is insensitive for its lack of respect and lack of understanding on how others may negatively view their actions and may be impacted.” 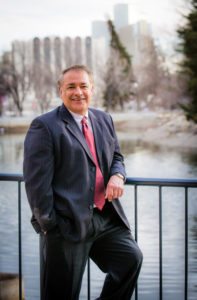 Garcia said he’s heard from many people the past few weeks about how they feel unsafe on campus because of the current social and political climate. UNR has said the officer’s actions were in poor taste but indicated he wouldn’t be disciplined.

“Behavior such as this magnifies unsafe feelings and lack of trust in police, especially when that individual is responsible for the safety of all members of the university, regardless of color, ethnicity, sexual orientation or religion,” Garcia said. “At a time when officers should be heightened in their attentiveness to perception by our community, this act seems extremely out of touch with those sentiments and reflects poorly on all of us.
To regain the trust of our students, and in particular those of color, will be a challenge and will be a priority through continued education, training and conversation.”

In September, a UNR police officer cursed at graduate student Kevin McReynolds during a traffic stop and joked he’d rather shoot him than fight him.

UNR Student Speaks Out on Remarks Made During Police Traffic...