A survey recently conducted by Truckee Meadows Community College (TMCC) of its faculty and staff will be used to improve the effectiveness of the college, according to a campus representative.

The brightest spots in the campus climate survey showed most employees were committed to TMCC’s progress and success and say the college has a well-defined direction. It also showed most feel safe on campus and think TMCC promotes respect for diversity. Most also understand their contractual obligations, the survey showed.

Communication and opportunities for advancement, however, were some things that the survey results indicated could use work. Just 37 percent think there’s effective communication between faculty and administration, about one-third said they have opportunities to be involved in budget preparations, and roughly half said their input is sought in decision making processes that affect their work. Additionally, most indicated they saw little opportunity for advancement or were satisfied with the criteria for advancement. 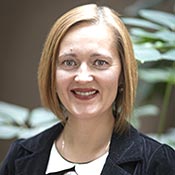 “Climate surveys are typically conducted to assess organizational environment and engagement,” Bubnova said. “In addition, TMCC’s new president was interested in having a baseline.  We are strongly committed to having a positive and highly effective institution and this survey is an opportunity for all campus constituents to participate in shared governance.”

Bubnova said such surveys are conducted every few years, with the last one being in 2009. President Karin Hilgersom began at TMCC in summer 2016.

About 62 percent of survey respondents said they agreed that Hilgersom effectively addresses challenges facing TMCC, while 23 percent were neutral and 14 percent disagreed.

Another portion of the survey potentially points to apathy on behalf of respondents.

The showing was better for academic faculty, in which 61 percent agreed the Faculty Senate represented their interests and concerns, while 52 percent said they take part in committees.

Surveys were sent to 1,449 individuals with 367 replying, generating a 25 percent response rate. About 81 percent of respondents were full-time employees, while 19 percent were part time. Replies were anonymous.