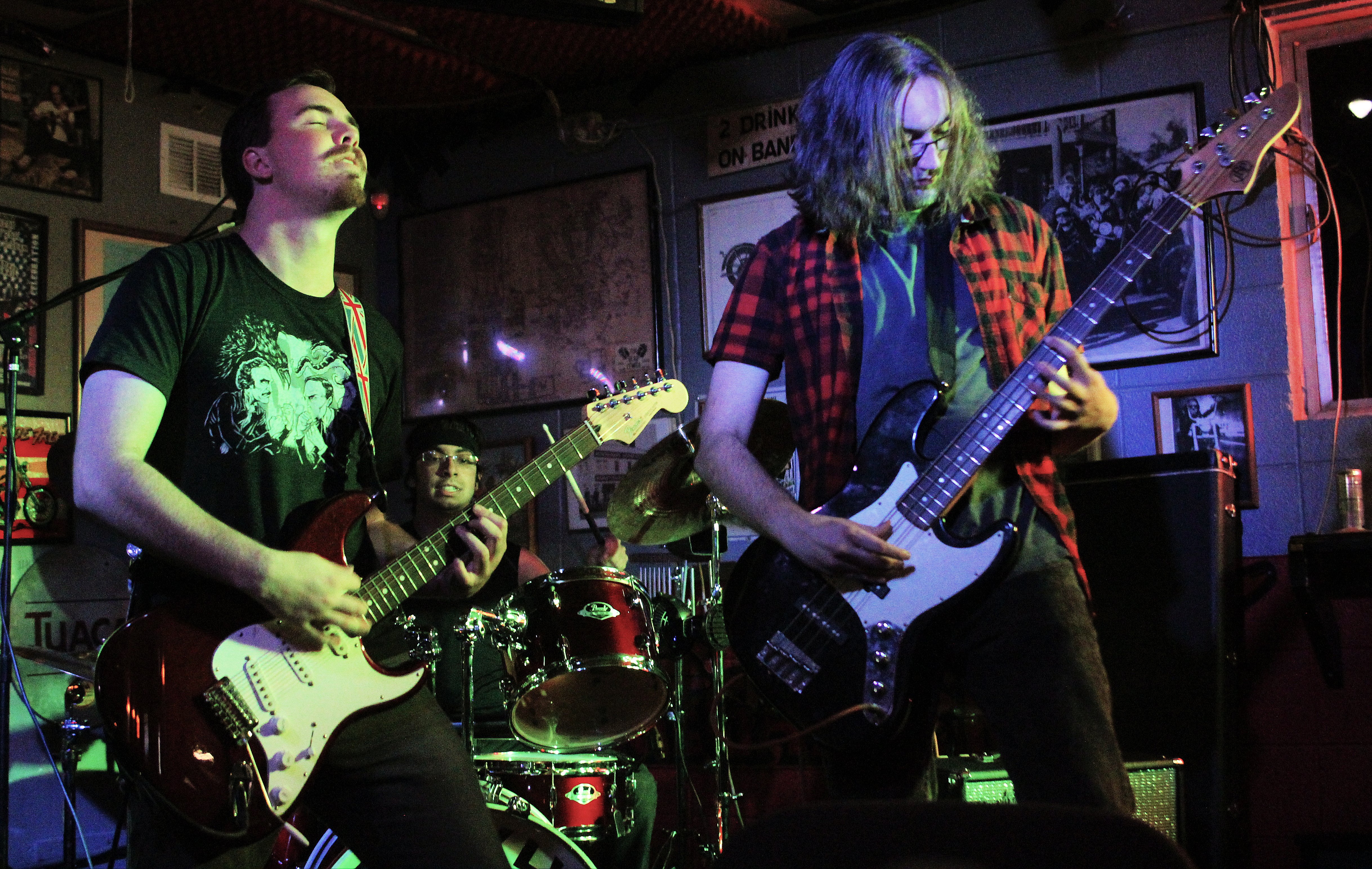 Local Band Alert: ThisisReno takes a closer look at local bands in this series of 5-minute interviews. This week we chat with Frankly Fictitious.

The band is heavily influenced by bands such as The Who, Led Zeppelin, CCR, Vanilla Fudge, numerous 80s hair metal groups, and a healthy dose of punk attitude. They began to establish themselves as a cover band in the surrounding cities of Sparks and Carson City, all the while making connections and gaining a small fan base.

Although they started with four members playing classic rock covers, by 2015 their final lineup was down to three and they now classify themselves in the sub-genre of “hyper-rock,” performing mostly originals.

Frankly Fictitious believes that music is the one thing that brings us together and that rock ‘n’ roll truly can save the world.

Recently I asked the drummer, Louis, some questions about the band and this is how it went: 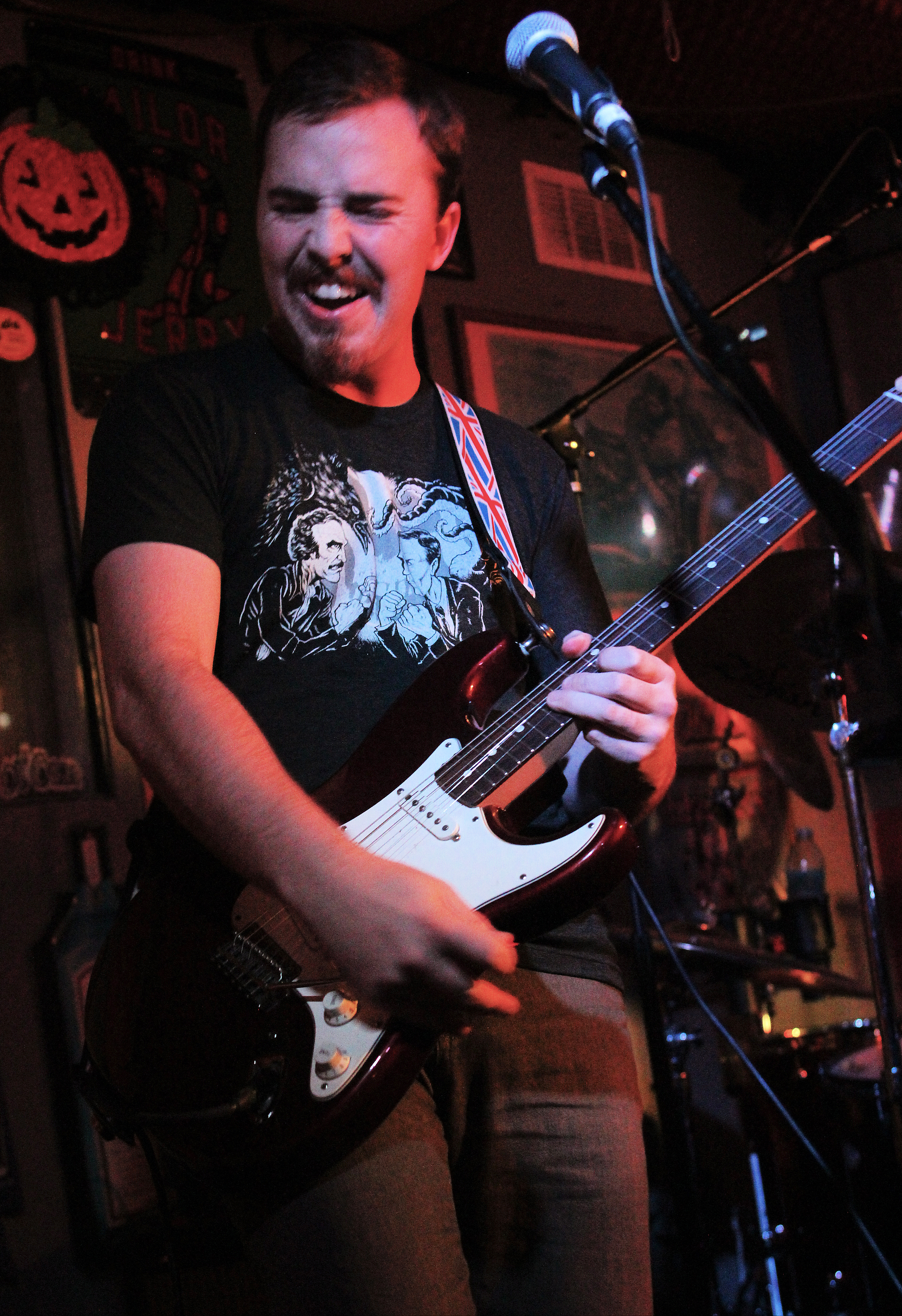 Louis: The band was started on New Year’s Day in 2013 because of our common love for the video game Rock Band. We had been playing Rock Band since its release in 2007 and decided to give the real rock band experience a go. Our fans mainly consist of bikers.

TIR: Who came up with the band name and what is its meaning?

Louis: Kaden Barmore came up with the name during a brainstorming session of finding a name at around 3 or 4 a.m. one chilly winter night. We were originally called “Spoonful of Somebody.” Frankly Fictitious does quite mean anything, but it stuck because it was one of the only band names we thought of that wasn’t already taken and the name tickled our fancy and provoked imagination.

TIR: How long have you guys known each other?

Louis: Jason, Kaden, and I have known of each other’s existence since elementary school, but we all started hanging out in middle school. 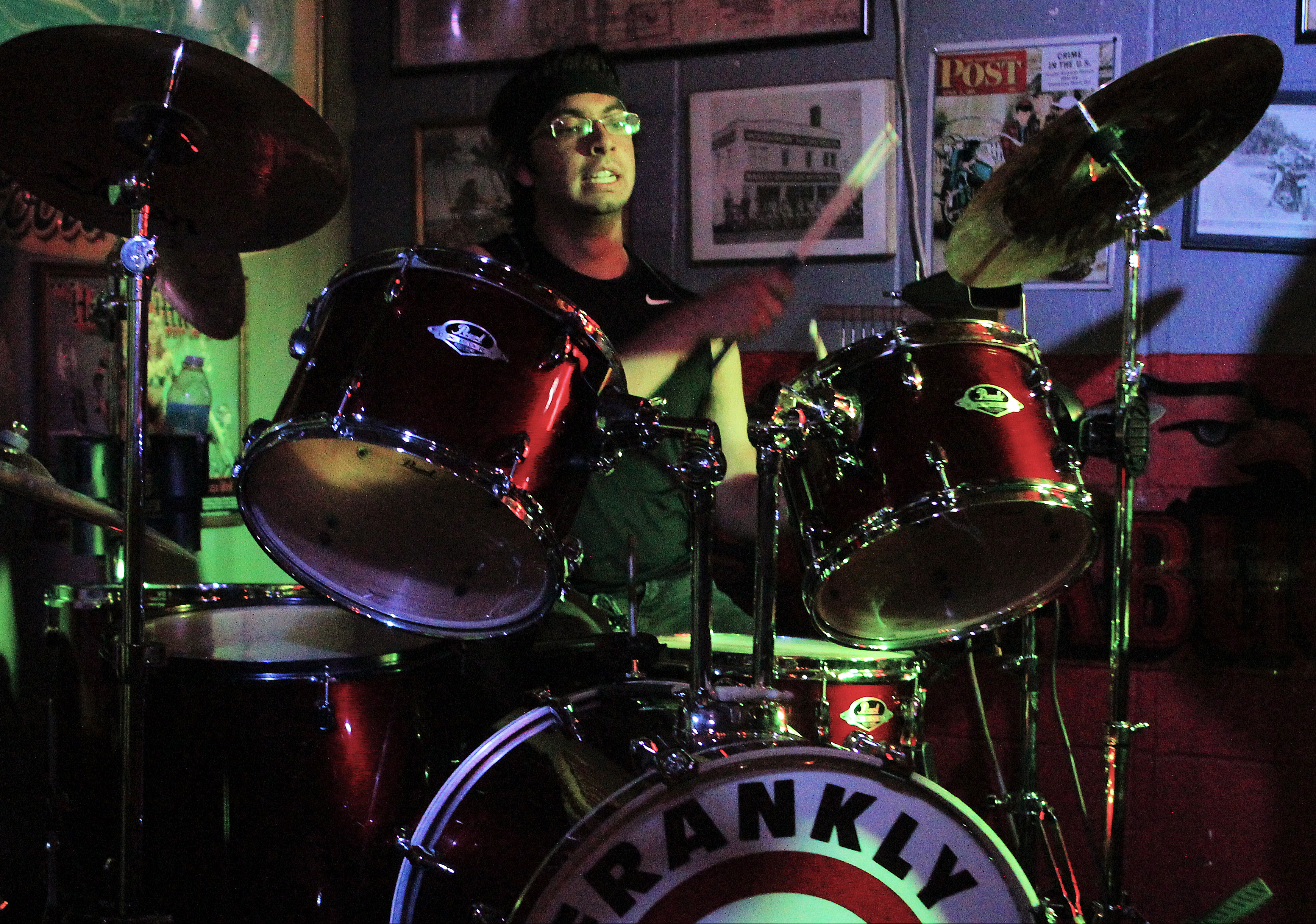 Louis: All of us want to ride the crazy train that comes and goes with being in a rock band for as long as we can. We want to take it to the top until we have more money and fame than God.

Louis: Reno’s music scene is an interesting beast. It consists of many musicians who know, support, and love each other. It’s very easy to make connections with many different people, including both musicians and everyone who makes shows possible. It’s a very great thing to be a part of.

Always remember to support your local bands and venues … Go to a Show!

John Tuckness
John Tuckness has been photographing rock concerts in the Reno/Sparks/Tahoe area and as far as Northern California since 2004. He tries to attend as many shows as he can. John knew he wanted to be a concert photographer when he went to his first concert, Kiss and Montrose way back in 1976. He saw three guys shooting the show and thought to himself, "that's what I want to do." After many years of undercover work (sneaking his camera into venues), he finally got noticed and started getting photo passes through PR people and the bands. John has had many of his photos published in newspapers, websites and band autobiographies.