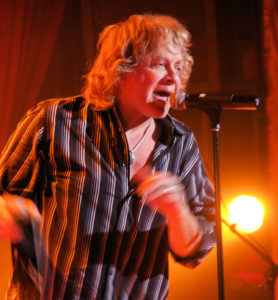 HUSH entertainment and the Rockbar Theater are set to host a one-nighter on Sept. 28 with Eddie Money, Greg Golden Band, and Max Volume.

Eddie Money gained notoriety in the 80s on MTV and with singles like ” Baby Hold On,” “Two Tickets to Paradise,” “Shakin’,” and “Think I’m in Love.” He’s been touring ever since, and returns to Reno to film his new reality TV show at the Rockbar Theater.

Show starts at 7 p.m. and is an over 21 show, so leave the kiddos at home. Tickets are on sale now at eventbrite.com for $39 general admission or $60 VIP, plus taxes and service charges. The Rockbar Theater is located at 211 N. Virginia St.

It will be great to see another show at the Rockbar, even if it is the last one (again).

Always support your local bands and venues … Go to a Show!