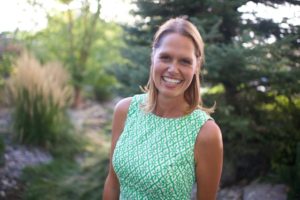 Six years ago, I started an anti-trafficking organization called Awaken. Over the years Awaken has helped hundreds of local Reno victims out of the sex trade.

Last summer Reno City Council proposed changes to the portions of the Reno Municipal Code related to Adult Businesses (Strip Clubs). The three main points of the ordinance include:

Only one of the Reno adult businesses is legally zoned. The others, as we all know, are right in the midst of our downtown; hardly the welcome banner this city needs. The adult business relocation proposal is not an anti-business proposal. It is a proposal that comes from case law referencing a very specific type of business that generates negative secondary effects on a community. It is these negative secondary effects that make it very important to evaluate the location of these businesses.

Stories of the survivors of the sex trade consistently testify that strip clubs act as a launching pad to sex trafficking. Compiled here are quotes from personal testimonies that each young woman wrote herself. All of these women and children (yes minors) who have shared their stories want to remain anonymous.  They live in a painful reality of the repercussions of being identified by the owners. As a result of the council’s proposal, for the first time these women have felt this community might now be ready to hear their stories.

As you read, please know that these words are the words of women who have worked in Reno strip clubs and were raised in our community. These are our neighbors, our sisters and our daughters.

I first walked into a strip club at the age of 16. I was in foster care and had a one year old to support and was looking for any way to make fast money. I was quickly escorted upstairs to the house mom who had me undress, and provided me with a thong, top and shoes and told me I could pay for them at the end of my shift. When I was presented and introduced to one of the owners of the club, he looked at me and smiled. He said I would be perfect for the guys who loved the young girls.

Strip clubs are no different than the brothels that supposedly can’t operate in Reno. The dancing is just a distraction from everything else that goes on inside. I worked for years at different strip clubs in Reno, and saw more sex acts take place in the private rooms than I saw lap dances. I saw more drug deals go down inside than I’ve ever seen on the streets.

I was offered and provided cocaine by the owners of the clubs more times than I can count. Drugs are everywhere and the owners often put signs up in the bathroom and on the mirrors upstairs that read “ladies; snort the f-ing coke, stop leaving it all over.”

You go into these clubs expecting to not be touched like it is in the movies when in reality these guys can touch you wherever, however they want, until they are satisfied. One would think that the club owners and management would be there to protect the women who are working, but their primary interest is money. Men whose conduct should get them thrown out are able to stay, so long as they give management a large enough bribe.

At least one out of every five shifts I worked, I would get escort job offers through the managers themselves. Men (Johns) would ask the managers for certain girls, and we were told to leave with the Johns at the end of our shift.

Every night women working in the clubs are physically and sexually abused. This isn’t a presumption or a blanket statement. Men touched me when I told them “no,” they held me down, stuck their fingers inside me, bit my breasts to the point of bleeding, and masturbated onto me. I was choked, punched, and thrown to the floor many times. Women are raped, and it’s never reported.

Some of the girls I worked with had pimps that took a majority of their money they made in the club. The strip club is where I met the guy who later trafficked me. I am here to tell you it is not just getting dolled up and dancing for strangers that cannot touch you, it is so much more that leaves lifelong scars. It is not a glamorous place or high-end entertainment. It is money hungry men exploiting broken girls, supporting drug habits, and allowing unthinkable things to go down in the clubs.

Not only are strip clubs not safe for the women, strip clubs foster and encourage additional crime in the community.

The sex trade occurs, not in neat silos, but on a connected continuum looking for vulnerable women and children. Traffickers target locations such as strip clubs. Our downtown should be a safe place for children and families. They should not have to worry about walking on the same street as traffickers and buyers of children.

Downtown Reno is the most accessible location to the 18,679 children in Washoe County who live in poverty; the 2,500 students in Washoe County schools who experience homelessness; the 300 youth that live on the streets or are couch surfing, and the 612 substantiated victims of child abuse and neglect last year alone. It is vitally important to the safety of these at risk populations that we support this proposal and better understand why the location of adult businesses should not be in the same location as vulnerable children.

If Reno City Council votes to keep these strip clubs in these neighborhoods they are responsible for keeping a system that perpetuates and produces more victims than it does services. Until our solutions look into the negative secondary effects of legal forms of sexual exploitation, they will be ineffective and incomplete. Strip clubs are interconnected and inseparable from sex trafficking.

The solution of the Reno sex trade is not able to be simplified down to a one-dimensional solution of just eliminating traffickers. Allowing strip clubs to remain illegally zoned is not just negligent but actually makes us a part of the local sex trade problem.

This issue is not a “those people” issue. There are many things we can do to change this broken system. We all hope you will strongly consider their stories and show your support at the September 13th City Council 6 p.m. meeting to remove these clubs from the downtown area.