By Bob Conrad August 18, 2017
The original Park Lane Mall was built in 1964 and served as a shopping and cultural hub for a generation of Renoites. The developers are keeping the original sign, and 25-foot vintage clock. with the new project. 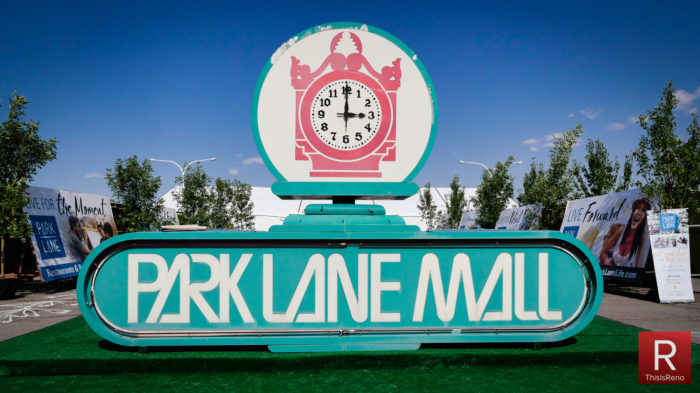 The original Park Lane Mall was built in 1964 and served as a shopping and cultural hub for a generation of Reno residents. The developers are keeping the original sign, and 25-foot vintage clock, with the new project.

Dozens of community leaders and dignitaries gathered today for a groundbreaking ceremony and the unveiling of plans for the Park Lane Mall site. 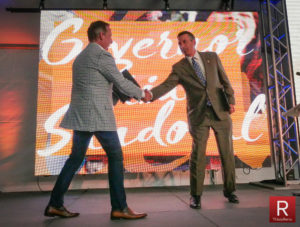 The project, at Plumb Lane and Virginia Street, is 46 acres and will feature a mix of residential and commercial spaces. The vacant lot is expected to be transformed into parking garages, a park, brew pubs, a fitness center, and 1,600 apartments.

The apartments will range from studios up to 3-bedroom units. Homes are being built too.

“Multi-family homes will be available in several five-story ‘wrap’ structures where residences wrap around parking garages for easy access and (concealed) parking from the street, as well as urban-garden buildings with private garages to accommodate…a variety of different lifestyles and needs,” said developer Chip Bowlby.

Watch a livestream video of the event below. The action starts at about 13 minutes into the video.

Want to live at the Reno Experience District? Prices are...

The day they knocked down the Palais (opinion)