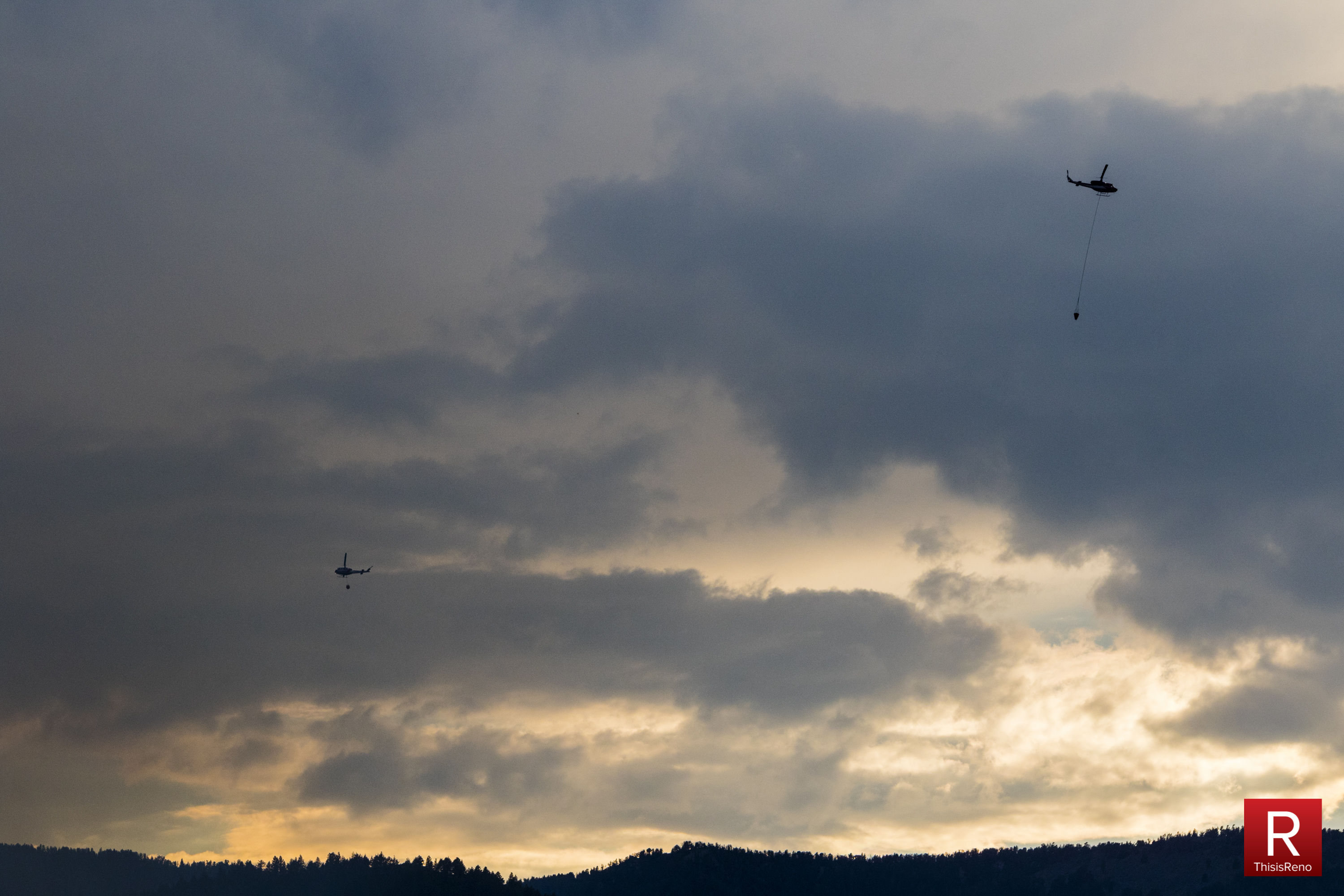 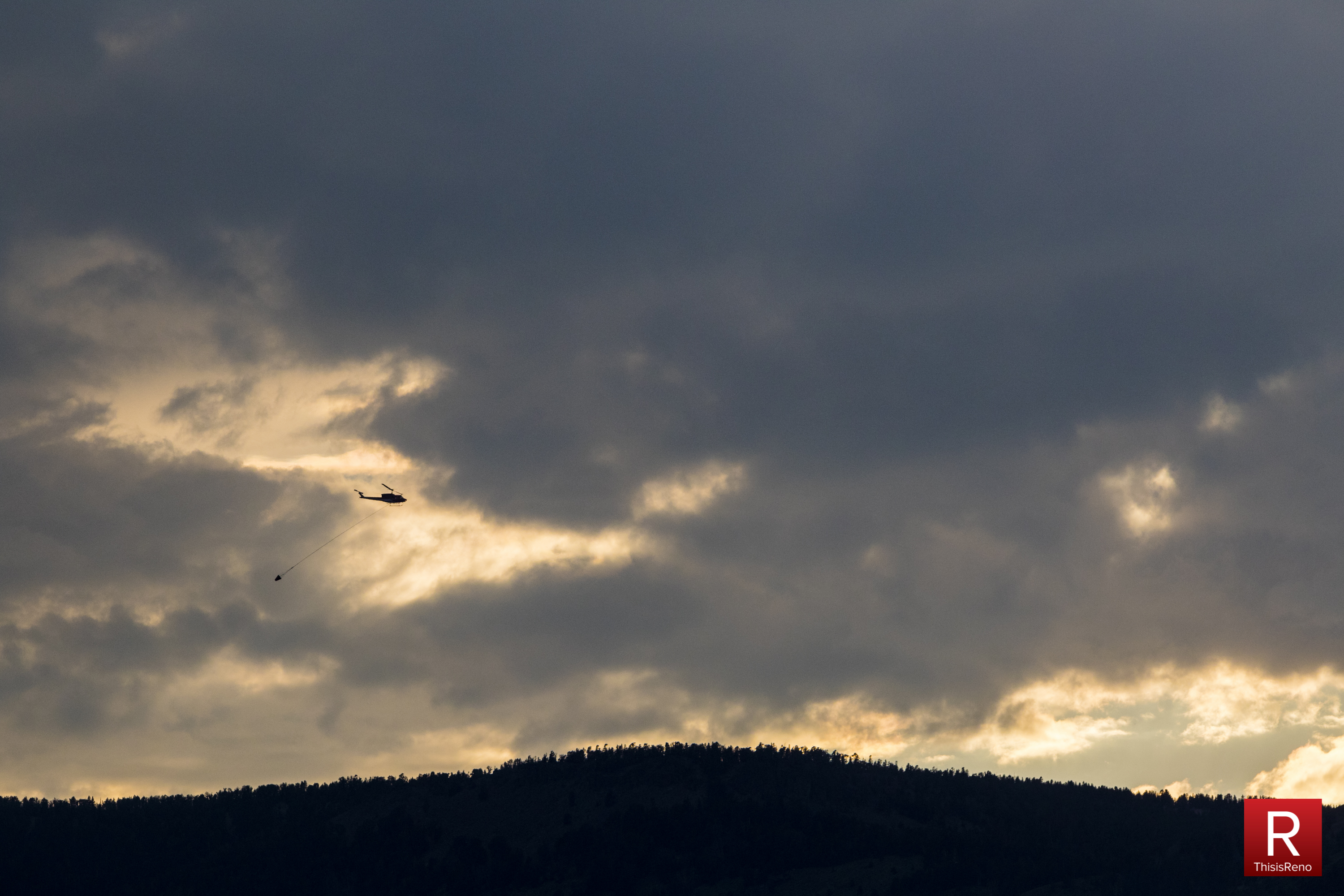 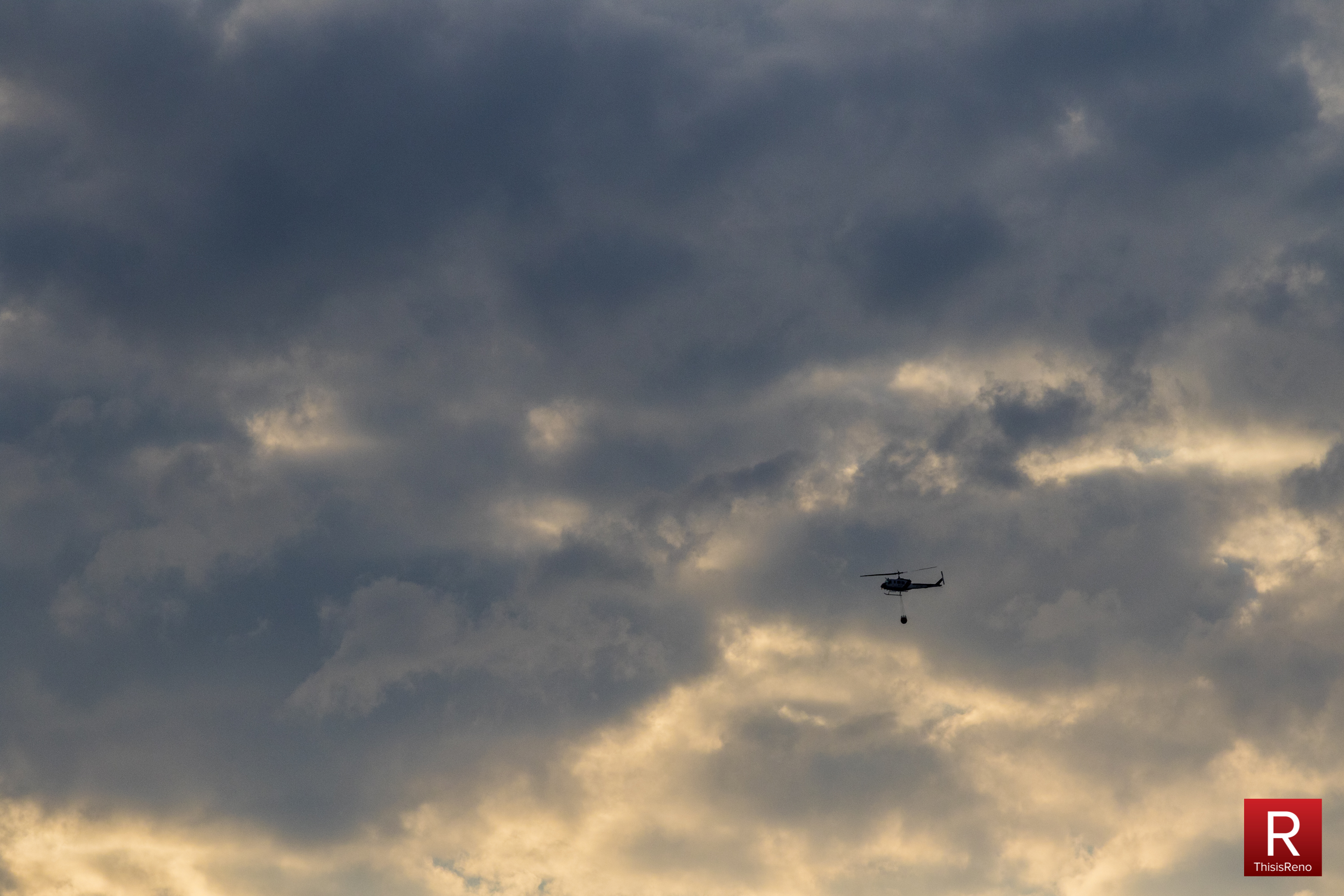 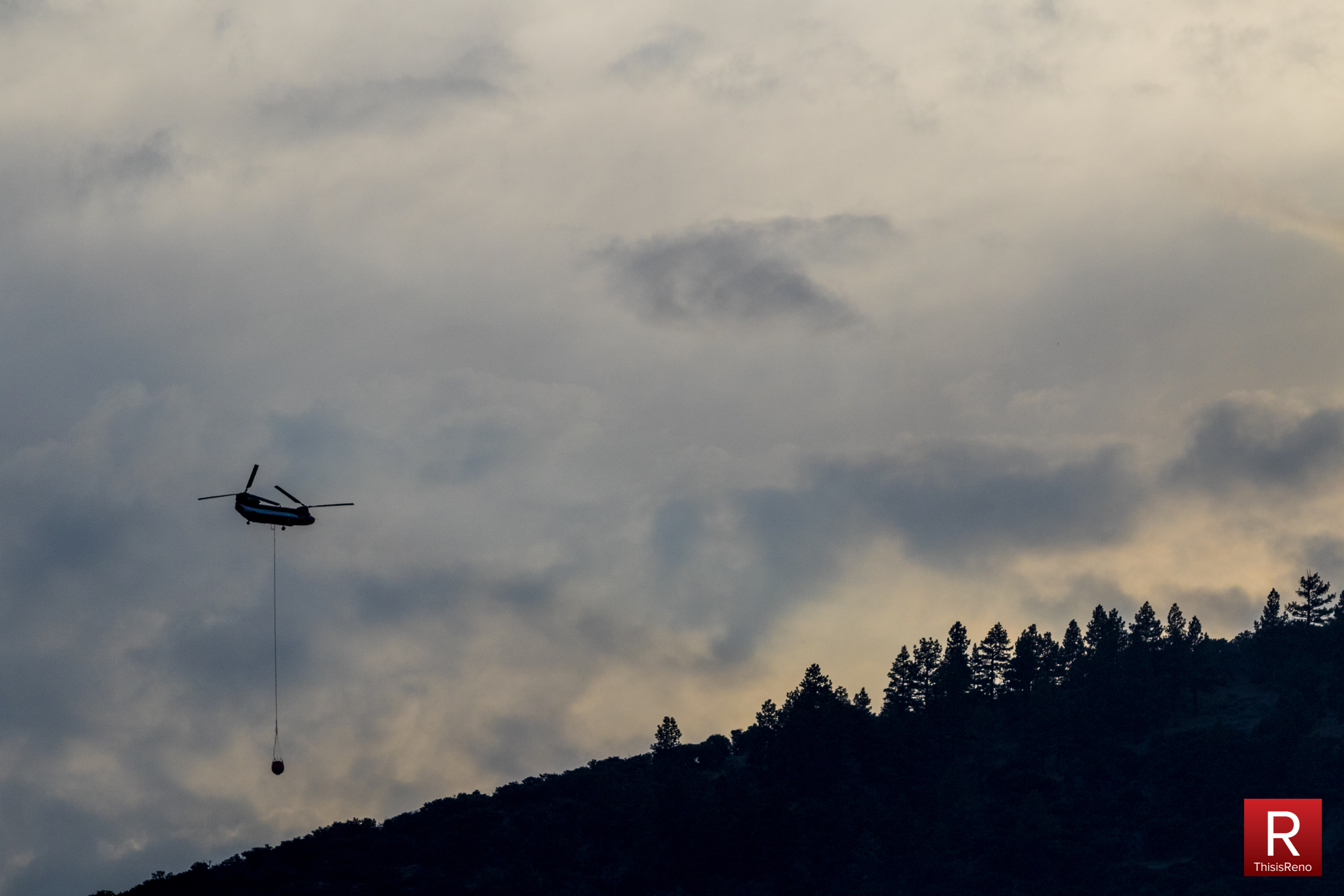 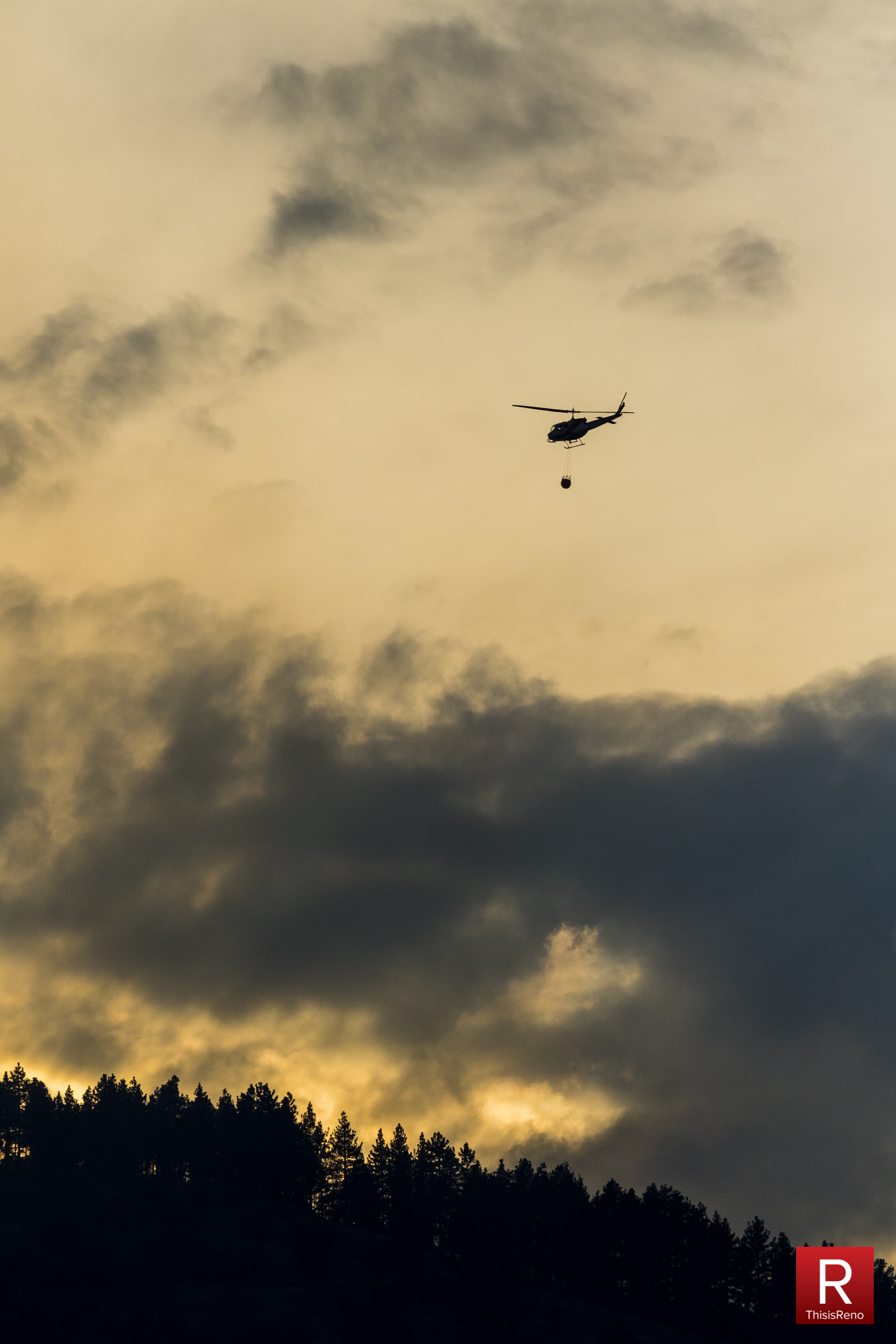 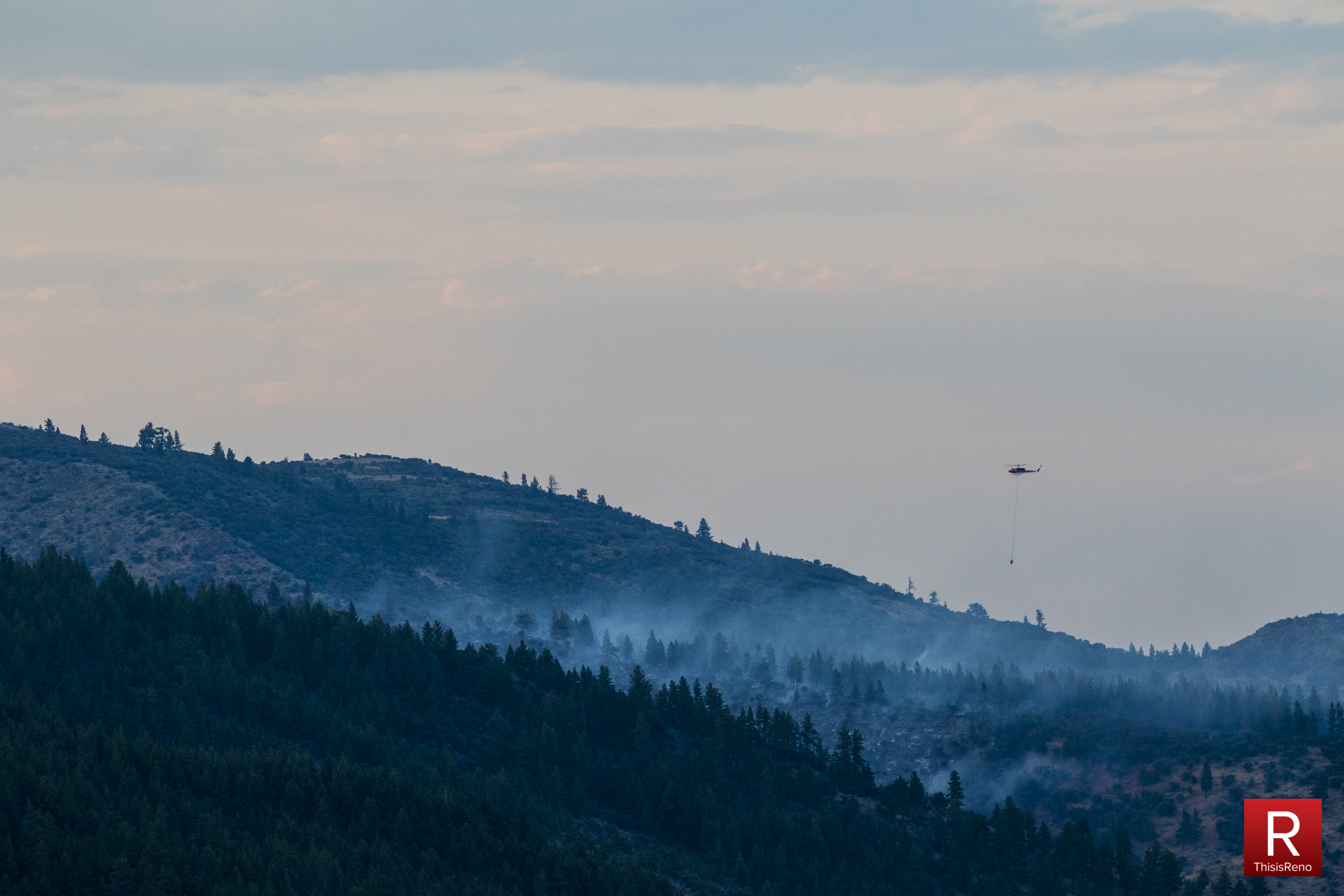 According to the Humboldt-Toiyabe National Forest’s Carson Ranger District:

A 60 acre fire is actively burning on the Humboldt-Toiyabe National Forest’s Carson Ranger District, near the Whites Creek Trailhead, south west of Reno. Eight structures in the Logan Meadows Area may be threatened.

Traffic is closed to Timberline Drive, except for local residents. There is no access to the Thomas Creek and Whites Creek Trailheads.

The fire is burning in grass, sagebrush, and timber. There is extreme fire activity and some spotting is occurring along the perimeter. The cause of the fire is under investigation.