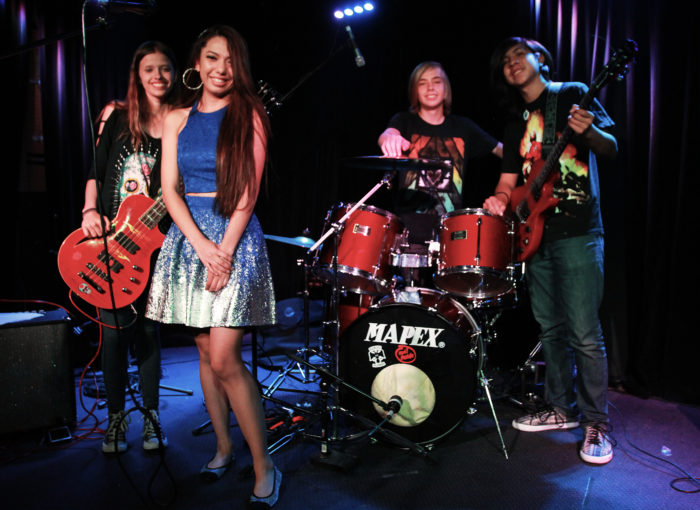 The Reno music scene has a very new and young artist that is ready to hit the stage running.

The future Reno pop star’s name is Delemi, and she’s the lead vocalist for her band called “lnto The Light.” She is startling to write some of her own music and wants to try and be as diverse as she can.

Delemi comes from a local Reno band of youngsters called “Fate Awaits.” The band has made some waves on their own lately playing shows at many venues around Reno like the Elbow Room and the Sparks Lounge, to name a few.

Delemi plans on doing more shows in Reno and Sparks starting on Sept. 16. 2017 with the Monsters Of Rock Show at the Sparks Lounge and also at the same venue for her demo released party on October 13, 2017, so keep an eye out.

Recently I asked Delemi some questions in an online interview about what her plans are, here’s how it went. 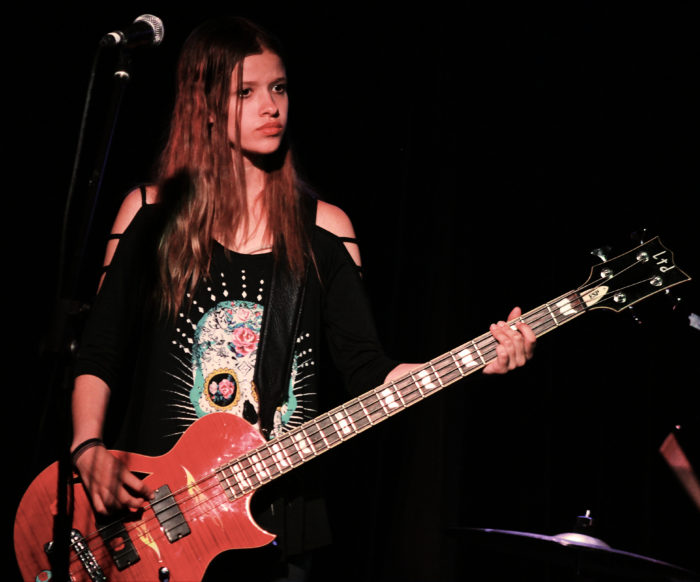 TIR:  How did the band get started and why?

Delemi: I wanted to take my music to the next level, so I carefully selected young and talented individuals. My members and I have known each other for two years.

Delemi: Fun and fitting. We play for the occasion. If the crowd wants some oldies we’ll throw in The Beatles. If they want pop we’ll play some of today’s hits.

TIR: Who are you influenced by?

Delemi: I’m influenced by great artists. I don’t believe there should be a limit on what a great artist is. A few of my inspirations are Loretta Lynn, Alicia Keys, Eminem, Pierce The Veil, Little Mix, Melanie Martinez, Michael Buble, and many more.

Delemi: MGM Grand along with many other Las Vegas casinos for starters. But if we’re talking BIG, going on tours. 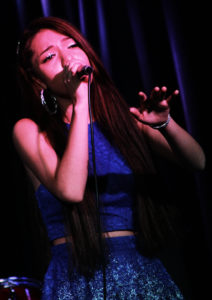 TIR: Where can people find your band info, music, photos and show schedule?

Delemi: Our band has a Facebook page, “Into The Light.” That is where you’ll find a list of our upcoming events. If you need to book us, contact Dominique Morales through her number 702-576-5006 or her email [email protected]. I also have my individual Facebook page under my first name, “Delemi.”

A lot of hard work and some more stage time and Delemi and her band could be headed to the top.

Be sure to check out her Facebook page to see where the band is playing next, you won’t be disappointed. And remember to support your local bands and venues … Go to a show!