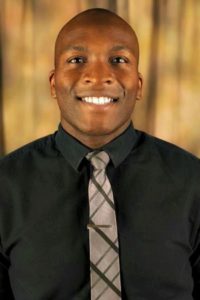 A millennial was named on Thursday to the Reno-Sparks Convention and Visitors Authority (RSCVA) board, a governing body filled mostly with Baby Boomers who outnumber Generation Xers.

Vick Wowo, senior sales manager at Whitney Peak Hotel, joins the 9-member board as a nominee of the Reno-Sparks Chamber of Commerce. He takes the place of local banker Mike Hix, who was appointed to fill a vacancy on the board last year.

“I look forward to bringing new energy and to excite a demographic that’s been focused on, but didn’t have a voice on the board,” said Wowo, 29.

Wowo is active in the community, serving as president of the Reno Tahoe Young Professionals Network. He’s also a member of the Governor’s Workforce Development board and is on the Chamber’s board and executive committee.

Only elected officials on the RSCVA board can vote on nominees to the board. Washoe County Commission Chairman Bob Lucey and Reno Mayor Hillary Schieve voted in favor of Wowo. Both said Hix had done a great job but the board needs fresh perspectives.

“This is a difficult and challenging board,” Lucey said. “The members aren’t difficult, the issues we deal with are difficult.”

Sparks City Councilman Ed Lawson supported retaining Hix, citing Hix’s financial expertise that nobody else on the board has. Lawson noted the board already has several representatives from the hospitality industry.

“I worry we’re losing perspective if there are so many hoteliers on the board,” Lawson said.

Those who work in the hospitality or gaming industry but fill seats on the board in other capacities are as follows: