By Bob Conrad July 6, 2017
The Save Wildcreek group is opposed to using the Wildcreek Golf Course for a public high school. Image: Bob Conrad. 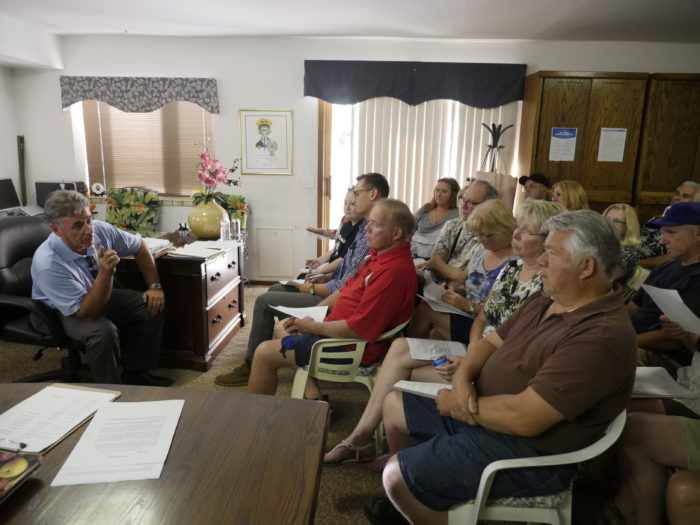 Wildcreek homeowners are considering legal action to prevent the Reno Sparks Convention and Visitors Authority (RSCVA) from transferring to the Washoe County School District (WCSD) the Wildcreek Golf Course for construction of a new high school.

The land transfer is illegal, said attorney Steven Bus, who is voluntarily representing the Wildcreek Homeowners Association to prevent the high school from being built at the course, which is managed by RSCVA. “It is as clear as reflected in the statutes that the Nevada Legislature did not intend a public high school to qualify as a recreational facility.” 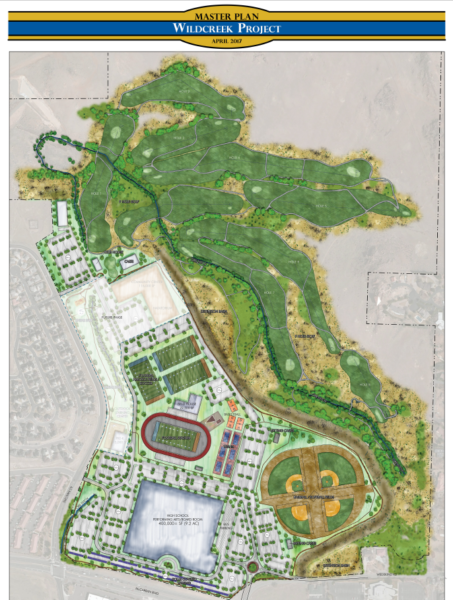 Bus said that state law “makes it very clear that the RSCVA can only sell, lease, exchange, transfer, assign, or otherwise dispose of any real property only if it is (to) be operated and maintained as a public project and recreational facility. Obviously, the Nevada Legislature wanted to maintain the real property as recreational use.”

WCSD personnel presented in a May the idea to use the course for a new high school using money from the WC1 ballot initiative. (WCSD documents show that the idea for using the location for a high school was contemplated more than a year ago.)

Students and teachers of nearby Hug High School supported the proposal, but residents felt blindsided by what they called a hastily developed plan.

Critics said that traffic, flight paths, the loss of green space, and the property being located in a flood plain are all reasons to reconsider the project at the golf course. Each of those considerations would require expensive mitigation, said project opponents.

Reno Mayor Hillary Schieve, who sits on the RSCVA board, praised the new high school.

“We are excited to participate in this wonderful project that will benefit so many students attending school in Reno,” she said. “A major (renovation) at Hug will not only benefit students, but the entire neighborhood surrounding the school, creating a positive ripple effect for thousands of residents. This is a great example of local agencies coming together to do the most good for students, families, and our community as a whole.”

Multiple jurisdictions voted May 1 to proceed with the project as a concept. WCSD documents show that the project is estimated to cost $110 million. According to the school district, the project includes:

WATCH: The school district’s Riley Sutton announced June 16, 2017 that exploration work was being done at Wildcreek for possible development as a new high school.