PHOTOS: Chris Isaak Sparkles It Up at Grand Sierra Resort 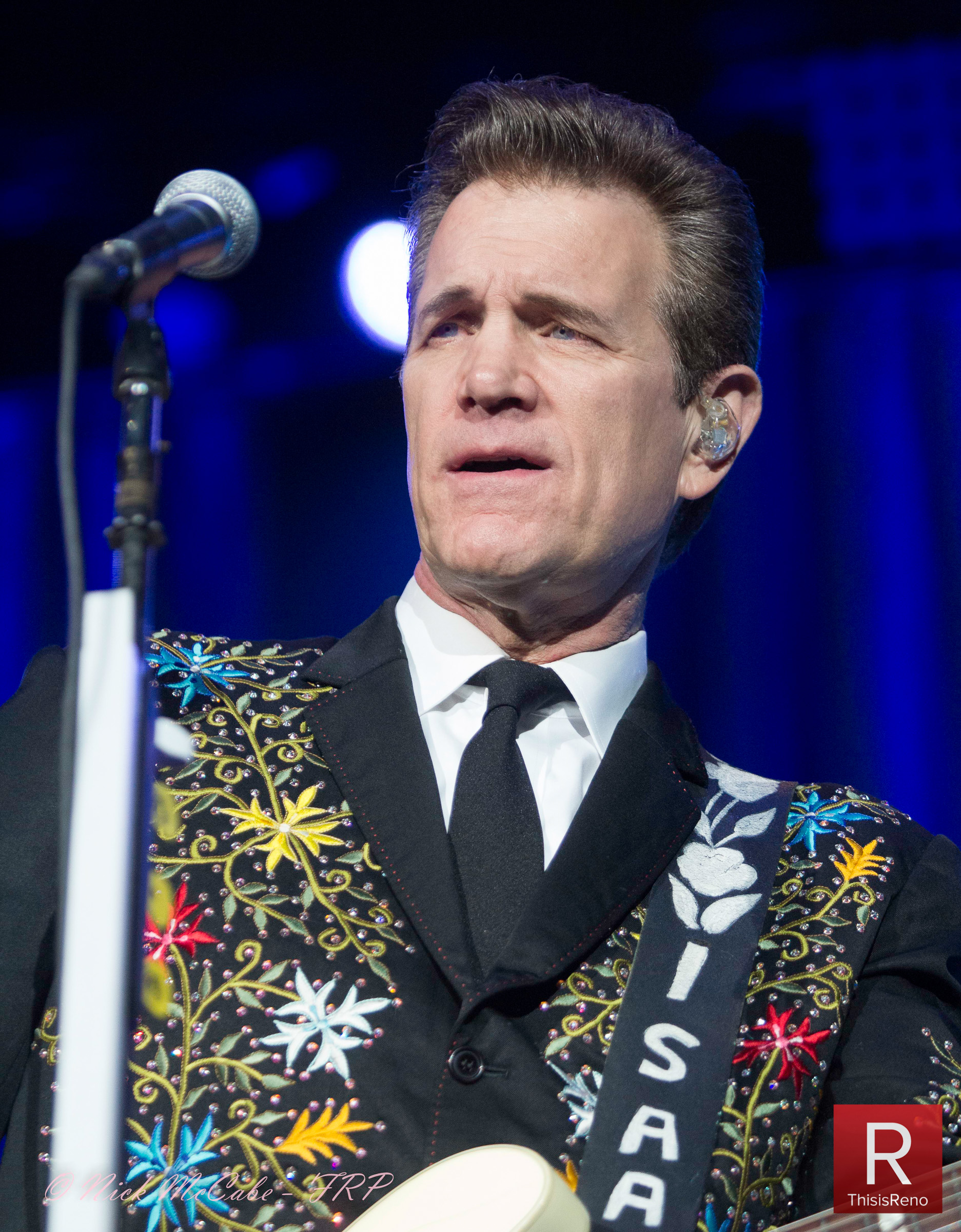 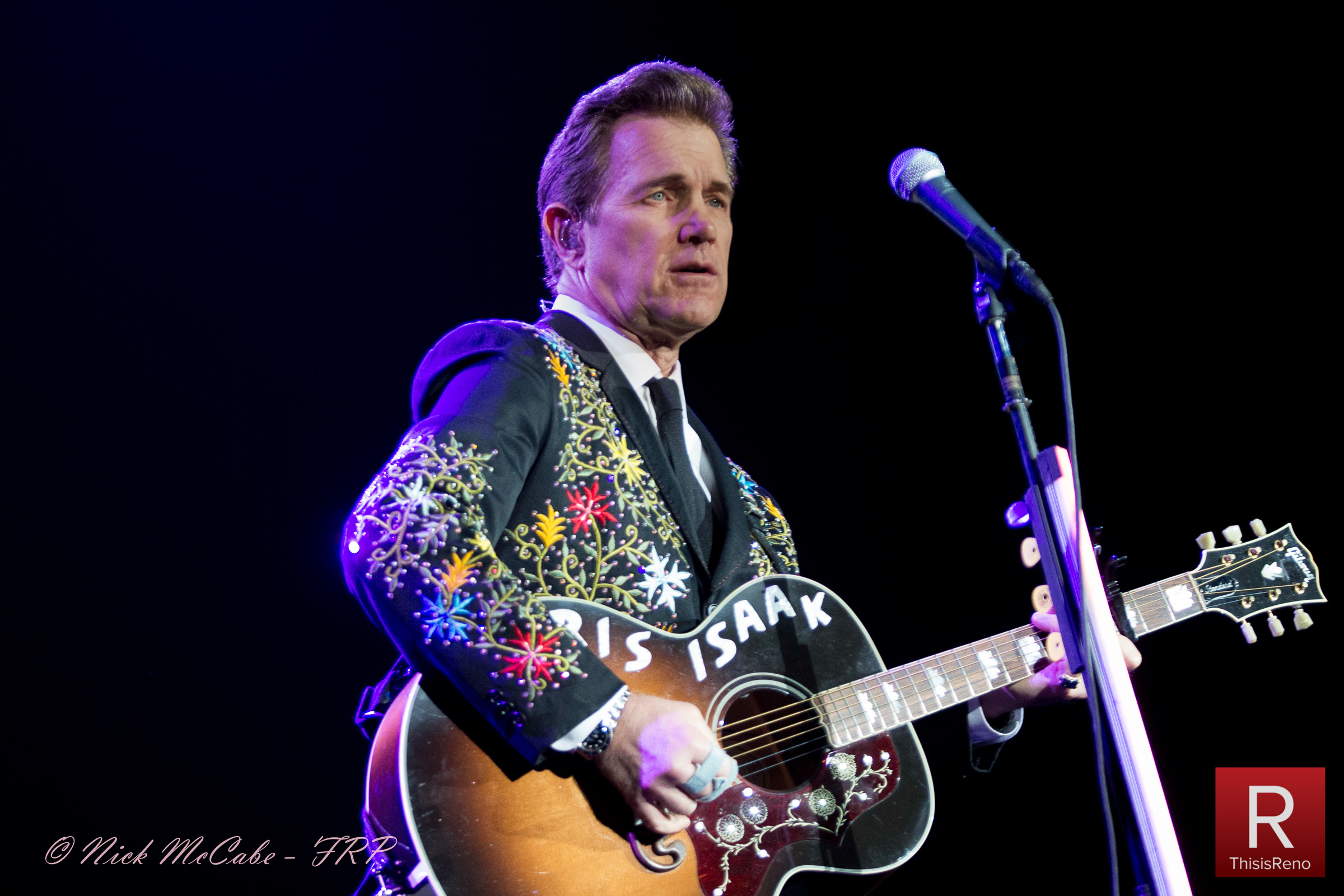 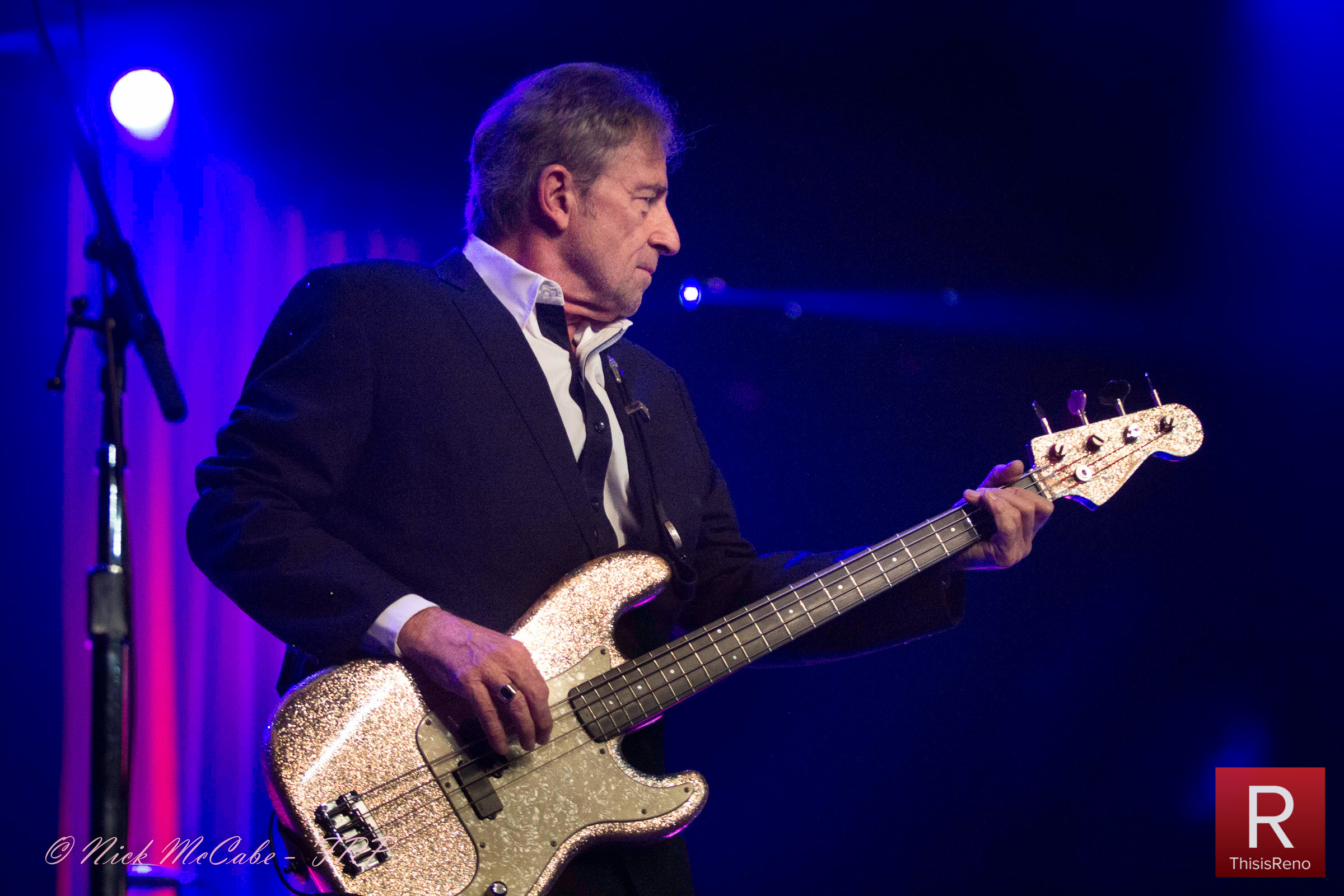 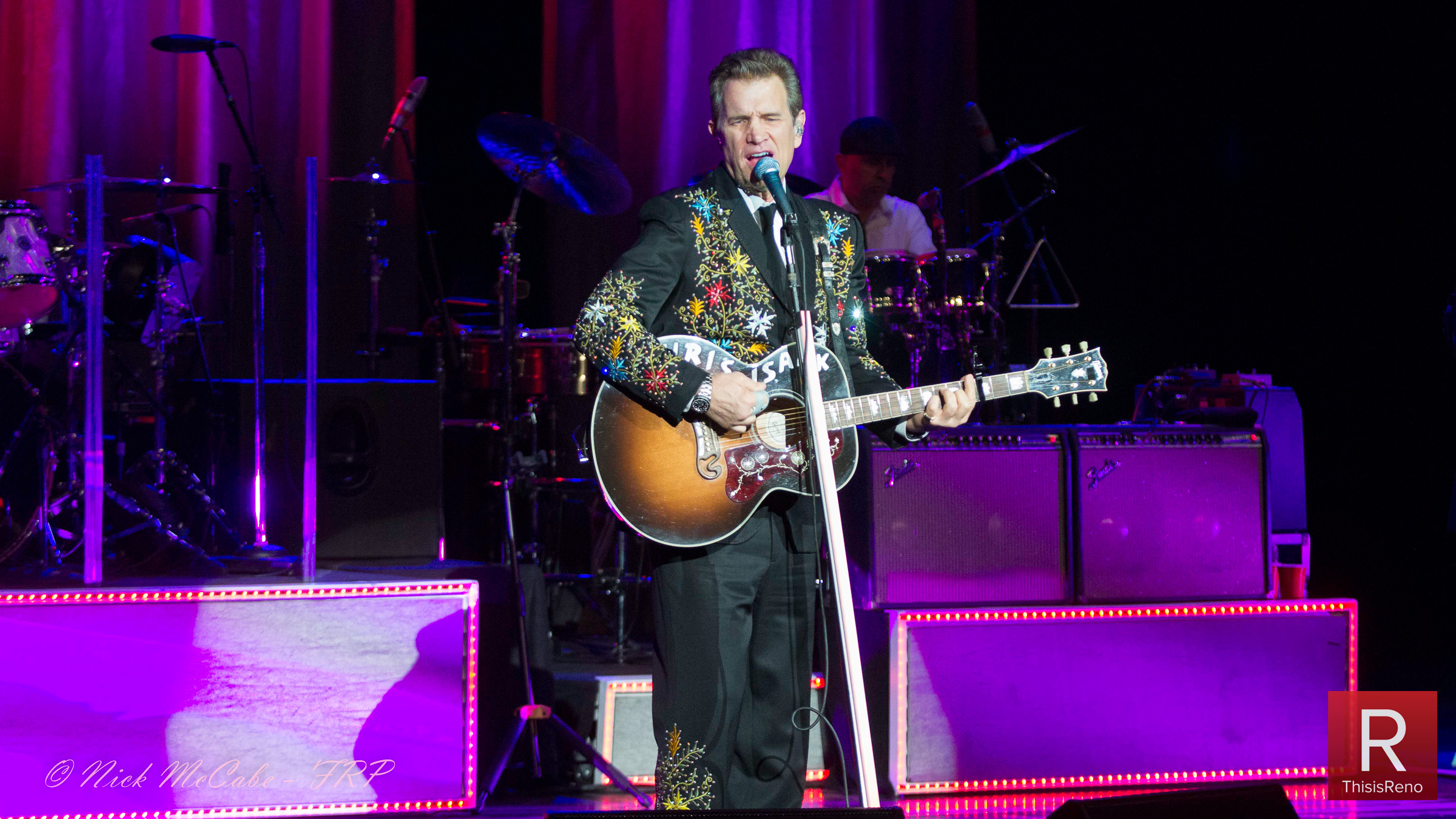 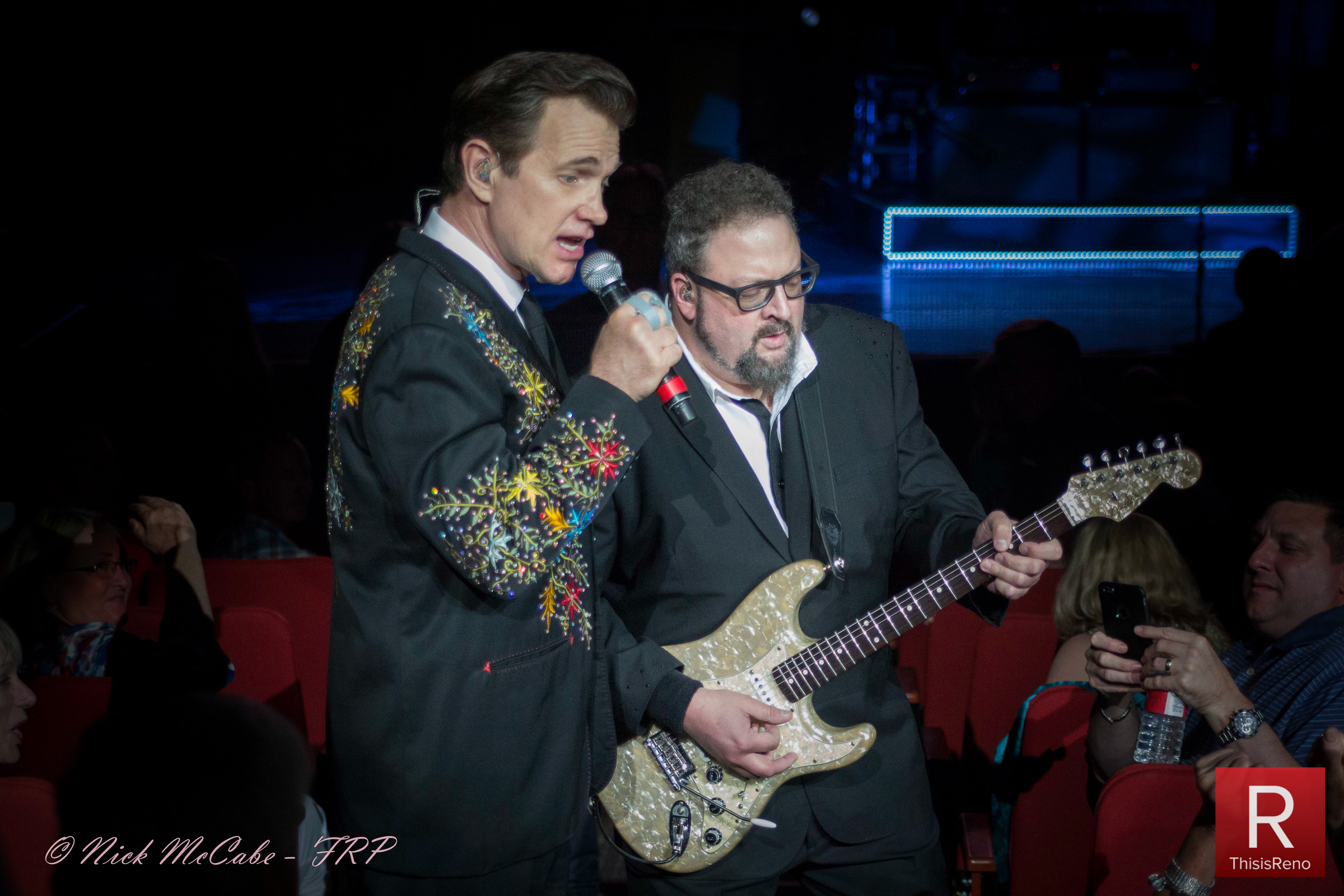 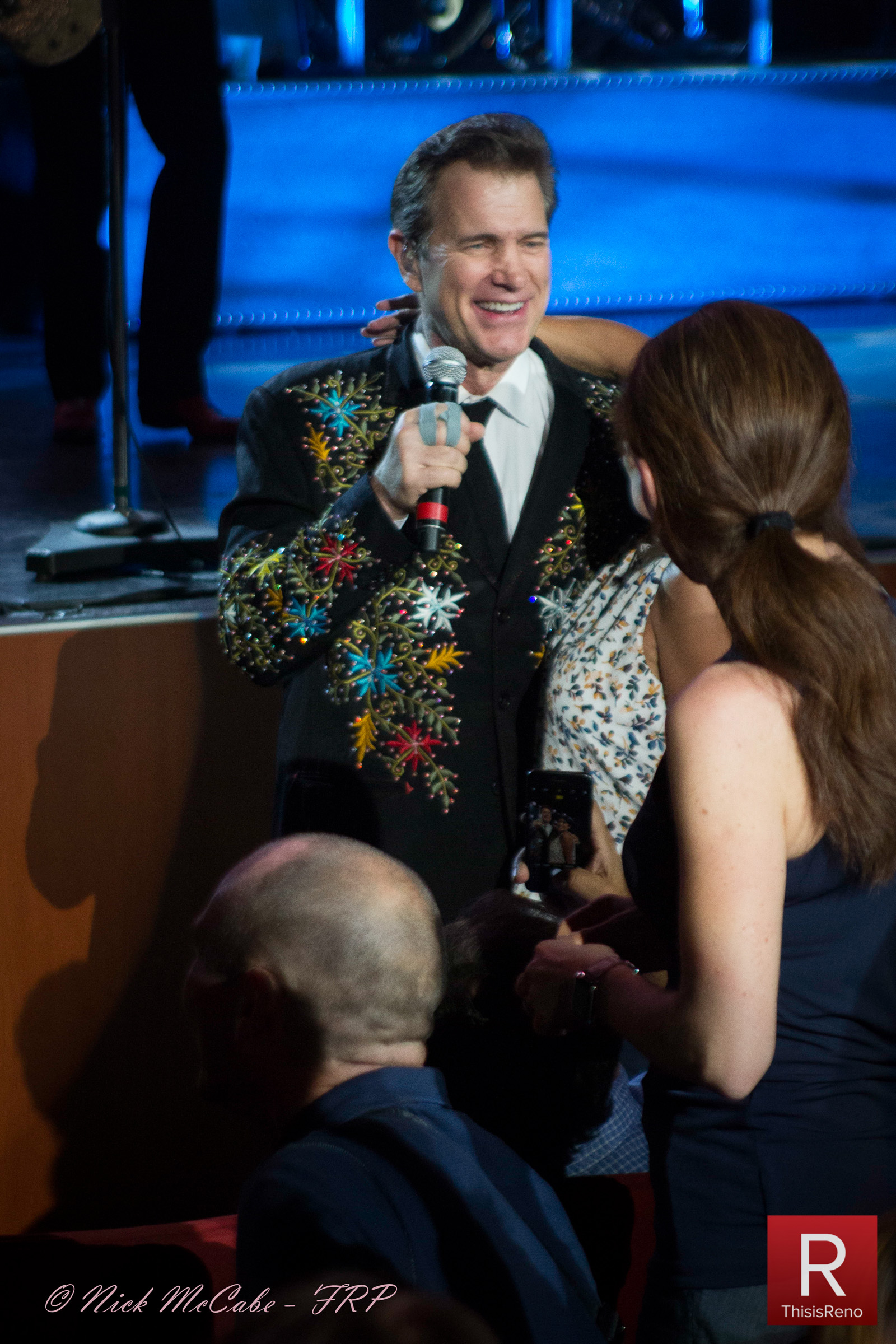 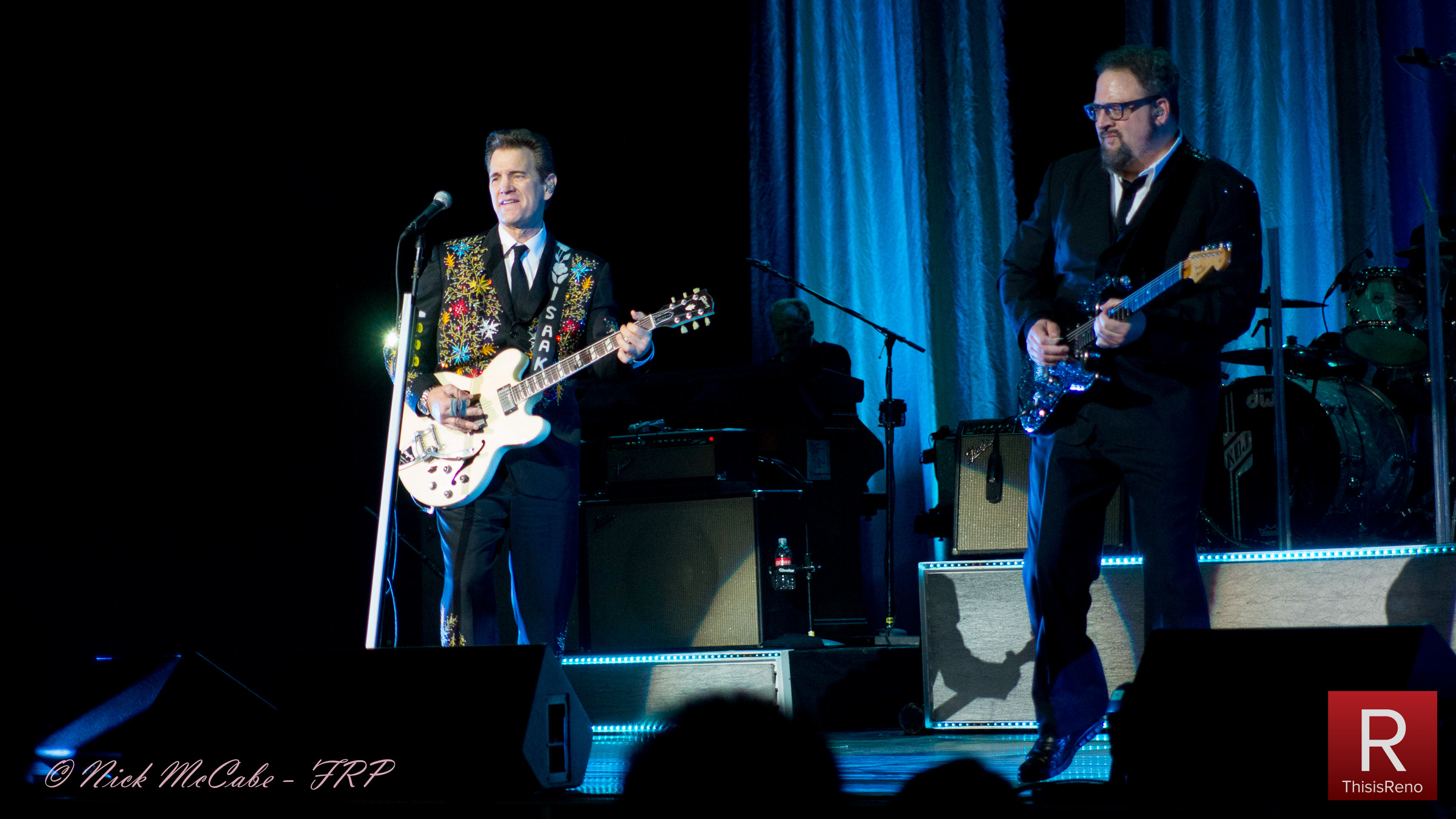 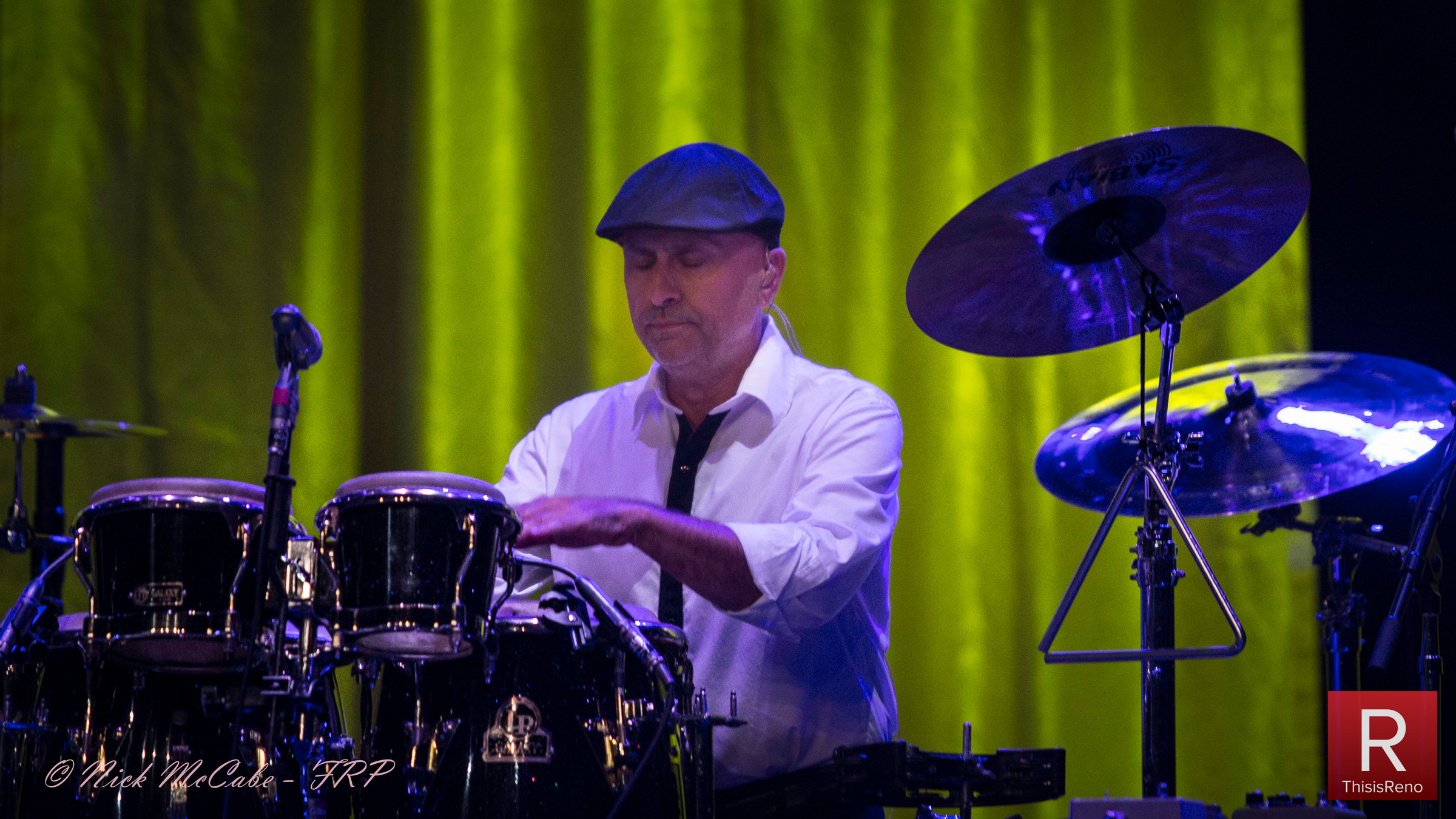 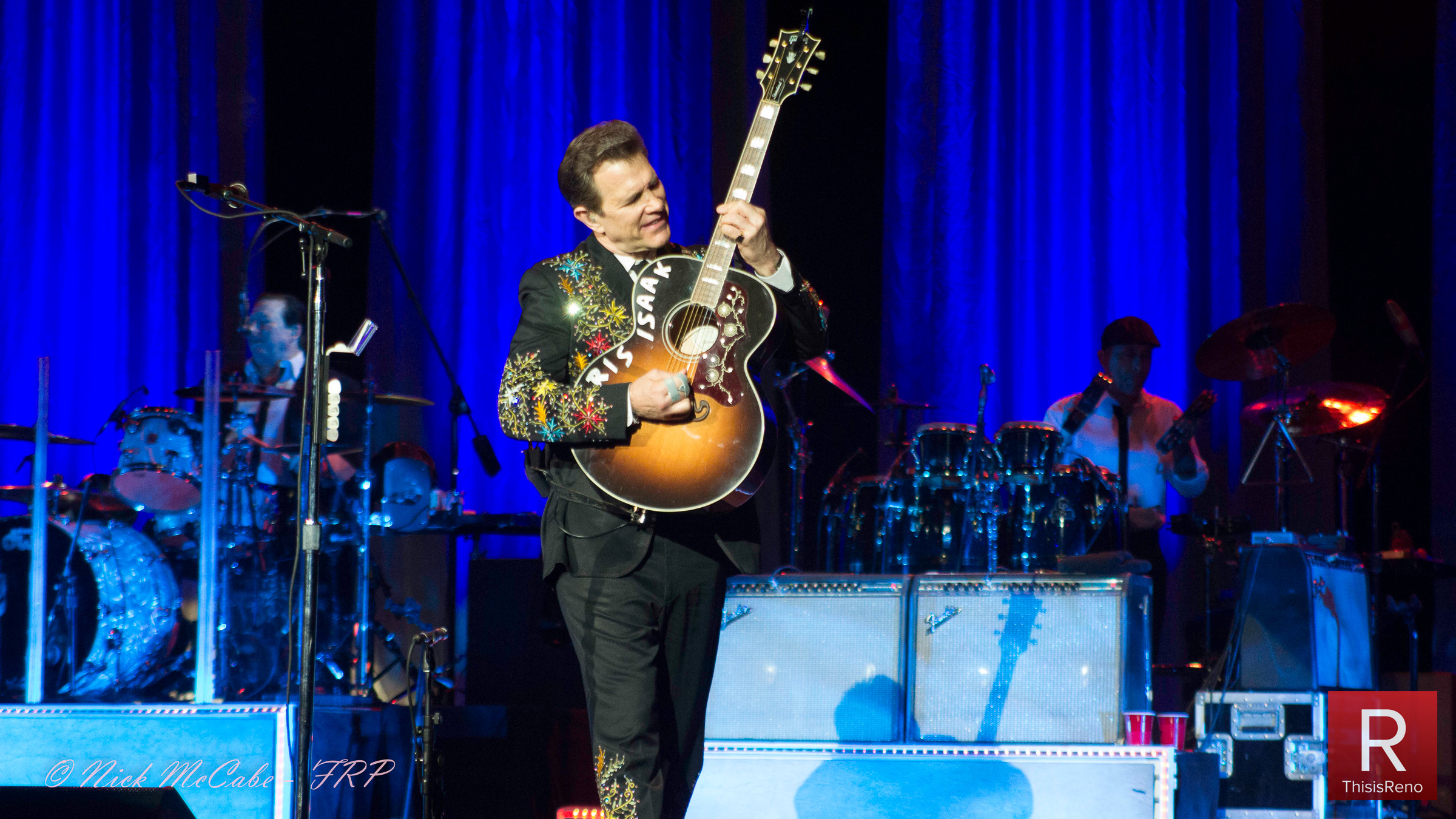 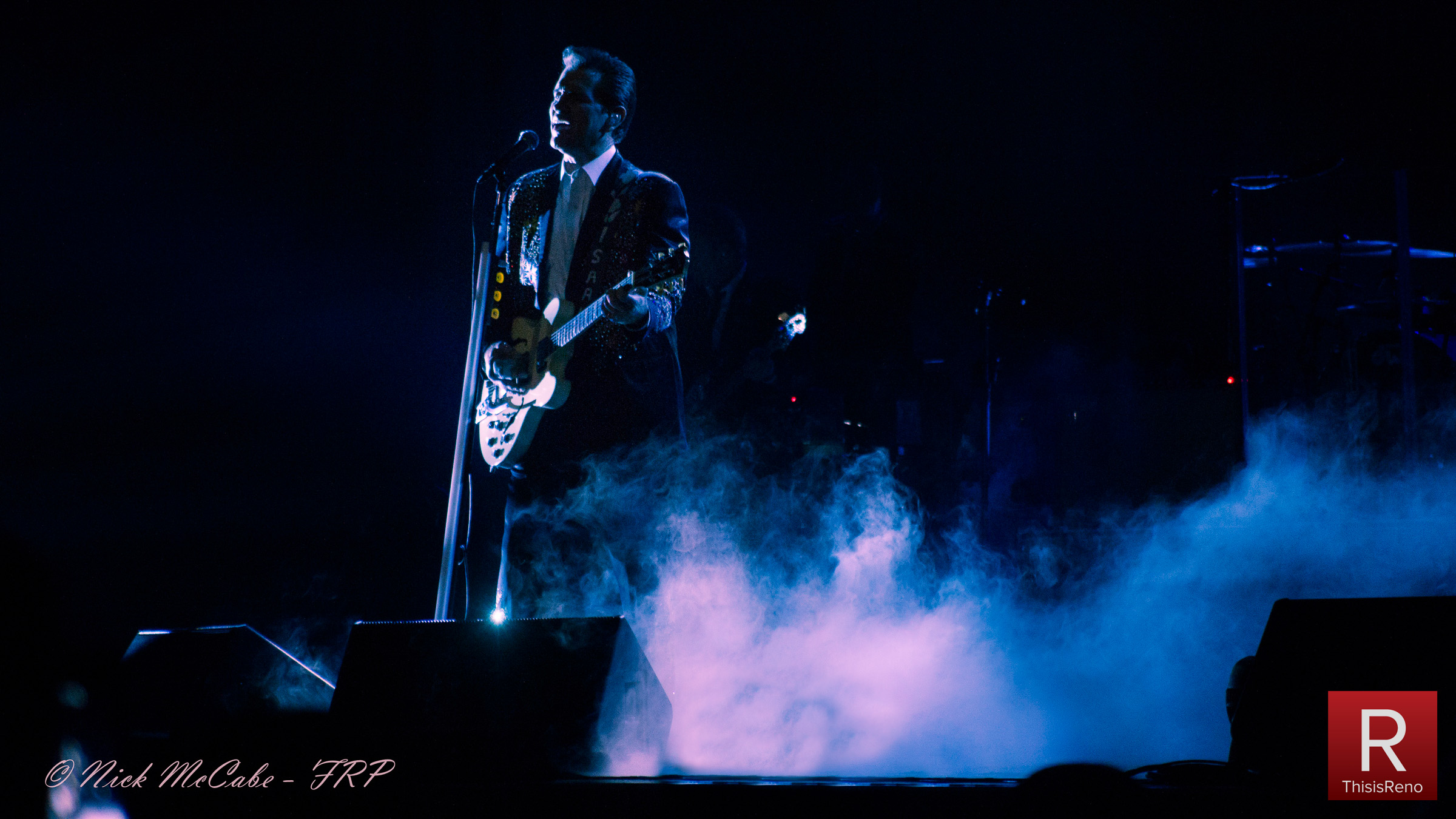 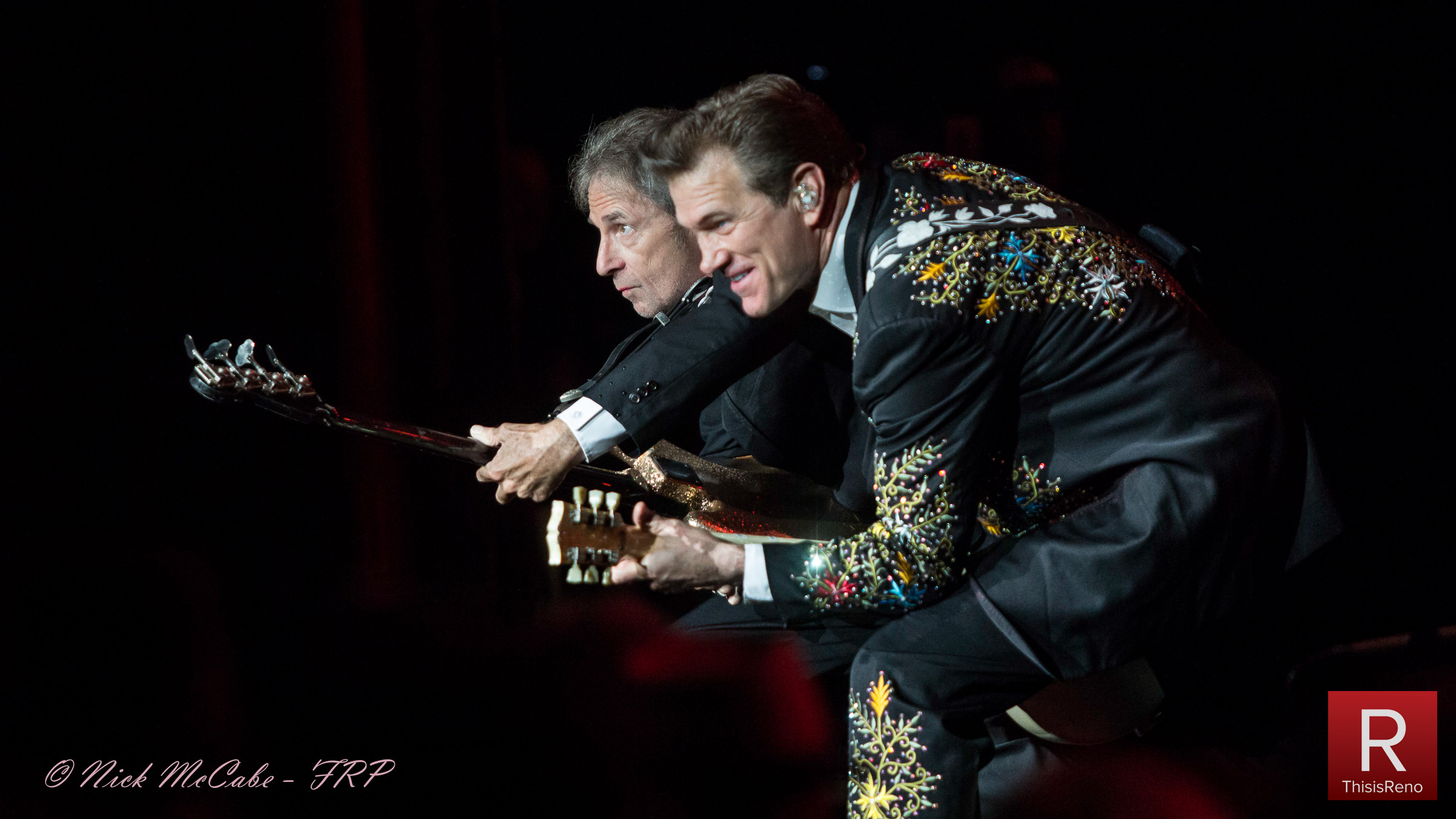 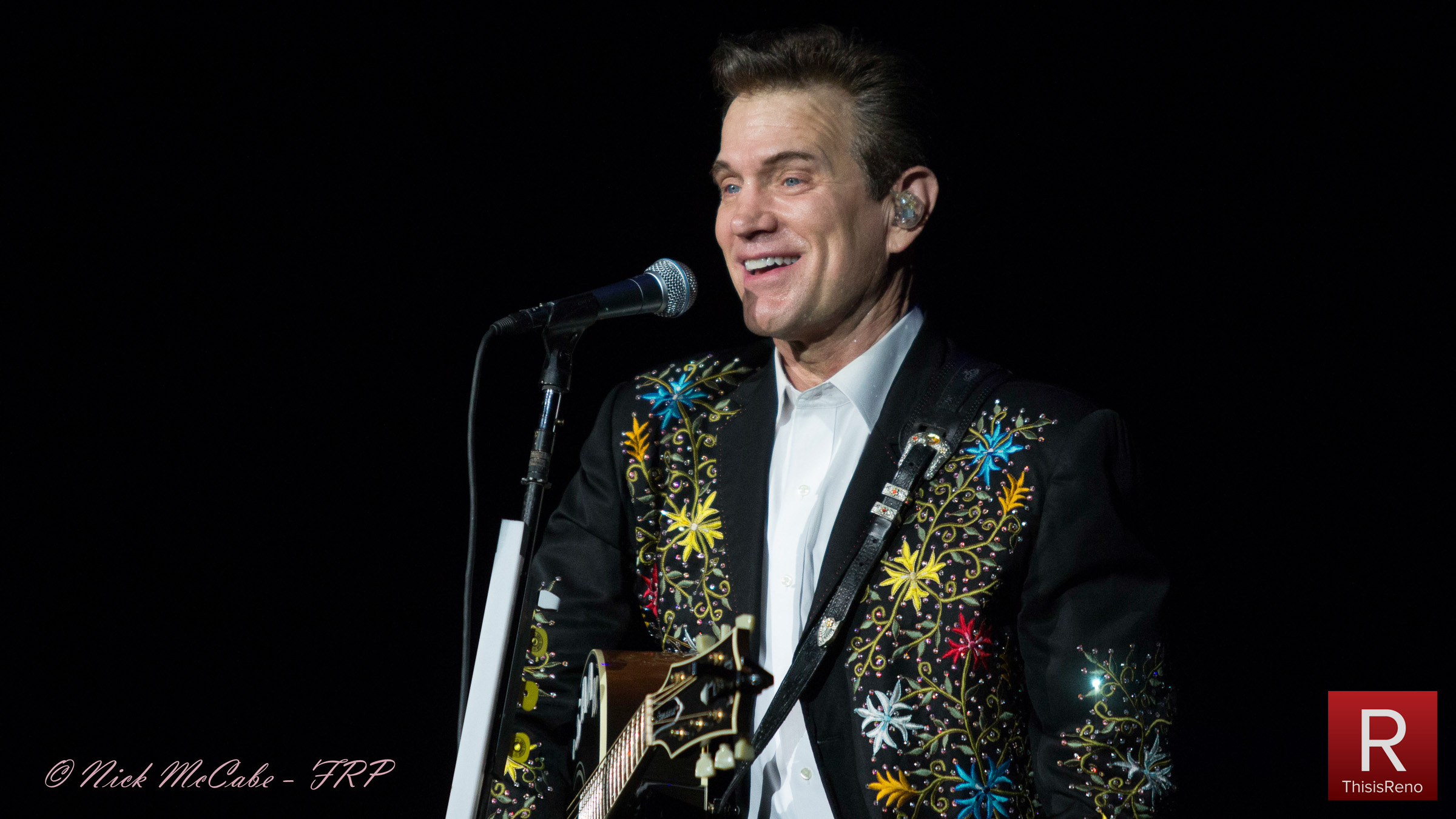 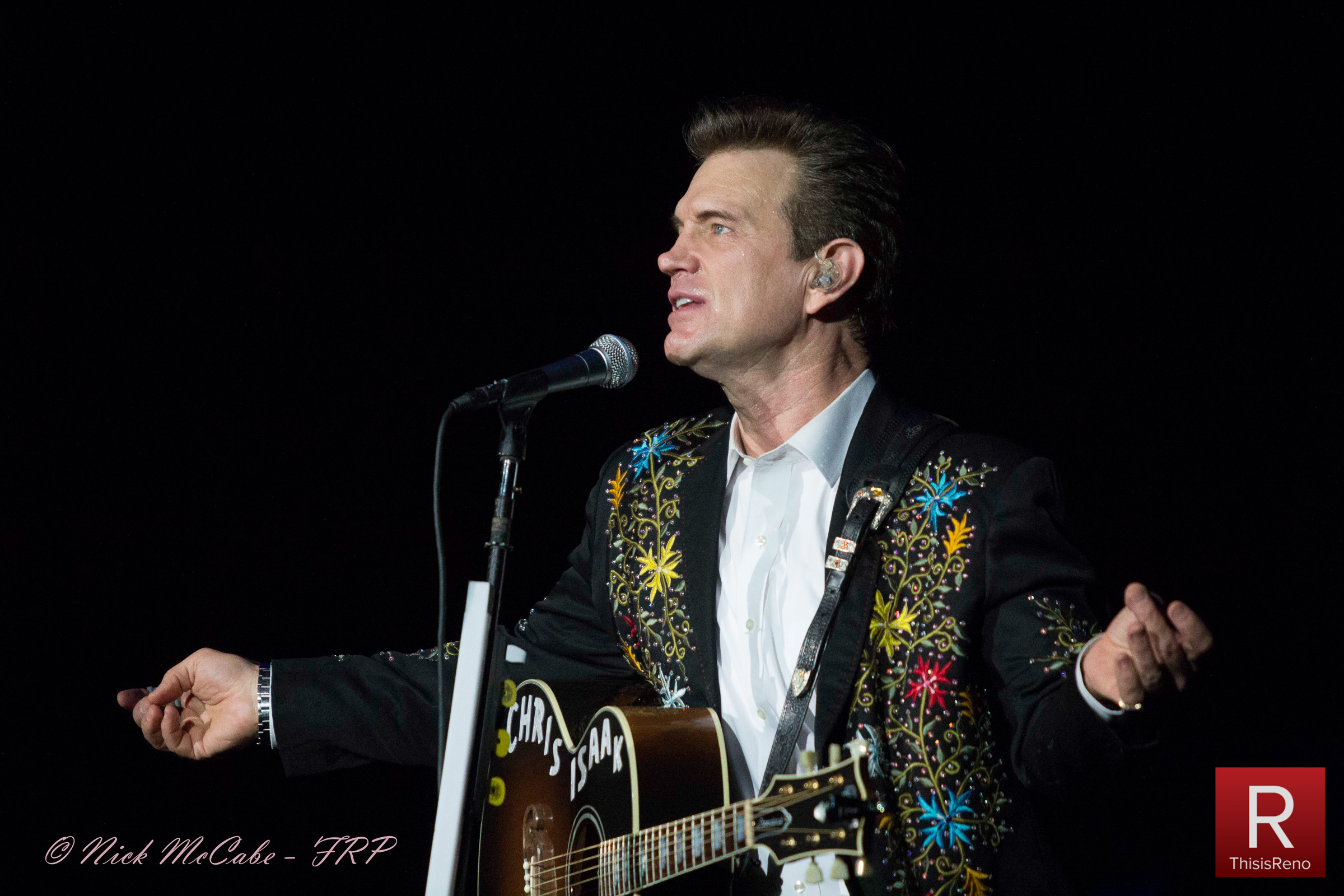 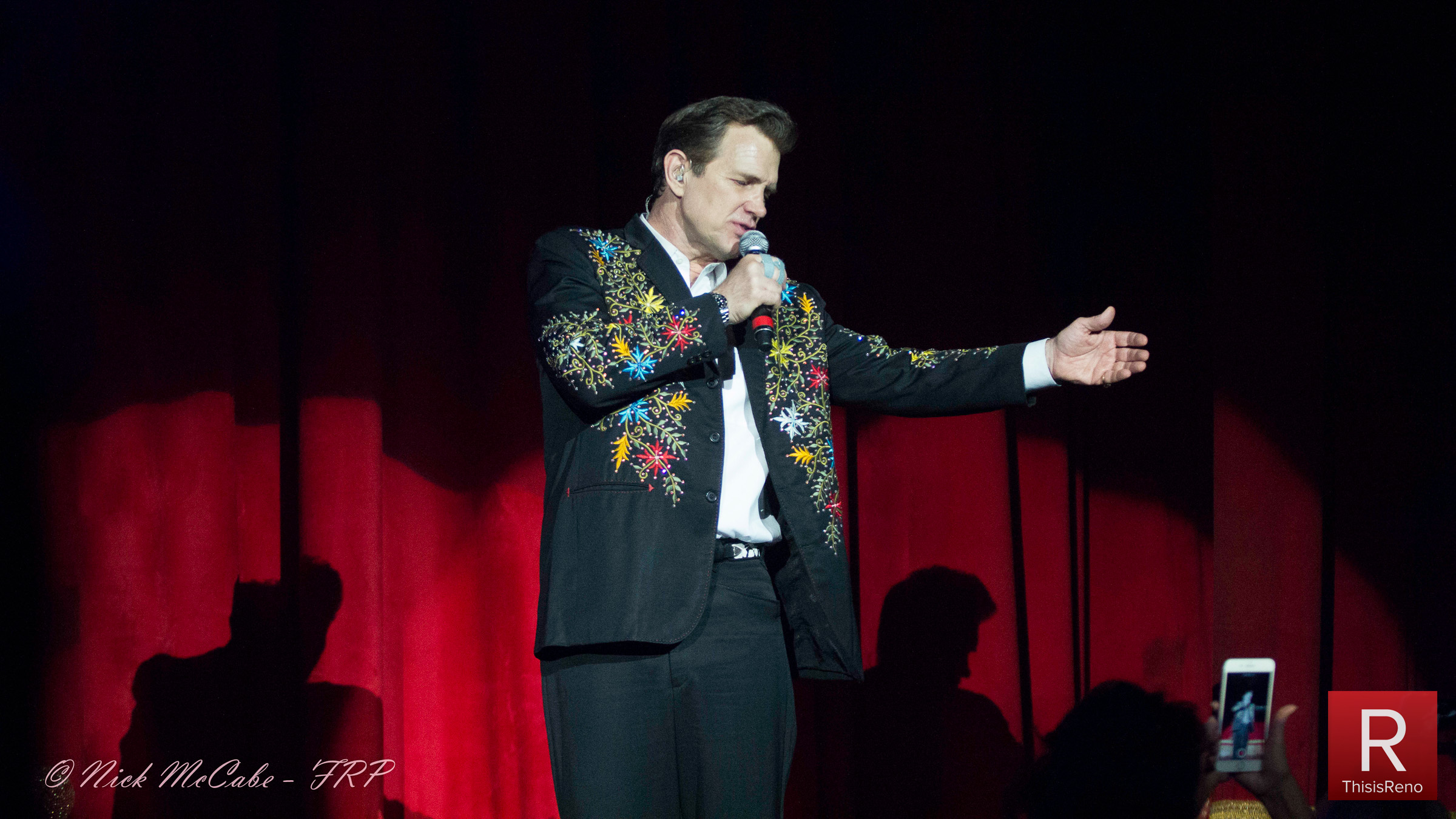 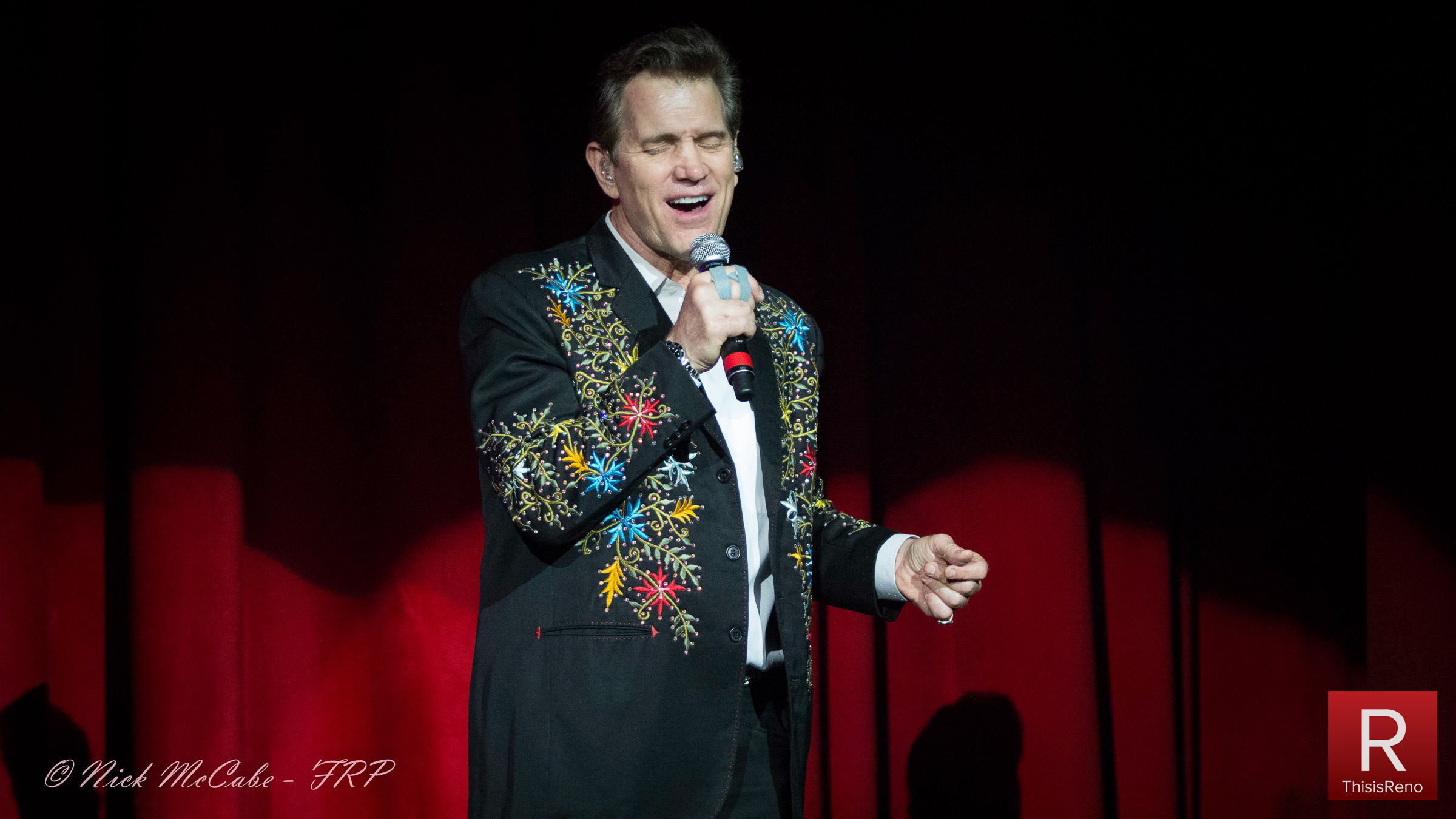 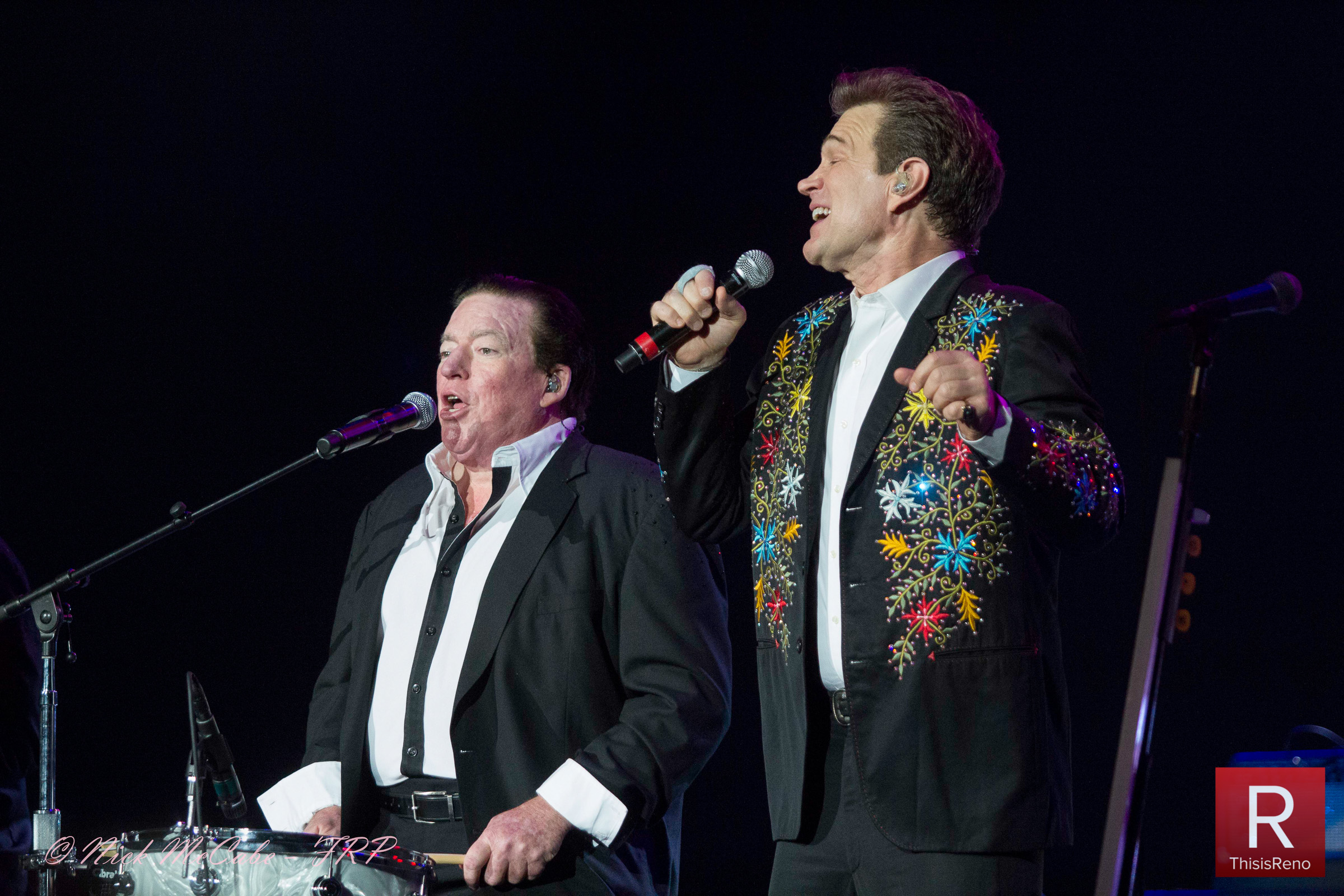 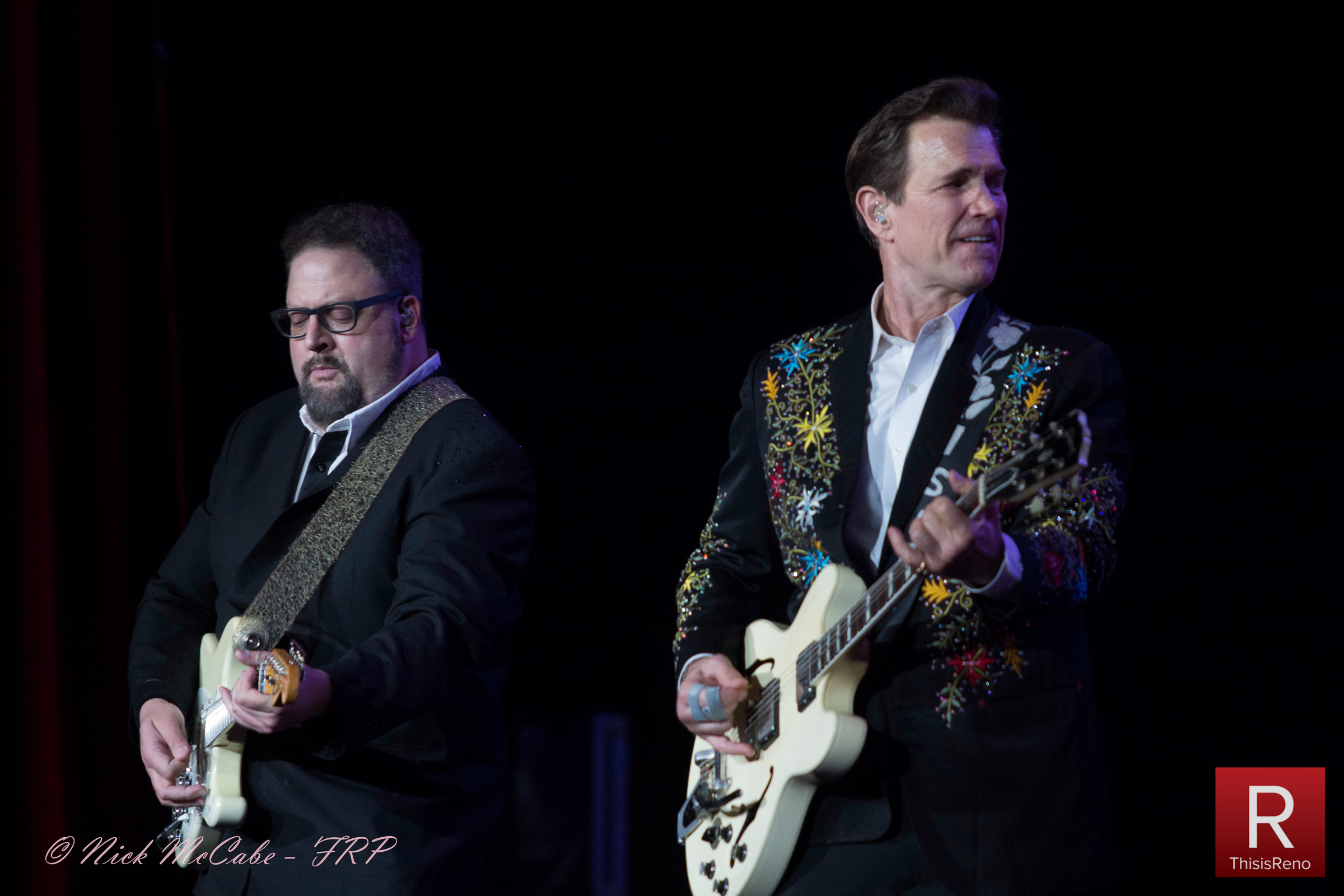 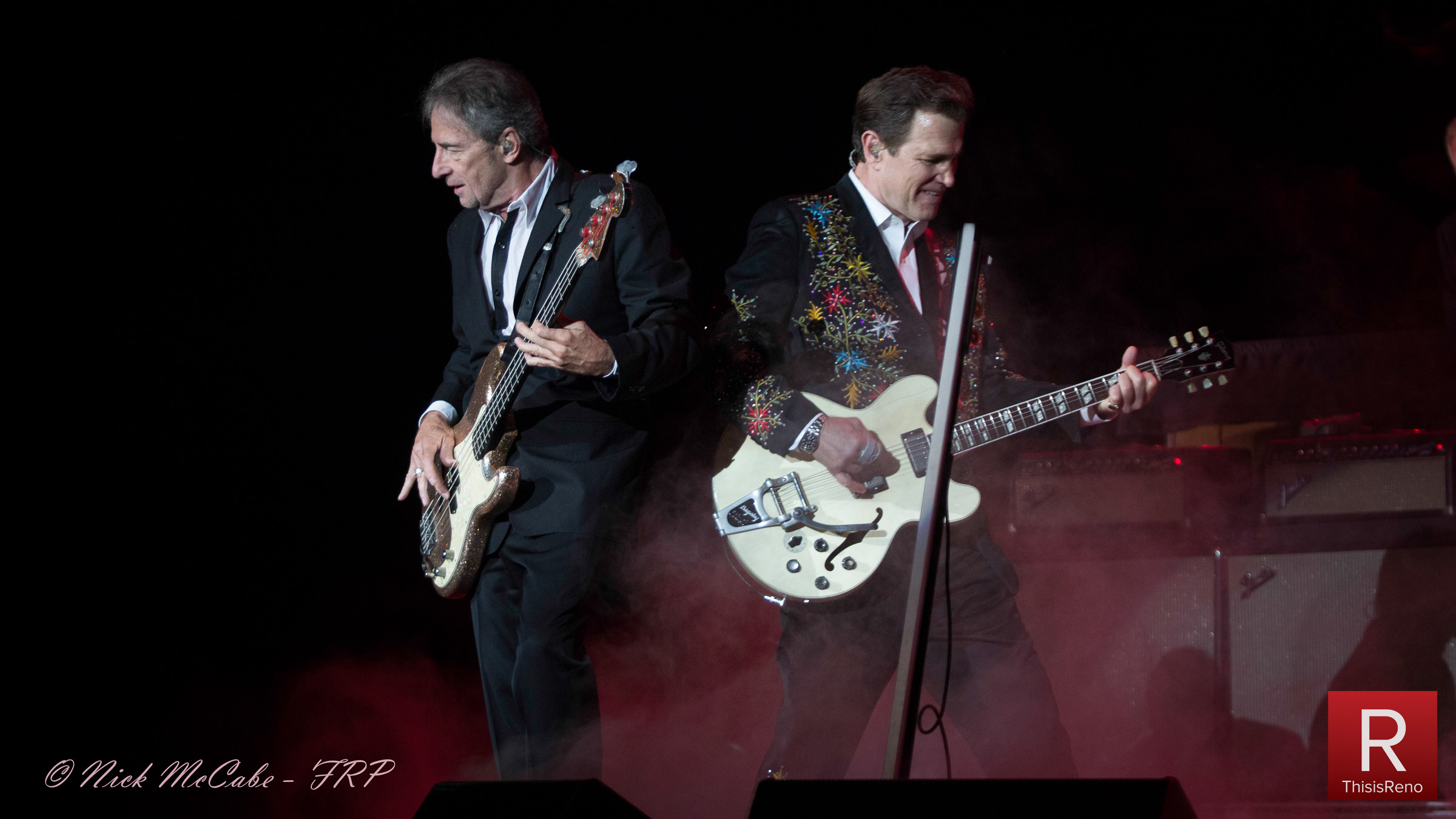 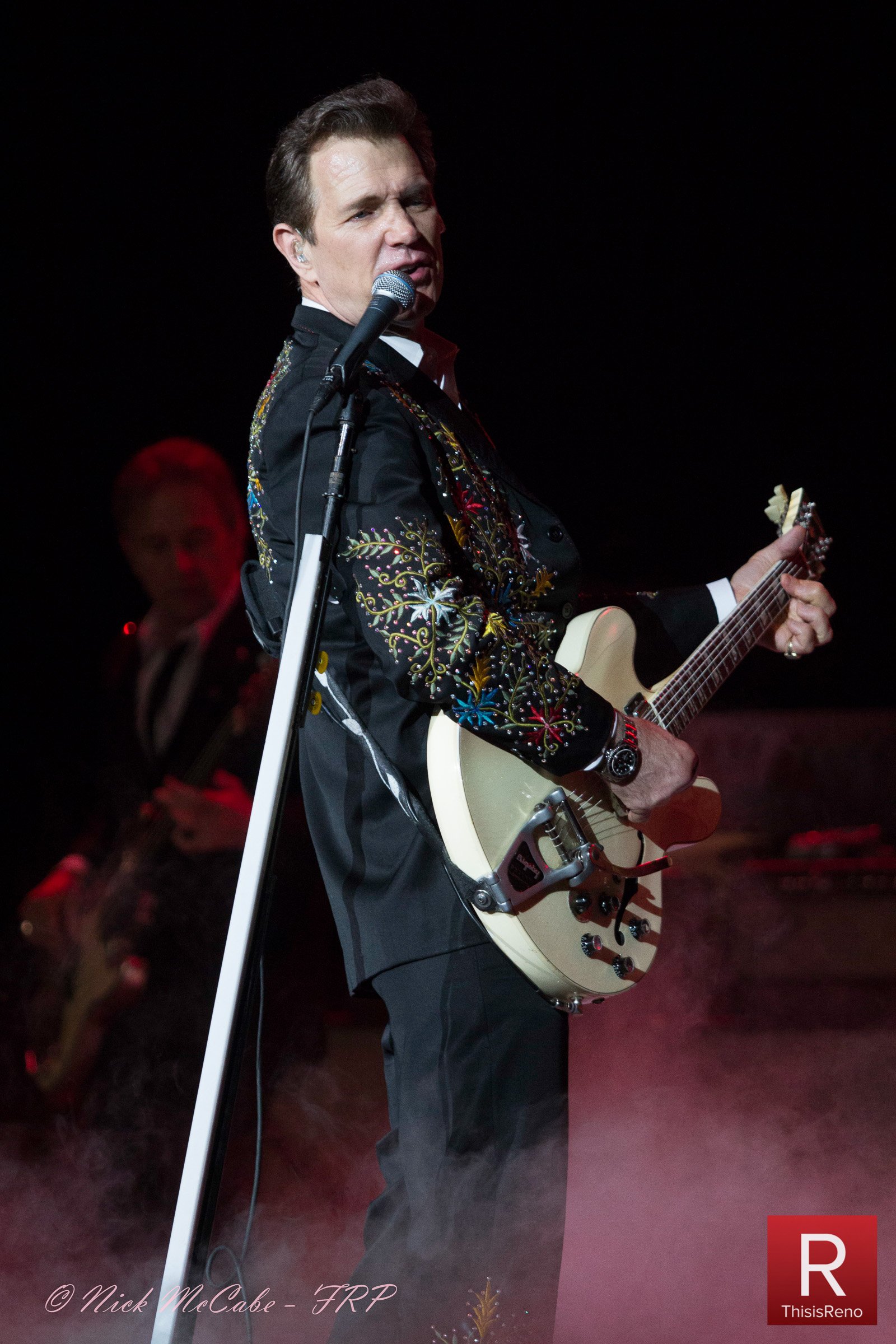 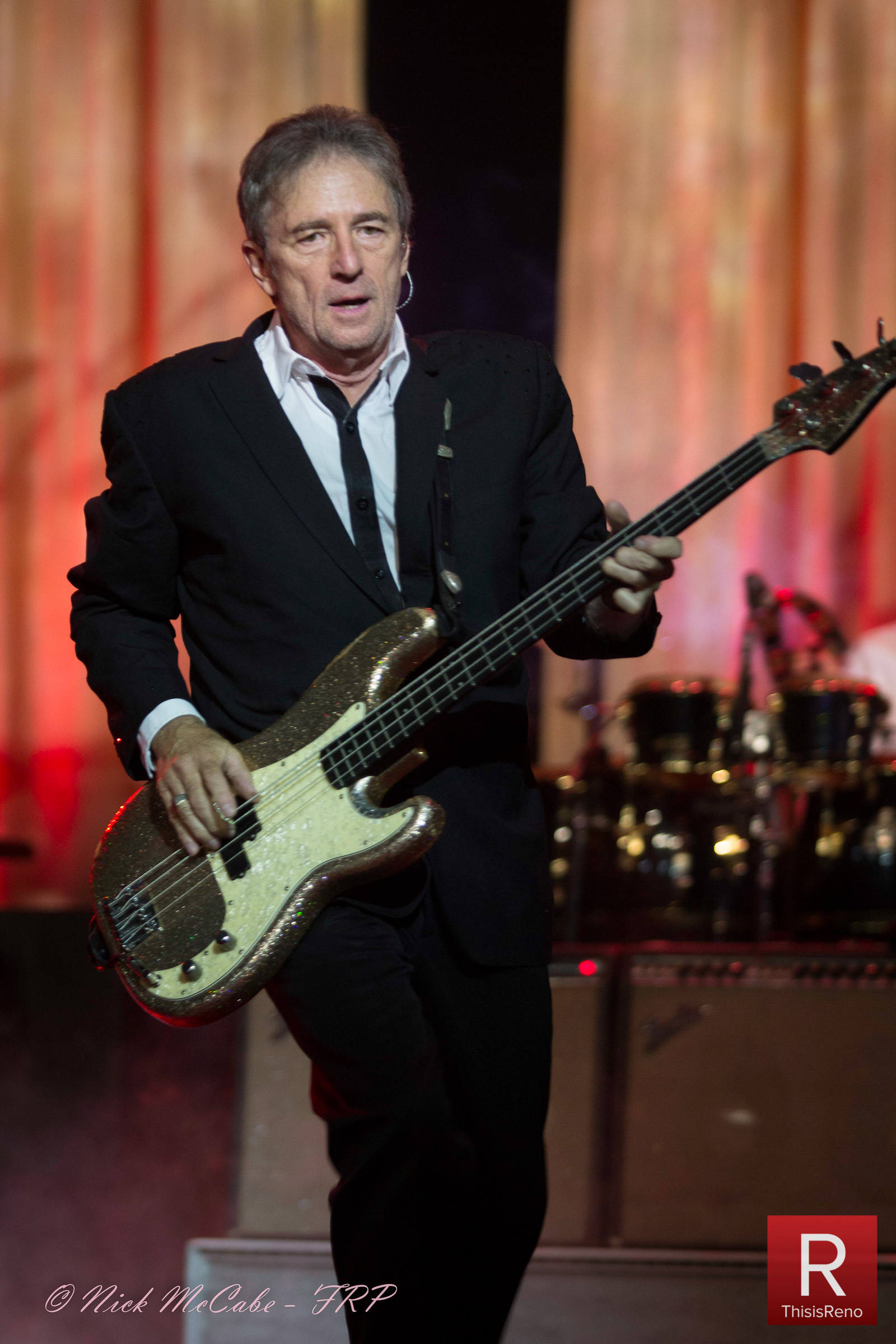 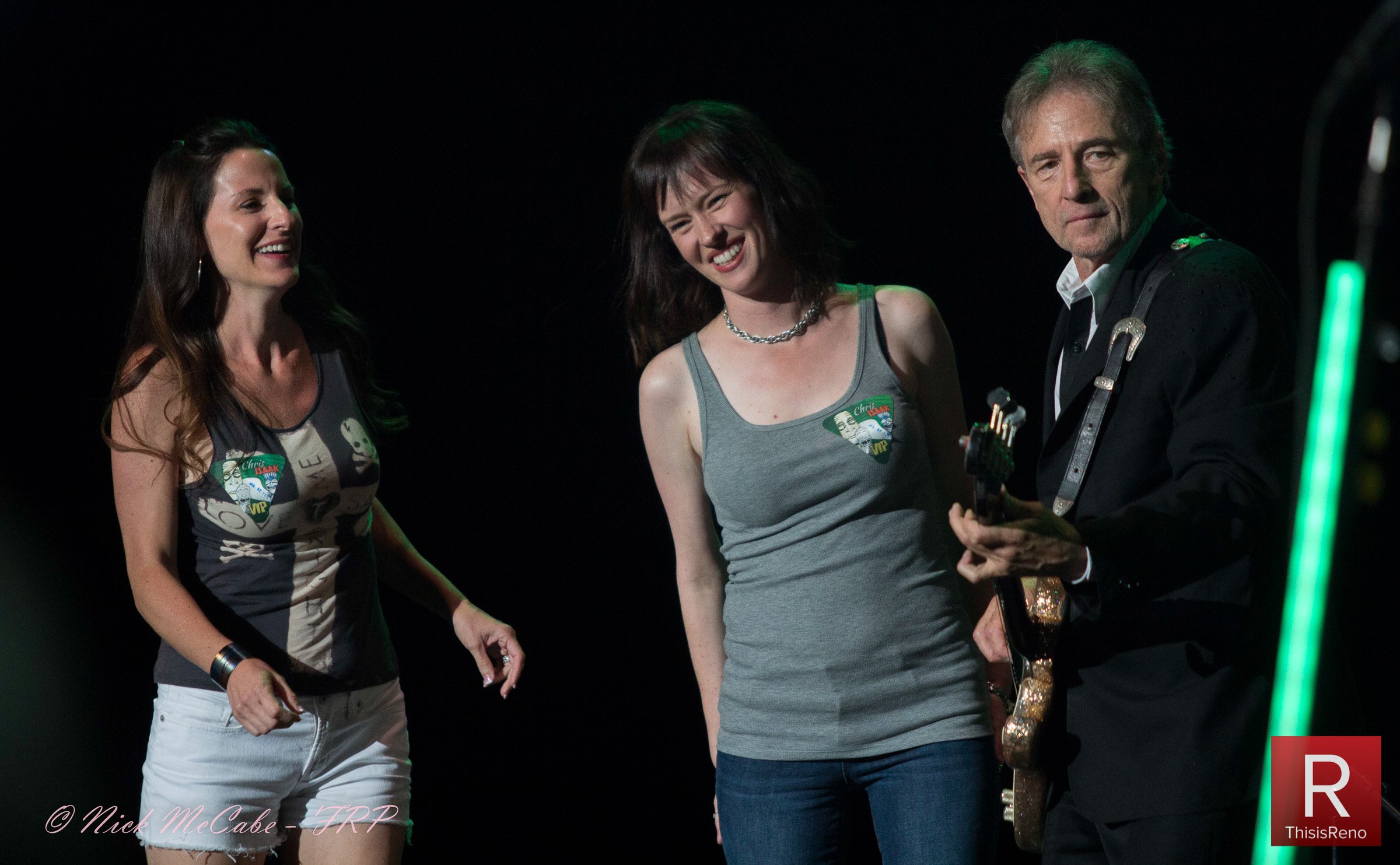 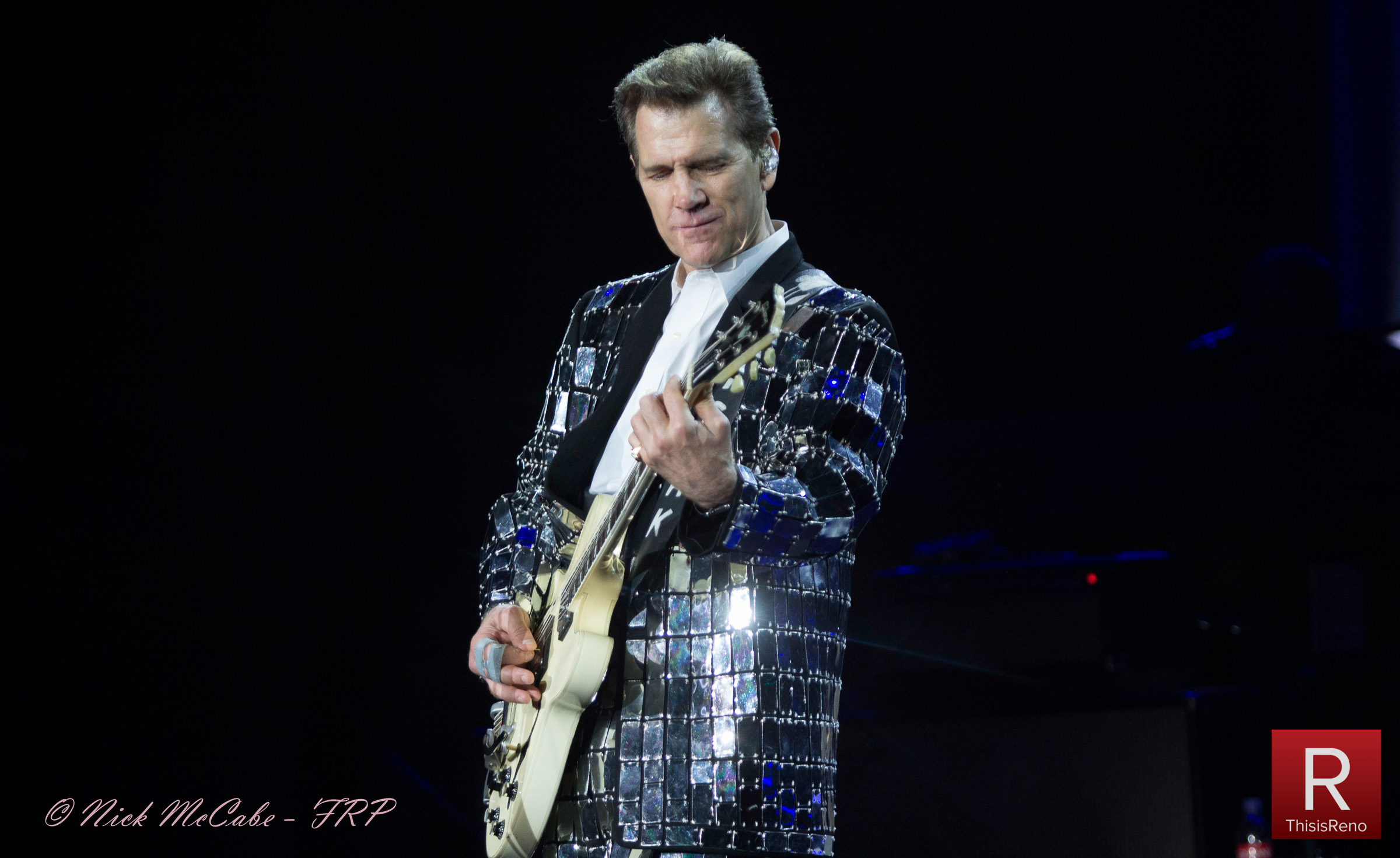 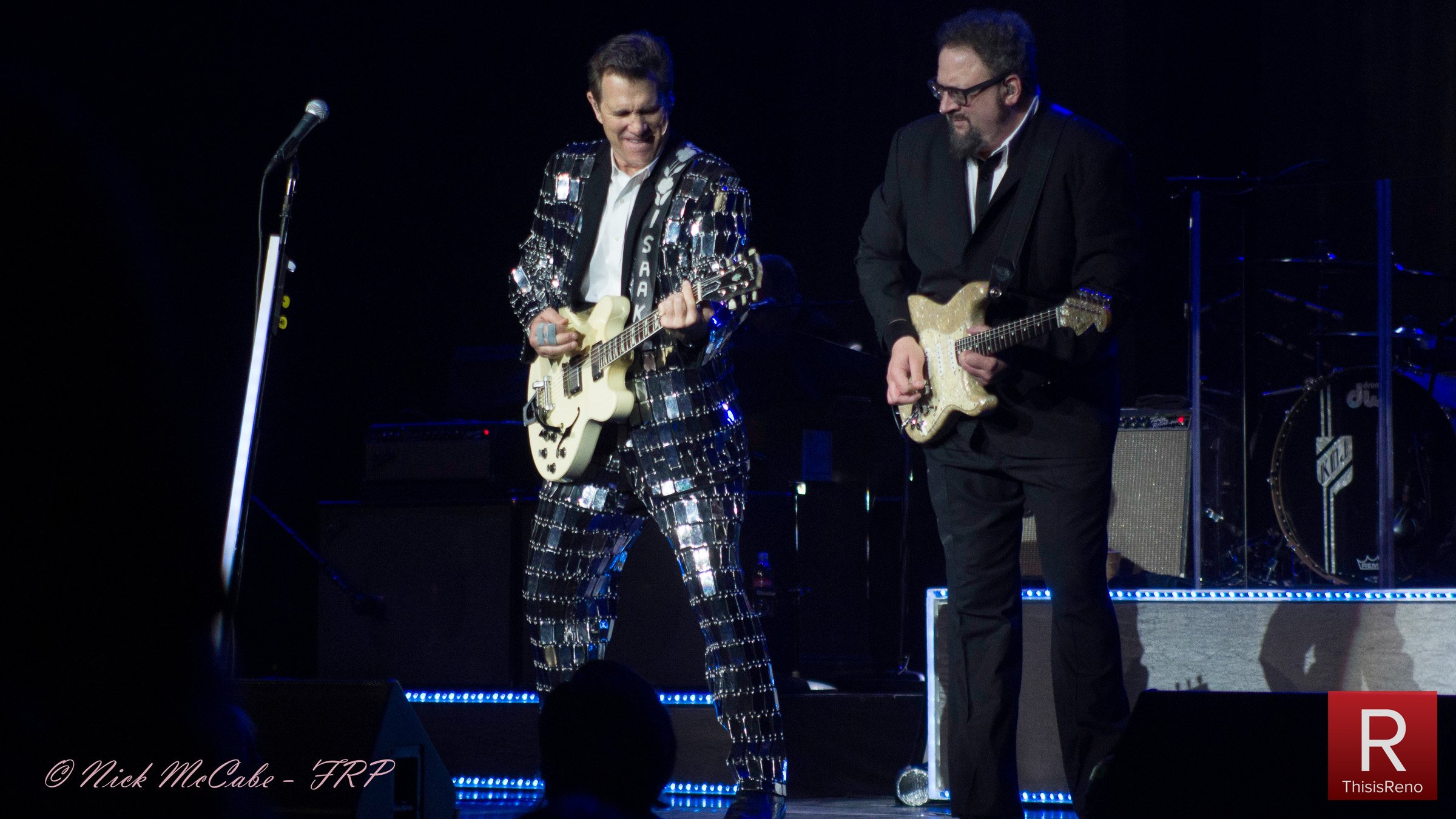 Chris Isaak came to Reno’s Grand Sierra Resort Friday night and played to a very appreciative crowd. His happiness to be on stage is obvious; he exudes joy in being there and appreciation of the audience for being there as well.

“I just want to say, thanks for showing up for live music. We appreciate it. It’s not like TV. You’re not just looking at us. We can see you too…and what do we see? We see beautiful people who love the arts and support them.” – Chris Isaak

Isaak was in good spirits as he played, sang, told stories, and joked with the crowd. He was even happy playing with an injury of some sort. Two fingers on his picking hand were wrapped together all night. You couldn’t tell by his performance that anything was amiss. By that I mean he didn’t let on that he was bothered by it.

Isaak grew up in Stockton, California, I grew up 50 miles away in Sacramento, and we graduated one year apart. This makes me feel an undeserved kindred spirit with him, but we did experience the same weather patterns at least. He said that playing in Reno was like being home. He shared a story from his childhood when his folks would occasionally take a trip to the magical mysterious Reno – a place he did not get to go. 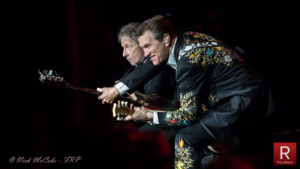 Isaak’s performance and his stellar voice are as sharp as ever. During “Wicked Games” he holds a single note for over 10 seconds, and it was pitch perfect. Not a waver. His band members are all long-timers with him. Rowland Salley (bass) and Kenney Dale Johnson (drums) have been with him at least since he first signed a record contract back in 1985. Not only did the band play well, they danced well together. Throughout the show little bits of stage choreography would pop up without notice; things like, all three guitarists suddenly stepping side to side and swinging their guitars in unison. This kind of extra effort is great to see.

Talk about showmanship! During “Live It Up” Isaak sent Hershel out to walk through the audience playing his guitar. He told the crowd to touch him, but I think it was a bit much when a woman almost climbed on his back. Security stepped in. Eventually Isaak joined him for the crowd adventure. After this song he invited a couple gals up to the stage to bring their cell phones to take a selfie with him. The end of “San Francisco Days” featured a long solo by percussionist Rafael Padilla and drummer Kenny Dale Johnson that was absolutely superb. To end “Go Walking Down There” Isaak and bassist Rowland Salley joined each other front and center and leaned forward strumming madly, looking back and forth at each other during a ridiculously long final chord. Showmanship – ya gotta love it.

So what do you get at a Chris Isaak show? Great stories, great music, great singing, great entertainment and fun, fun, fun.  In closing I’d like to share another Chris Isaak quote from the show:

“I grew up in Stockton, California. I know a lot of you have probably vacationed there, or know somebody who was incarcerated there.” – Chris Isaak 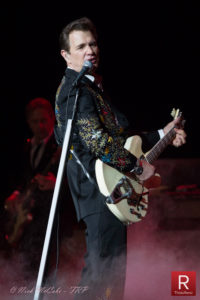 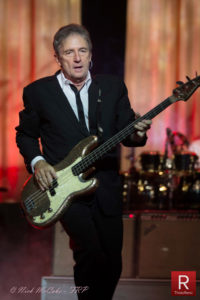