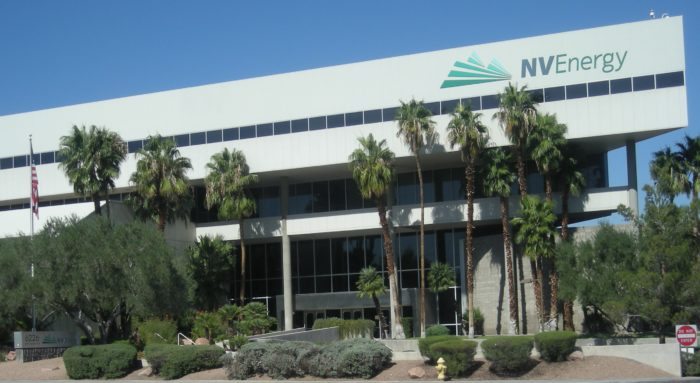 The NV Energy Foundation’s latest competition to vote on which nonprofit in Northern Nevada should receive a $10,000 grant has some in the non-profit community both excited and appalled.

The company’s “$20,000 Power of Good Giveaway” is asking for community votes on statewide nonprofits. An email address is required to vote, and “the organization with the most votes wins,” according to the company. NV Energy is granting $10,000 to one nonprofit in the north and one in southern Nevada.

Most commenters on the utility’s Facebook page were supportive of the contest. One wrote:

“Everyone who is part of our Positively Arts Foundation, Inc. and Broadway Dreamers family thanks you, NV Energy, for this opportunity! You are an amazing giving force in this community and if anything, the daily voting centers we’ve created in honor of this competition has brought together many of our members who haven’t connected in while, so no matter what happens, this contest has already brought so much light back into our program and we THANK YOU from the bottom of our hearts!”

A few had pointed criticisms of the giveaway, with many — even those vying for votes — commenting in support of the critiques.

The contest was compared with the Hunger Games, where the meek are forced to battle for the grand prize while NV Energy reaps public relations benefits, according to critics.

“Using non-profit organizations as a publicity and advertising scheme? May the most popular nonprofit win? Come on…” wrote YeVonne Allen on Facebook. “Did you know that you don’t even give nonprofits a discount on their power bill? Wouldn’t that be great and a true act of selflessness?”

At least one non-profit advocate on the national stage has been outspoken about popularity-based giveaways like NV Energy’s.

In an article called “How donor-centrism perpetuates inequity, and why we must move toward community-centric fundraising,” Vu Le, executive director of Rainer Valley Corps in Seattle, took to task the notion that donations should focus on the donors.

Such an approach, he said,

“fuels systemic injustice. So much of our work is to address the challenges caused by wealth disparities, much of which is built on historic and current injustice. To constantly put donors in the center and appeal to their emotion and ego means there is less time and energy devoted to helping our donors understand and navigate the systemic injustice that they may be inadvertently contributing to.”

Le added that a donor-centered model actually demeans the donor while creating that Hunger Games-like atmosphere among nonprofits.

“All of this competition perpetuates the Nonprofit Hunger Games, where instead of working together to solve issues, we nonprofits are forced to fight with one another, resulting in all of us and our community losing,” he added.

Another critic, who wanted to remain anonymous because they are involved with fundraising for a local nonprofit, said NV Energy’s contest imposes a double-standard.

“Non-profits are continually asked to be efficient and responsible stewards of donor dollars,” the person said. “They are also asked to be run more like businesses. These sorts of contests essentially say to the nonprofit, ‘we want you to be good stewards of dollars,’ but they create a frenzy among dozens of nonprofits in which only one will win. It’s not a good investment of our time. Most will end up with nothing to show for the time devoted to this campaign.

“You can’t gauge what most nonprofits need for money, or their effectiveness, based on popularity.”

“Even a couple hundred to each accepted (organization) to compensate them for staff time, use of their street-cred, and indirect access to supporter lists would go a long way to fixing these problematic competitions,” he added.

The company posted online that it donates millions to hundreds of Nevada nonprofits every year.

“The NV Energy Foundation has received an overwhelmingly positive response to the Power of Good Giveaway,” said NV Energy spokesperson Sarah Polito. “More than 64,000 votes have been cast – and there are still three days left in the contest. We are proud to see such a diverse group of nonprofits voluntarily participating in this friendly giveaway. This is just one of the ways we support hundreds of nonprofits each year.”

Kolbet-Clausell encouraged the company to change its contest model.

“This winner-take-all model is demeaning and (exploitative),” he said. “Every nonprofit I’ve seen in this contest deserves to win. Please reconsider the structure of this program.”

At the time of publication, the Fernley High School Music Boosters was leading the contest with 2,578 votes followed by Reno’s Urban Lotus Project, which had 2077 votes.

Information on the contest: https://www.nvenergy.com/community/funding/foundation/POG-giveaway.cfm