By Carla O'Day July 18, 2017
McDonald's inside of Walmart in Sparks. Photo: Carla O'Day 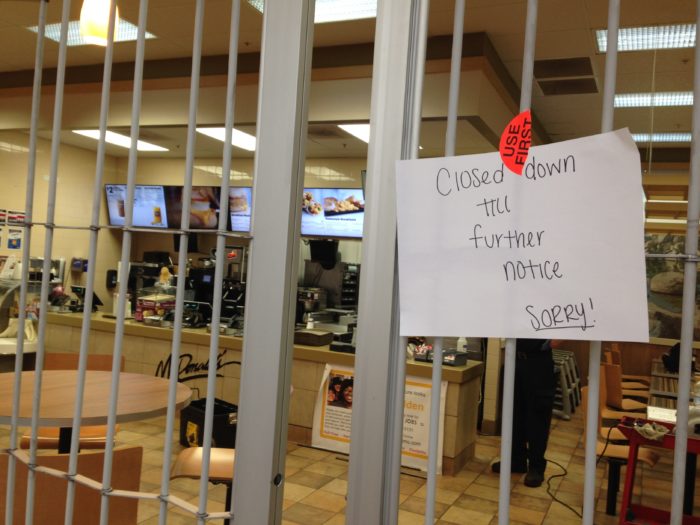 McDonald’s inside of Walmart in Sparks. Photo: Carla O’Day

An incident Monday at a McDonalds in Sparks forced its temporary closure, but the restaurant re-opened Tuesday afternoon.

The ansul fire suppression system went off at 1:55 p.m. at the McDonalds inside Walmart Supercenter, 5065 Pyramid Way.

Haderline said there were no injuries from the incident. The owner-operator of the restaurant is working to figure out why the system was set off, he said.