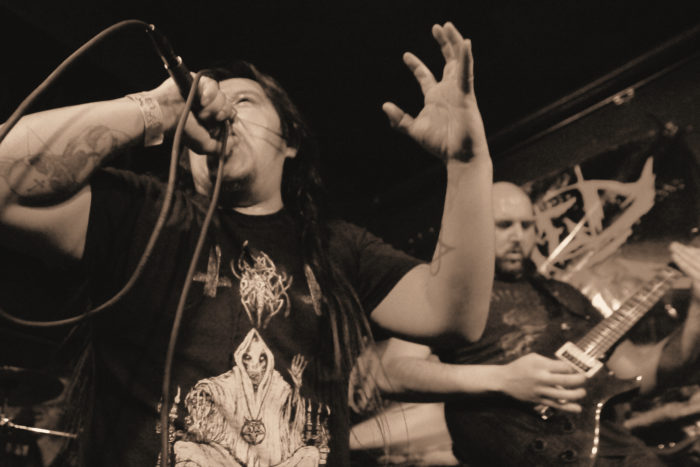 Local Band Alert: ThisisReno takes a closer look at local bands in this series of 5-minute interviews. This week we interview Condemned Existence.

Condemned Existence is a metal band from Reno. Implementing many metal sub-genres, the band has a blend of fast thrash parts with groovy rhythms and breaks.

THIS IS RENO: How did the band get started and who are your fans?

CD: I (Navarro) was in my home studio working on my chops and playing to music I like. I had been looking for musicians or a band to play with after the two years I spent playing with SoulTorn from Reno. My wife (Holly) found an ad on Craigslist. The ad said, “guitar player looking for a drummer with metal influences.” The guy that put out the ad was not what I was looking for, and we both could tell it was not going to work, but he told me he knew a guy that plays the style I was looking for.

So he introduced me to Matt Garito. (Garito) and I meshed together like peanut butter and jelly. We played together for about four months and worked on the music that started the Condemned Existence sound.

Then shortly after that I called my long time brother Richard Tom, the old singer for Inverted Aim and Seven Churches. I got him to our studio and gave him the mic, and — holy crap — our singer was found.

So after about a month of working with Tom, we all talked about getting a bass player, and Tom said he knew a guy (Steve Moore) that played at the open mic nights in Fernley. Garito and I said ask him if he is interested in trying out for the band, and he showed up with Tom at our next rehearsal. He did great, and after two or more rehearsals we asked him if he wanted the gig and he said, “f*ck yes.”

The band Condemned Existence was born.

Fans are between the ages of 15 to 60 years of age, and they are worldwide. They are the Condemned Army.

CD: Forceful and unforgiving. Thrashy yet groovy. Style is a total mish-mash of all sub-genres of metal.

TIR: How can people hear your music when you’re not playing live?

CD: Reverbnation.com, Soundcloud, YouTube and by purchasing our new EP.

TIR: How can people get a hold of you?