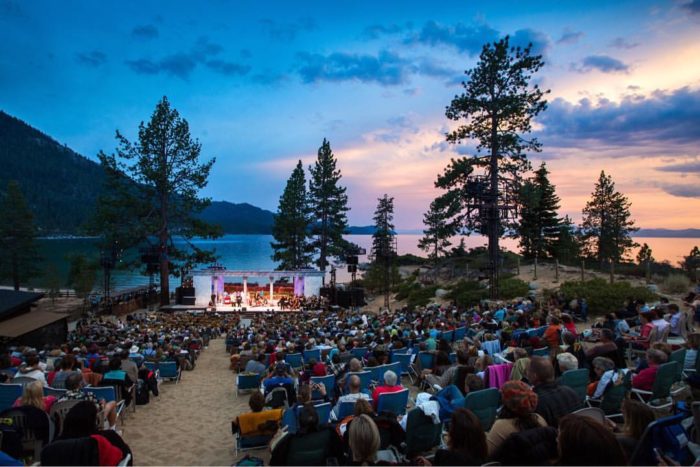 In “Hound of the Baskervilles,” by Arthur Conan Doyle, Sir Charles Baskerville is found dead with paw prints of a giant hound beside his body. Detective Sherlock Holmes is summoned to unravel the mystery.

In “Love’s Labour’s Lost,” one of William Shakespeare’s early comedies, the king ordered his court be free of women so he and his men can study without distraction. However, things don’t go as planned when a princess and her entourage visit.

Shows rotate Tuesdays through Sundays until Aug. 27. All showtimes are at 7:30 p.m. Prices per show range from $15 to $99, depending on seat and day of week. Two-show packages are also available.

On Monday evenings in lieu of the plays, various groups perform on the main stage, including the Sierra Nevada Ballet, Reno Philharmonic, and Reno Jazz Orchestra, among others. Ticket prices vary based on show and seat.

Food and beverages are available for purchase and can be pre-ordered.

For families with children, the D.G. Menchetti Young Shakespeare Program is back again this year with an interactive one-hour adaption of “Love’s Labour’s Lost” created with young audience members in mind. Several performances are scheduled on the main stage, along with productions in Reno, Minden, and South Lake Tahoe. This program is free with suggested donations of $5 per adult and $1 per child.