Grant Awarded to City Will be Used to Reconstruct Swope Pyramid 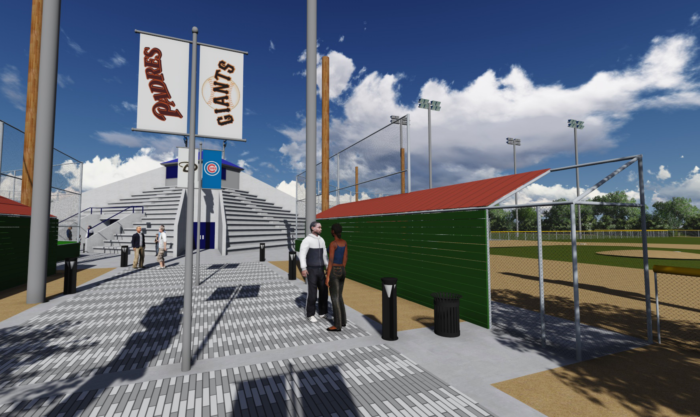 At almost 50 years old, the Swope Pyramid is about to get a more than $1 million facelift.

Citizens have been raising funds for the pyramid’s reconstruction, and they reached that amount this year through cash and in-kind donations.

The project got additional support from the city today.

The William N. Pennington Foundation approved a $200,000 grant to the city to help reconstruct the facility at Swope Middle School. In turn, the city will donate that money to Reno National Little League, which will work with the Washoe County School District to complete the project.

City Council members also kicked in $20,000 from its donation funds, which are budgeted in the city’s general fund.

“We’re excited,” said Mike Watland, a Reno National Little League board member and Save the Pyramid committee member. “It’s been a 3-year fight to get things going.”

Built in 1969, the pyramid is owned by the school district, but maintained by the city under a joint use agreement.  Wetland said it’s important to salvage the facility for future generations.

“We haven’t been able to host tournaments because it’s become less and less safe as years have gone by,” Watland told council members.

No other expenditure of city funds is anticipated other than normal maintenance already in the Parks, Recreation and Community Services Department’s annual budget.

A “Save the Pyramid Field of Dreams” party is planned from 5 to 8 p.m. Aug. 20 at Swope Middle School, 901 Keele Drive. Visit http://savethepyramidreno.wixsite.com/save-the-pyramid for more information.