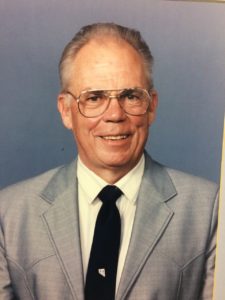 Galen “Mitch” Mitchell Sr., a former Washoe County School District (WCSD) trustee and veteran of the Korean War, passed away July 9. He was 84.

“We are sorry to hear of the passing of Galen ‘Mitch’ Mitchell. He served as a member of the WCSD school board from 2003 to 2006, and worked hard to provide support for students and their educational journeys. His efforts on their behalf will not be forgotten, and we send our condolences to his family and many friends.”

Mitchell was elected in November 2002 and served constituents of District C, which consists of the North Valleys, Spanish Springs, Wadsworth, and Gerlach. He lost a bid for re-election in 2006.

While in office, he often toured schools and visited school construction sites to be sure things were getting done on time and not going over budget. He was a vocal supporter of rotating board meeting locations to better reach the community, impact fees on new home sales, and vocational education.

According to his obituary released July 18, Mitchell served two tours of duty in the U.S. Army during the Korean War with the 82nd Airborne and 720 MP Battalion. Following his military service, he had an almost 30-year career in law enforcement, which included posts with the Nevada Highway Patrol, Attorney General’s Office, and state Gaming Control Board.

He leaves behind his wife Lisa and five children, along with several grandchildren and great grandchildren. A celebration of his life is planned in the fall.