By Carla O'Day Published: June 21, 2017Last Updated on June 30, 2017
Water efficiency will be the focus of TMWA's contributions to the City Energy Project. 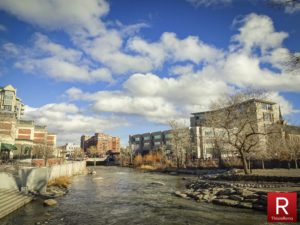 Water efficiency and conservation will be the focus of TMWA’s contributions to the City Energy Project.

The Truckee Meadows Water Authority (TMWA) board approved an agreement Wednesday to support Reno’s involvement in the nationwide City Energy Project by providing $20,000.

TMWA will be a “visionary level” sponsor, making a $10,000 payment to Reno this year and a second one in 2018. The utility’s participation will focus on increasing water efficiency and developing water conservation goals.

“It’s just another part of our conservation program,” said John Enloe, TMWA director of natural resources. “Even though it’s going to the city of Reno, it’ll benefit the whole community. The lessons learned will be valuable.”

Reno got a $560,000 grant from the City Energy Project and the support from TMWA will be part of the $100,000 required match. Financial support to the city has also come from Renown Health, Barrick Gold Corporation, and Gaia Development, among others.

TMWA general manager Mark Foree told the board that funds for this project have already been budgeted.

The project is expected to save up to $11 million on energy bills in Reno through 2030 and is projected to cut about 95,000 metric tons of carbon emissions from buildings annually, which is an equivalent to taking 73,835 cars off the road for one year.

For example, San Francisco’s population is approximately four times that of Reno but it emits half the emissions of Reno. Barker noted that San Francisco has been working on initiatives for decades and has a highly-used transit system.

Some TMWA board members said it’s about time something get done locally and it starts with educating owners of large commercial buildings.

Buildings are the largest source of carbon pollution nationwide, with lots of energy wasted by inefficient systems and operations, according to the City Energy Project. 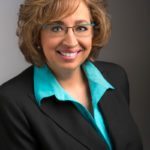 “Until you know what you’re using, it becomes a self initiative to make those improvements because it’ll help your bottom line,” Reno City Councilwoman Naomi Duerr said. “But if you don’t know, you’re losing an opportunity to reduce cost.”

Barker said a “Better Building Challenge” will be launched soon and will challenge building owners to reduce energy use by 20 percent during the next decade.

This is a joint project of the Natural Resources Defense Council and the Institute for Market Transformation. It works with participating cities to make buildings more efficient and reduce harmful pollution.

Funded by a partnership with Bloomberg Philanthropies, the Doris Duke Charitable Foundation, and The Kresge Foundation, the project launched in January 2014. More than 50 municipalities nationwide have signed on. (Clarification: This amount is the number of cities taking part in the Better Building Challenge. Twenty cities are taking part in the City Energy Project.)

Correction: The original article cited Barrick as Barrick Goldstrike Mines. The company’s name, as used on its website, is Barrick Gold Corporation. The article has been corrected.

The video of the hearing was added to the story to contribute additional context. The complete meeting may be view online through the Truckee Meadows Water Authority.